Any news about the performing art center ?

Besides the chosen REX Architecture to design the building, not any news so far. I’m waiting for any of them about this building as well.
But, according to this website:
http://www.pacwtc.net/building/

The building for PACWTC will be flexible and elegant and provide the most dynamic possible artistic experience, while also staying true to the needs and desires of the neighborhood and the city. It will meet the demands and challenges of the performing arts of the 21st century like no place elsewhere.

The conceptual design will be unveiled in Spring 2016.

So let’s wait a bit more and finally see how this Performing Arts Center will look in the World Trade Center site.

I was just thinking that if Larry doesn’t get a tenant for WTC2, what are the odds of a massive residential tower? Imagine how many 1000’s of units could fit in 3 million sq-ft. Could be the largest residential tower in the world. Even if lets say at 800 sq ft a unit, thats 3750. Add in the differential with units 1200-2000 sq ft, and we could look at 3000 easily.

If Larry can’t find a tenant for tower 2, he should just build on spec if possible. Obviously switching the gears from office to residential would warrant yet another redesign. I believe this will remain for commercial use and 5 WTC is still the best candidate for a hotel/residential development if they ever decide to actually build something there.

Hum… An interesting thinking there, Chris.
But, in my opinion, I don’t think it’ll happen with the Tower 2. I’m still thinking in this moment that it’ll turn into an office skyscraper as Larry desires.

However, Tower 5 could still have a chance to be a hotel, residential, or both instead of office building. And if it does, I’ll be so happy because it’ll be like restoring the memories and the aura of the 3 WTC or WTC Marriott Hotel.
And speaking of which, have you noticed that the One World Observatory elevator (the one that goes down) shows the original and forgotten design of Tower 5? 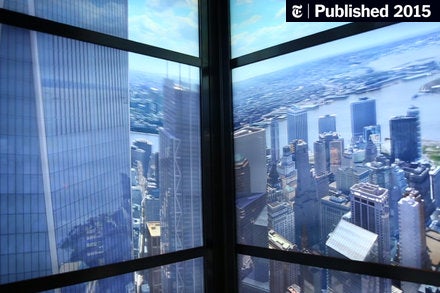 Coming down from the observatory, the glass-walled cab seems to slip out of 1 World Trade Center entirely and float earthward in a great arc. 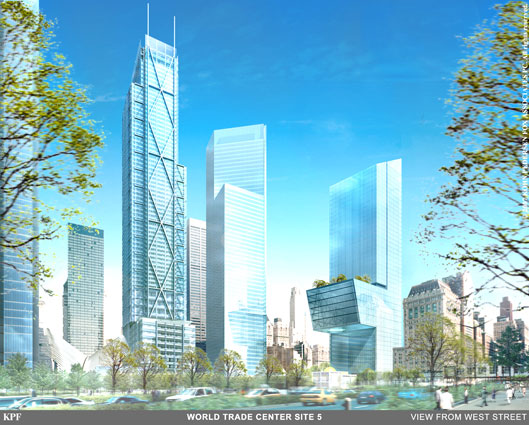 I hope the new design for Tower 5 gets as cool and pretty as this one.

Curiosity: I didn’t get in One WTC, but I watched on many videos from YouTube and other sources, hehehehheh. Still, I wish to go visit to New York City for the third time ^^

Hey everyone! Check this out!

From this link here: A Changing Skyline: The World’s Tallest Buildings Over Time

914×2827 940 KB
Although the Sears/Willis Tower scale is totally wrong next to the Twin Towers and the drawing of 40 Wall Street (also known as the Trump Building) has been switched with the modern Chicago’s Trump International Hotel and Tower, it’s cool to see this kind of diagram nonetheless.

Oh, I noticed that they forgot to add the Waldorf Astoria and General Electric Building (or 570 Lexington Avenue) in it!
Any more skyscrapers missing, guys?

A lot of the heights are way way off.

Notice that the Twin Towers are like 1100 feet in 2000 and 980 feet in 1980. When it fact they were both around 1350. And ya sears tower is way off. I believe they scaled it as if the Antenas are included in its height, which it is not, a correct scaling would have the PETRONAS twin towers spire just above the roof of Sears.

This is the drawing I made in 2005 of the future New York City as I imagined. ^^ 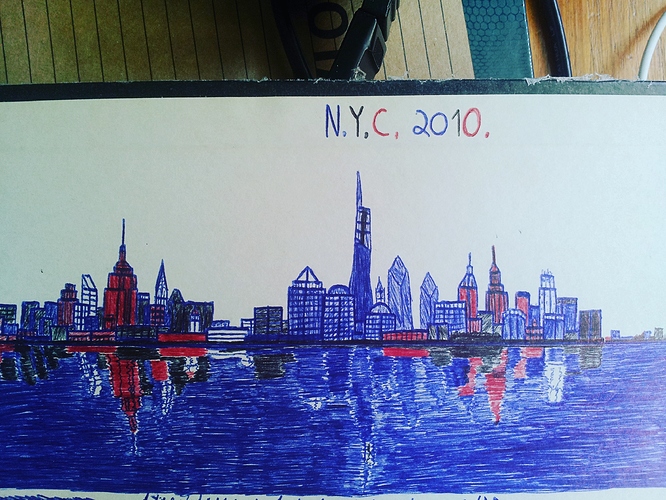 And this one I made in December 13-14, 2008.
The future skyline of Manhattan’s Financial District, or so I thought.

There are mistakes or innacuracies, but I still love this drawing. 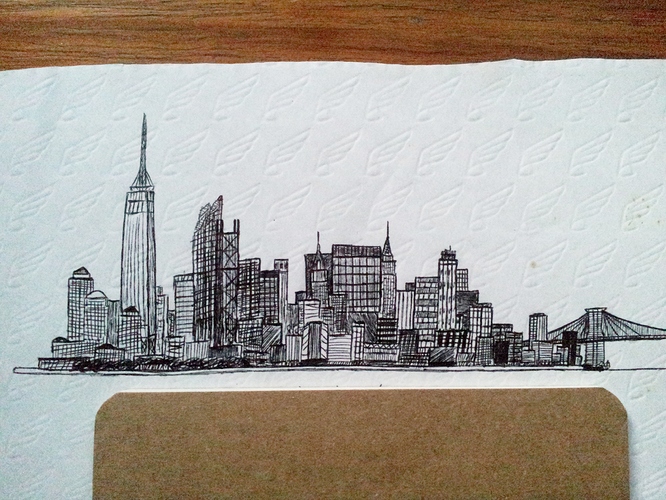 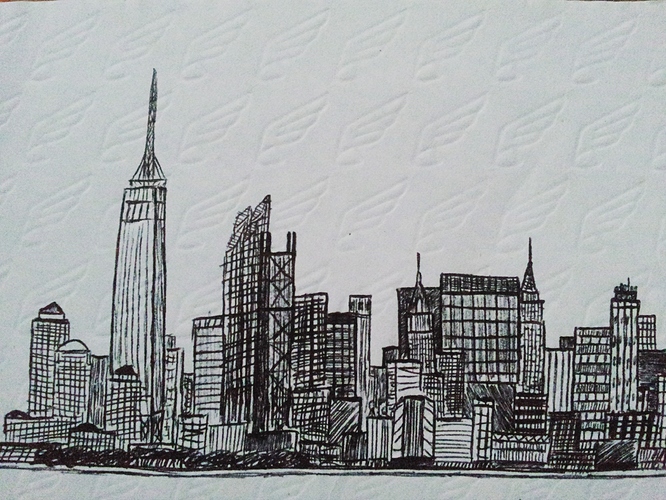 Cheers and thank you, Vertical_Gotham. ^^ 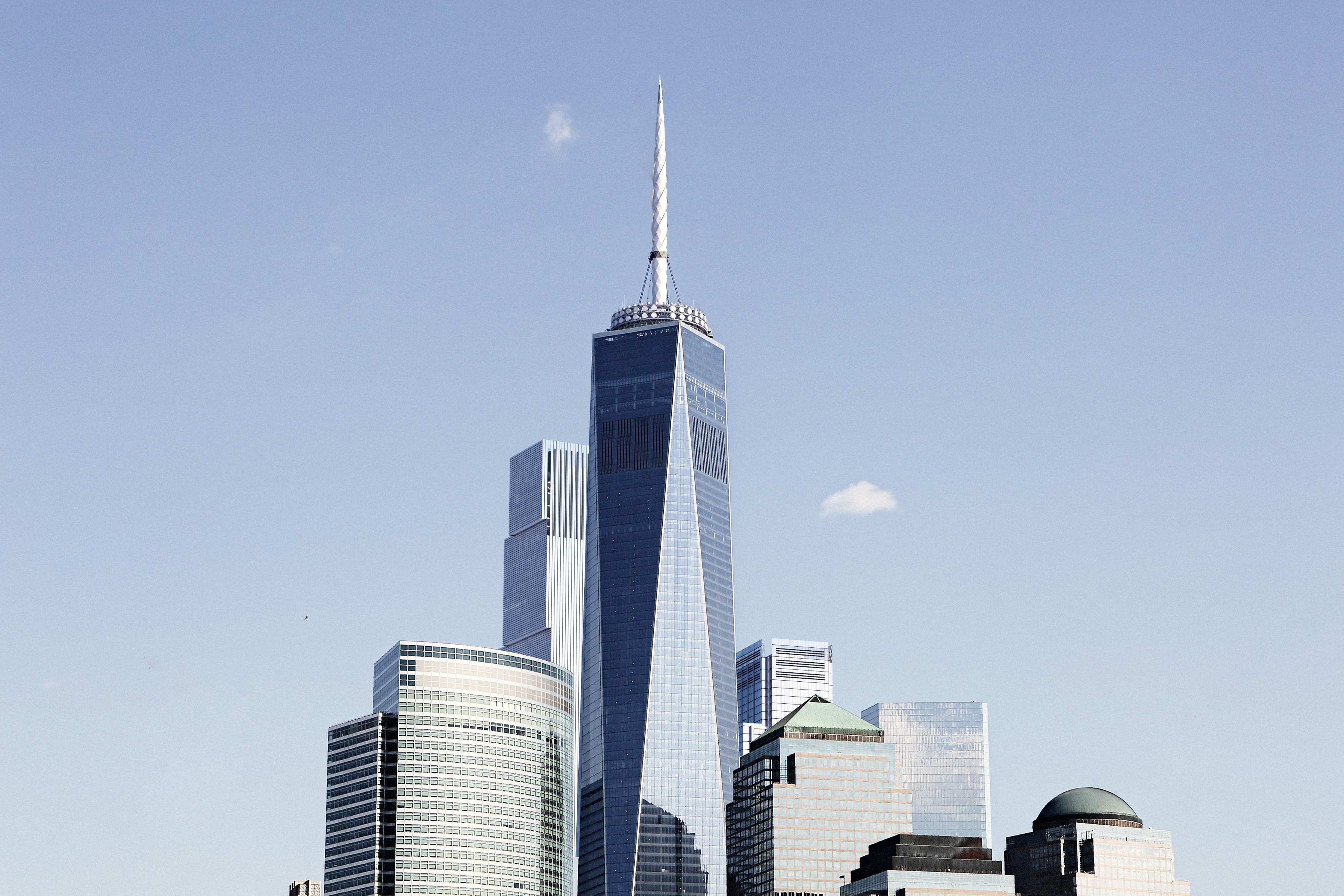 Here’s a fun fact for you guys, when the World Trade Center is finished, it will cost $14.9B! 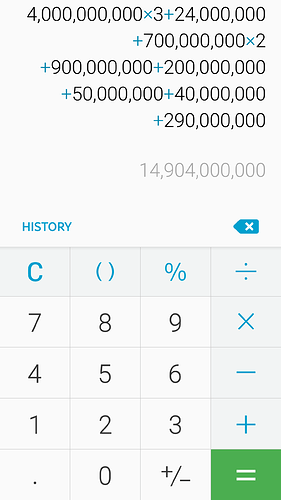 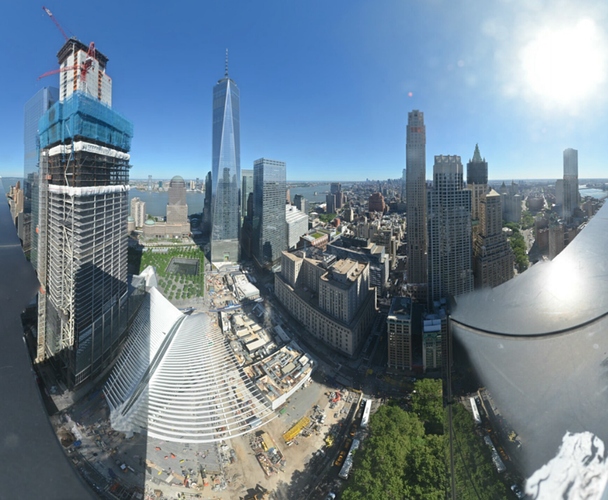 If only the Port Authority could do math Thomas, they might realize that the plan didn’t go as smoothly.

You should do a calculation for how much the LaGuardia overhaul will cost. Right now its 5 billion, but that seems cheap compared to what it really will cost when its all set and done.

“PA incompetence” or PI is a variable btw. and its exponential by a factor of a 1000!