YIMBY has the reveal for 101 Murray Street — aka 101 Tribeca — which is being developed by Fisher Brothers and The Witkoff Group. A tipster sent along the renderings, also confirming that the tower will become the tallest residential building in Lower Manhattan, surpassing both 56 Leonard and 30 Park Place; Kohn Pedersen Fox is the architect.

Previous renderings – apparently from a design competition — were deemed inaccurate, and thankfully so; KPF’s skyscraper will gracefully tower over its surrounds without a spaceship on top. The facade sweeps upwards from the base of the tower, culminating in a pointed pinnacle approximately 950 feet above the streets below.

101 Tribeca with One World Trade Center in background, image by KPF

The 63-story building will have 129 condominiums, with its entire floor area totaling 433,800 square feet. Ceilings will be palatial, and the glassy facade will offer sweeping views over Manhattan, New Jersey, and Long Island, enhanced by the tower’s relative isolation on the skyline.

Design-wise, 101 Tribeca bears semblance to 45 East 22nd Street, which is also a KPF project; both towers will expand as they rise, taking maximum advantage of allowed FAR by pushing their bulk where it is most profitable.

The project is removed from the heart of the Financial District, and it will become one of Lower Manhattan’s most prominent buildings, especially when viewed from the north. The 950′ figure may be approximate, and 101 Tribeca seems likely to approach the ‘supertall’ threshold of 1,000′; if the below rendering is correct, it may actually be slightly taller than the 977′ 150 Greenwich Street.

Pending design changes at 22 Thames — which was supposed to rise 960′, but has now traded hands — 101 Tribeca will rank as the third tallest building Downtown, behind One World Trade Center and 150 Greenwich Street. Lower Manhattan’s boom is now raging, though the former St. John’s dormitory must be demolished before construction on KPF’s latest marvel can begin.

Given the location and unbeatable views, pricing is likely to be astronomical. No completion date has been announced, but demolition of the existing structure appears imminent.

Getting ready for demo! 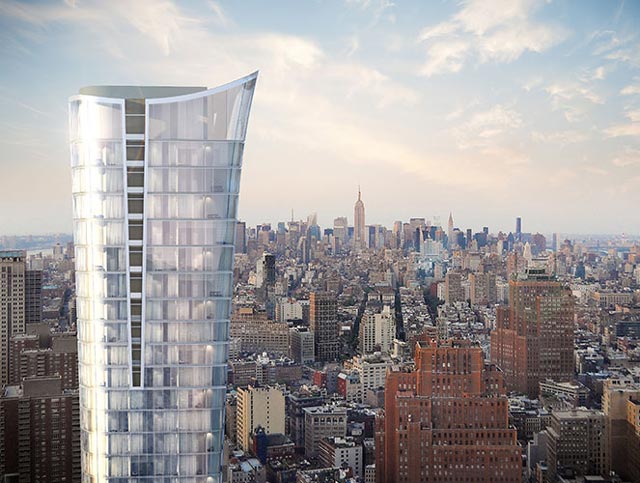 The Great Dummy Permit Frenzy of September 2014 has yet another applicant, though YIMBY already revealed the project earlier this year. The first filings are up for 101 Murray Street, between Murray and Warren in Tribeca; they list Goldstein Hill & West as the architect of record, and Fisher Brothers as the developer.

The permits indicate a height of 857 feet, which would be lower than figures attached to the renderings. DOB numbers also typically indicate the height to the highest occupied floor, rather than the actual roof, which could account for the discrepancy. The building’s 365,162 square feet of residential floorspace will be split between 139 residences, translating into a per-unit average of approximately 2,500 square feet.

Kohn Pedersen Fox is designing, and the tower’s actual height is likely closer to 950 feet. Its 62 stories will have a flute-like appearance, and levels 55-58 will have one unit apiece. The top four floors will be used for mechanical space, though the exact numbers and configuration may shift, pending amendments to the initial pre-building code-change filings. A 2,887-square foot retail component is also included on the ground level.

101 Murray will clearly be targeted towards an uber-wealthy clientele, given the generous floorplates and the Tribeca location. Similar projects are already underway at 30 Park Place, 56 Leonard, and 50 West, though per information attached to renderings, Fisher Brothers’ tower will be the tallest of the bunch.

Demolition on the old St. John’s building that currently occupies the site is already underway, though the old structure’s substantial size means that excavation is still a ways out. No word regarding financing has been released, but the building has been marketed as 101 Tribeca, capitalizing on the neighborhood. The Witkoff Group is also involved with the project, and given the firm’s recent success at 150 Charles, developer experience is definitely on 101 Murray’s side. 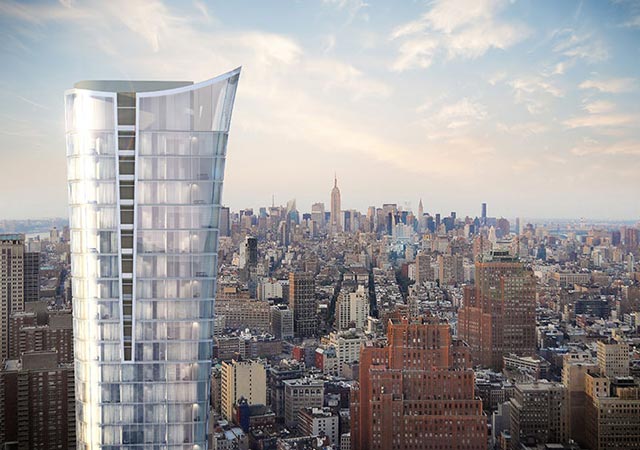 111 Murray Street’s progression from old college building to development site took place relatively quickly, and while the ultimate tower will not have a spaceship perched at its top, it will be very tall and very glassy. YIMBY revealed the actual design last year, and new zoning diagrams filed with the DOB confirm that the Kohn Pedersen Fox-designed scheme will soon be realized 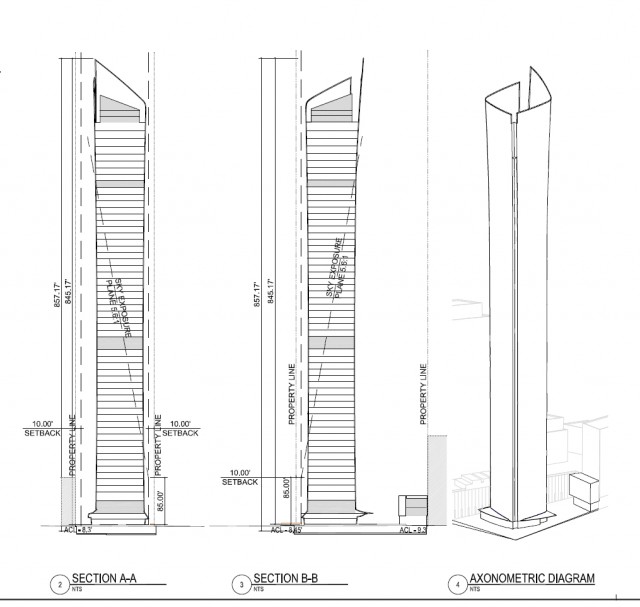 The envelope in the diagrams also matches the height figures on permits, and 111 Murray Street will stand 857 feet to its roof. That’s slightly below what YIMBY had guessed its height would be based on the most recent renderings, but the building will still be among the tallest residential skyscrapers in Lower Manhattan. It will stand just above the 821-foot tall 56 Leonard, but below the 937-foot 30 Park Place.

Projects that will likely be rising alongside 111 Murray include another two major towers: the 800-foot tall 250 South Street, revealed last week, as well as the tentatively 1,356-foot tall 125 Greenwich Street.

The project’s name has seen several changes, and it was originally referred to as either 101 Murray or 101 Tribeca. Luckily the futuristic design has proven resilient, contrary to an erroneous story from earlier this year, and it appears that renderings already released will be a fairly close match to what’s ultimately built. Fisher Brothers is the site’s developer. 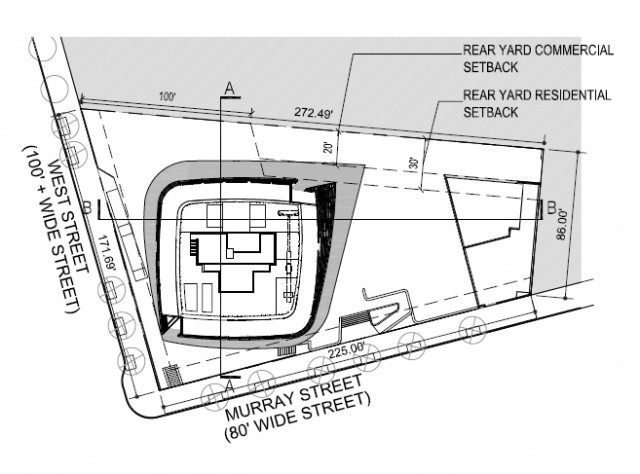 111 Murray will have a fairly rectangular envelope overall, though its form tapers slightly outwards as the tower reaches its highest floors, maximizing the space that will sell for top dollar. A glass shroud will taper to two separate points above the highest floor, also providing a convenient hiding place for the building’s rooftop mechanicals.

The project is currently expected to open in 2017, and the old St. John’s building is already demolished.

With the new height, is it still 62 floors?

This tower is amazing! Thanks for all of the updates guys. This place is really killing ssp and ssc!

50 West is stunning, and I believe that this will be even more amazing.

A lot of work was occurring here today.