Under construction by Allied London

The larger of the blocks, the other block will be revealed at a later date: 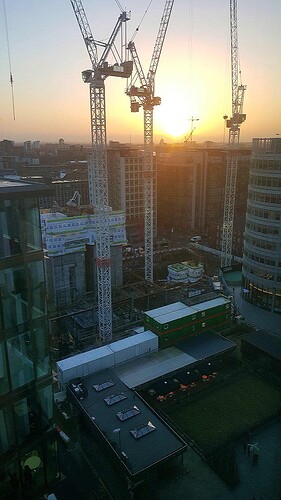 The site is where the white crane is: 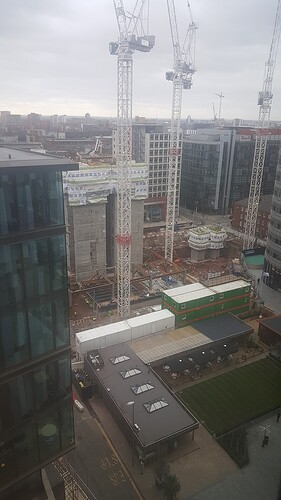 This thing is shooting up! According to the construction contractors (BAM) Facebook page, there are only 6 floors left to go: 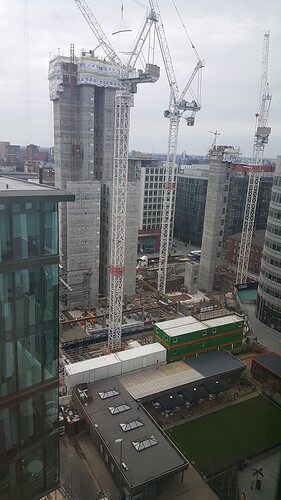 Taken from the bottom of Quay Street. Proposed 50 storey residential tower going to the left of me.

Roof top restaurant confirmed as Michelin Star D&D. The restaurant will sit at 1 meter higher than the Cloud23 bar and restaurant in The Beetham Tower according to the architect.

They have 35 restaurants in London, New York, Tokyo, Paris and Leeds.

I’m wonderimg if any of you guys have been to a D&D before?

I will be having a tour of the construction site in the 17th June when I visit Manchester for the day, there is also another office project in Manc which I am trying to get in at also. Hopefully I will be able to take photos onsite for you all to see!

That would be great, Stig!

Looking forward to it Stig!

Following on from my visit to the site on Friday, below I have listed some details:

There were two 3D renders of the build on the wall, where it appears there will indeed be steel erected approximately 1 floor in height. The restaurant will sit below this. I will post photos of these renderings later.

Photos of being on site will come at a later date also.

Good news! Looks like Allied London are still pressing ahead despite leaving the EU!