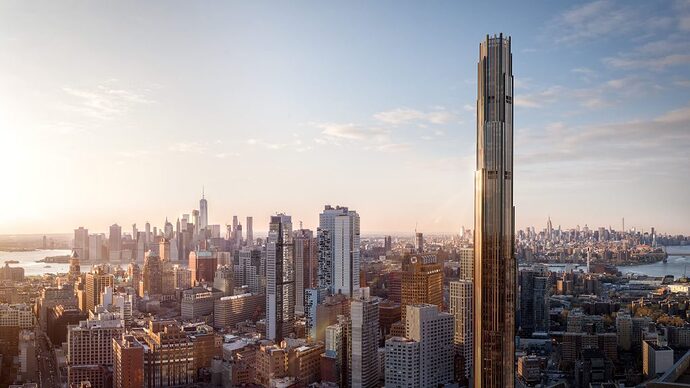 SHoP Architects principal knew Brooklyn Tower would be "like the Empire State...

Like I said, this is a signal to all the other boroughs and development companies that this borough is ready for a higher form of construction. More landmark buildings in downtown Brooklyn, basically making an extension to the financial district across the east river. 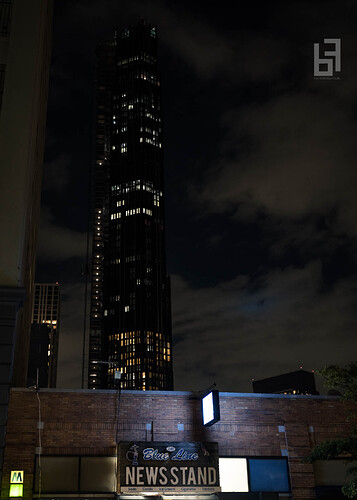 The moon over Brooklyn Tower must have looked amazing from Staten Island/New Jersey last night. All I could frame up was the light from the newsstand below.

Aviation lighting & lightning poles aside, I have to say I was hoping for a little more electricity from the crown: 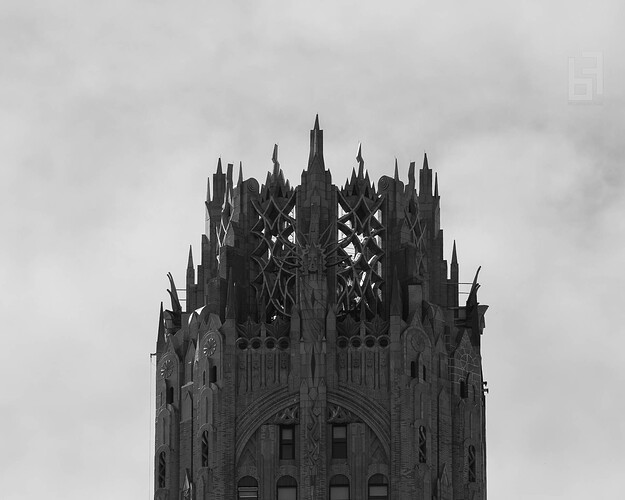 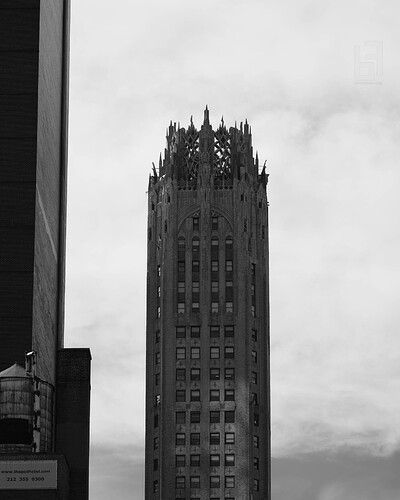 I saw that kind of detail in new buildings in Thailand but then labor is much cheaper there.

I wouldn’t have expected that much embellishment or even anything near what was initially proposed for the crown/tower considering this is a Neo Art Deco building. The crown on the GE Building made sense because it was built for an electric company.

I would’ve liked for the 2nd interations crown to have been the final (the more stepped and stretched out/more numerous pinnacles) but what we got is still good.

As it is, it’s underwhelming. I don’t think it needs to add much but as you say, just a few more pinnacles of varying heights would do the trick. 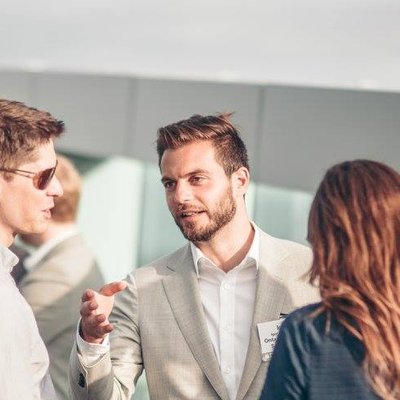 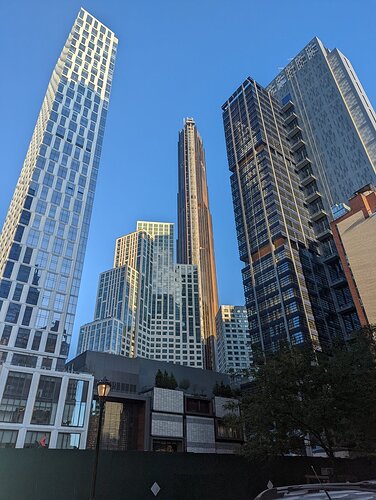 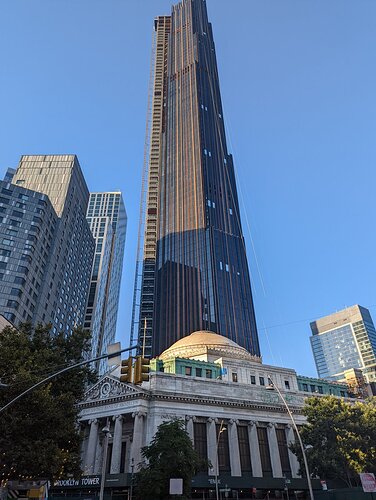 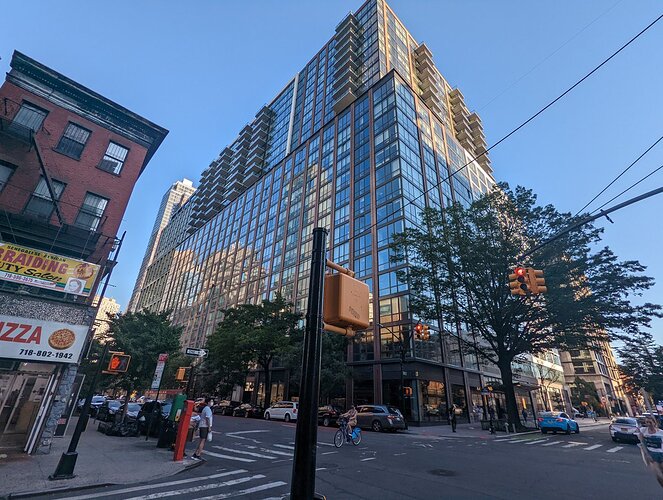 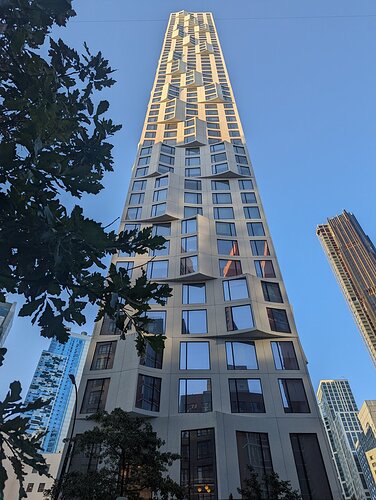 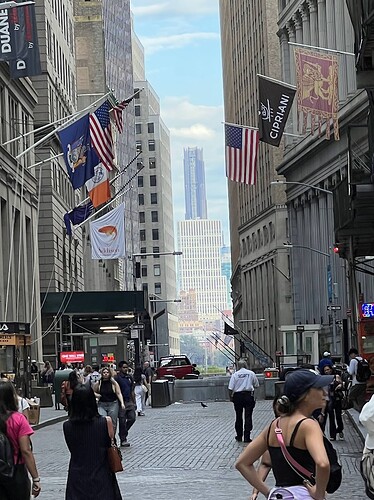 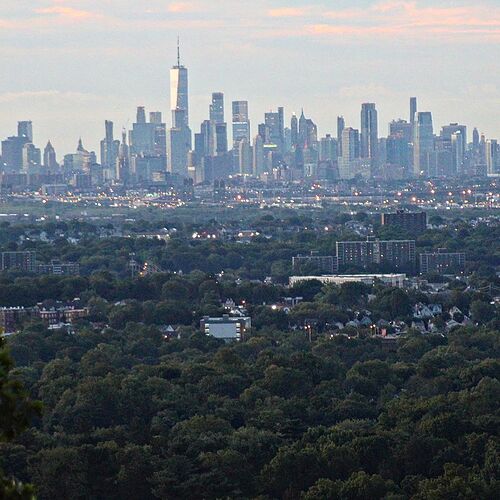 Beautiful shot. Goes to show how much Downtown JC and DoBro add to the overall node. I’m hoping JC gets some super talls in the future. Will really add a new dynamic.

I think also with the LES towers, once they rise, will be present within a similar angle.

This is a fascinating photo: the various types/sizes of the wild growth plant life in the foreground; juxtaposed with the rising buildings in the background reaching into the clouds. Fantastic Photo. 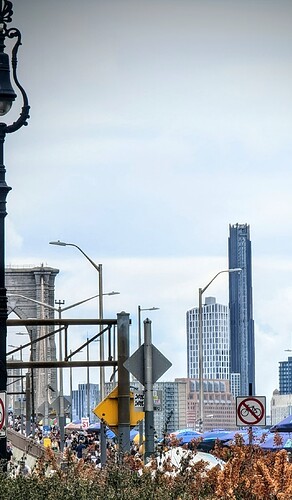 @tjr101 It’s definitely gotten busier since the bike lanes were removed from the walkway and put on the roadway with vehicular traffic.

I really still can’t wait to see if this one retains a night lighting scheme whether it be as shown in the renders or just lighting of some sort. 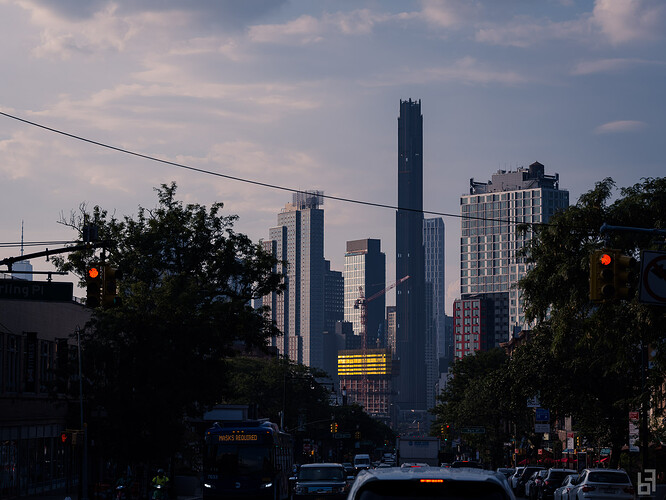 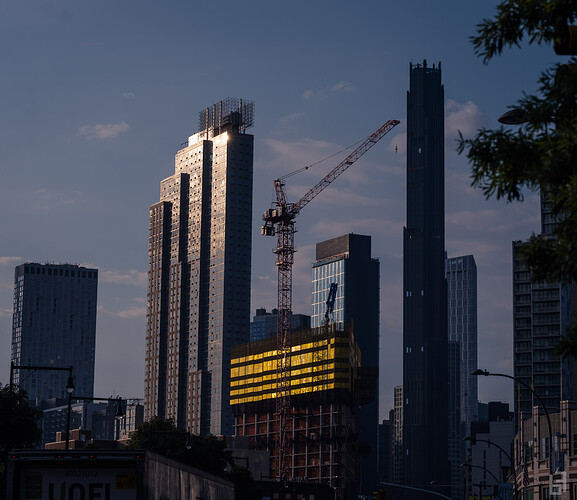 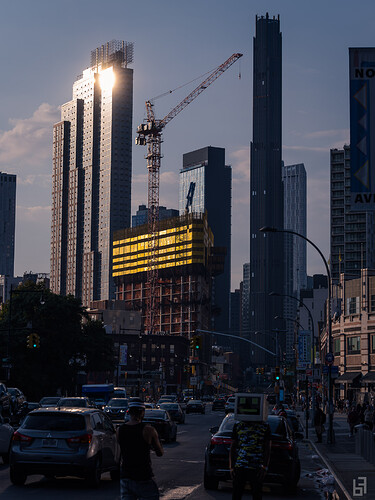 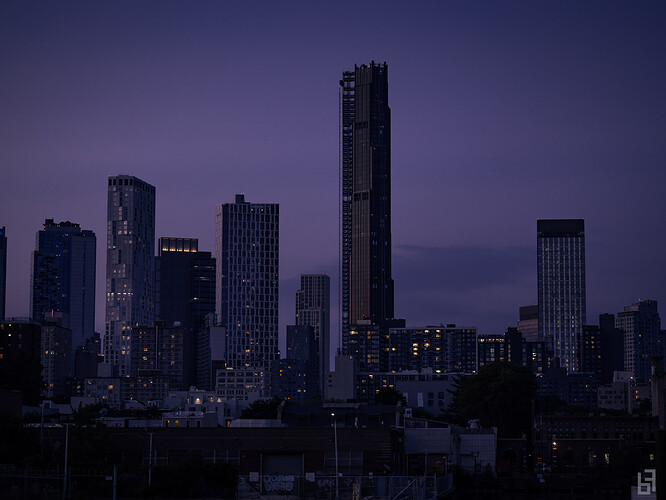 All I can think of when I see this tower in your shots is The Dark Knight Rises.

From my walk today from the Williamsburg Bridge: 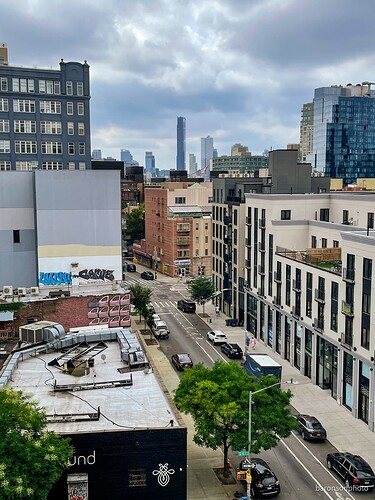 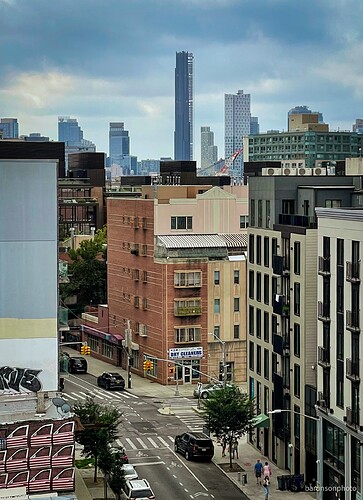 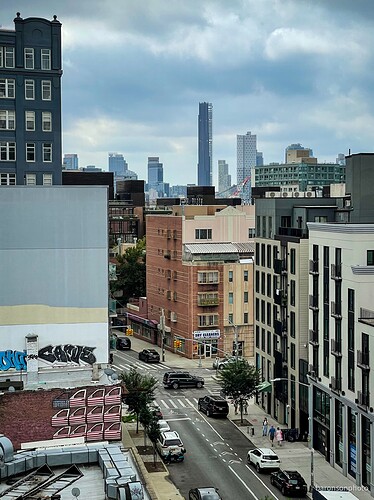 I wonder if they’ll ever finish cladding that garage repair shop there in the foreground. That project has been stalled for about as long as I can remember…

The one infront of the American flag car door mural? They probably forgot all about the awnings on the roof because it’s a live music venue/bar and a frangrance store now lol. If that’s what you were talking about.

Still kind of bummed by the stumpiness of the top/ crown but the whole tower is still fantastic.