Will a tall skyscraper rise from this RedSky Capital Downtown Brooklyn Assemblage? They are teasing something on their website. 500k+ sqft available according to the above article.

Every time I walk past this block, more and more stores are being shuttered. At this point I think only 1-2 stores are open on fulton. And I think every store was closed down on flatbush. Cant wait to see this whole block come down. 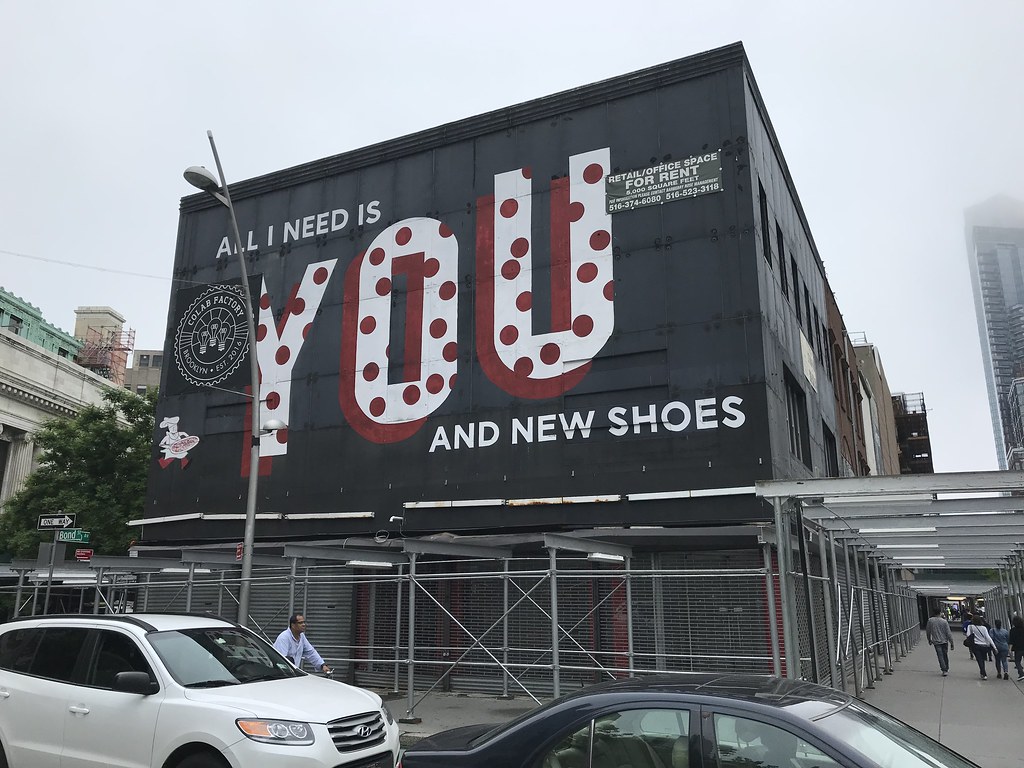 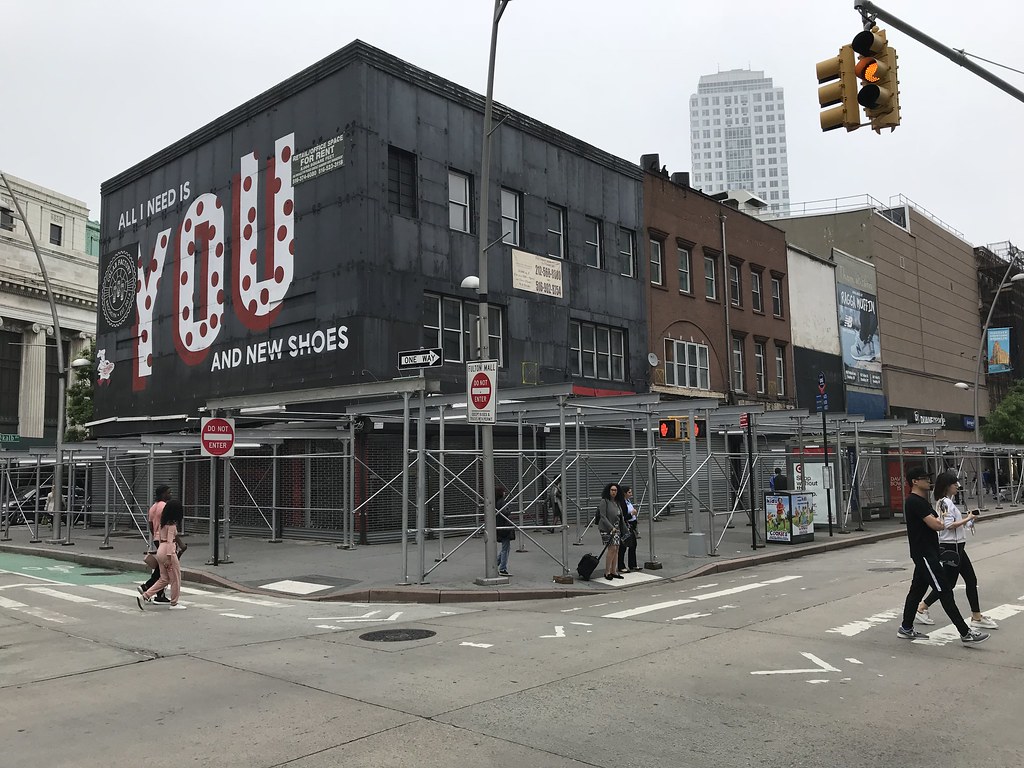 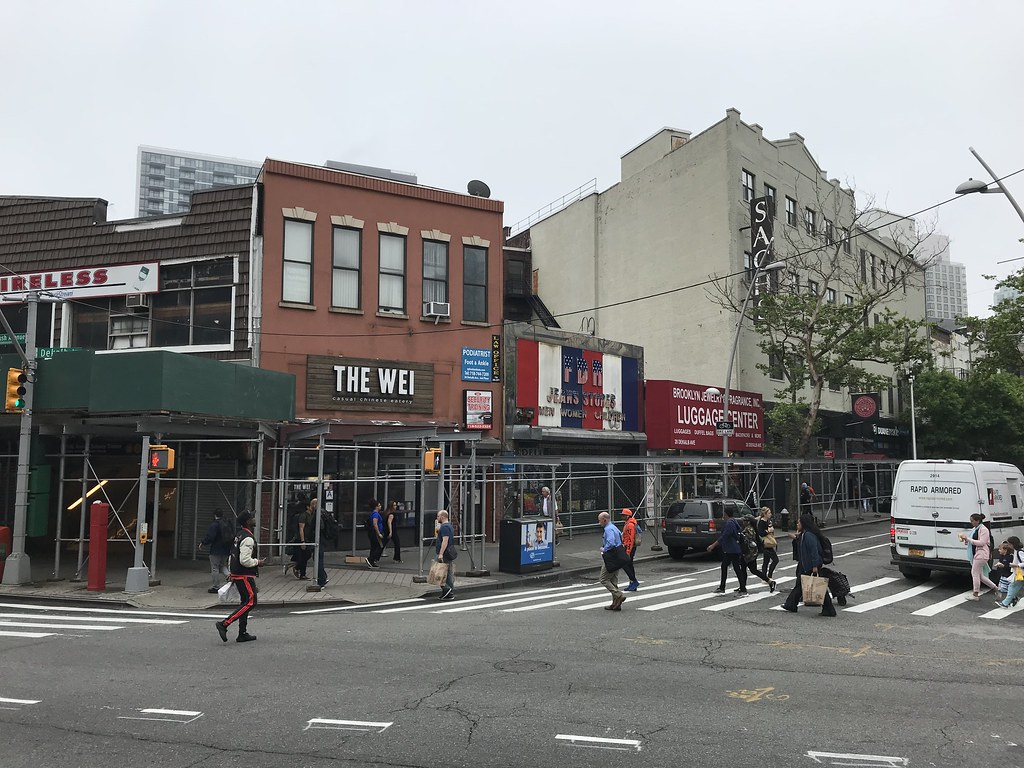 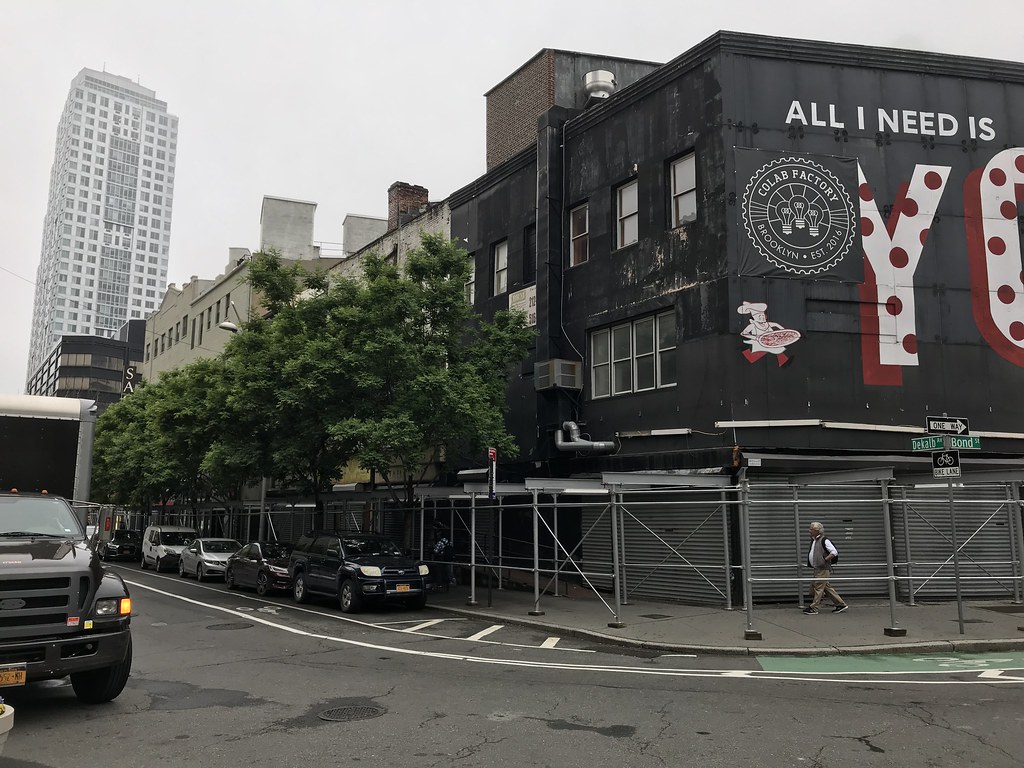 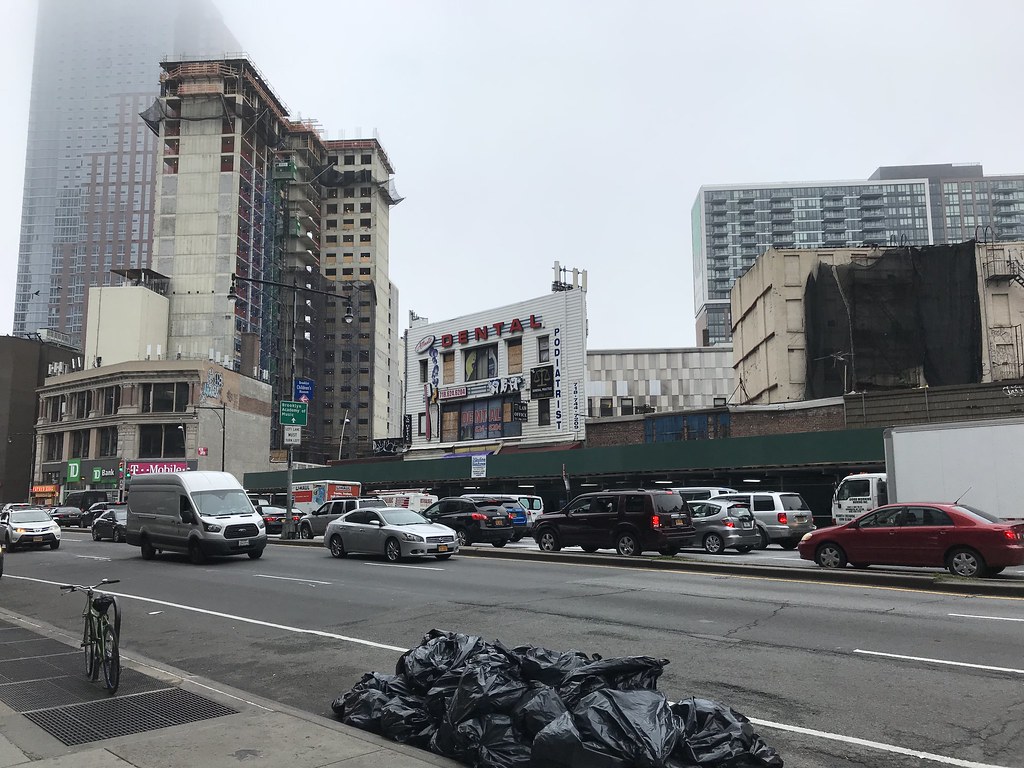 It’s great to see more crap come down in Brooklyn.

Flatbush is entirely shuttered now. Fulton I think is mostly closed. But there are some stores still open on Dekalb. RedSky Capital has officially added another property to its massive Fulton Street development site. The firm has purchased 571 Fulton Street in Dow

The building they have not acquired is smack in the middle of the block, slicing it in half.

They are starting demo right next to the unsold parcel. Couldnt tell what was actually open ( sunday). But it seems they still have at least a few stores on the block still not closed.

in spite of the demoltions, there’s a holdout.

Demolition permits have been filed for all the properties on the block owned by RedSky.

One holdout remains. Lewis Barbanel of Barberry Rose Management currently owns two of the lots, located at 559 and 563 Fulton Street, the latter of which is currently occupied by Duane Reade. “The building is a long term family asset,” said Barbanel in an email. “We have no plans at this time to sell it. The asset produces income that all partners are happy with.”

The Duane reade and the uniform/embroidery store are the last 2 on Fulton which are still open. There may be more holdouts on the other side of the block.

This design has been floating around for a while now, hopefully they haven’t changed it.

The entire southeast corner is cleared.

From my 3d New York Model

A development site at 360 Fulton Street in Downtown Brooklyn that was once home to a Modell’s store is up for sale.