Flying cars are the crème de la crème of transportation solutions because they could go practically anywhere. They have the potential to turn Earth into Coruscant like that but will they become an everyday item for the average person or a luxury for the very rich?

This pic made me wonder why we don’t do this with parks anymore. Small buildings like this set in the middle of a park just make so much sense to me. It acts as a center point and gives parks an good anchor. I wish they would bring back these type of structures, hell even towers. Parks seem to work best when there is a destination to sit and relax. 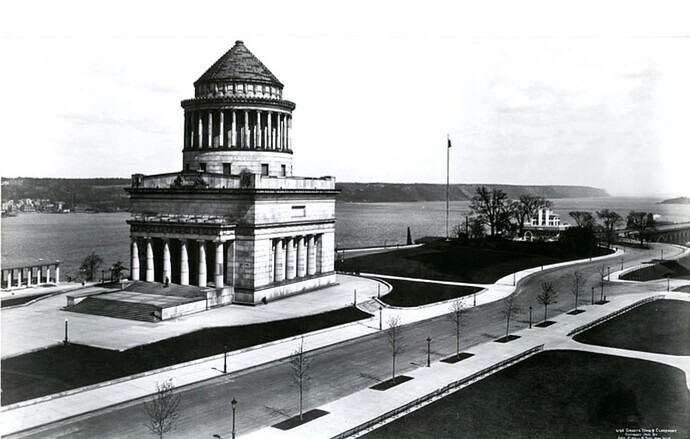 On a February day in 1929, the Metropolitan Life Company issued over $70 million in construction loans. 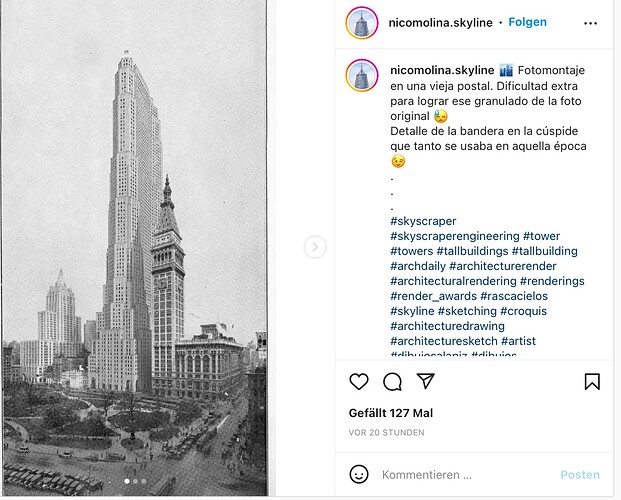 The North Tower as a unbuilt skyscraper with a high of over 400 meters.

I love that rendering series of Met Life North. I don’t see the market for that tower as originally designed — it would probably be a residential, but would still likely need larger windows to compete with other modern apartment/condo towers — but it would be amazing to see some version of it rise. Updating it for the 21st century market is basically what Robert A. M. Stern was put on this Earth for.

We generally don’t bury dead presidents in public parks anymore. But, that said, I understand what you are thinking, like building a folly on an English estate. Belvedere castle in Central Park. The old columns from the US Capitol in a park in DC that the government now wants to remove. 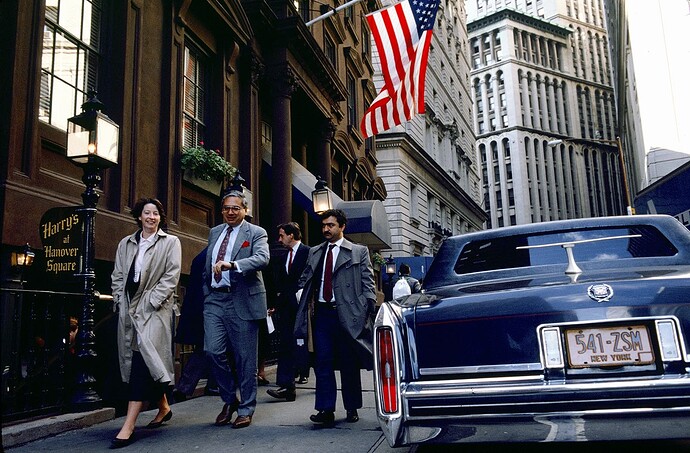 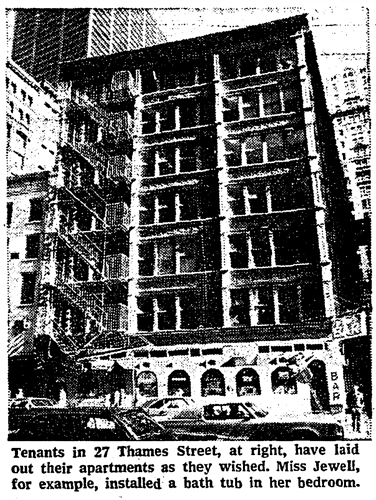 Can we please stop arguing about pointless drivel on this thread? This is turning dramatic fast, and not in a good way. @MarshallKnight You are 100% correct here. Nothing says you can’t make the same post on two different threads, or even 500 of them if the post lines up with the topic at hand.

Well for us, whether you like it or not, Mackenson can post their pics on both of these threads that are related

Actually, and I don’t think a lot of people realize it, but one of the first iterations for the building had floor to ceiling windows between limestone pilasters, so it would have had a very vertical striped effect. It’s slightly hard to extract from the architects drawings but you can see where the tops of the windows stop short of each setback and the limestone kind of form a “crown” on each setback. I think this would have been very interesting to see back then since not having distinguishable spandrel pieces would’ve been a very different direction to go. It also looks like the base would’ve had a beautiful art deco relief above the previously located central entrance.

Don’t even @007, this is a VINTAGE architectural drawing.

What a beautiful tower! 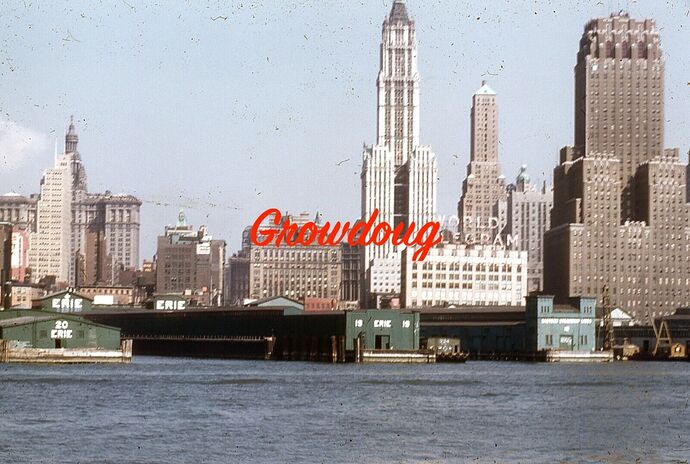 Not going to say the name but I think folks know who it is. Please stay on topic, don’t police threads especially as it adds no value and contribute to the forum discourse. One more mishap and its another suspension. Also this is a vintage thread, so don’t hate on post cards because well… back in the olden days, postcards were a big thing. Hint… they show things in the past!

Nice find, I couldnt see it until after a while, lol (it’s to the immediate left of the red text). I can’t even imagine it still being there, it definitely would stood out with its dome. Too bad modernization updates on another monument had to bring down another.

Thanks Chris, for the good words. Yes, I should have listened to Mackensen this week. 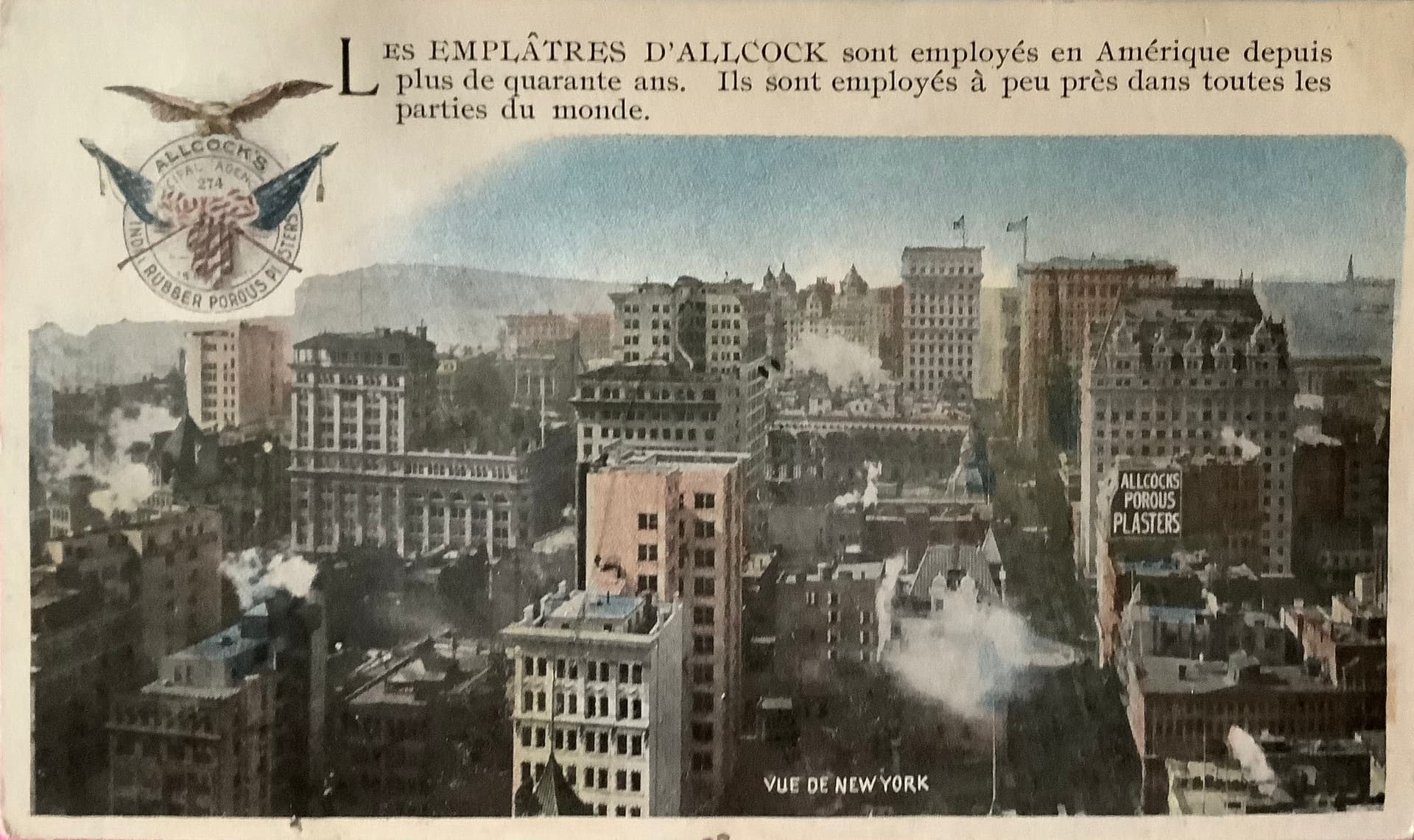 Postcards can be very interesting not only the front but also the writing side. 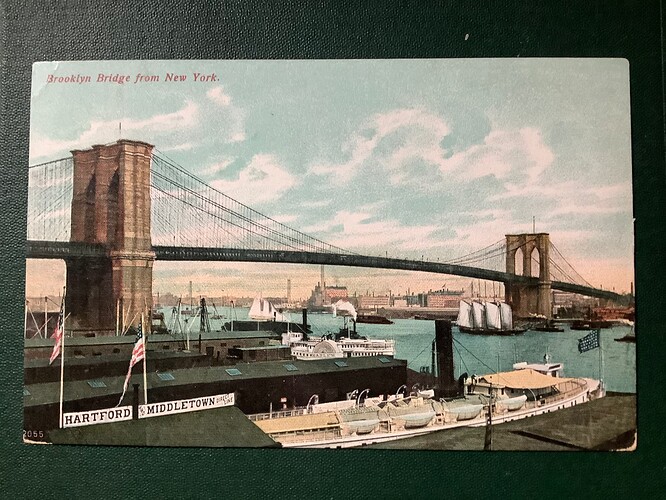 First, a postcard of the Brookyln Bridge, this motif exists countless times on stereocards, lithographs, black and white images, and more. 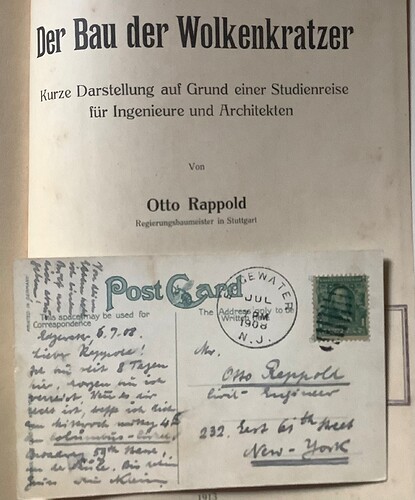 But the recipient of this postcard was Otto Rappold, the author of the (first) German-language book on “Der Bau der Wolkenkratzer” published in 1913. 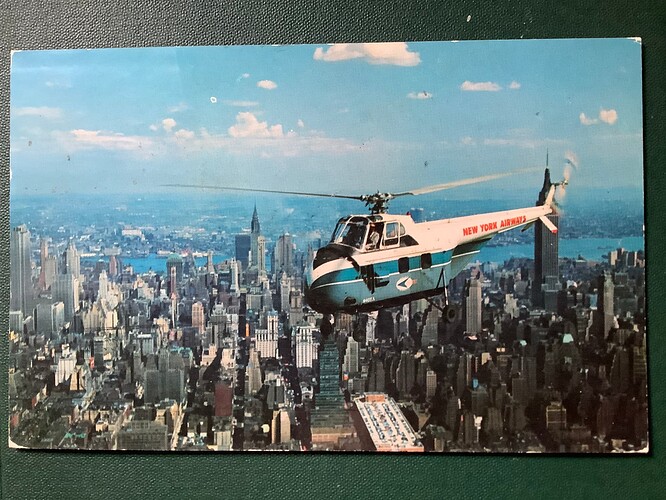 The second postcard an aerial view of mid-Manhattan circa 1955 with a helicopter. 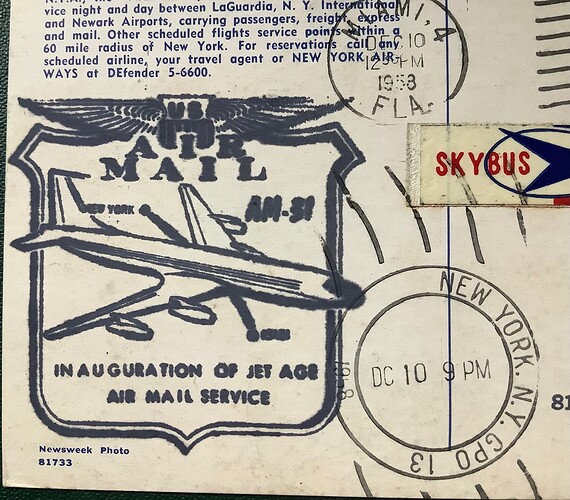 And on the back the stamps were cancelled with a special postmark. 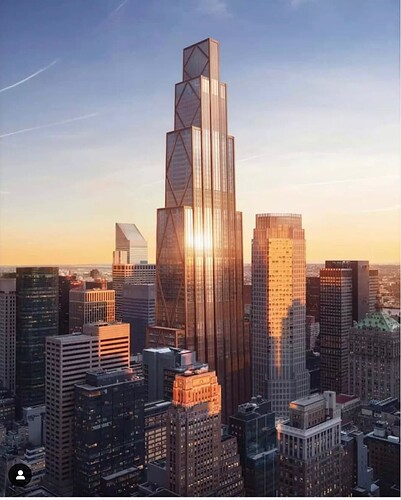 If 270 Park Ave. were built around 1922, I can imagine that rendering on countless postcards.

I have been collecting postcards from u.s. cites since 2009, but started collecting my hometown back in 2004.

The user who writes he hates postcards should please change his mind.

This shot of the intersection of Wall Street and Broadway was taken between 1855 and 1861, and is one of the oldest photographs of this corner. 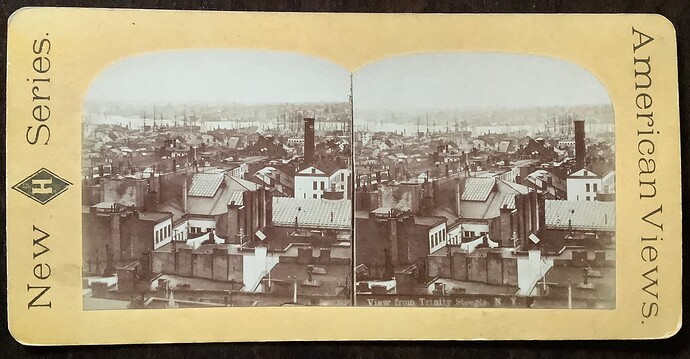 View from Trinity Church over the rooftops of Lower Manhattan to Brooklyn circa 1870. 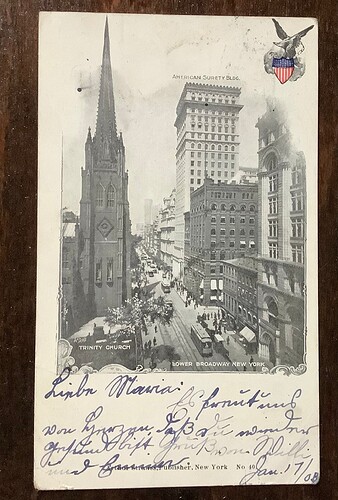 A big jump after 1897 and now the first skyscrapers are standing (American Surety Building and in the background you can see the St. Paul Building). 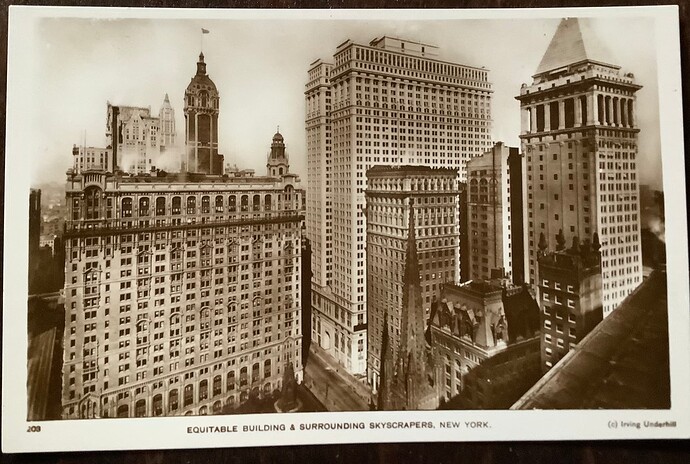 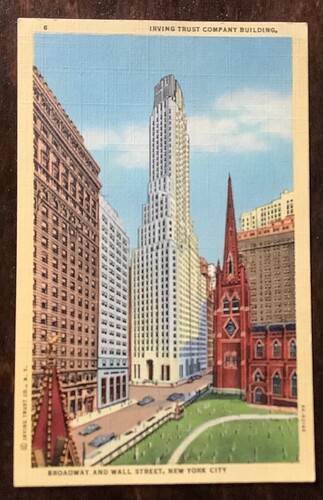 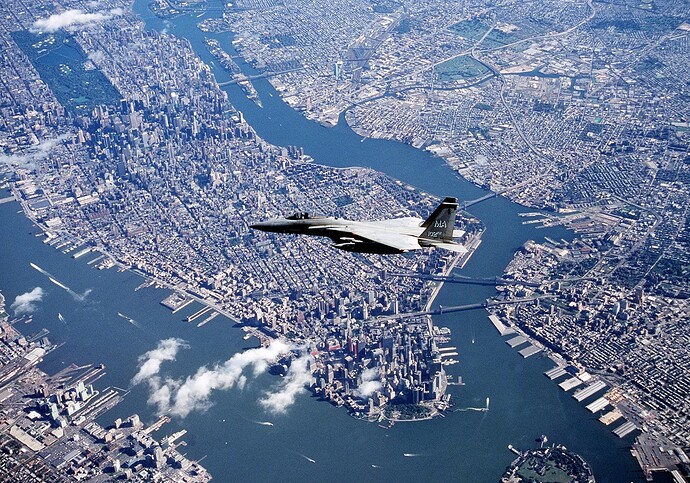 An F-15C Eagle over New York City several months after the 9/11 terrorist attacks. 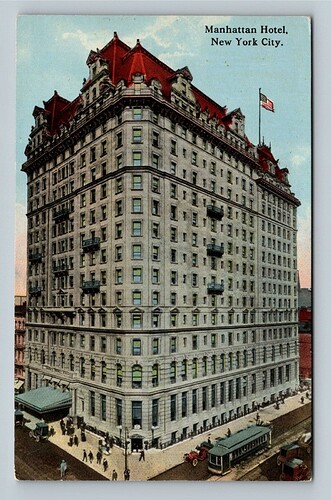 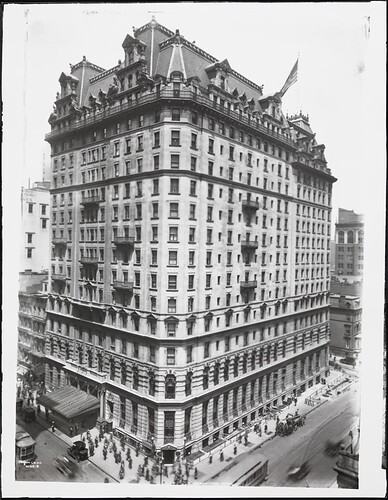 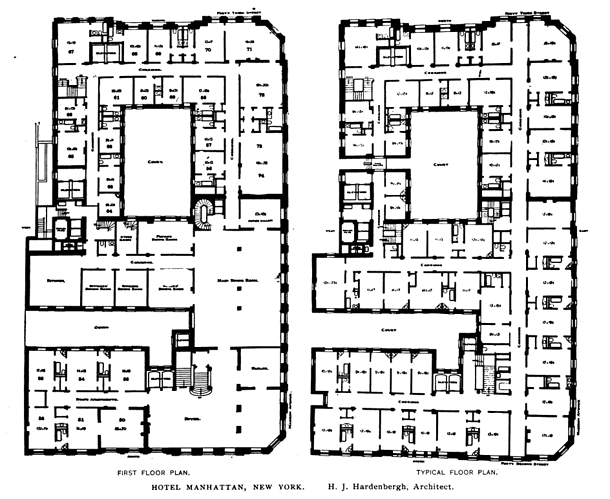 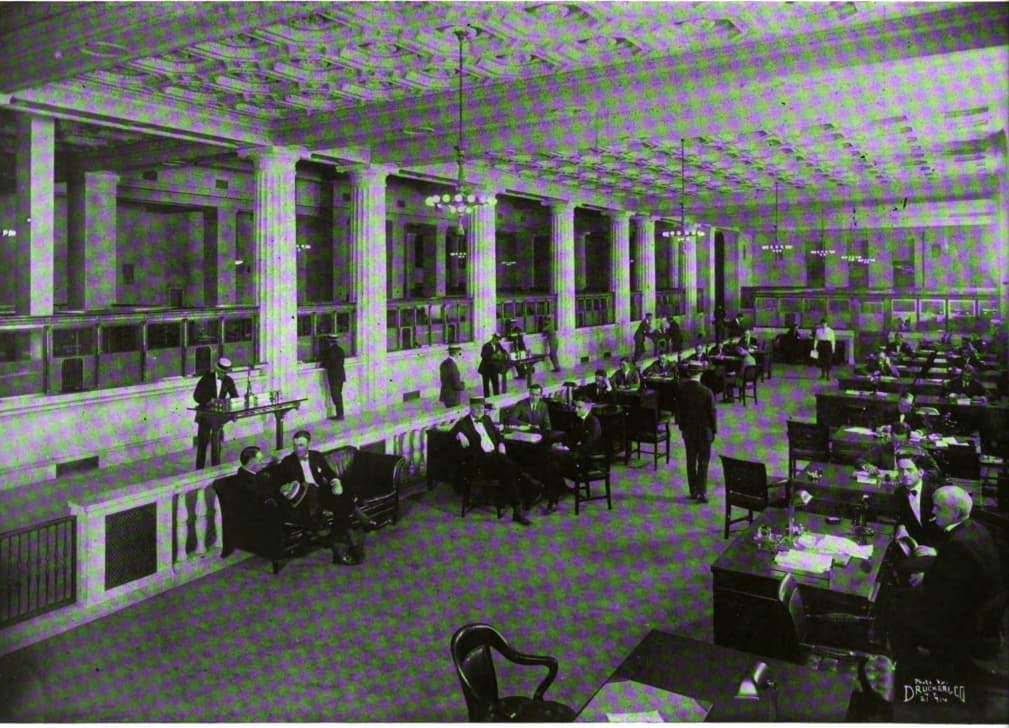 Glimpse of the 42nd Street facade in color (left side, undated) 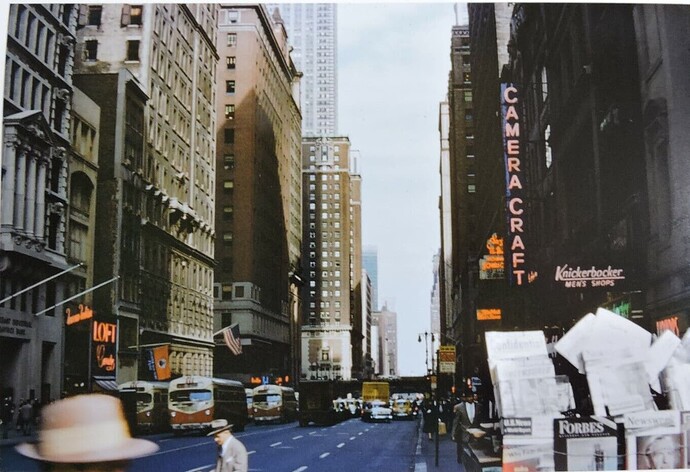 Glimpse of the 43rd Street annex in color (center right with shutters, 1958) 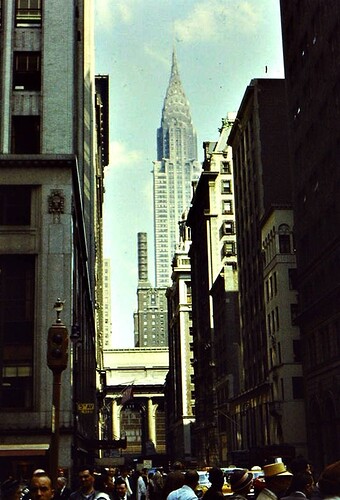 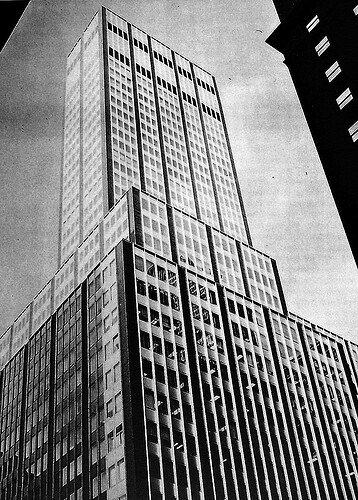 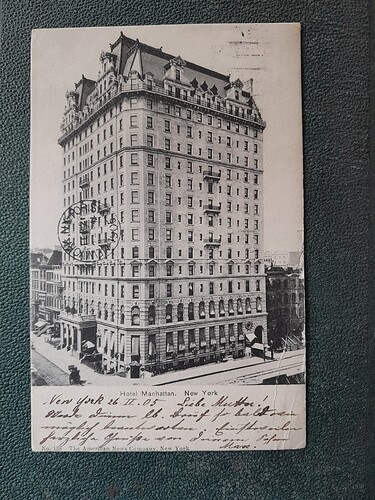 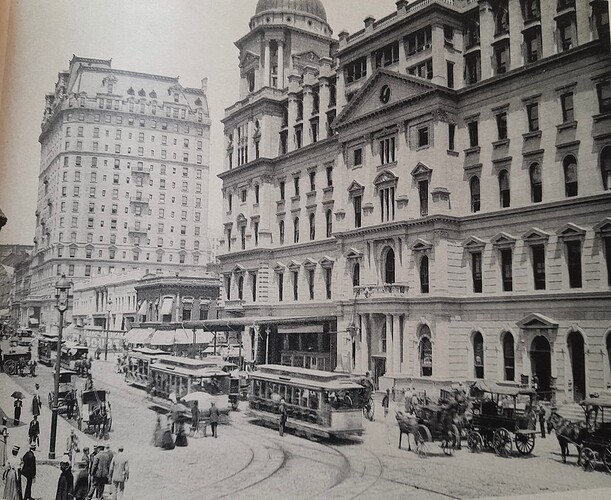