COVID to my knowledge actually resulted in accelerated construction so it makes sense for them to not align properly with the actual construction progress since these were likely drafted pre-covid. They managed to get a whole lot done in a shorter period of time. That diagram you linked definitely seems more in line with the current progress of C.

This is definitely true as the greatly decreased traffic at the airport allowed construction to progress faster without interfering with airport operations.

The overall layout of the plan and timeline seems to be more correct, but the only thing that is questionable is the parking garage expansion and construction of what would be the airtram station, which as far as I know is in limbo atm. So those aspects aren’t entirely correct, but Concourse D will definitely start renovations after Concourse F is completed, which like you mentioned before, it’s a pity that that entire arm wasn’t also reconstructed entirely, and is just being retrofitted to look like the other new arms, BUT atleast it’s also being “redone”. They could’ve just finished connecting them and called it a day, so anything is better than that. 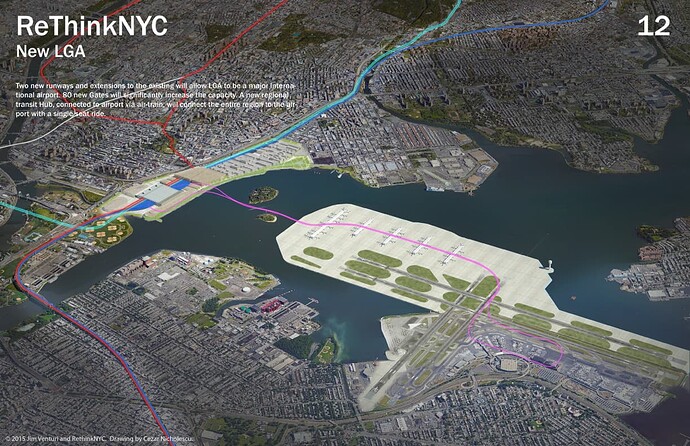 image1224×792 184 KB
I also happen to like this plan for a future Laguardia expansion to Rikers Island, and the expansion in capacity in the future. I would like to see some additional infill of the waterways on the southwest portion of this site, however, at least to get some legitimate cargo operations and neighborhood infill in Queens.
6 Likes
ALC11 October 8, 2022, 8:29pm 186 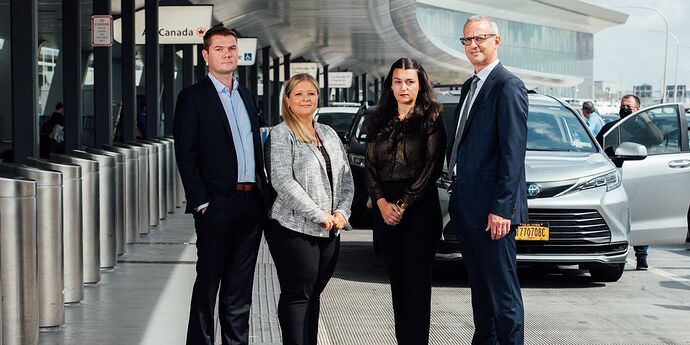 LaGuardia Airport Is No Longer the Worst. This Team Fixed It.

An elite squad was tasked with making sure the gleaming Terminal B was ready to open. There are lessons from LaGuardia for every business.

Of course its paywalled.

No paywall with that archived link. 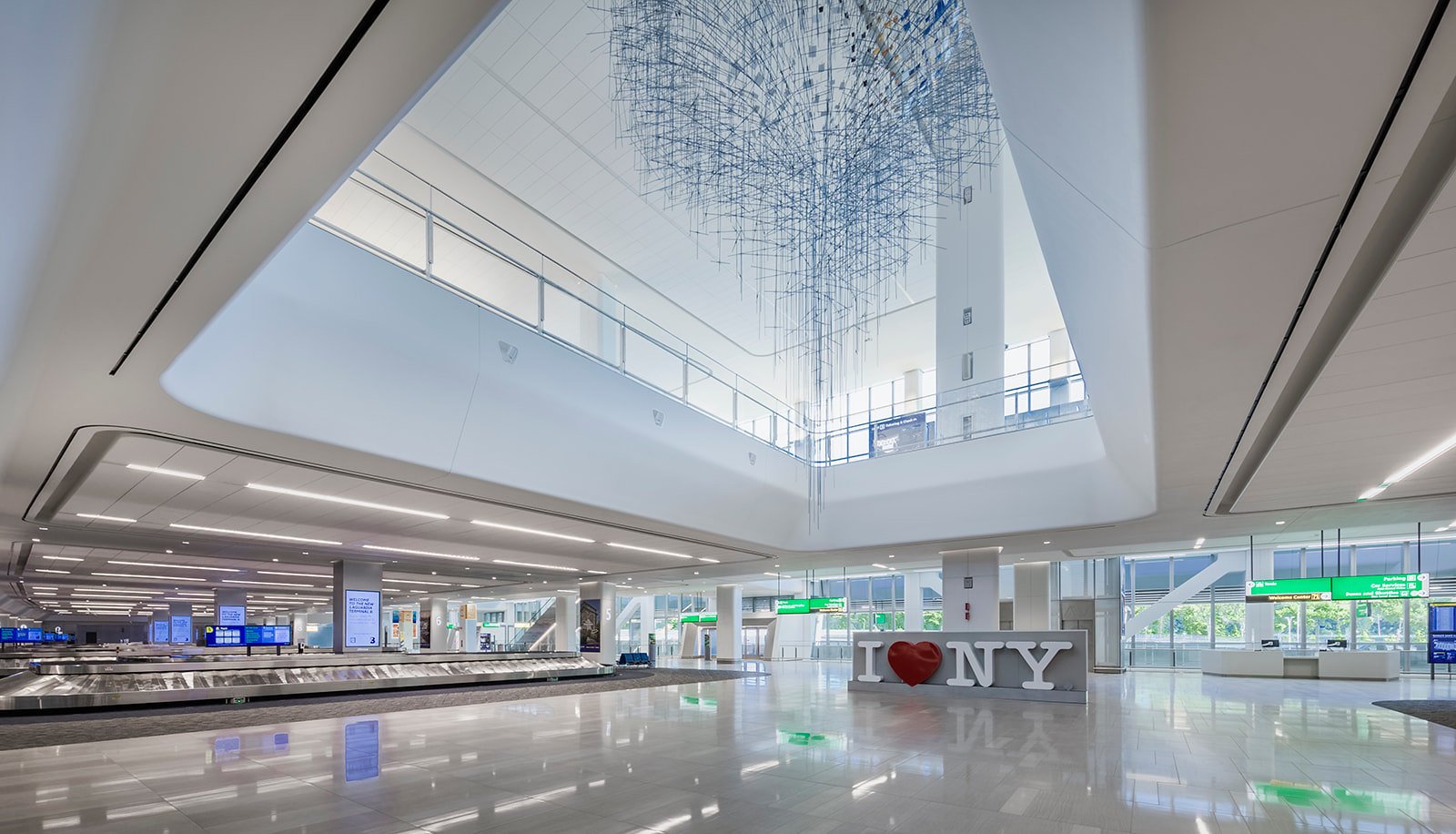 The José Andrés Group will design the lounge's food and beverage menu, which will include Spanish-style tapas.

is there any news about the air train to laguardia? when will construction start?

At this time, the airtrain project is postponed and has been since March so there’s no timeline atm. Gov Hochul decided to halt the project so that the PANYNJ could come up with other options/alternatives to the airtrain. That is one of the reasons why the Q70 bus line doesn’t charge fares anymore. 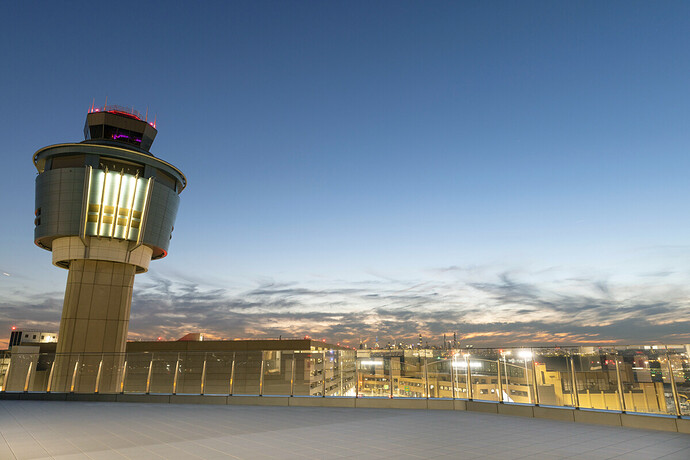 Capital One Landing at LaGuardia Airport’s Terminal B

Capital One Landing is an alternative to the traditional lounge experience focused on bringing elevated dining to the heart of the terminal. 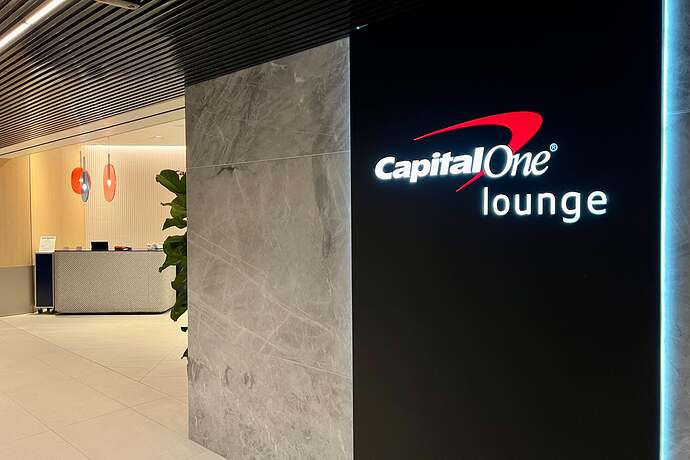 Capital One will open a brand-new airport lounge concept called a Landing with two outposts to start in New York and Washington, D.C. 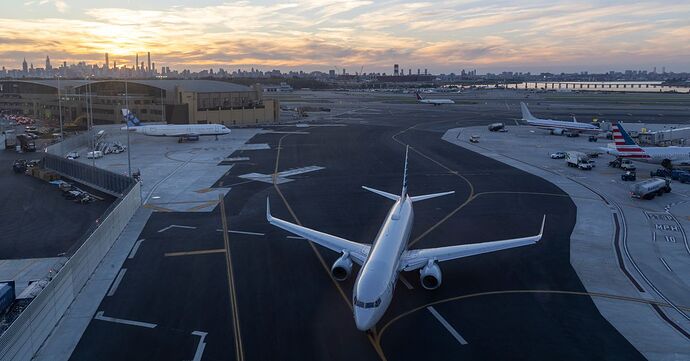 José Andrés Is Opening a Restaurant Lounge at LaGuardia Airport

Plus, Andrew Carmellini is betting on Hudson Yards — and more intel 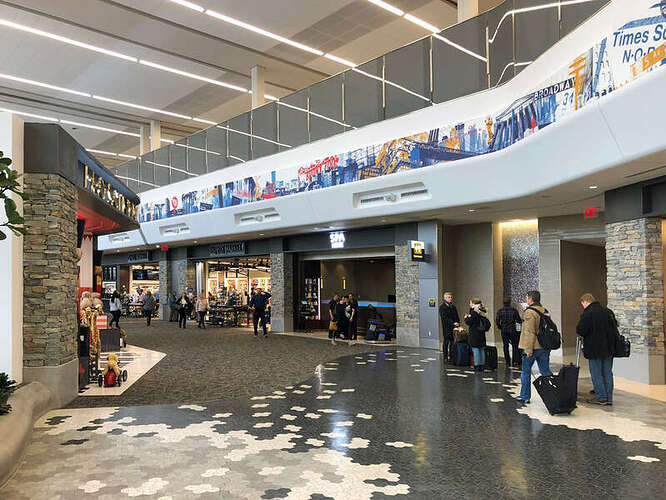 Can't wait for this to open! 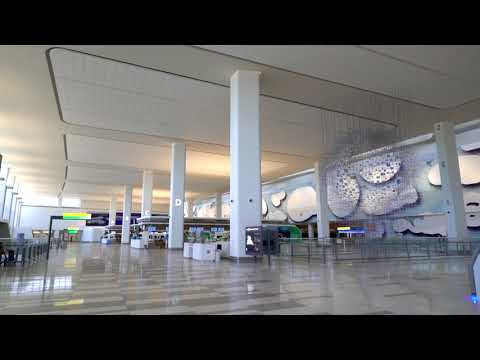 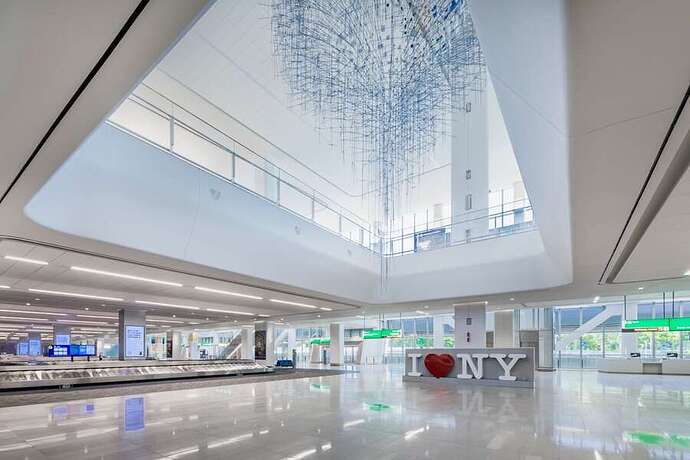 The Ultimate Guide to LaGuardia Airport in NYC

As we prepare for 2022 holiday travels, brush up on how to get there via public transportation, plus the best spots for bites, cocktails, and gifts before your flight. 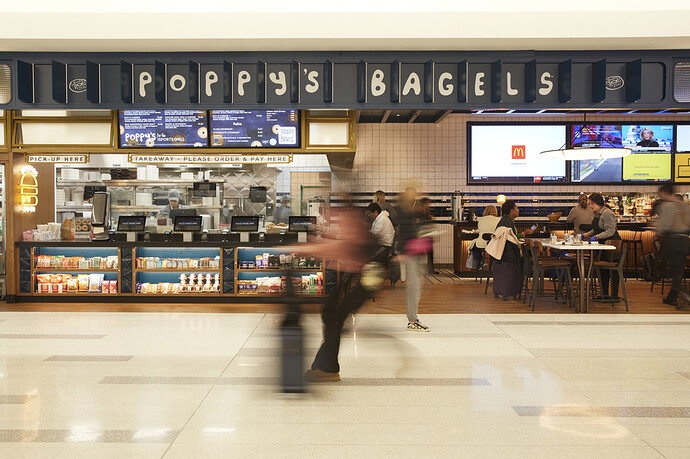 The new concept is operated out of one kitchen and is officially LEED Certified and a Certified Green Restaurant. - Metropolitan Airport News 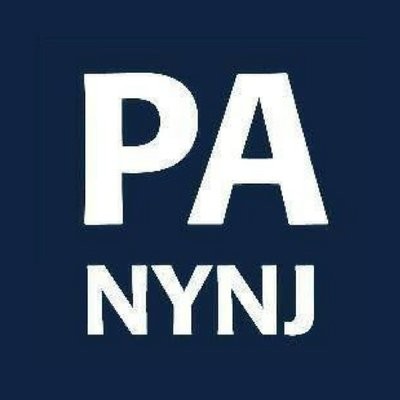 An expansive new terminal nearly doubles in size to those it replaces, consolidates 37 gates into one spacious facility with soaring floor-to-ceiling windows, 21st-century technology, and locally-inspired concessions. Terminal C has been designed for... 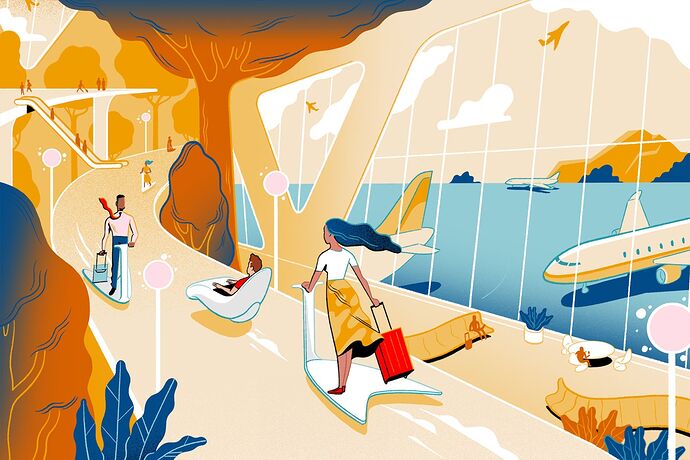 LaGuardia’s renovation is mentioned pretty often in this article about how airports across the US are upgrading. 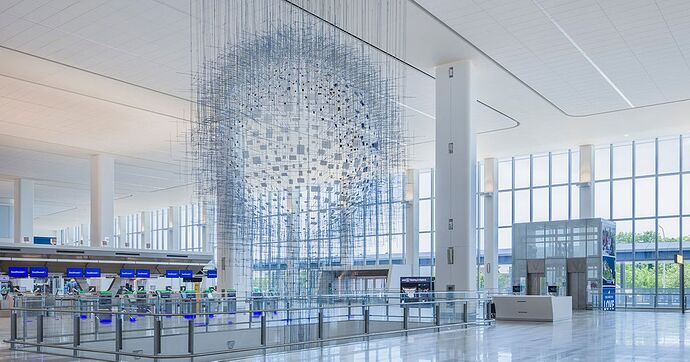 La Guardia Is Kind of Ritzy

Sky bridges have become something of a status symbol for airports around the world. La Guardia has two. 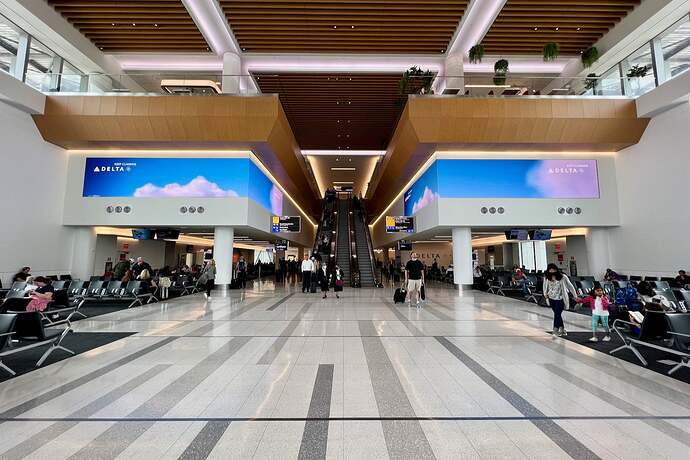 Transformation complete: The best airport enhancements of 2022 - The Points Guy 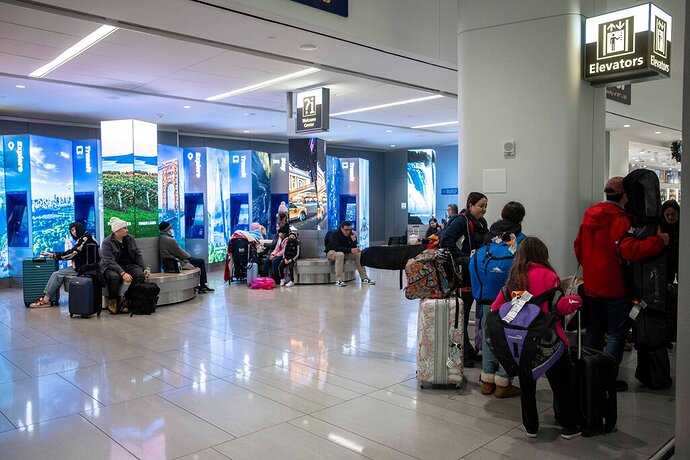 People stranded at the airport prepared to spend Christmas Eve there or at nearby hotels, or tried to find alternate ways to reach their holiday destinations. 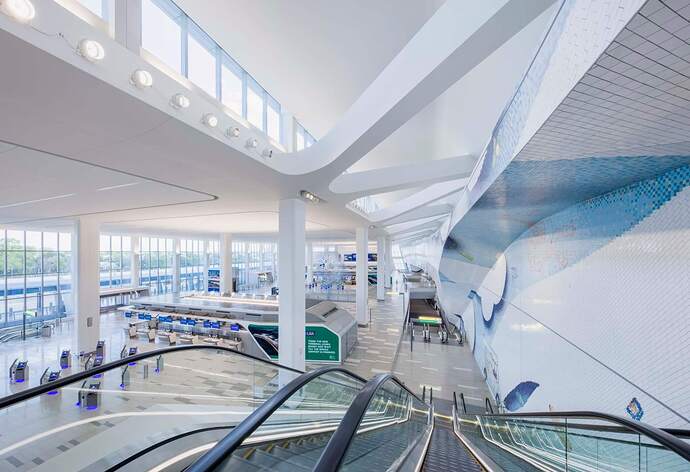 The recently revamped Terminal B of LaGuardia Airport is a trimmed back plan of the original proposals to redesign the airport.

Wow, that was a dumb article. Basically the first half wasted complaining about Biden, then the second half complaining there’s no Airtrain open yet, when the same news source complained about the Airtrain plans after they had already been approved.

It’s almost like the Port Authority knows better than the armchair transit planners, who said the Airtrain had to be delayed for years bc there was some secret magic plan that was better than the myriad of plans that had been studied by transit experts for decades. 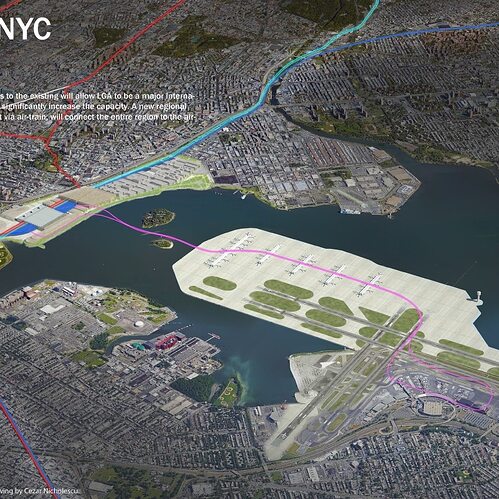 IMG_20221020_220226_088792×792 259 KB
Again, I think LaGuardia needs to work on a plan like this one, absorbing Rikers Island in favor of new terminals and a much larger airfield with 4 runways and simultaneous takeoffs and landings. I will accept that the old terminals needed replacement, but there has to be something like this in the works, including some cargo operations as well.
4 Likes
TKDV January 23, 2023, 4:23am 199

LaGuardia isn’t an international airport like JFK and EWR, it doesn’t need to be so giant because it doesn’t handle the same amount of traffic and plane sizes. As for the volume of traffic, the new design of both terminals and additional taxiway space made from them has accounted for any future volume increase.

I agree with Crawdad, that article was rather awkward. I also don’t understand the header description when it says “The recently revamped Terminal B of LaGuardia Airport is a trimmed back plan of the original proposals to redesign the airport.” As it relates to Terminal B’s plan, it was always supposed to look like that, what are they talking about.

The article was quite ridiculous in that I couldn’t understand the point of it since it was either criticising the president, the design of the airport and the airtrain without providing any real solutions. Its dissing the current LGA’s design but not taking into account that its actually quite amazing and won awards in addition to the fact its design was made to allow more room for aircraft movement in the limited space that is avaliable while also improving passenger experience. One of the biggest problems with LGA is that it shares airspace with 3 other airports in close proximity - JFK, EWR and TEB. Because of this, there is a lot of traffic in a very small area which leads to delays. The overall design with the skybridges and expanded taxiways was conceived to solve ground traffic congestion without expanding the airport footprint. A different terminal layout would not fix the congestion caused by flights having to be done without conflicting with traffic from two major international airports and a general aviation airport. Lets not forget there are airports in Long Island as well that might have traffic transit through the airspace as well. 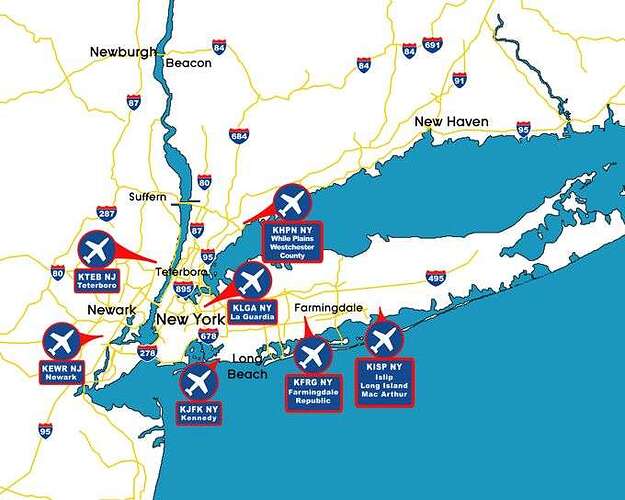 The airtrain concept is still stupid, especially since its not very practical in providing a quick ride to Manhattan, will likely have its own fare control instead of using OMNY, and it will likely cost like 8 dollars to ride. The MTA should extend the N/W (best solution that also enhances transit options in the neighborhoods around it) or with the planning of the IBX, bring that to LGA which can allow for transferring to the subway elsewhere and would be cheaper since they chose light rail for it.

I wouldn’t put too much stock into any awards. People want to put “award winning architecture firm” on their resume because it brings in bigger clients that have deeper pockets.

Its about the money and we all know where there is money to be made, there is lobbying / manipulation / corruption.