A nice rendering with some extra information which shows this tower along with the whole complex (Phase 1):

“The developer had originally announced plans to build 30 Hudson Yards much taller at 1,227 feet high and with less bulk, at just 2.6 million square feet. The new plans call for a 680-foot-tall structure with an eye-popping 3.4 million square feet, at the corner of 10th Avenue and 33rd Street.”

Are ya freakin kidding me??

FYI, in my experience not every application are correct.

I’m not too worried about the height/floor figures, given it’s just DOB filings, but the 3.42 million square feet figure is catching.

Edit: The 68-floor figure looks like actual floors, rather than 80+ as simply advertised. I guess that’s why we wait for a design when talking about the Hudson Spire site; 61 actual floors could still yield a large office tower.

Edit 2: Taking into account the retail podium is also filed within the applications, a grand-total development of 3.92 m sq ft sounds about right (3.42 m sq ft of commercial, etc).

Rendering of 30 Hudson Yards, as seen from the 7 station, via Related

The official groundbreaking for 30 Hudson Yards, Related’s North Tower, happened at the end of 2012, when construction began on the platform atop which part of the tower will rest. And soon, work on the actual tower may commence, with architect KPF filing permits this morning under the structure’s official name, 500 West 33rd Street. (Related could not be reached to confirm when construction will start.)

Assuming financing is secured, Time Warner will be the anchor tenant at the tower at 10th Avenue and 33rd Street, occupying space up to the 38th floor, with the choicest perches still up for grabs.

In related news, the first part of the “Hudson Boulevard” park and mid-avenue thoroughfare, between 10th and 11th Avenues, should open by the end of the year, according to the Wall Street Journal. The initial segment will stretch from West 33rd Street to West 39th, and will contain a pedestrian promenade in the center and north- and southbound streets on the edges.

Permits at 30 Hudson Yards indicate a height of just 680 feet, or 68 stories, and are likely to be amended to reflect the tower’s full 80-story, 1,255-foot height, as advertised. According to the application, the tower will contain a little over 3.9 million square feet of net floorspace, with 3.4 million square feet of commercial space that counts towards zoning limits.

The companion tower of 30 Hudson Yards, known as the South (or Coach) Tower at 10 Hudson Yards, started to go vertical last year. Its tenants – which include Coach, L’Oréal and SAP – are expected to move in by July 2015.

Whew! Yea I Agee and good point about the Spire. Cheers

3.9 million square feet. That is massive. This has to be a record for the city. WTC1 contains about 3.0 million.

When will we expect to see this start to rise?
Also seeing as how slow the Coach Tower started off, can we expect the same for this?

Here is a photo of the current status: (You can see Coach in the background).

Another view of where the tower will rise:

Editor markup for Hudson Yards construction tour July 2014 by Max Touhey. This is only visible in the story editor. By the end of 2018, half of the 28-acre Hudson Yards... 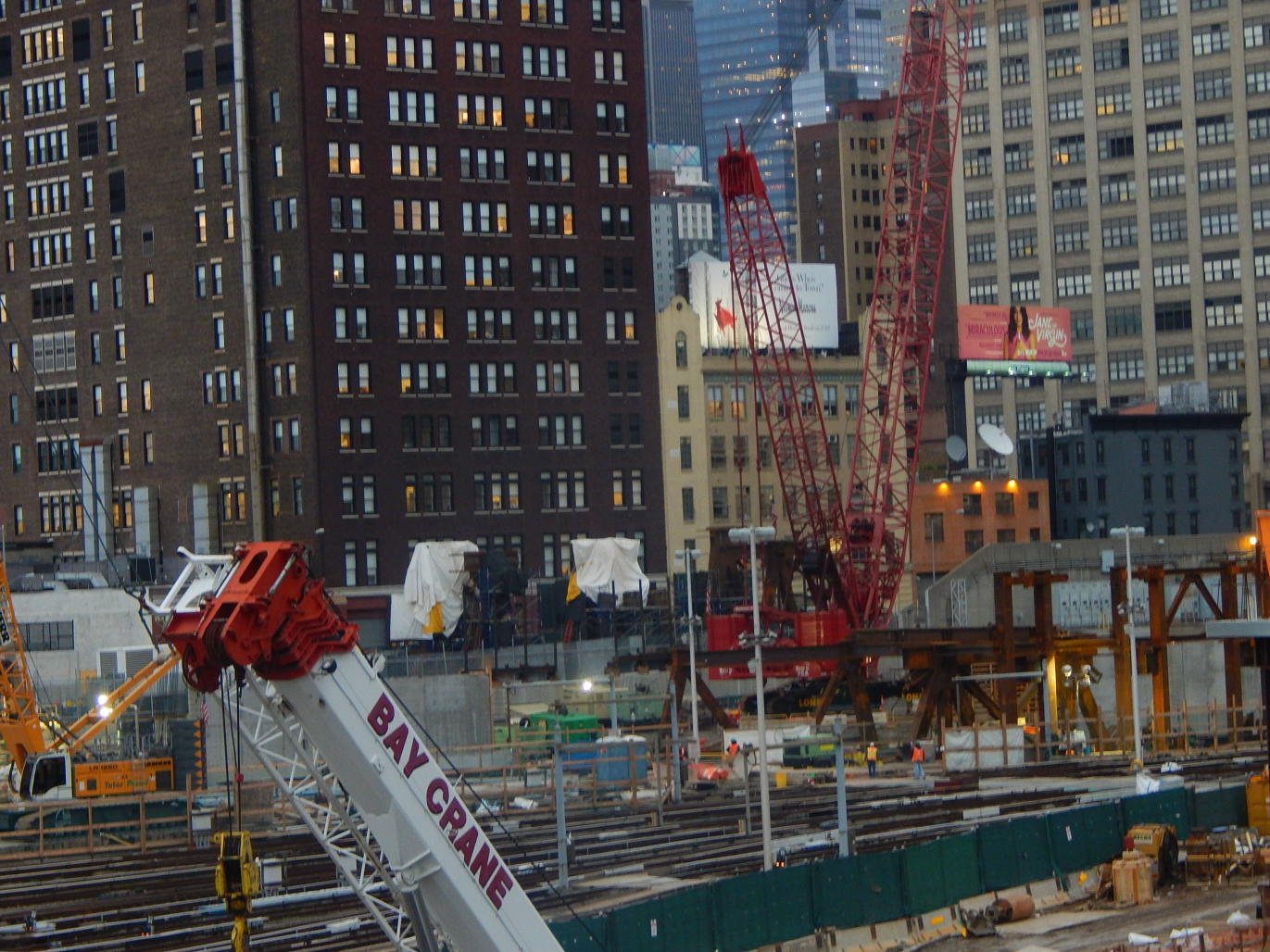 Current Work Based on Pics: 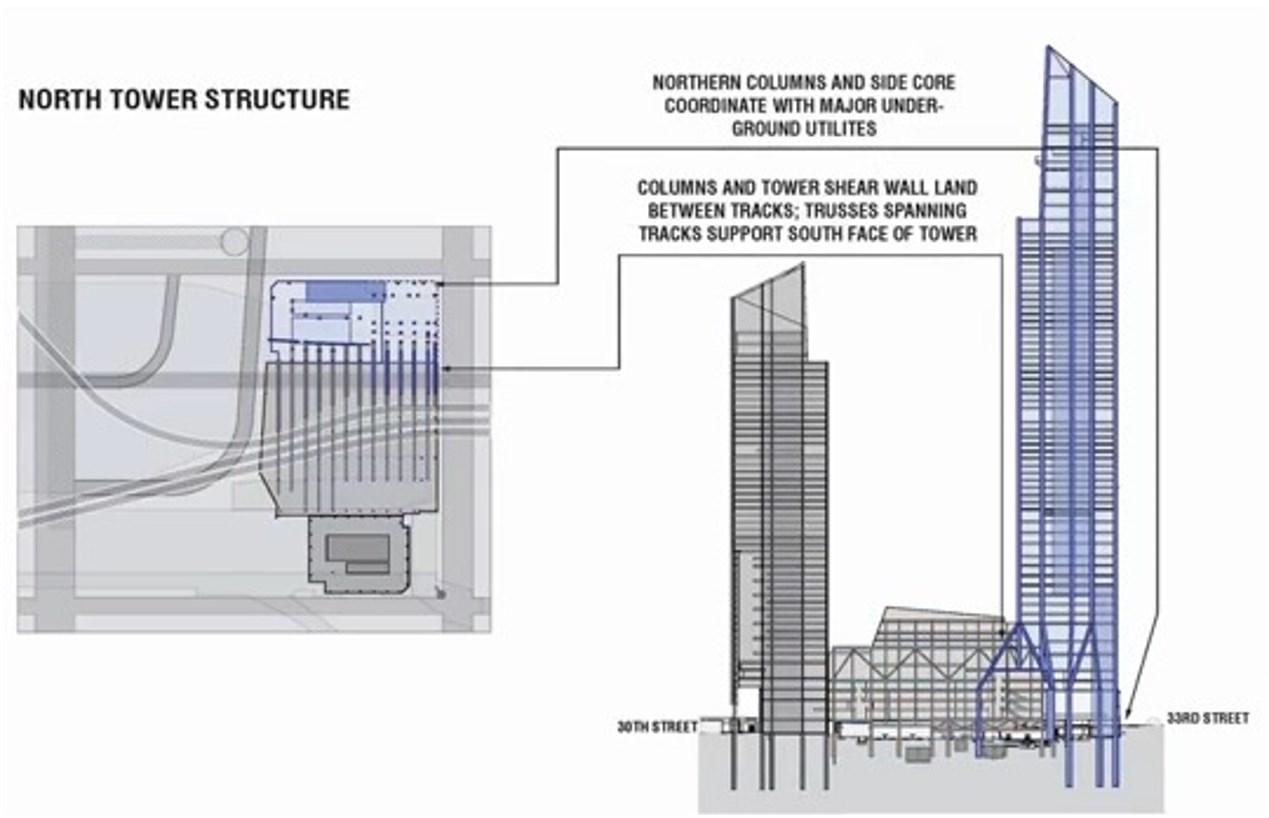 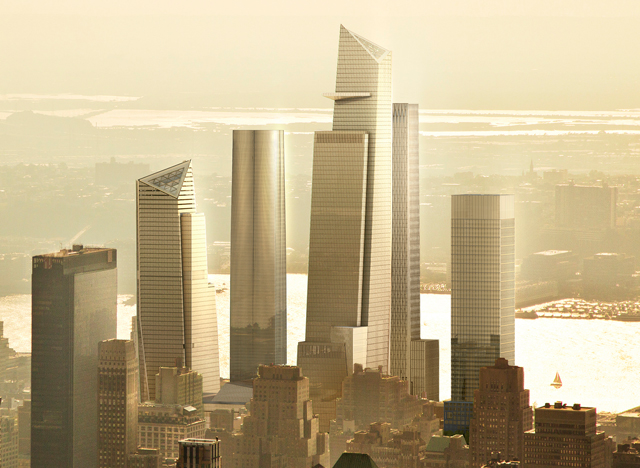 The flagship office tower of Related’s Hudson Yards development, dubbed 30 Hudson Yards, finally has a firm height number. New applications filed with the Department of Buildings reveal a pinnacle 1,287 feet above street level, which is actually slightly above the most recent guesstimates.

The number has hovered just above the Empire State Building’s 1,250-foot spire since last year, when the tower saw a slight reduction. It was originally supposed to surpass the 1,300-foot mark, but apparently that will not be the case. Until now, the only official documents on 30 Hudson Yards had been dummy filings, with a listed height of only 680 feet for its 68 floors. 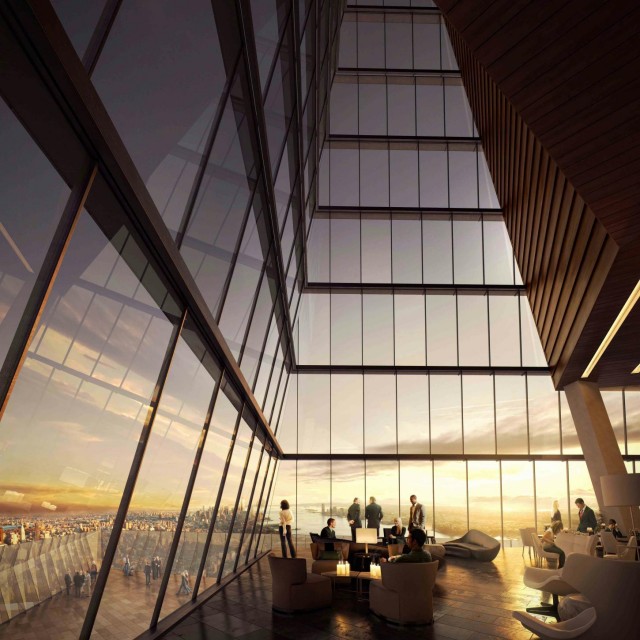 View from the top of 30 Hudson Yards, image from Related

While the Far West Side has the most proposed supertalls of any neighborhood in New York City, none have yet been built, and the transformation over the next year will be dramatic. 10 Hudson Yards, already underway, will be joined by 15, 30, and 35 Hudson Yards, and 3 Hudson Boulevard is also anticipated to begin construction. Unlike its neighbors, 30 Hudson Yards is expected to offer a public observation deck.

Despite the apparent surge in office development, residential is what’s most in-demand along the Far West Side, and the success of Silverstein’s proposal for 520 West 41st Street could be a game-changer for the neighborhood’s future. That project must traverse ULURP before it can rise, but hopefully a rethinking of the greater Hudson Yards rezoning could yield similarly-sized apartment towers across the Far West Side.

In the meantime, Time Warner will anchor 30 Hudson Yards, and opening day is expected in 2018. 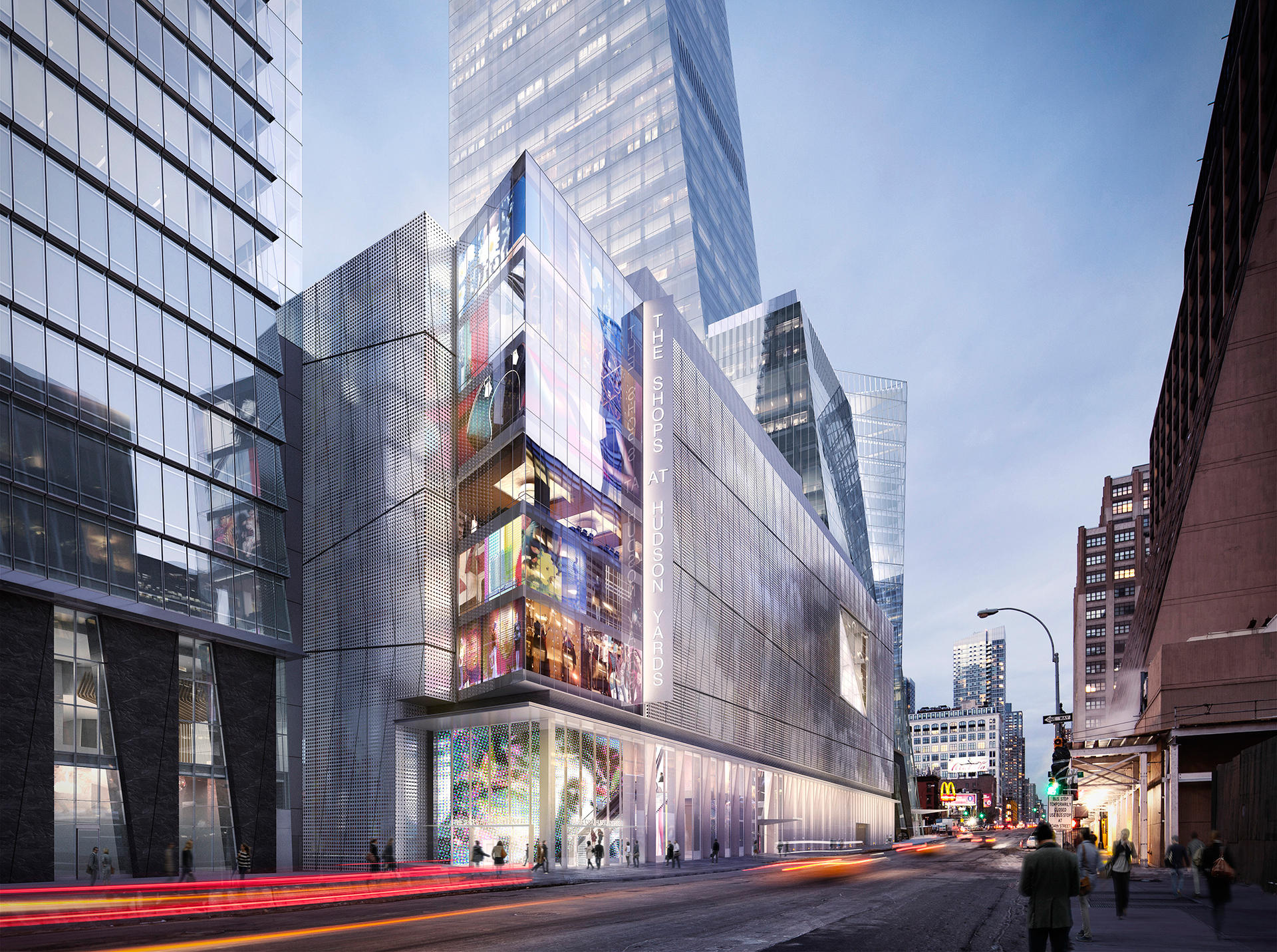 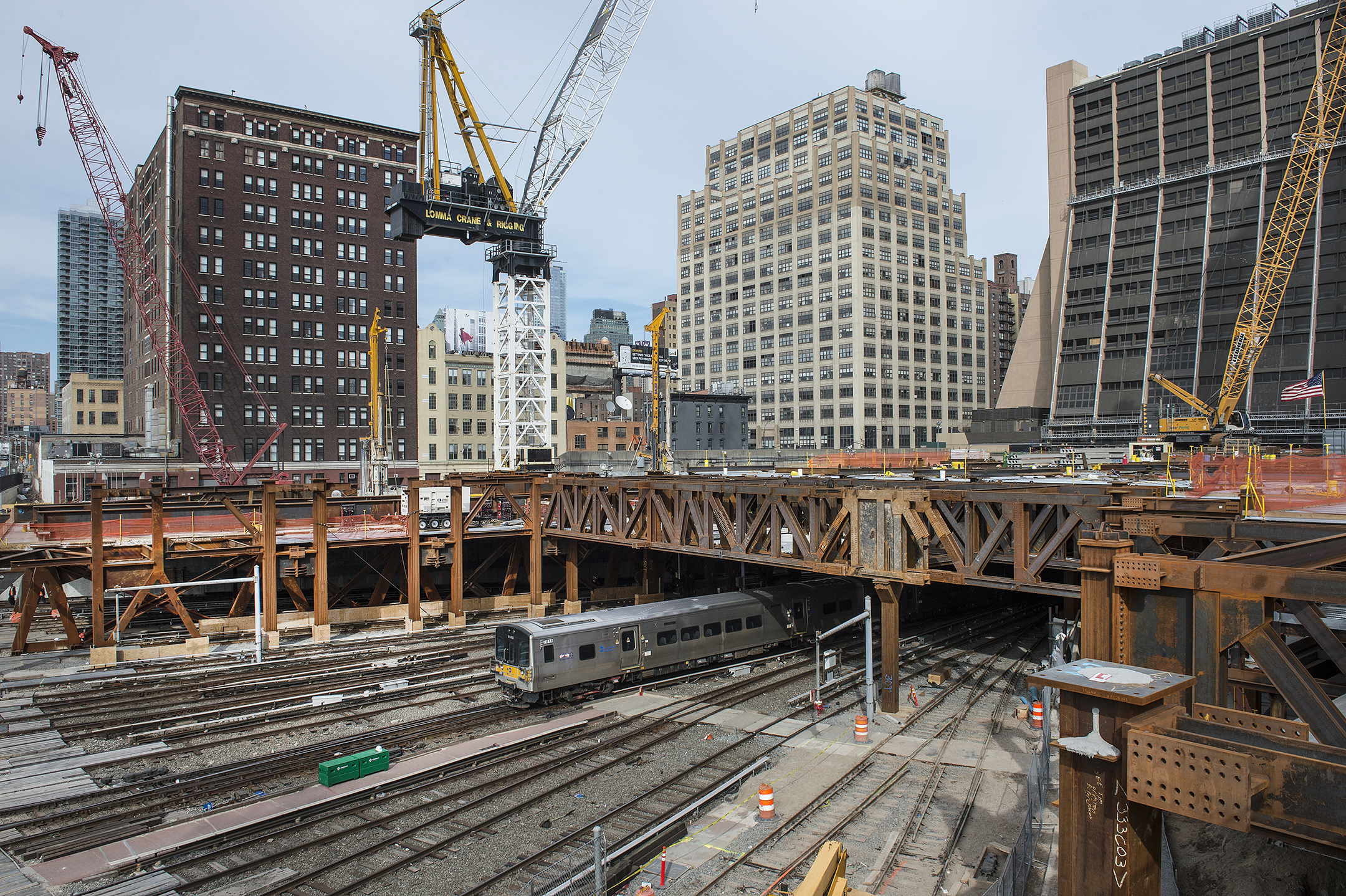 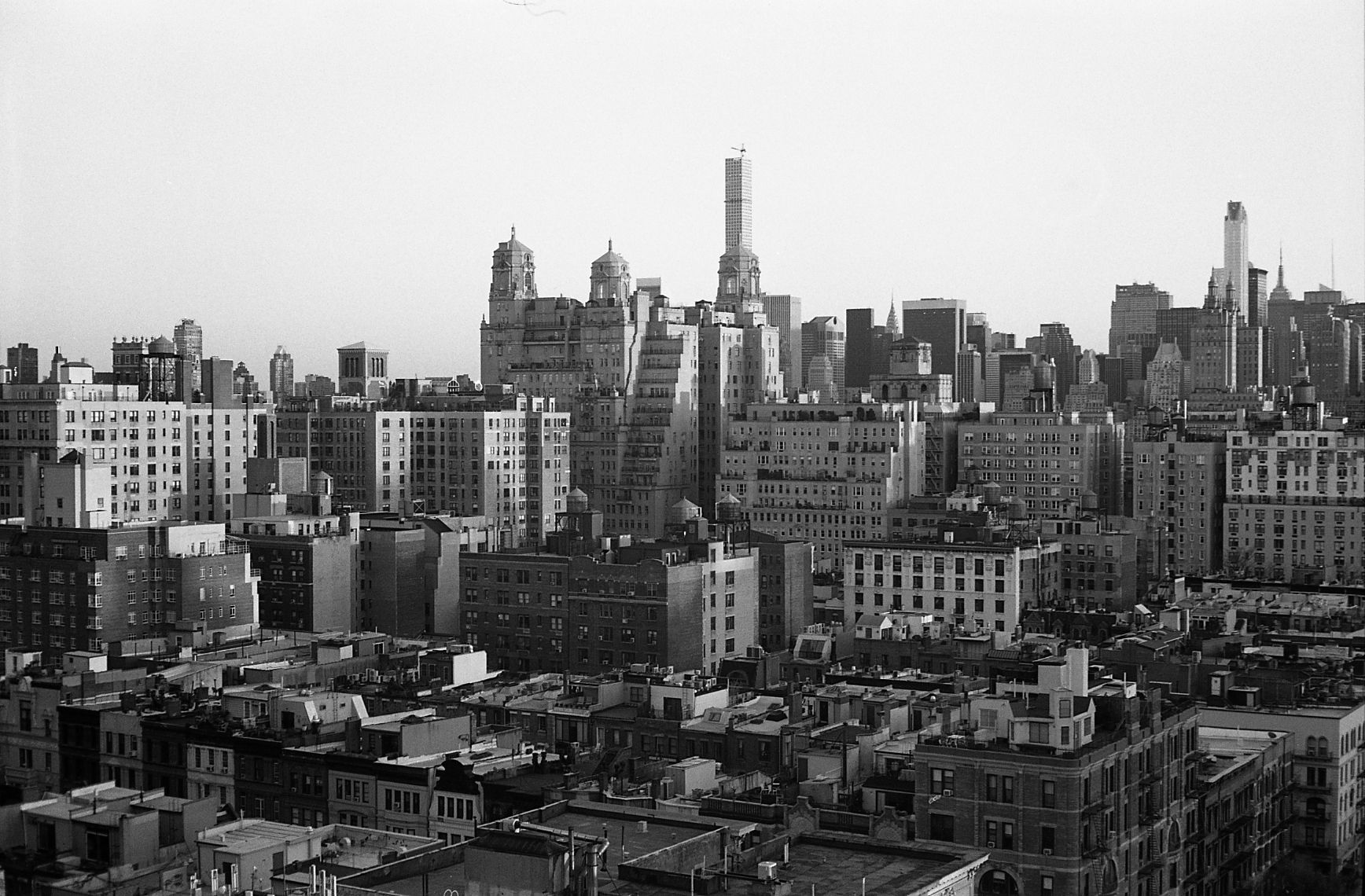 Manhattan, southeast view from 86th Street by triebensee, on Flickr

10 Hudson is already so massive, and this will dwarf it. Probally the best tower u/c next to Steinway.