Excavation is making major headway at 217 West 57th Street and 220 Central Park South, which are being developed by Extell and Vornado, respectively. The towers are situated across the street from one another, making for an impressive amount of construction in a very confined area. The Nordstrom Tower’s architects are Adrian Smith + Gordon Gill, while 220 Central Park South’s architect is Robert Stern.

Besides the equipment on-site, blasting is also underway for 217 West 57th Street, with regular explosions carving out the bedrock underneath the site; given the tower’s pit will eventually reach 80 feet below street level, a significant amount of work remains before normalcy can resume. In the race to the bottom, it seems as though 220 Central Park South has the advantage, given its smaller overall scope.

New documents filed with the DOB shed additional light on 220 Central Park South, confirming the smaller portion of the development — which will be situated on Central Park South, while the ‘tower’ will be located on 58th Street — will stand 15 stories. The building will share many characteristics with its distantly catty-corner neighbor at 15 Central Park West, but the proportions at 220 are significantly more slender, and will likely lend themselves to the most expensive residences in Manhattan.

Completion of 220 Central Park South — which will eventually stand 950 feet tall — is expected in 2016, and work should wrap up on the 1,423′+ Nordstrom Tower approximately one year later.

Another perspective of the mock-ups

The latest permits — which were approved earlier this month — maintain the 66-story tower’s height of 950 feet. A separate 17-story ‘villa’ will be located directly on Central Park South, and the development will be comprised of two distinct buildings, much like 15 Central Park West. 220 Central Park South will have 160 condominiums in total.

Facade mock-ups reveal four different types of limestone that could ultimately clad the development, and the range is fairly specific, from mottled off-white to semi-beige. Each of the choices looks phenomenal, and regardless of the shade that’s chosen, the design of 220 Central Park South promises to become an iconic addition to the New York skyline.

An insider has also tipped YIMBY that renderings previously revealed on Curbed are somewhat out of date, but since their reception was so overwhelmingly positive, Vornado may ultimately revert to the tower’s old design. Whether that actually happens remains to be seen, but the on-site diagrams offer a minimal departure from the renderings, so the final product is going to be attractive regardless.

Holy Cow-- if you look closely, you can see up against 57th Street there’s a ladder that goes down into the Earth even more-- sick construction site!

Excavation is nearing completion at both 220 Central Park South and 217 West 57th Street (hi-res of above photo at link), where earth has been moving very quickly since the last update. Both towers will soon make significant marks on the Midtown skyline, with 217 West 57th set to rival the top of One World Trade Center’s antenna.

Continued signs of foundation work are evident at 220 Central Park South, where sheeting has been laid over the middle of the site. Vornado is developing, and the lot will be split between a low-rise — dubbed “The Villas” — and a high-rise, standing 950 feet tall.

Robert A.M. Stern is designing, and excavators are now removing the last chunks of schist from the pit, which will likely form the bedrock for New York’s most expensive condominiums on record.

Looks like they’re starting to building the floor/basement of the building now! Soon tis will be rising

The design is clearly not what was initially revealed. I hope that the crown was not chopped off as per the rendering at the site.

What makes you say this?
So you’re saying we haven’t actually seen the final design then? D:

I agree with RW! I read somewhere that design that we all had seen was not going be used at all but recently I read Stern & Vornado just may be reverting back to it somewhat, so we really don’t know what the final look will be. (Maybe because of the positive reaction by public with the revealed design is nudging them to go back to it??) I wouldn’t mind if that is the case.

When will you be in NY? We should get a group together for beers.

I think the final design has been decided upon, but it has not yet been released. I doubt it will be too different from what has already leaked, and I think excitement surrounding 220 CPS tops every other project currently under construction, especially re: pricing.

Of course any tower on CPS or CPW will garner tremendous rents and asking prices due to location and views, but to compare to 15 CPW, the most successful residential in the City is a stretch, even if they are going to copy the ground floor design elements. The reason that 15 Central Park West has had such unreal success and the utmost respect universally is due to the genius design. It was purposefully built to match the existing magnificent neighborhood of older buildings with a facade and design that ignored the current pathetic glass trends that we see on every new ugly building going up. It’s height is impressive, but not so to dominate the area and overshadow the park. In short it is the epitome of class and sophistication, a wonderful match to the Dakota, the Beresford, the Majestic, the El Dorado, and it’s other neighbors on CPW. 15 Central Park West is sought out by Movie Stars and Captains of Industry because it represents all that is best about the greatness of NYC, and laughs in the face of gentrification and lame trends. 220 CPS is none of these things, just another too tall tower with no real style at all. They cannot and should not be compared. 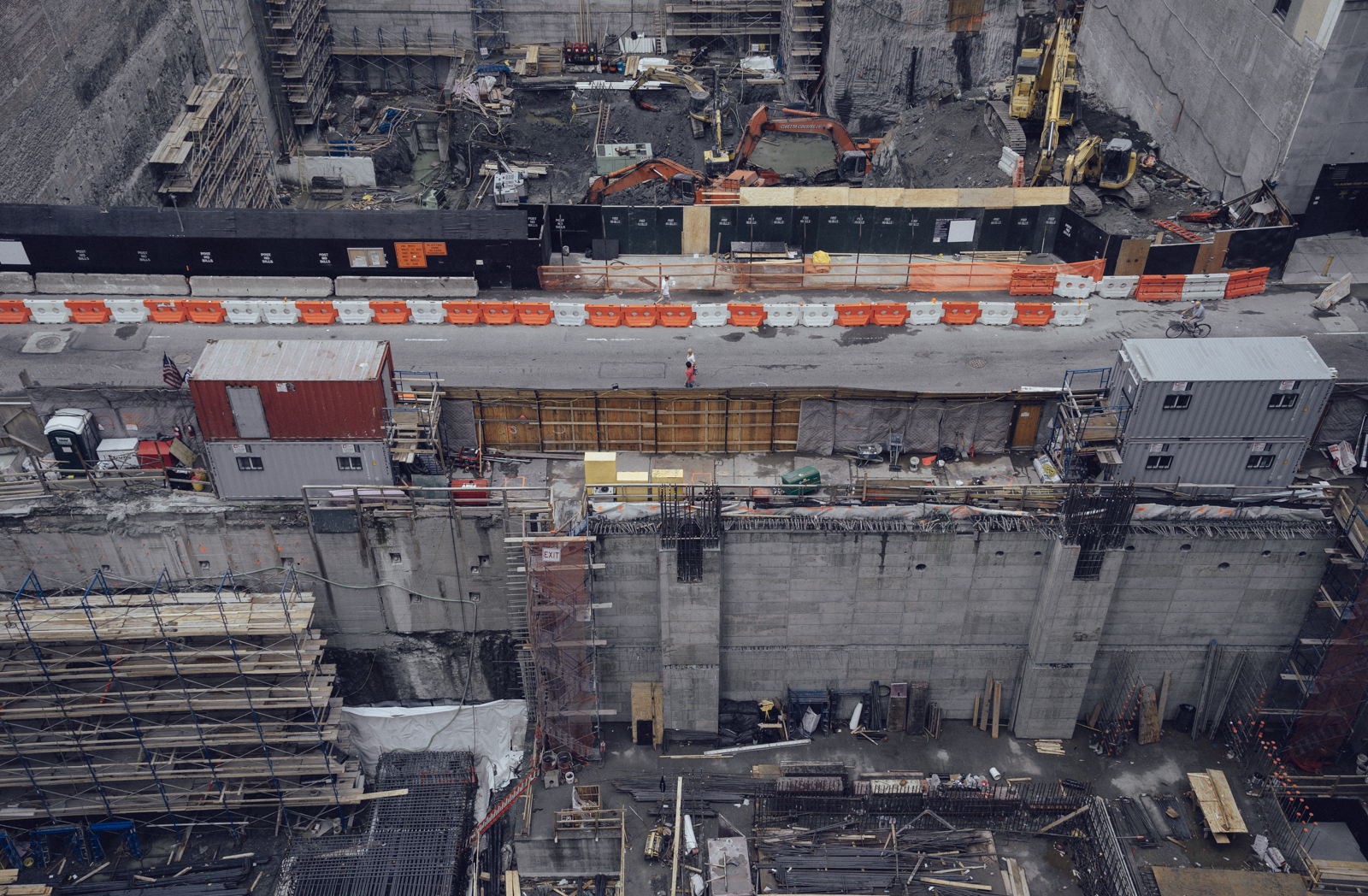 One of the mystery penthouses at 220 Central Park South is now officially listed on the project’s offering plan, and it’s asking $100 million.

Penthouse 73, a duplex on floors 73 and 74 of the Robert A.M. Stern-designed building, will span just over 9,500 square feet with a 713-square-foot terrace. The pad will have five bedrooms, six bathrooms and two powder rooms, according to an amendment to Vornado Realty Trust’s offering plan filed with the Attorney General. The penthouse is asking $100 million, or nearly $10,500 per square foot, according to a copy of the amendment obtained by The Real Deal.

The amendment, dated March 27, still excludes five of the building’s priciest pads, including the top penthouse, which sources said could ask between $150 million and $175 million. The building’s offering plan was approved March 4, as TRD first reported.

Following the price change, the building’s total sellout is $2.7 billion, compared with the original sellout of $2.4 billion.

I have to say, this is probably my favorite work as far as current developments go, I absolutely love this style of architecture… this or 432 Park Ave. Although they are completely different, the minimalistic approach to 432 Park Ave is stunning.

Also, I’m new to the forum! Hoping to one day live in New York and be a part of a great work such as this in the future.