Busy Billionaires’ Row area could get another pricey project

Sale of landmark Lee’s Art Shop building paves way for as much as 126,000 square feet of development: 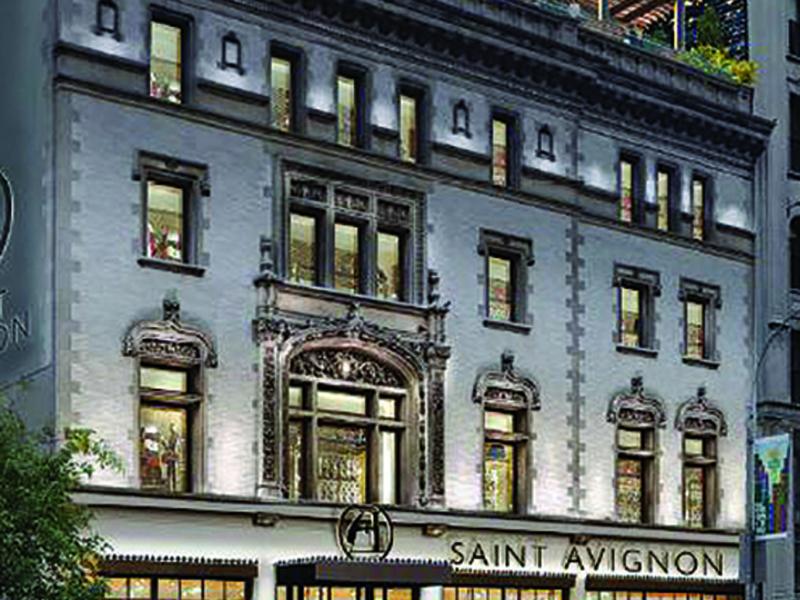 Busy Billionaires' Row area could get another pricey project

Sale of landmark Lee's Art Shop building paves way for as much as 126,000 square feet of development

The once stately and sedate stretch of West 57th Street best known for Carnegie Hall, the Art Students League and luxury shops such as Tiffany & Co. and Bergdorf Goodman, has been reborn as Billionaires’ Row, home to the tallest and most expensive apartment towers in New York. Last month, the Steinberg family agreed to sellm Lee’s Art Shop’s four-story home at 220 W. 57th St. to a pair of developers, adding another pricey project to a street that remains in play.

Thor Equitiesm, the Manhattan commercial real estate development firm led by Joe Sitt, and General Growth Properties, a Chicago-based shopping mall owner, have agreed to close this month on the $85 million purchase of the landmarked Lee’s building. The partners have not yet announced their plans for the 8,400-square-foot lot, which could support as much
as 126,000 square feet of development above the landmarked exterior.

At 217 W. 57th St., Extell Development, led by CEO Gary Barnettm, is building one of the tallest residential buildings in North America: a 1,550-foot condo that is expected to be finished in 2019, and that will rival supertall towers 432 Park Ave. and One57, further east on 57th Street.

Extell assembled several parcels for what it’s calling Central Park Tower, which will have a seven-story, 175,000-square-foot Nordstrom department store—scheduled to open in 2018—at its base. To help finance the tower, a number of the parcels were sold to Nordstrom-controlled firms before construction began.

Some of the older office buildings in the area surrounding 220 W. 57th St. have recently been sold. No plans have yet been filed for them to join the construction rush. Investors instead appear to be holding—perhaps anticipating the increase in value they may see from their proximity to a luxury condo tower.

Noooooo. That is a stunning building.

I agree. That would be a crime.

I agree as well, however the building itself is land marked. The developer would have to build tower on top of it like a Hearst tower.

I was contemplating seppuku if that building were to be razed.

That’s what I was hoping. Here’s hoping whatever gets developed here is designed by SHoP – those guys have proven time and again that they know how to build stunning new towers while integrating and preserving historic landmarks.

I thought it was landmarked, so I was puzzled by the story.

only exterior is landmarked. they could gut the insides build what they want and as long as it looks the same on the outside they are good. Pretty sure that is exactly what Steinway tower did.

I thought I read that was going to be a lobby of sorts. Maybe I am just confusing Dime tower in Brooklyn.

In either case this one is only landmarked on the outside which gives the devs some flexibility.