The First Congregational Church building was completed in 1913, and an annex in the back was added in 1962. The congregation relocated to an old Christian Science church on Stillwater Road in the western section of Stamford at some point in the last ten years. Ever since then, the beautiful church building on Walton Place in Stamford has stood unoccupied. The property also includes a retail building at 80 Prospect Street (built in 1993 after a nearly century-old house was demolished; it apparently housed a mortuary at one time) that at various times used to house a Rite Aid, a Family Dollar and other establishments but is currently vacant. There is also a parking lot at the NW corner of Prospect St and Walton Pl.

The redevelopment plans include razing the 1962 annex and 80 Prospect Street and building a high-rise apartment building. The 1913 church will be reused for amenity space.

The proposed unit mix includes 37 Studio, 89 one-bedroom. 86 two-bedroom, and 12 three-bedroom apartments for a total of 224 units. There will be 262 parking spaces. 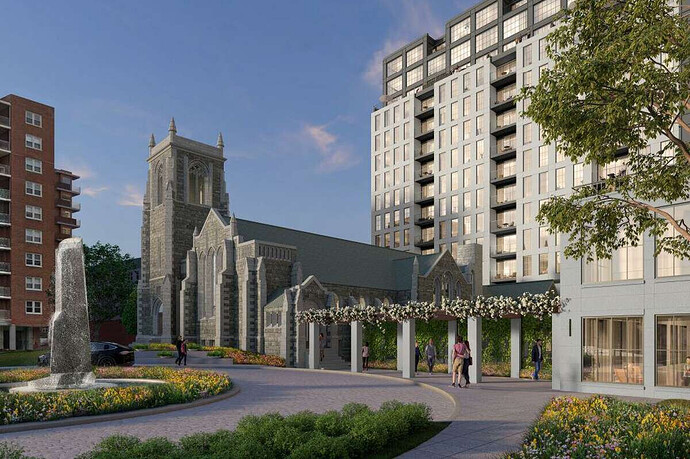 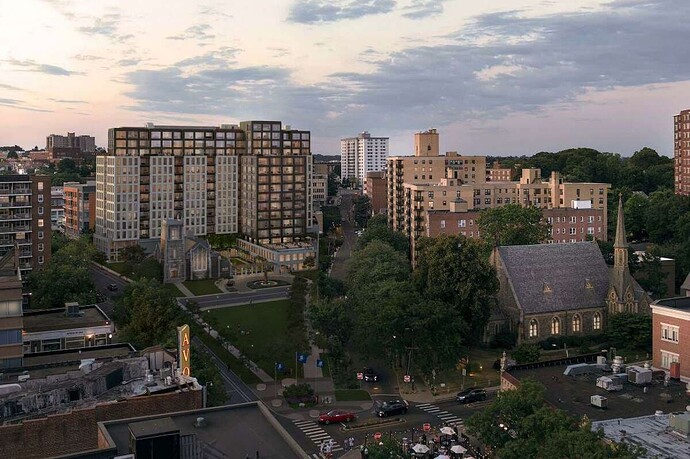 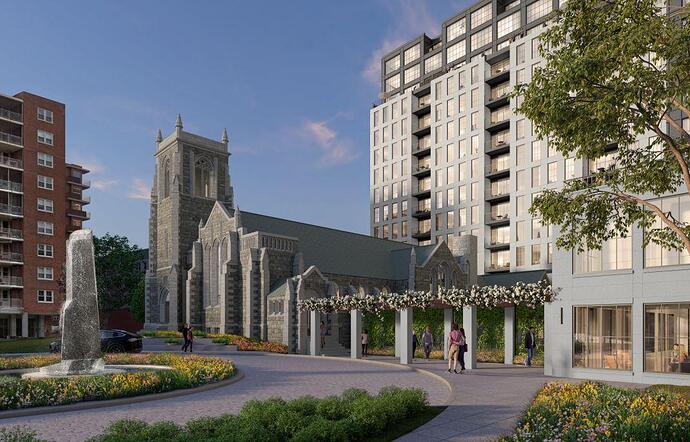 Stamford’s First Congregational Church was sold to provide housing. What will...

The city’s Planning Board has approved a plan to save the historic church and put...