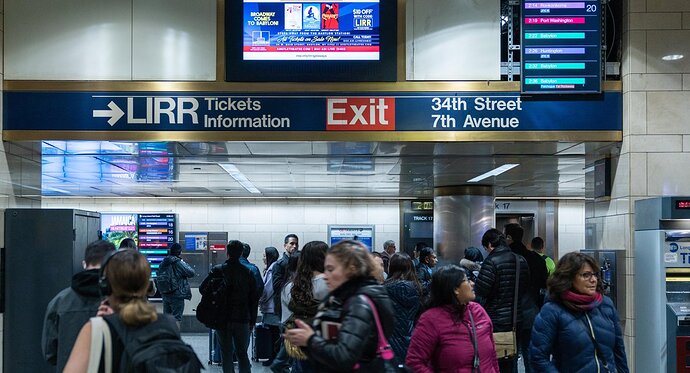 The project to build a new rail tunnel beneath the Hudson River and rehab an existing one will cost $16 billion and not be complete until 2038.

Absolutely disgusting and ridiculous that such a high priority and important project keeps getting delayed and cost inflated.

well, to be fair, the cost of construction has increased dramatically in the past two years. budgets that these agencies have done are all worthless at this point.

the air train at newark is a likely casualty as well. little birds tell me that is going to be put on hold. 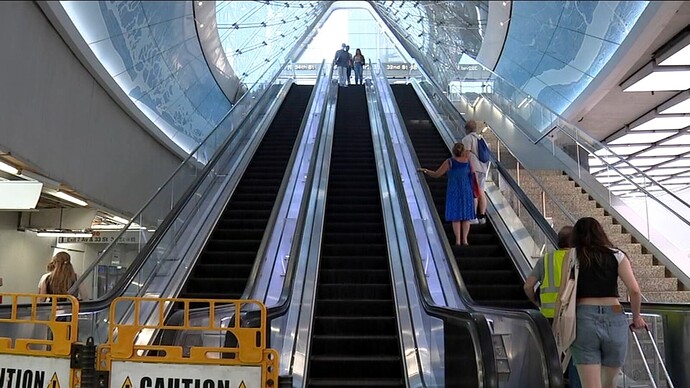 Some of the improvements include dramatic new high ceilings that are three times the old height inside the Long Island Rail Road concourse. 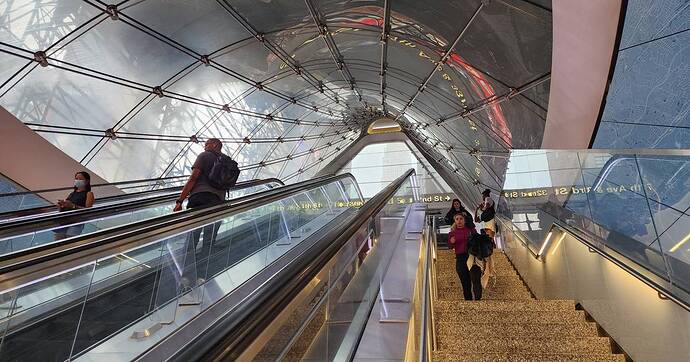 Gov. Hochul was on hand to celebrate the partial opening of the new area, which stretches beneath W. 33rd St. between Seventh Ave. and Eighth Ave. 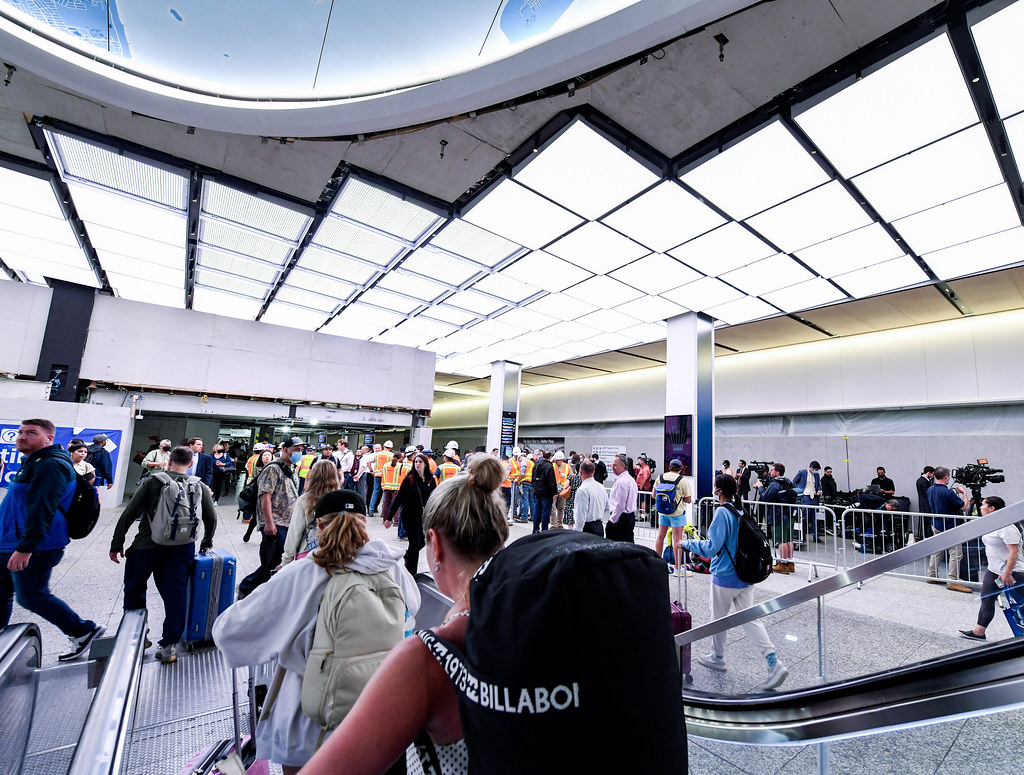 The replacement Newark Airtrain is already funded by the PA. There may well be delays, but it’s happening. And yeah, obviously every project will be more expensive now than a year ago, given inflation and supply chain issues.

I applaud the mayor for raising this. Isn’t it as simple as refusing to renew MSG’s operating permit. This should go to the west side of the HY. 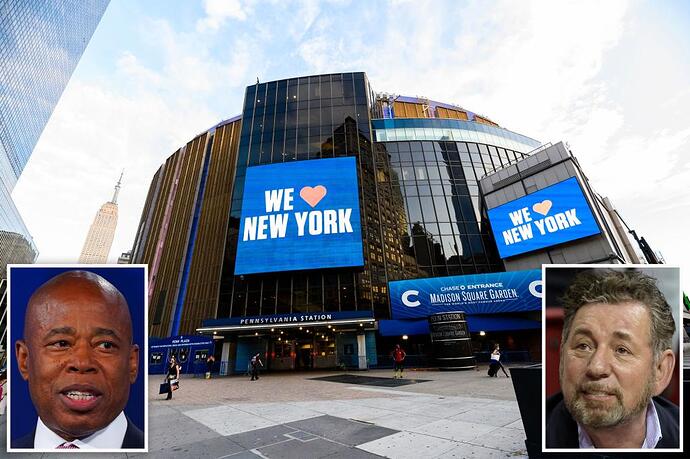 “And if that fits into Madison Square Garden moving into another location – maybe we’ll help the Knicks win.”

The comments however say otherwise

Another article and a render that came from the MTA presentation about the design contract. 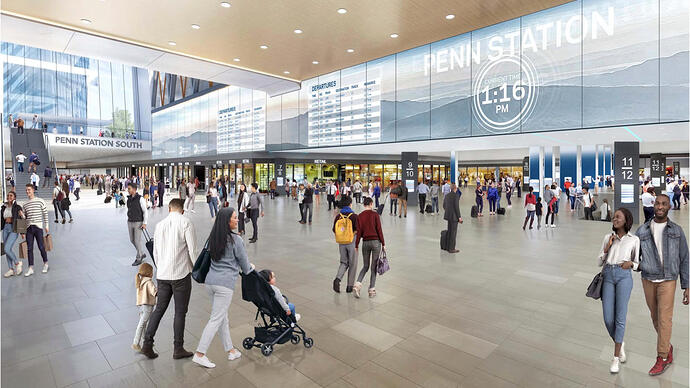 The MTA has picked a group of architecture and engineering companies to design Governor Kathy Hochul’s $7 billion Penn Station renovation. 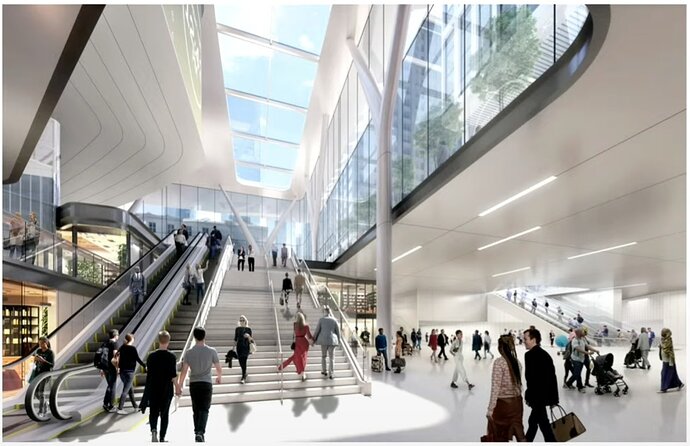 I mean… great… but Penn just underwent two separate reno. projects (Moynihan and the in-progress main corridor with new entrance), and now we’re going to start a third… before we even know if MSG might move?! How many times in two decades can we do multi-billion-dollar renovations of one station? Wouldn’t it be better to have one cohesive design in the event MSG actually (miracle of miracles) moves?

Moynihan was not a renovation of Penn.
And the main entrance is only a partial reno of just that part.

I mean it wasn’t particularly a renovation more so than an addition in the case of Moynihan, but @rbrome’s point still stands. The LIRR concourse demo/renovations are one project with the new entrance and are a big part of the current ongoing improvements, so it’s not really just that part.

The only thing I’d say rbrome, is that the cost of both the current reconstruction project and Moynihan was only slightly over $2 billion, which really actually isn’t that much compared to other transit projects that have gone on in the city. As for MSG, MTA has really already decided that MSG isn’t going to move, and Dolan has made it evident that he isn’t. Even though the operating permit expires next year, he still owns the building. That’s why MTA has already gone through the process of designing/reconstructing the station with MSG overhead still. Cohesiveness will exist in the new design and the current reconstruction, just not with the same intent that is seen at Moynihan.

Hmm, it includes all that. I assumed it was quite a bit smaller.

Yes, I know these are different areas of the station, but there is overlap.

The Moynihan project did include renovating and expanding the existing west concourse, and it does extend to the platforms with new escalators and stairs all the way down. It is part of Penn Station.

The fancy new glass entrance (just completed) and new central corridor (in progress) certainly seem like they would fall within the footprint of this new renovation the governor is pushing.

Obviously one would hope they won’t re-do what they’re just finishing now. I’m not saying that. And obviously more needs to be done for it to be up to decent standards.

But there does seem to be some new political interest in moving MSG. So if they proceed with the governor’s plan now, then finally reach a deal to move MSG, they will certainly be re-doing some things that were just done, and/or it will end up as four different projects that look like four different projects, instead of one grand, cohesive station. That’s what I’m concerned about.

I can’t tell if you are replying to mcart or myself, but I was agreeing with the majority of your points but the cost perspective.

The East End Gateway entrance and LIRR concourse reconstructions “are” a part of the overall Penn Station Plan that is currently in the planning/design phase, but it is not a part of the $7 billion price tag for the rest of the construction coming in the next phase. The cost of the current renovation is $600 million.

As it concerns MSG, even with political interest, Dolan still owns the building/site. “If” the arena was ever demolished, I don’t think they’d have to do much reno below ground because the arena structure was built to align with the station’s, not the other way around, if they intended to build something else in it’s place is another story and “would” obviously make the need for reconstructions below grade.

MSG must go. The time has come to invest in the most important transportation project in the city and get rid of the worst arena in sports:

Well for the foreseeable future, I don’t think the Governor, the state, nor the MTA are wanting to wait until next year to see what Dolan does after the operating permit expires since he has yet to explicitly say anything. Hence why they are just progressing with the current plan and have been in the case that MSG should or shouldn’t go.

Even so, since it very much seems like it’s staying, the best thing to do in concurrence with the station is that the Hulu Theater be removed.

I think it expires soon. NY needs to play hardball with Dolan. He’s not MBS, whom world leaders, including our senile President, are compelled to pay homage. Instead, Dolan is a putz. He needs to move that crappy arena.