This is What the Kosciuszko Bridge Could Look Like

GREENPOINT — Brooklyn residents near the Kosciuszko Bridge said designs for the new, $770 million project looked “beautiful,” but concerns about how construction would play over the next five years dominated a community meeting Wednesday.

The state Department of Transportation awarded a $555 million contract for the first phase — the largest contract in the state’s history — to build a new Kosciuszko Bridge between Brooklyn and Queens over Newtown Creek.

The current bridge is unsafe and structurally unsound for the long term, DOT representative Robert Adams said at the meeting.

But with a new bridge in the works, locals said they are worried that officials will abandon the old one, which will continue to be used until its planned demolition in 2017.

This generic contemporary bridge design is dull and VERY ORDINARY.

1/21. Sorry for the low quality image. Best I could do with the iphone. 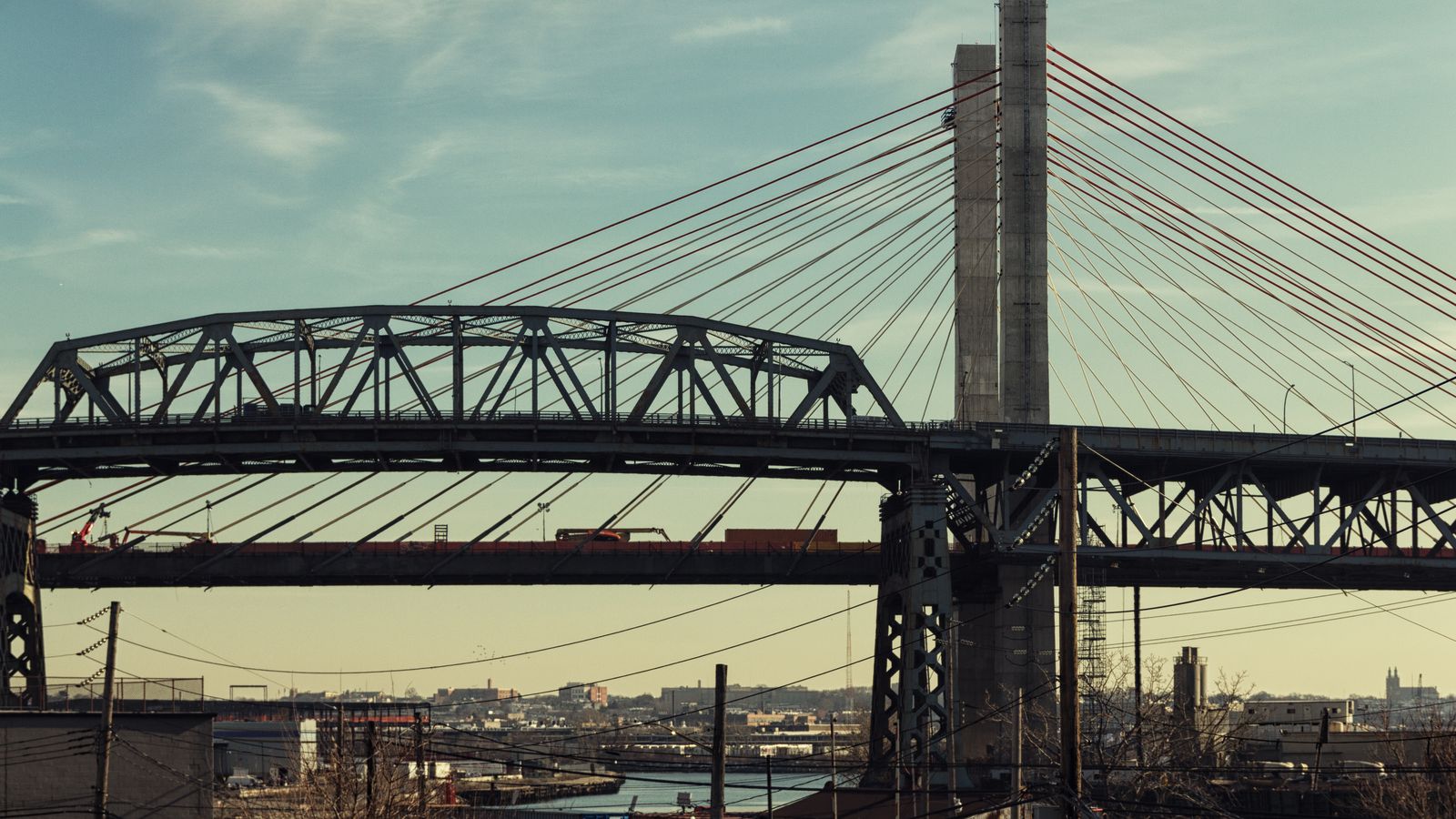 The brand-new span is the first bridge to debut in NYC since 1964. 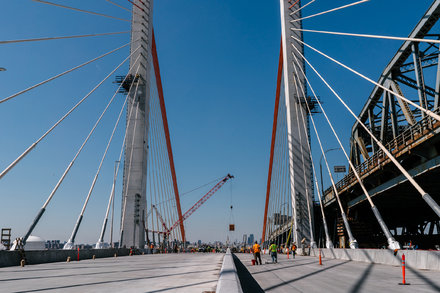 3 New Bridges Rise in New York, With Looks That Could Stop Traffic

The home of past-century wonders like the Brooklyn Bridge returns to building cable-stayed bridges, which are designed to “stand the test of time.”

I’ll move this to complete section.

Came out fantastic. Drove on it today.

Can’t wait for another bridge, the Goethals to finish up.

Nope. Not complete. The old bridge will be coming down. And then there is a second span yet to be built.

The Tappan Zee Bridge upriver will hopefully open sometime within a year from now.

Oops. I’m wrong. It’s the Goethals that will have two spans. This one is done. Sorry.

This bridge will have a second identical span right next to this one. Main span of former Kosciuszko Bridge being lowered onto barges

New Yorkers are officially saying goodbye to the old Kosciuszko Bridge, as the main span began being lowered onto two barges in the Newtown Creek.

Older bridge is being taken apart. 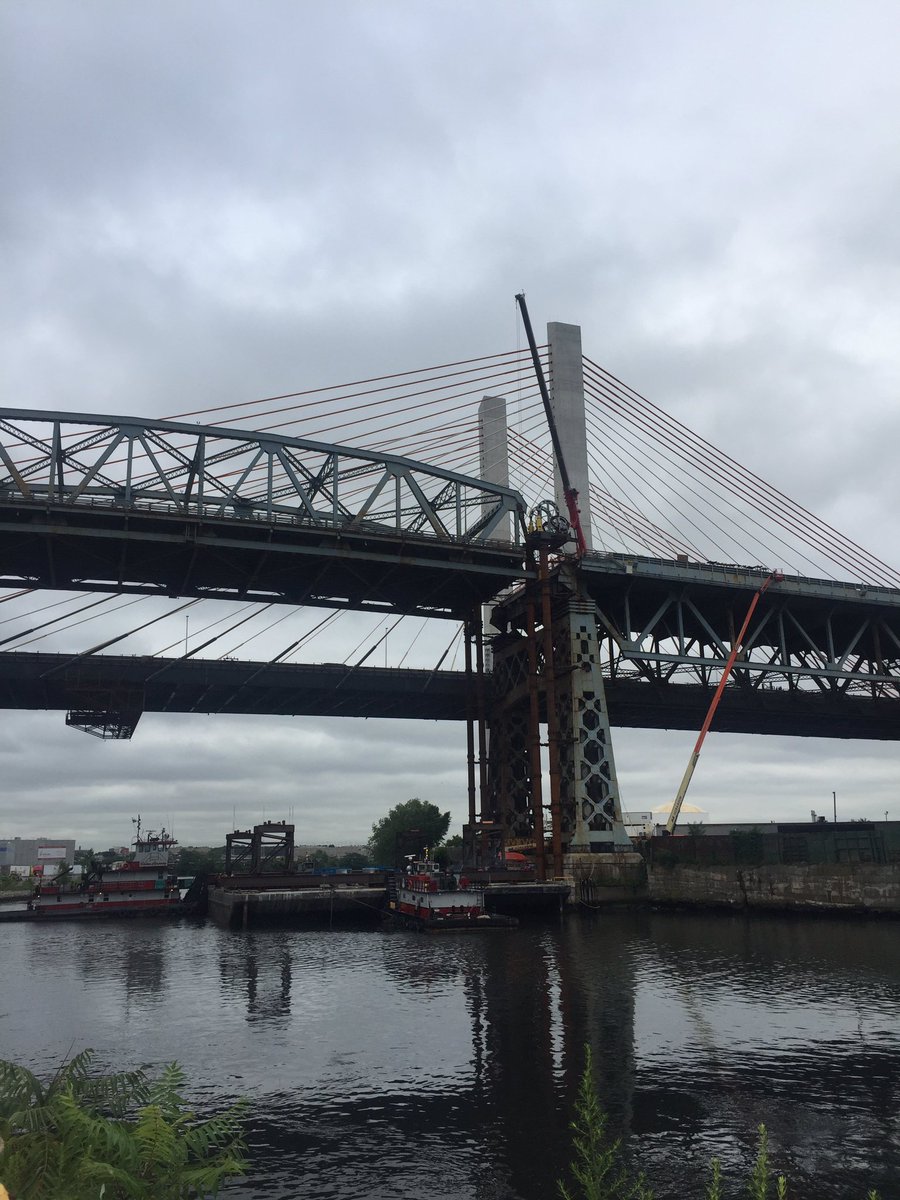 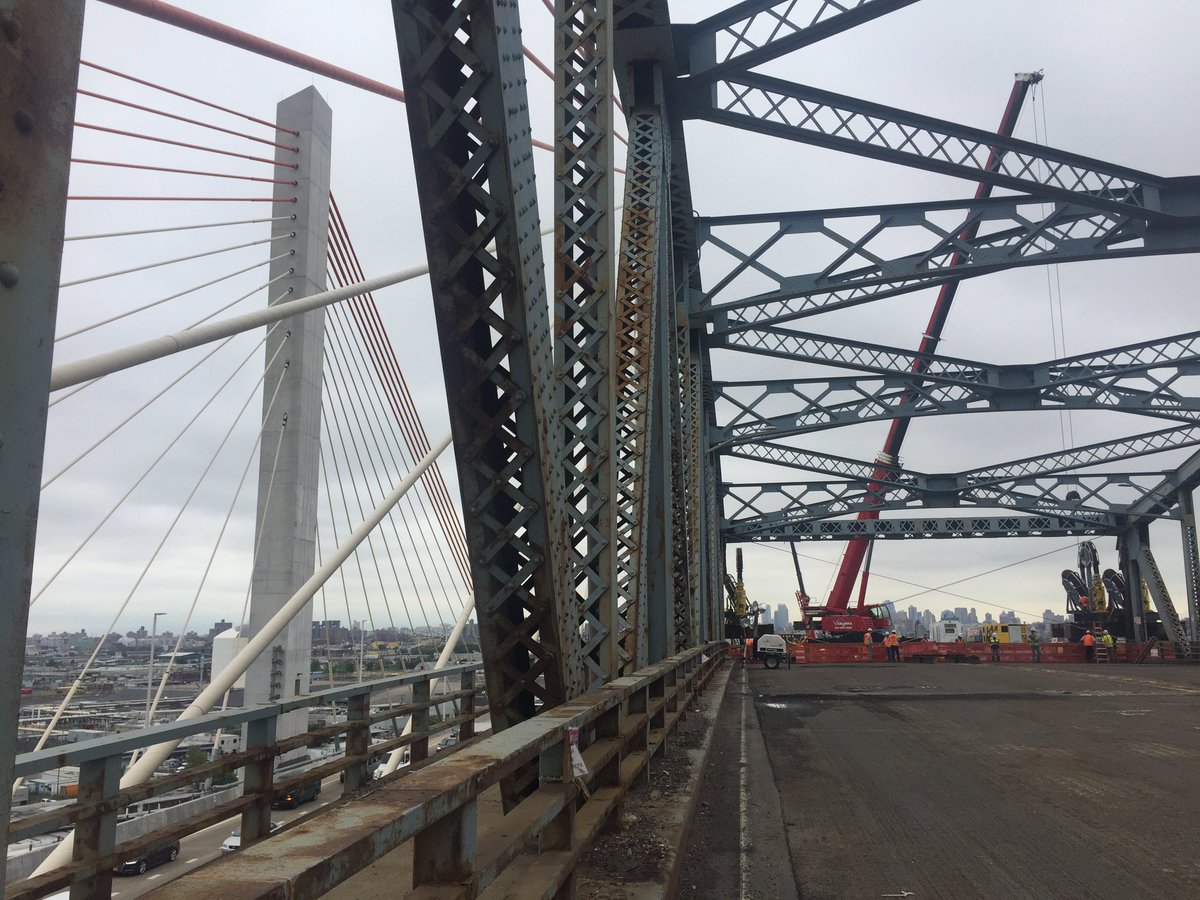 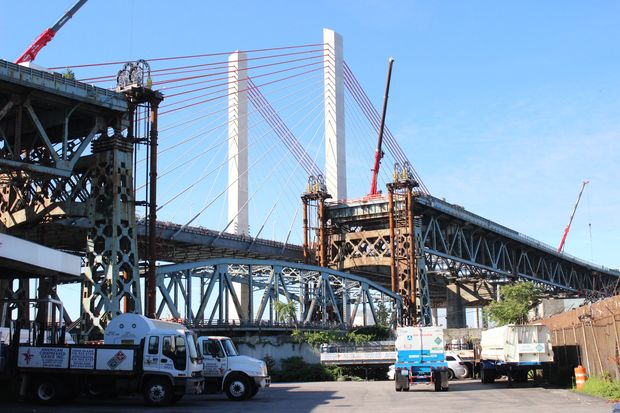 The central section of the bridge was lowered Tuesday and was floated down the Newtown Creek Wednesday.