As New Tappan Zee Bridge Goes Up (Along With Tolls), Funding Questions Remain

A new Tappan Zee Bridge is rising over a three-mile stretch of the Hudson River — the first pilings are in, looking like giant tree stumps growing out of the water — but a big question looms: Where will the $3.9 billion come from to pay for it?

Officials at the New York State Thruway Authority, the agency overseeing construction of the bridge, one of the country’s biggest civil engineering projects, say that it will largely be financed with bonds that will be paid for by tolls.

“The intent is to pay for the entire cost of the project by increases at the bridge itself,” Thomas J. Madison Jr., the authority’s executive director, said in an interview.

But more than a few government officials, including members of the State Legislature and transportation finance experts, fear that increases in what is now a $5 round-trip toll may be too steep for daily commuters and thus politically untenable.

The replacement for the Tappan Zee Bridge will carry eight lanes of traffic between Rockland and Westchester Counties.21st-Century Span: A Colossal Bridge Will Rise Across the Hudson

TARRYTOWN, N.Y. — The shape of the new Tappan Zee Bridge is emerging from the green-gray waters of the Hudson River.

Steel piles drilled into the river’s muck and bedrock are beginning to reveal the trail the bridge will take to leap the three miles that separate Westchester and Rockland Counties.

The Erector Set-like skeleton of the first of 86 pairs of columns that will support the twin-spanned bridge rises 40 feet in the air near the Westchester side, waiting to be entombed in concrete that will be poured from an inventive floating concrete plant.

“It looks like a fish after the meat has been removed” is the way Darrell Waters, president of Tappan Zee Constructors, the consortium building the bridge for the New York State Thruway Authority, describes it.

And two massive forms the size of football fields await the concrete to form platforms that will support the four 40-story towers of the bridge’s main span — each platform supporting two towers.

Less than a year after construction began, the first major bridge to be built in the New York City area in half a century has progressed toward its planned openings: The first span, for two-way traffic, is to be completed in December 2016, and the full bridge, which is not yet formally named, by 2018. 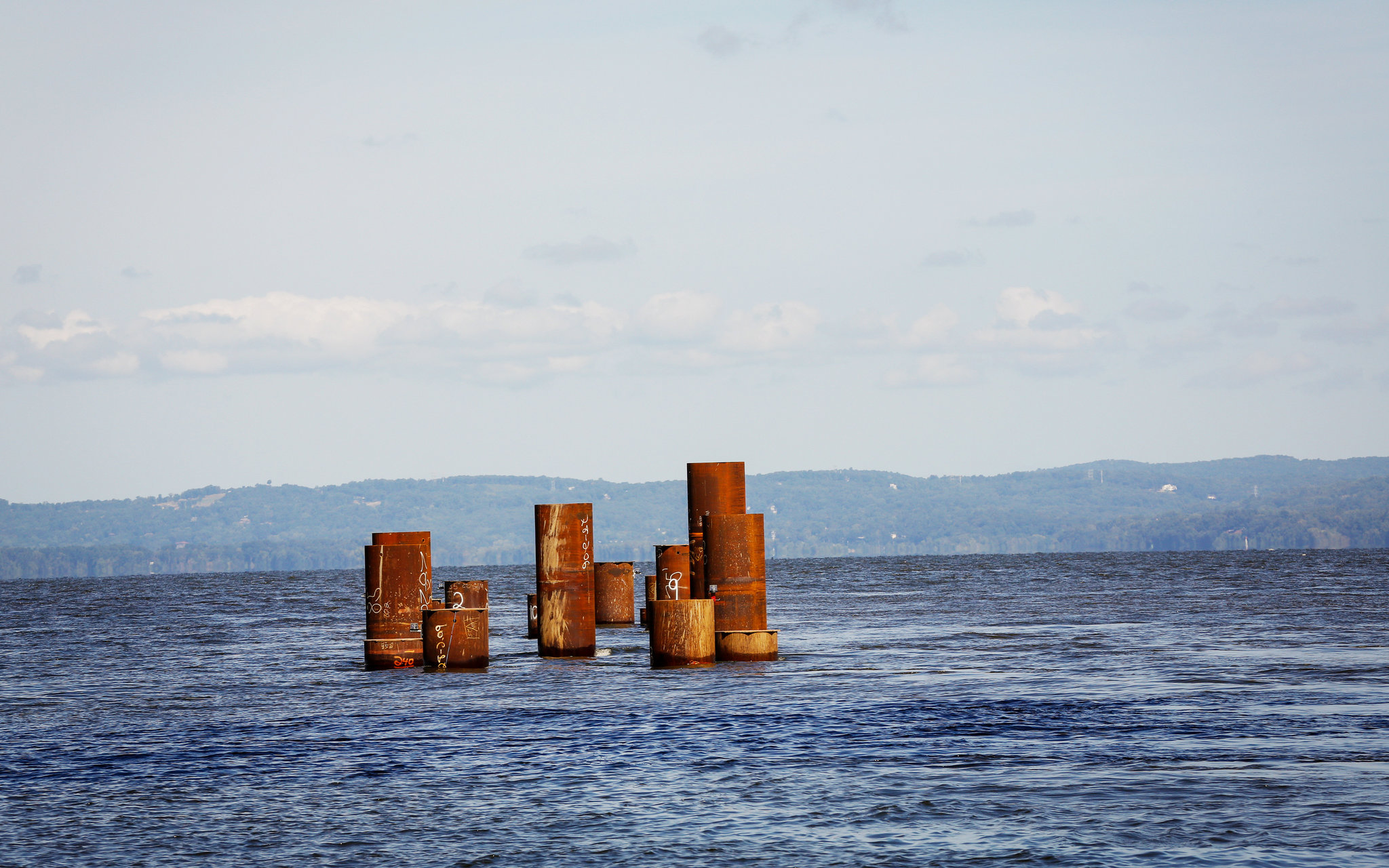 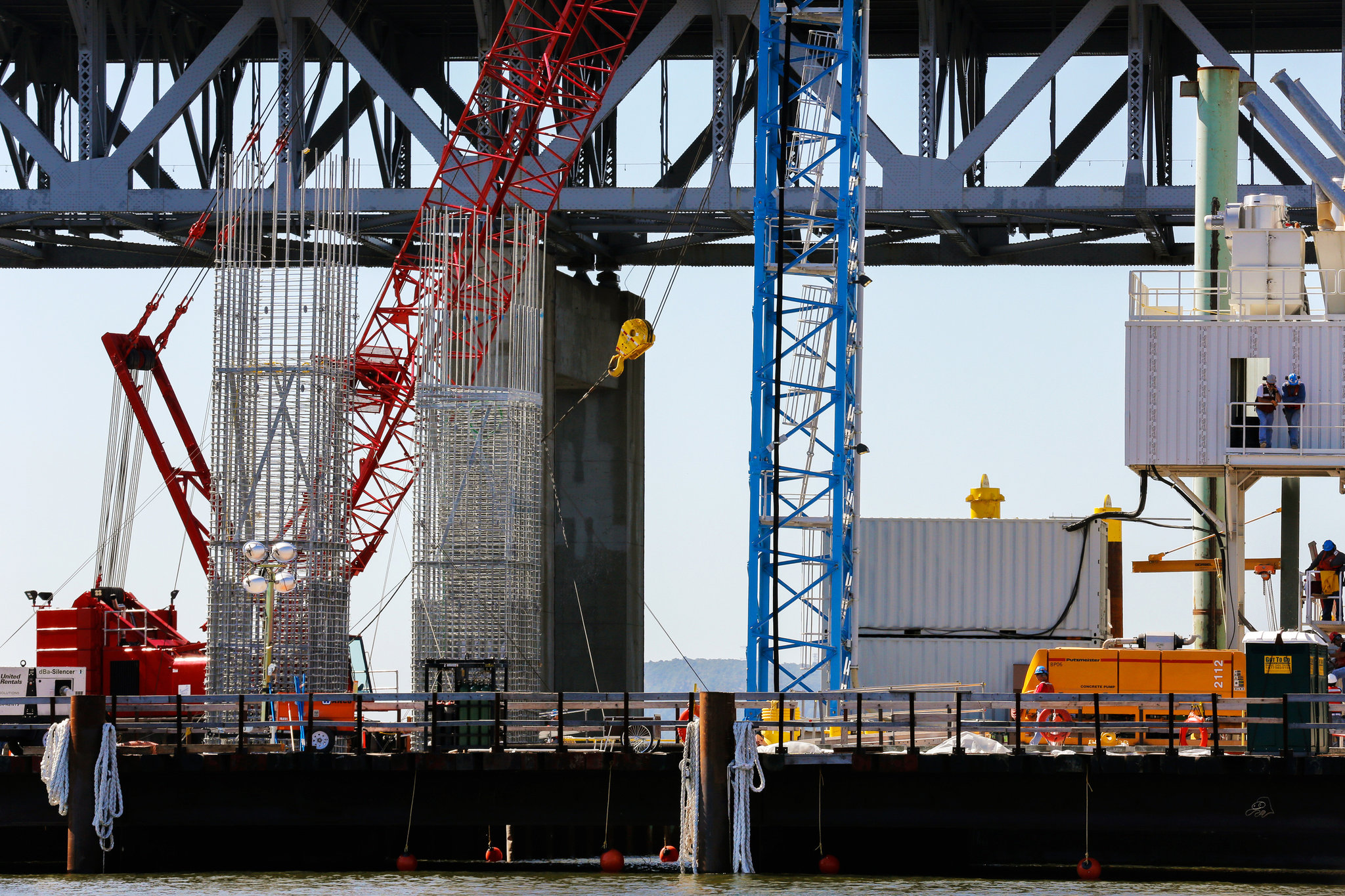 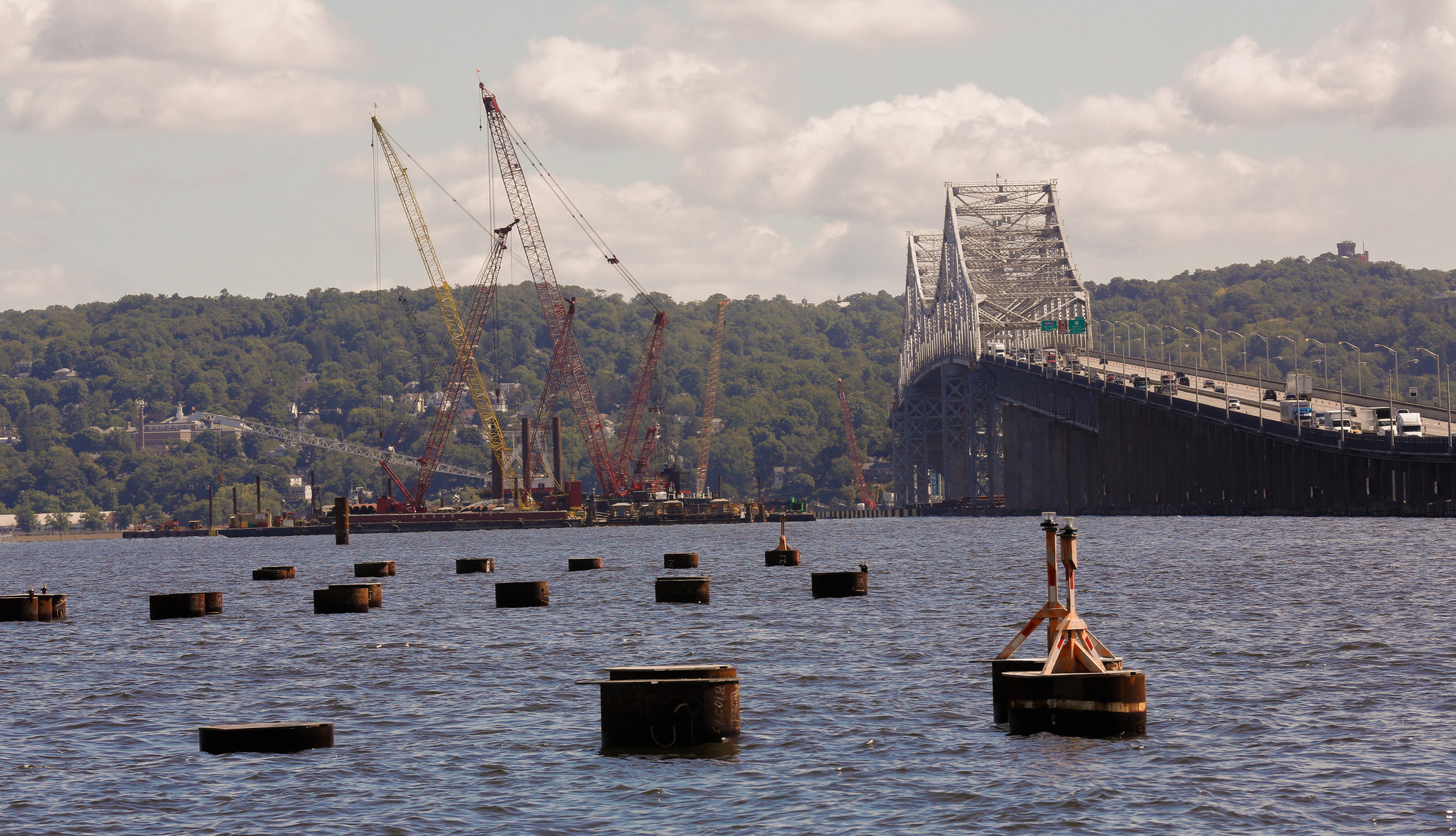 The state Authorities Budget Office report released Thursday is a black eye for the Cuomo administration, which pushed to redirect the Environmental Facilities Corp. money from its intended purpose of funding clean water and sewer projects.

The probe was sparked by a complaint filed by activist groups.

The Environmental Protection Agency, in a ruling being appealed by the state, recently rejected the use of most of the clean-water money approved for the bridge.

Interesting.
What a sight.

Lots of bridges going up or getting renovations/upgrades.

Here’s the Goethals Bridge over in good old NJ or the state that I reside in.

I’m all the way in Somerset County, but I work in the area. See it every day commuting via the turnpike. 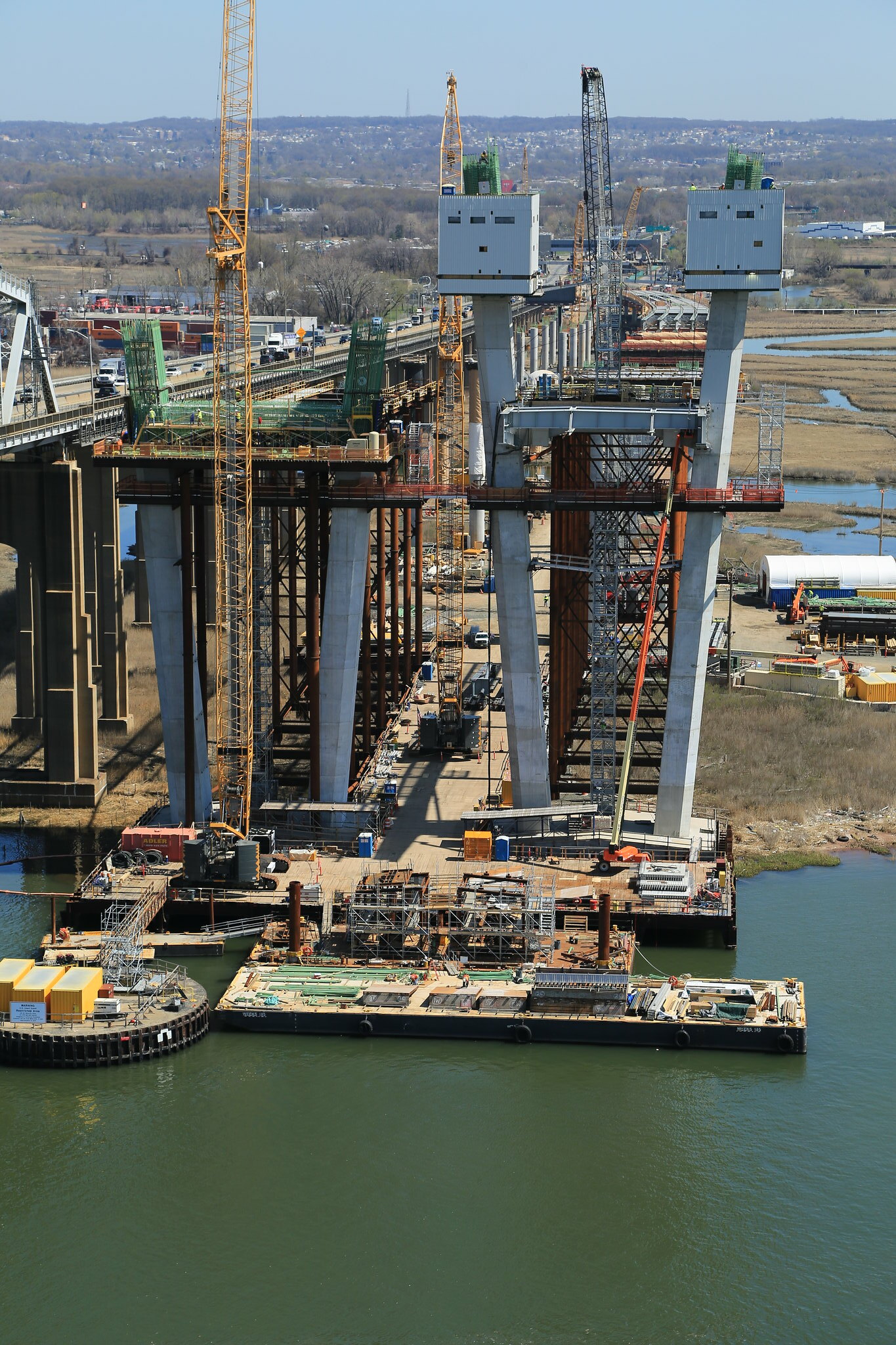 Great updates guys! I had a search online and after seeing renderings, the bridge looks rather smart!

What is the need for the new bridge? Higher capacity? Is the current bridge comig the end of its life?

I love a good bridge, lookig forward to see the updates rolling in

Where and what bridge is this??

this bridge is outside of NYC proper, but spans the Hudson River like the GWB. It connects Rockland County at Nyack to Westchester County at Tarrytown. It hosts a massive amount of traffic, the most in New York State outside the city if I remember correctly.The old bridge was built during the Korean War cheaply. It was not built for the amount of traffic it gets or for its current lifespan. It was in need of constant repair.

ok, so whats the bridge name?

I forgot the bridge was my avatar

The construction has been well documented with several high resolution webcams watching over it. Here’s a shot from this evening from an earthcam in Westchester. here’s one from a few weeks ago, this time of the year the setting sun sometimes reflects nicely off the silver-painted trusses of the old bridge’s main span. several more from even longer ago which I have saved.

in the fog at night I love how they are prpgressing on the new bridge. Everytime I go over it, it seems like a lot has changed. I liked the look of the old one but it needs to go. I think i read something a while ago that said some of the pilings/supports are still wood? Since they needed the steel for the war. But then a lot of the wood is decaying from some parasite/worms that are eating into these supports? Scary if true.

Apparently one of the cranes just collapsed from the new construction onto the current/old bridge. Entire bridge shut down.

A crane collapsed across the span of New York’s Tappan Zee Bridge today, blocking traffic and wreaking havoc on the state’s longest bridge.

This is the largest infrastructure project in America currently under construction! But really unfortunate what happened