After a decade-long wait, construction commenced in late July on a pair of conjoined rental towers designed by SHoP Architects on an empty parcel on First Avenue between 35th and 36th Streets. The New York Times reported that the two copper buildings, consisting of 800 units and reaching up to 49 and 40 stories, will be connected by a sky bridge. The luxury development will boast high-end amenities and facilities such as indoor lap pool, rooftop deck with infinity pool, fitness center, squash court, and film screening room.

These dancing towers will be a visual departure for this area around Turtle Bay, which is home to a cluster of hospitals and medical centers and bereft of much new contemporary architecture. Vishaan Chakrabarti, a partner at SHoP Architects, told the Times that the copper veiled facades were inspired from Richard Serra’s twisted sheet metal sculptures. Also in the works is a privately-operated park and an elementary school if City Planning gives the developer JDS Development the green light.

The construction site flooded during Hurricane Sandy, so now the two buildings are being prepped for future storms. JDS Development said they are planning on placing mechanicals above grade, and considering floodgates and backup generators.

The development is expected to be completed by early 2016. 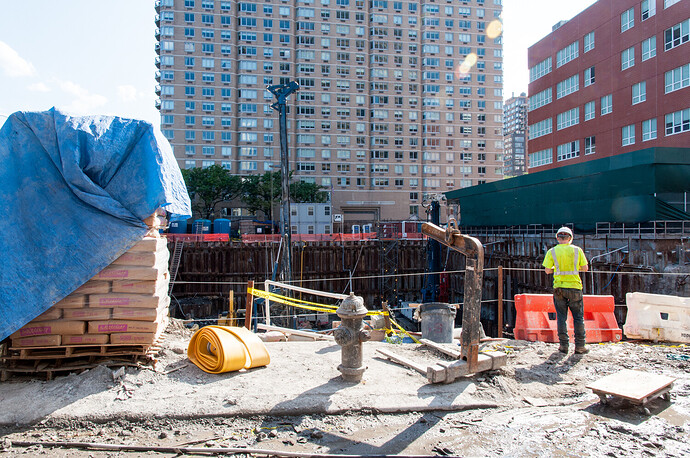 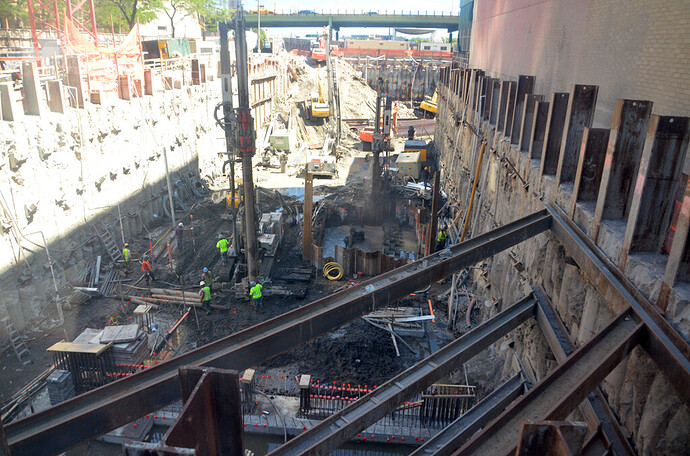 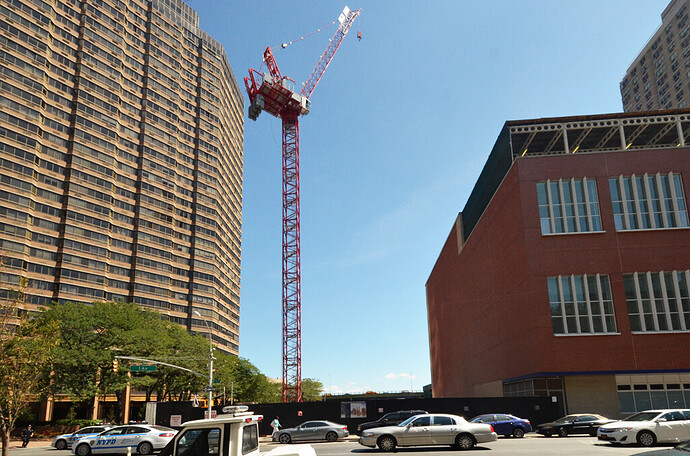 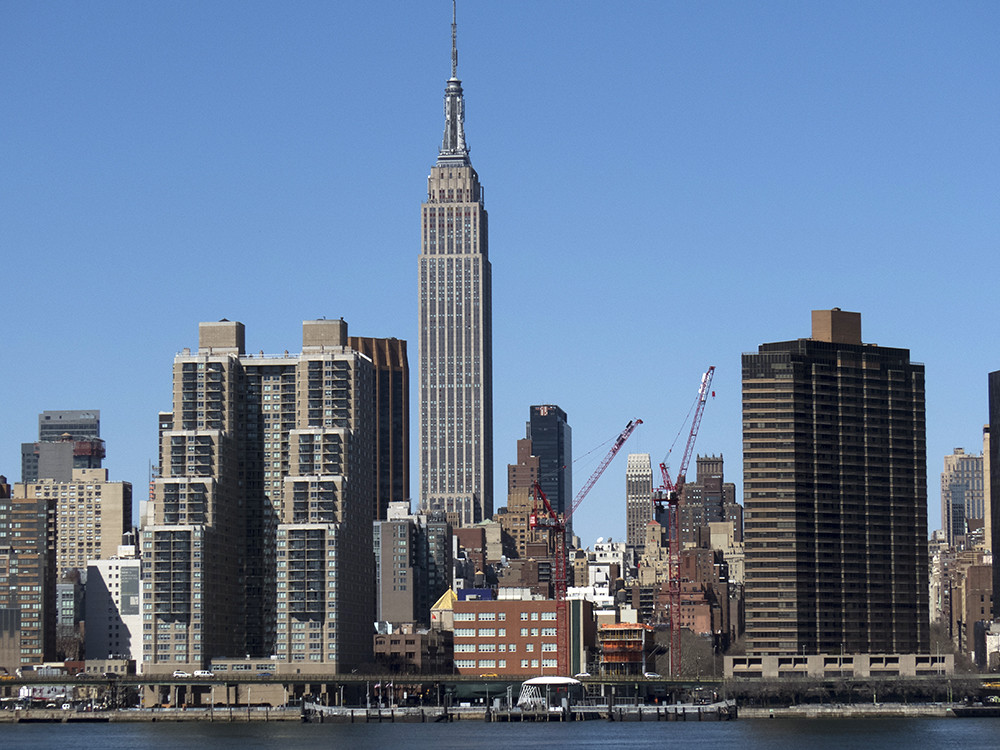 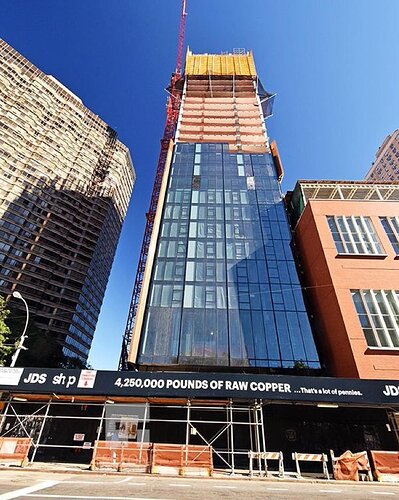 Chris, thanks for the updates. Per the article at the top,it says it it to be completed early 2016. From the pictures it looks like only one tower has gone vertical.

Are they phasing construction so that the bridge and taller tower are a phase two operation?

Both of them are being built at the same time. Its probally the pic that gives the misconception. Here’s a better one. 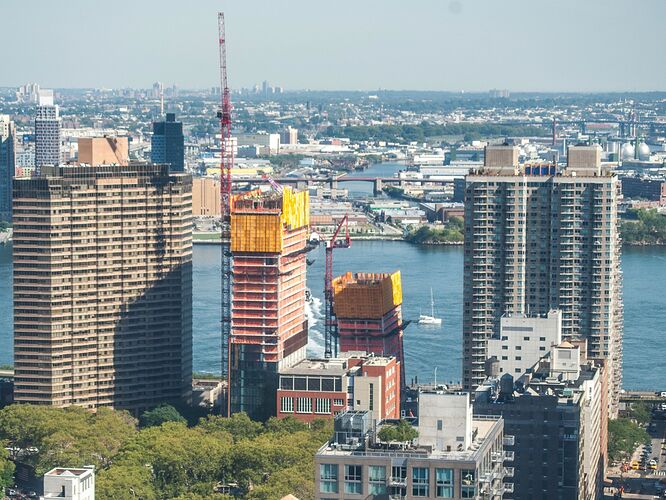 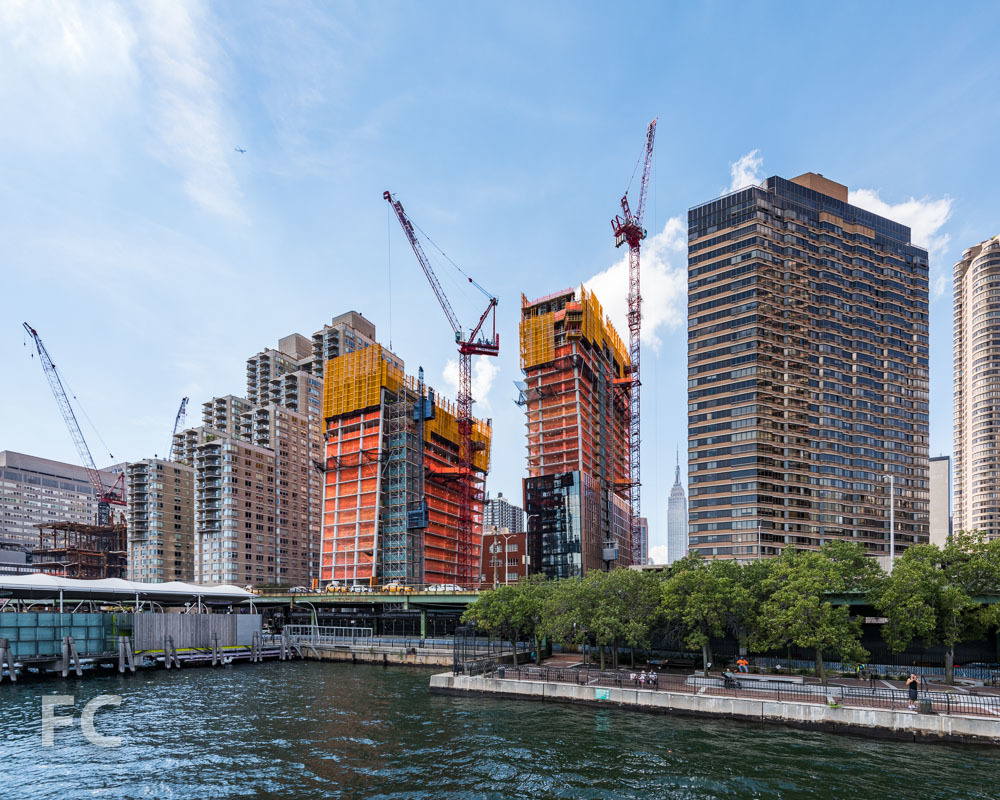 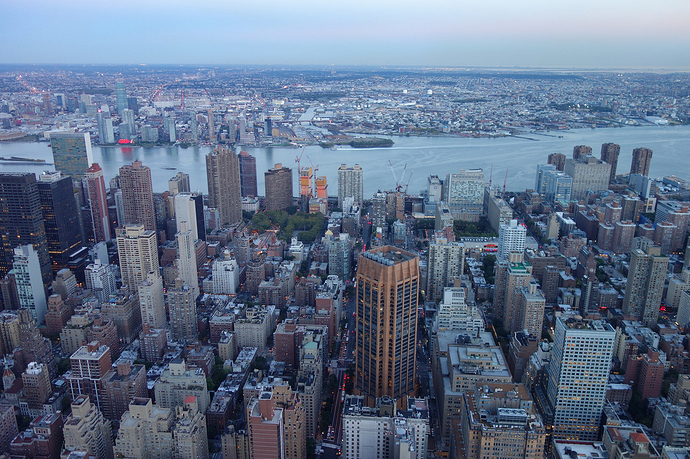 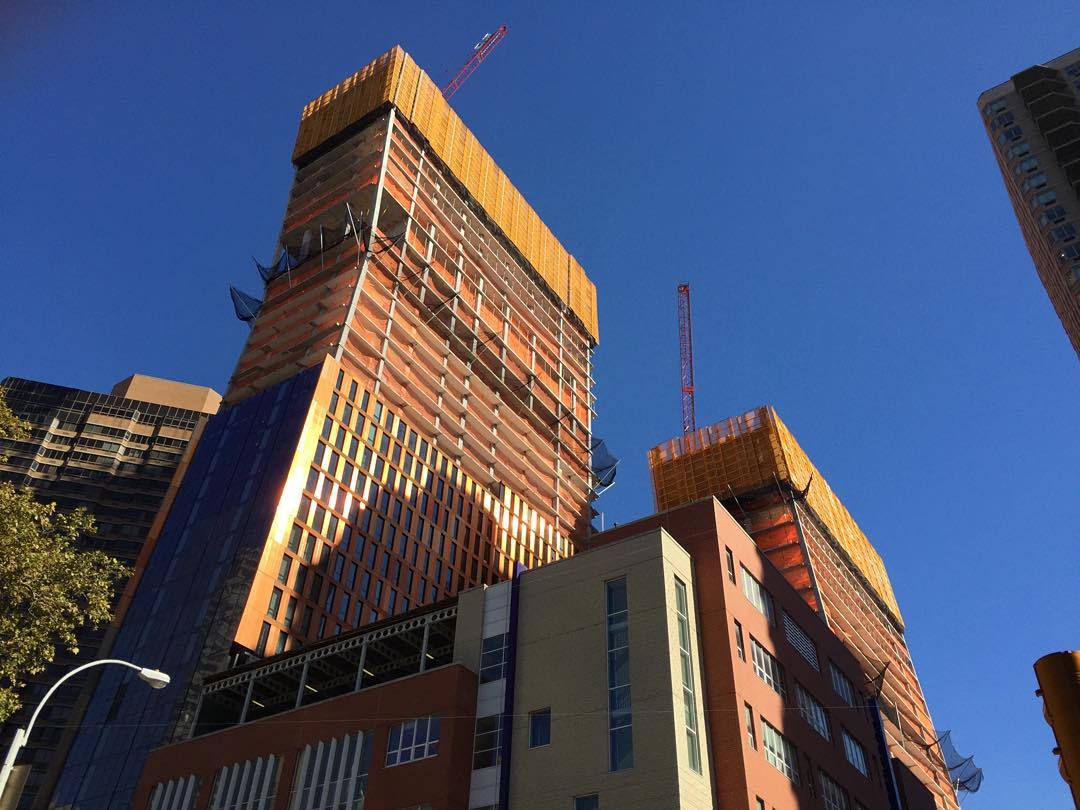 Nice, you can notice the bend on the tower.

What cross streets are these between?

From the East Village on Christmas Eve 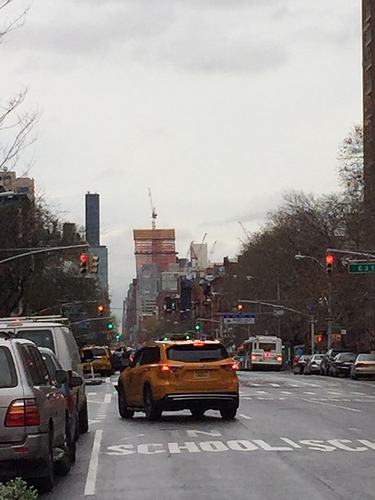