„ Atlas Hospitality is diving into the pool of uncertainty that is New York City’s hotel industry, planning a 401-key establishment in the heart of Midtown.

The hospitality firm filed plans with the Department of Buildings for a hotel at 711 Seventh Avenue. The approximately 140,000-square-foot hotel will be 32 stories and 343 feet tall, Crain’s reported.

Prolific hotel architect Gene Kaufman is the designer of the building, which has no brand yet. The goal for Atlas is to break ground on the project by early next year and to complete construction in early 2025.“ 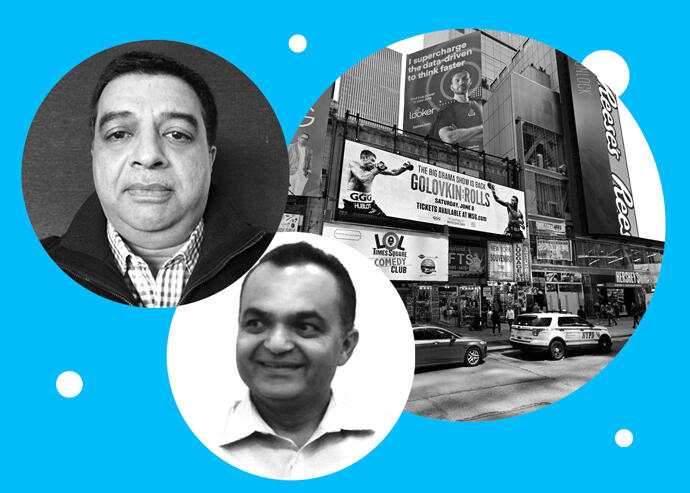 The hotel is expected to be 32 stories and 343 feet tall and have 401 rooms in the heart of Midtown. 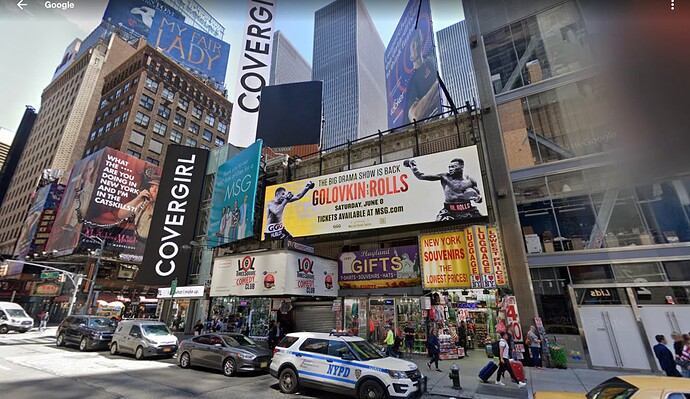 Hopefully most of the facade will be hidden by more led billboards!

If this the design it’s not bad👀

I can’t wait for this junk to come down. 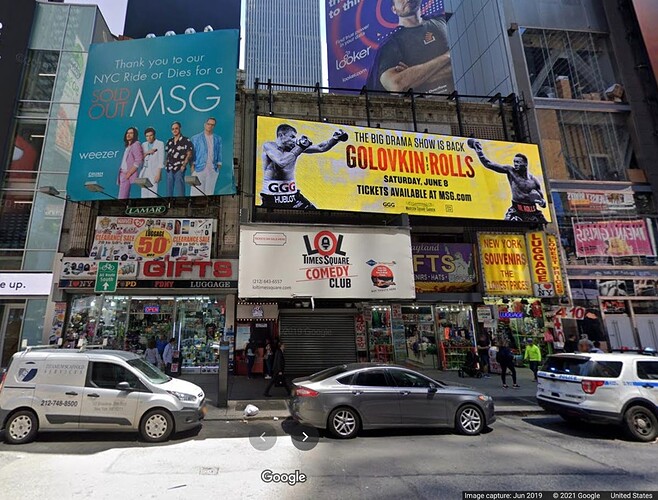 Small Times Square Building To Be Torn Down For Hotel, Plans Show

The 96-year-old building once housed a dance hall that was shut down for hosting "obscene" events in the 1960s. A 32-story hotel is planned. 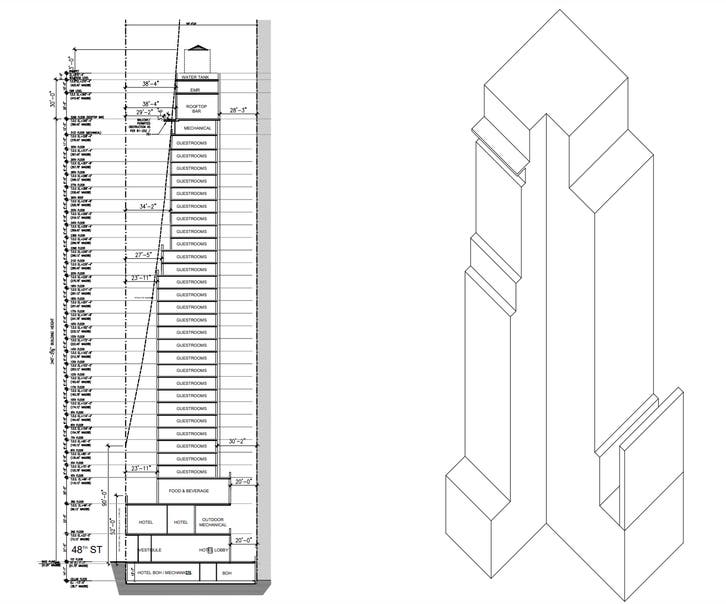 I wonder if the developer is mired in Landlord-Tenant court with that junky souvenir shop.

Times Square Hotel Developer to Neighbors: Let Us In!

Mcart: can you work your magic here…. 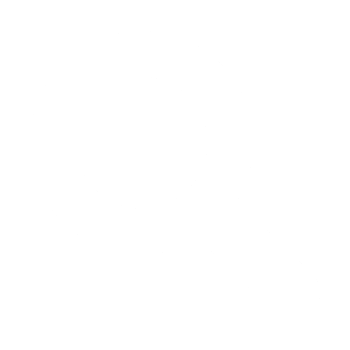 Share on FacebookShare on TwitterShare on LinkedinShare via EmailShare via Shortlink 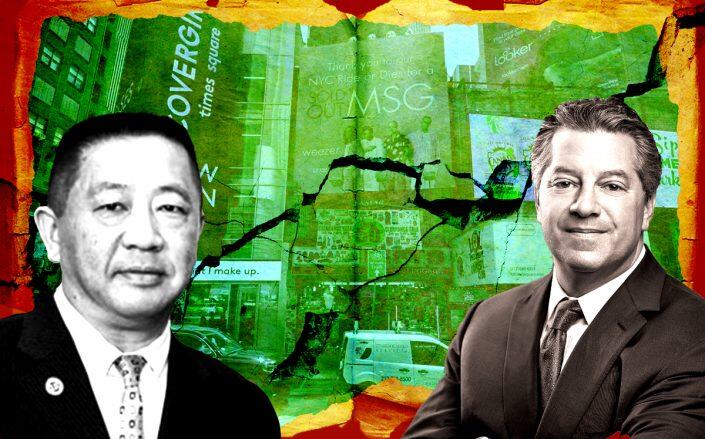 A hotel developer filed a lawsuit against some of New York City’s largest landlords over the year-long construction delay for a project in Times Square.

The developer already obtained permits to install safeguards, including window and roof barriers, at its construction site. Before demolition on the site’s two structures can begin, however, Flintlock says it needs six months of access to the neighboring buildings.

The developer claims it has been “extraordinarily reasonable” in attempting to get the access over the past year, but the neighbors are causing “irreparable harm” to the $64 million project. None of the defendants responded to the publication’s request for comment.

Enter your email to subscribe to The Real Deal’s celebrity newsletter and unlock a special subscription offer.

The 32-story, 400-room property is set to be operated by the InterContinental Hotel Group under its Voco brand. Gene Kaufman is designing the property and Beach Point Capital Management is weighing financing construction, which is slated to begin next year.

Atlas Hospitality last year filed plans for a 140,000-square-foot hotel project at the same site, featuring details that largely match those on Flintlock’s website. Atlas’ involvement in the project is unclear, though there were no records immediately available indicating that Atlans had sold the development site.

Atlas did not immediately return The Real Deal’s request for comment.

Natixis’ appearance in the lawsuit comes after some recent troubles at 20 Times Square. The French bank and a group of overseas investors took over the property at 701 Seventh Avenue earlier this year through foreclosure after Mark Siffin’s Maefield Development and Fortress Investment Group defaulted on the leasehold debt.