I’ve always wondered when this crappy site would be redeveloped!

It’s across the street from the site owned by the Turkish developer.

A roundup of real-estate news in the Greater New York area.

The Marmara hotel site across the street remains empty, This stretch of Lex needs work!

The 15-story building will provide housing and support for elderly New Yorkers.

Senior housing?? These seniors would probably have a net worth of $5m + or something. Lol

I was hoping for something considerable height wise, but glad that POS going and will be replaced.

I wonder if they got the little brown PoS to the north. It was for sale too.

They did get both of the pieces of shi…

Hines, Welltower shell out $115M for East Side development site Money can’t buy you eternal youth and health, sadly, but enough of it can keep you in the heart of the city even as those things fade. Toledo, Ohio-b

is planning to charge a stratospheric $20,000 per month or more for rooms at its planned 15-story center at 56th Street and Lexington Avenue in Midtown, the company’s CEO Thomas DeRosa told Bloomberg.

The company – along with its partner, Houston-based developer Hines – is planning to target New York’s wealthiest aged and infirmed residents.

“You take someone who’s lived at 88th and Park their entire life and you, all of a sudden, say I’m moving you to New Canaan, Connecticut,” DeRosa told the news service. “Because that’s the closest assisted-living facility I can get you into — that is unacceptable. You will kill that person.”

The partners purchased the two-parcel property at 139 East 56th Street for $115 million last month. The sellers were Stephen Meringoff and Dennis Riese. The site is currently home to a T.G.I Friday’s restaurant, which is scheduled to be demolished next year. 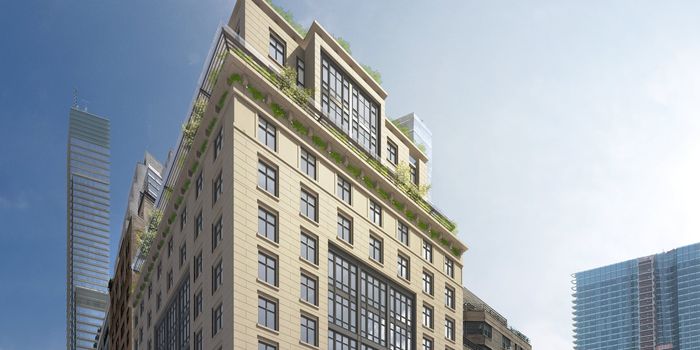 Real-estate investment trust Welltower Inc. and developer Hines are targeting an affluent sector of a growing urban aging population with plans to build a senior-housing development in Manhattan.

Not bad! Not bad at all!

I wa expecting a taller building, but it’s a nice design and will fit perfectly.

They said early on that it would be only about 15 floors. I’d prefer old-style buildings like this along the avenues over taller glass boxes. I would have much preferred this over the PoS planned for 281 5th.

Yea, I totally agree with you. You can never go wrong with a classic design for a new development IMO.

Good news, That TGIF POS days in the human world is limited.

The 15-story building will have a retail component at the base.

I wonder when this will be demolished. The old TGI Friday’s building is still up.

Plans filed for the 'One57 of assisted living facilities' in Midtown

The conversion of an old TGI Friday’s into ultra-luxury senior housing is becoming a reality.