New renderings have been posted for Lexin Capital’s 101 West 28th Street, which has undergone a re-design helmed by Nobutaka Ashihara. The 28-story tower is located on the corner of 28th Street and Sixth Avenue, and has been sitting fallow since the recession.

Along with the new images of the project, equipment has also appeared on-site, and workers confirmed that construction is now a go. The development will stand 296 feet tall and be a mix of hotel and residential, with a total of 152 units.

Ashihara’s designs are far from prolific, but the firm has been gaining prominence in New York, designing several projects in recent years. The towers span the aesthetic spectrum, with 1717 Broadway at the top-end and 6 Platt Street at the bottom. 101 West 28th Street looks like it may end up closer to 6 Platt Street, and the two projects will share similar facades – though 6 Platt is buried in the depths of the Financial District, while 101 West 28th is in a semi-prominent location.

Completion of the project is expected in the summer of 2015. 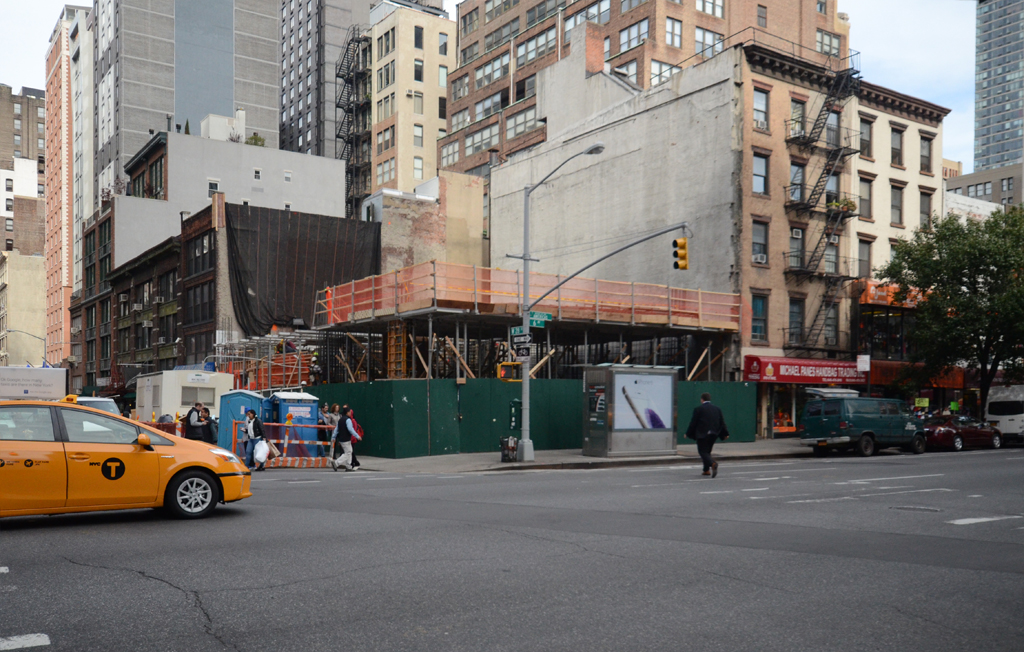 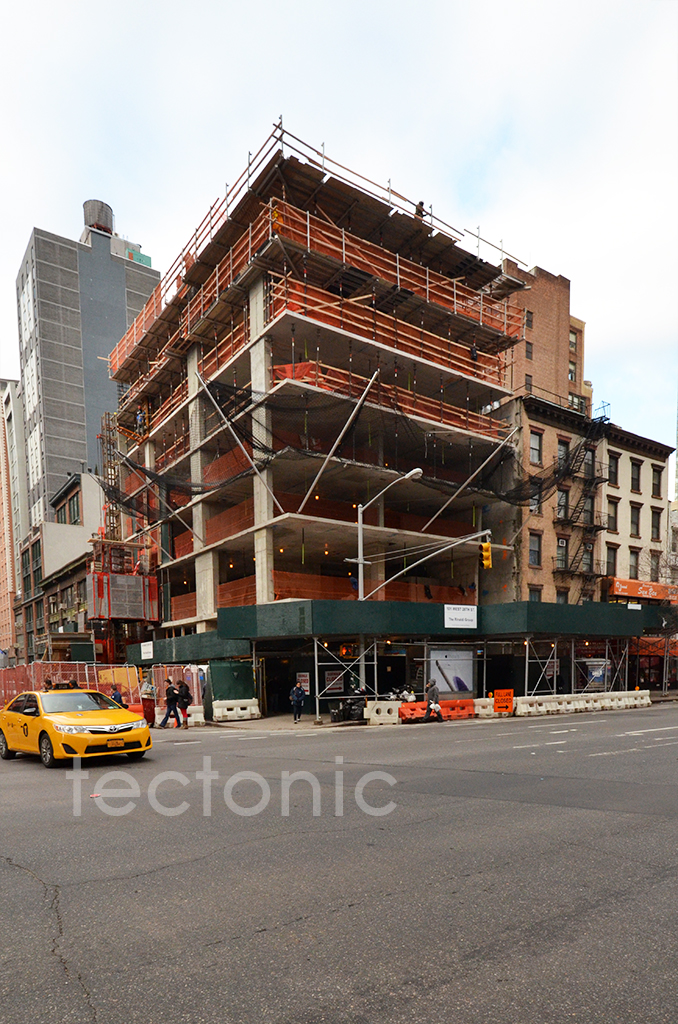 Views from the top floor:

Almost finished i guess. Doesnt look as good as the render above. Meh.

Does anyone know what this project is?? It’s like a block away, it seems as if demolishing is occurring, but I’m not sure. Trio of Soaring Hotels on the Rise in Chelsea

Two new hotels are on the rise in Chelsea and another, named Hyatt House, is set to open in April. Of the new two hotels, one will be part of