Excavation has finally begun at 610 Lexington Avenue, which was stalled by the 2008 recession; permits for construction were approved on December 30th of last year, and indicate the tower will stand 711 feet tall. The architect of record is SLCE, and per Curbed, RFR Realty is developing the site.

YIMBY had speculated that 610 Lexington Avenue could be in for a size increase — given the proposed conditions surrounding the Midtown East re-zoning — but it appears that the tower will move forward with plans that were re-conceived last year. The building will have a mix of residential and commercial space, and while Shangri-La was involved with the tower’s initial conception, it appears the hotel component has been shelved.

Of the skyscraper’s 273,598 square feet, the bulk will be dedicated to residences, while only 23,267 square feet will be for commercial use. It will have 91 units in total.

The Schedule A confines the commercial component to the tower’s base; a restaurant will sit on the second floor, as well as a separate dining and ‘wine testing’ establishment, while the third story will have offices. Residences will span the remainder, with a maximum count of two per floor — indicating ambitions for ‘super-luxury’ status. Levels 47 through 59 will feature full-floor units.

Per on-site signage, completion of 610 Lexington Avenue is expected in the winter of 2017.

I wonder if Snagri-La will occupy the hotel.

They withdrew from the tower a couple of years back. Due to the whole recession and economics situation. This tower will have new tenants.

I always thought this was an office project not residential! But good to see this slowly rising towards ground level 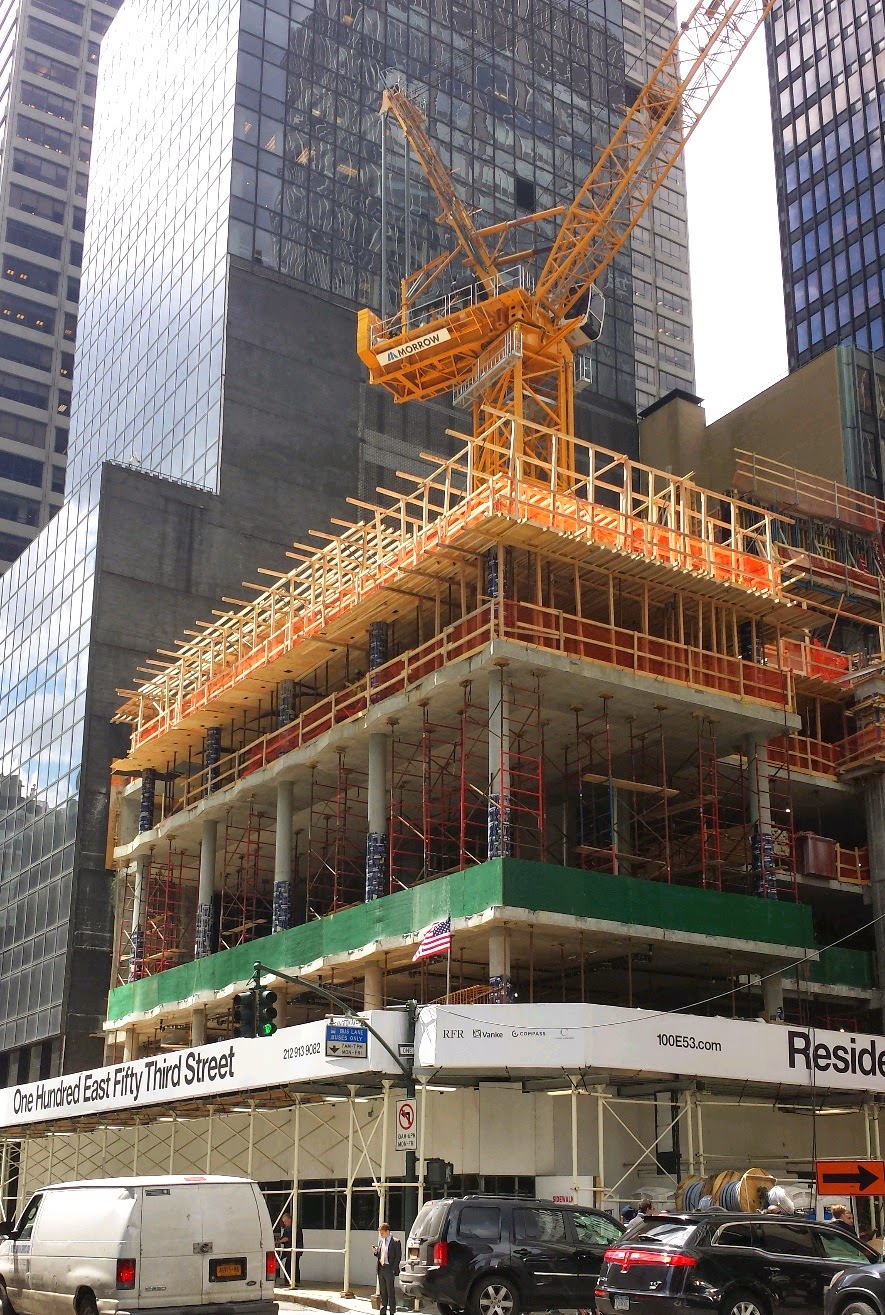 This thing is actually pretty slick looking for its size. I would take this building in any city, but it very much fits nyc.

I agree. The east facade on Lex should be pretty nice.

The glass is beautiful, and the Faceting is dramatic.

This glass is amazing !