Buried in today’s story about Tadao Ando’s project at 152 Elizabeth Street, the Times reports another bit of starchitect news: Ando’s fellow Pritzker Prize winner Álvaro Siza is designing a 400-foot-tall residential tower at the corner of West 56th Street and Eleventh Avenue. The building will be the Portuguese architect’s first ever project in the United States. Grocery store mogul and perpetual political candidate John Catsimatidis made a deal to sell the site to the development firm Sumaida and Khurana (same people behind 152 Elizabeth Street) earlier this year. The property currently holds the Gristedes headquarters and a Lexus dealership. 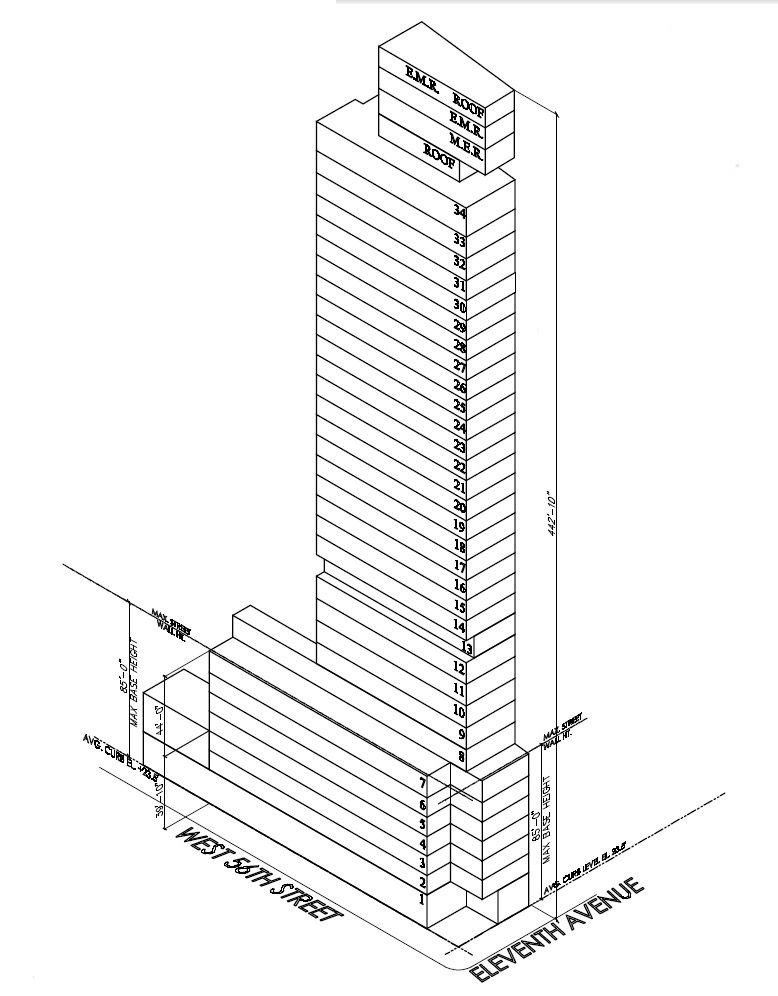 Here is the site as of yesterday. The pink building on the corner. It appears to be abandoned, and there is a wall up around part of the base. Not sure when they will demo. 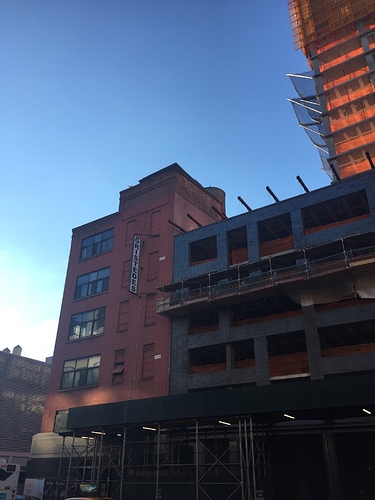 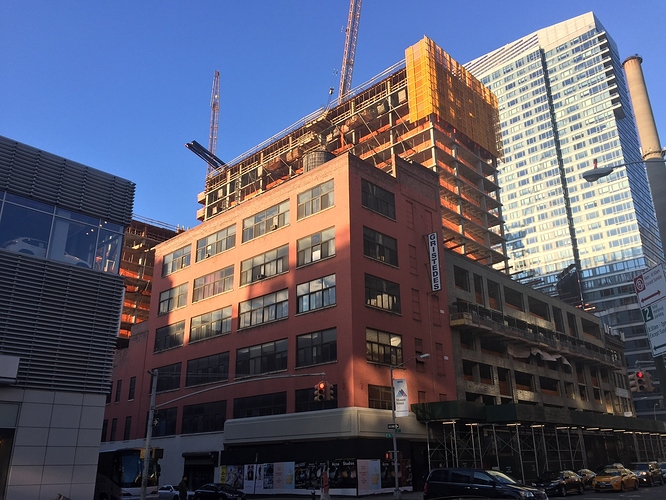 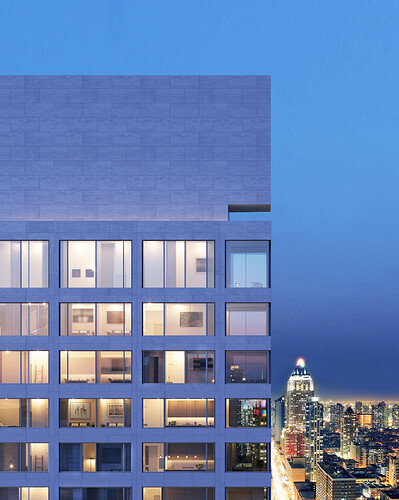 The new scheme, which is commissioned by Sumaida + Khurana together with New York based real estate firm LENY, is not only a new luxurious addition to Manhattan’s fascinating and ever-evolving skyline; it is also Siza’s very first completed building in the United States. This landmark addition to the leading Porto-based architect’s portfolio will soon join his well-known international works - which span from China and South Korea, to Spain, Brazil and the Netherlands.

**The building, located in the Hell’s Kitchen neighborhood, will cover 172,000 sq ft, across 34 stories. Offering a total of 80 high-end residences, from one bedrooms through to large penthouses, 611 West 56th Street will also include luxurious outside space, in the form of a landscaped roof garden, a sun deck, as well as several private terraces for the residents. **

‘A private swimming pool, state of the art spa and fitness centre, children’s playroom, screening room and a gracious entertaining space to host private events’, will complete the scheme, explain the developers, whose commitment to great design has inspired them to seek collaborations with some of the world’s biggest names in contemporary architecture.

‘Álvaro Siza is the one of the world’s most celebrated architects. We are honored to be working with Siza on his first building in the United States and believe that this project will capture the elegance and profound subtlety that is at the heart of his work. His sensitivity and collaborative mentality is teaching us as much about humanity as architecture,’ says Amit Khurana, Founding Partner of Sumaida + Khurana. ‘The tower is expressed through a vertical grid of elegant proportions and depth that rises gracefully amongst neighboring glass towers.’ 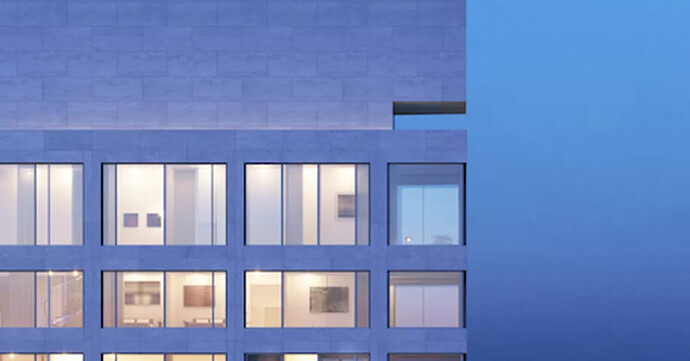 The 35-story building will bring 80 condos to Hell’s Kitchen. 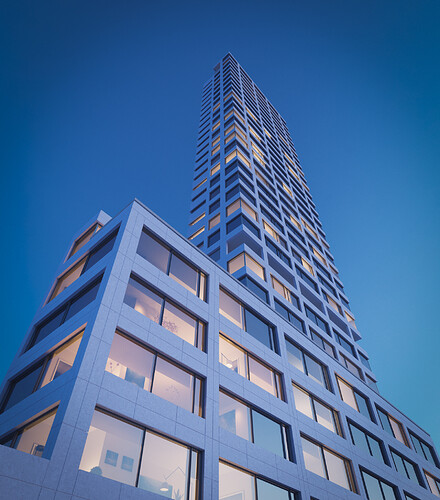 I walked past a couple weeks ago 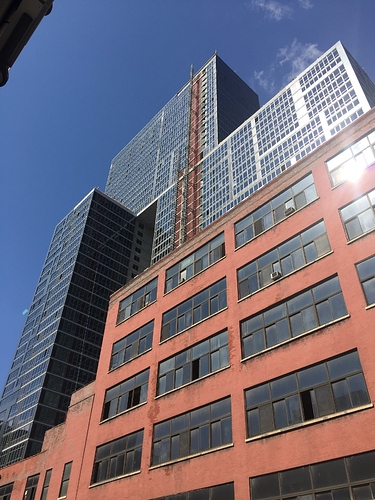 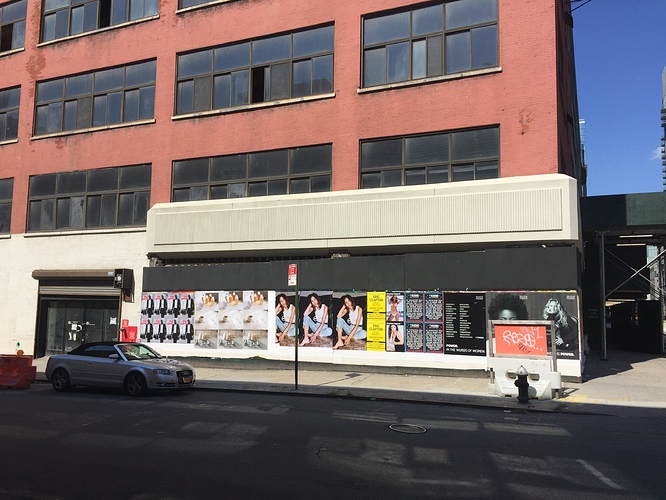 I forgot about this! He’s an amazing architect and skyscrapers aren’t exactly his type of work, which makes this building even more unique. I think the simplicity and symmetry will be great, similar to sentiments about 432 Park but obviously not as tall.

I just drove past today (sorry no pics), but the scaffolding is up and demo has started. 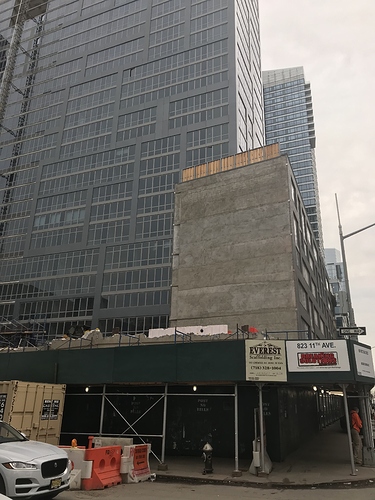 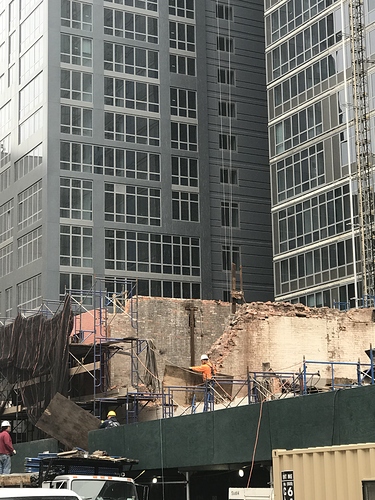 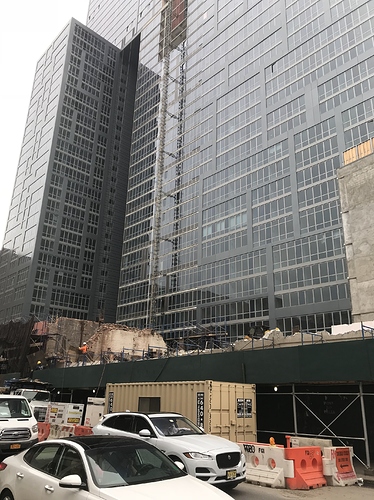 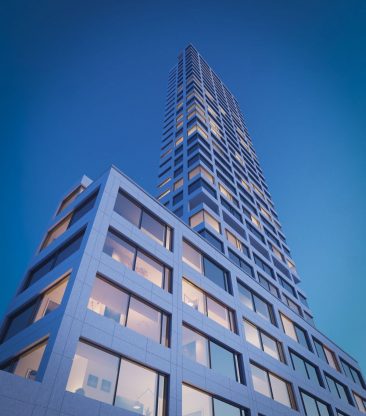 Sumaida + Khurana and LENY have scored a $155 million construction loan for a Hell’s Kitchen condominium tower that will be the first New York project designed by Pritzker Prize-winning architect Álvaro Siza.

“You are just waiting for that moment when all the pieces come together,” said Amit Khurana, a co-founder of Sumaida + Khurana. “And it really has.”

The 35-story tower, at 56th Street and Eleventh Avenue, will hold 83 units and spans 160,000 square feet. Amenities include a roof garden and sun deck, as well as private terraces for some of the residents. 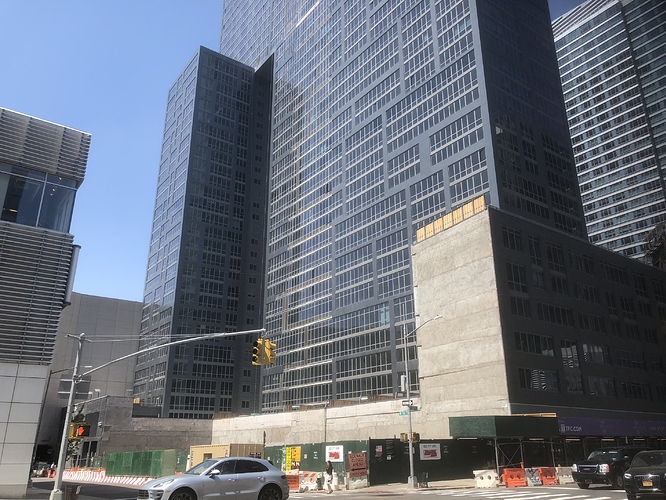 Another day, another tower u/c. 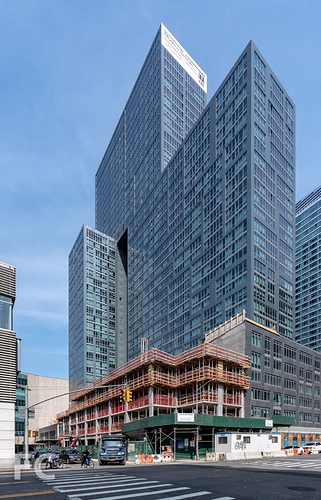 Teaser site is out. 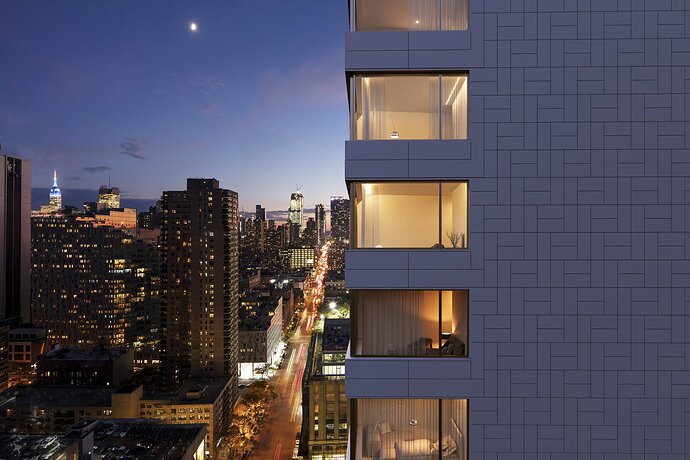 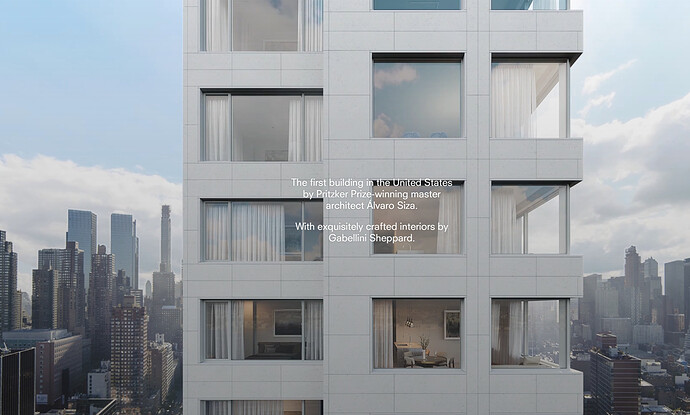 This design is brilliant ; in my personal top 10 of best NYC architectural designs. This building design has been dismissed by many in the comments columns of the various online forums for Architecture/Real Estate Development: and I surprised to see the extent of the condemnation. I am sure the famous painter Mondrian had gotten the same sort of criticism for his seemingly boring and talentless ‘boxes’ - but time and greater knowledge and understanding in the general public has changed those opinions greatly. I suspect, that general disapproval will be the case with public opinion of this work-of-art as well: but time will tell, and we will all eventually see light. 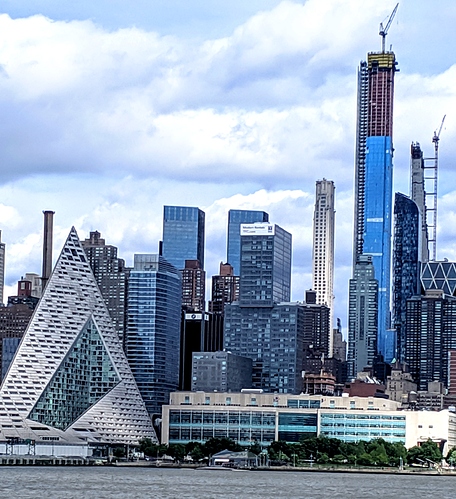 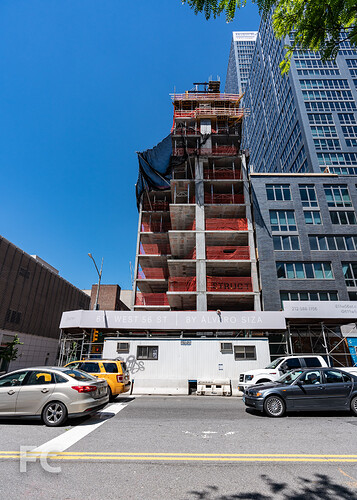