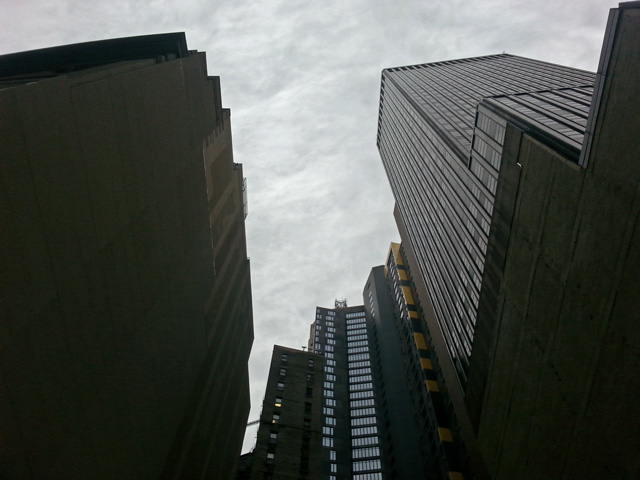 Plans for The Nobu Hotel at 45 Broad Street are dead, and the site is up for market by Cushman & Wakefield, per Real Estate Weekly. The plot offers over 260,000 square feet of development rights, and if the occupant is super-luxury residential, the final product could be quite tall. 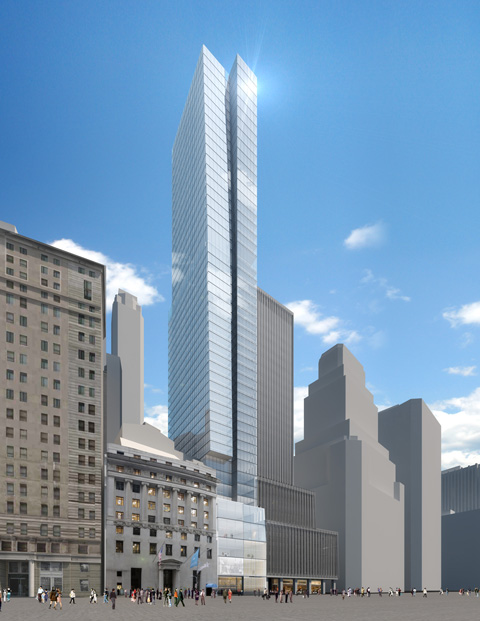 The sale is accompanied by a rendering of what the site could become, obviously lacking in any significant detail, but displaying an idea of the potential massing. The Nobu Hotel was significantly skinnier and taller; something similar is likely for the plot’s eventual occupant.

Residential buildings in the Financial District have seen a dramatic increase in their average planned heights, and the recent trend will likely extend to 45 Broad Street. Given the Nobu Hotel was planned to rise 62 stories and 709 feet, the tower could easily eclipse the 700′ mark; there has been a shift towards fewer units per floor in recent years, and lofty ceilings have become standard for super-luxe developments. 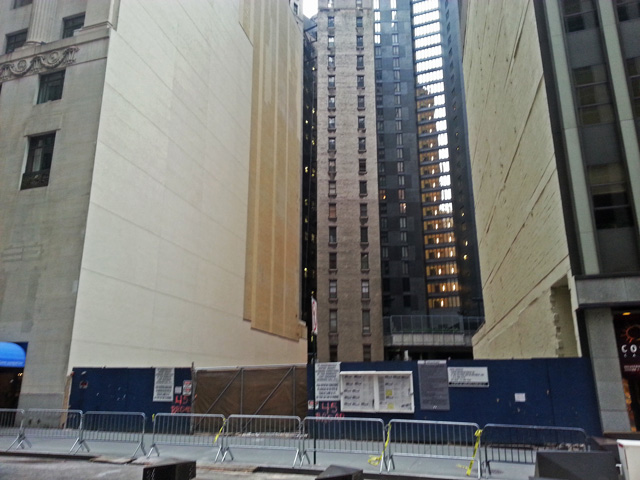 Those previously involved with the site included Swig Equities and Robert de Niro, but the proposal was killed by the 2008 crash.

Site bought by LCOR in 2012 for $14M; HFF now marketing the property

A Lower Manhattan development parcel once owned by Kent Swig will return to the market next year and could sell for as much as $110 million, insiders said. The potential price for the vacant parcel at 45 Broad Street between Beaver Street and Exchange Place, which has 264,200 square feet of development rights, shows the enormous rise in values in the current environment compared with the prior boom.

Sources pointed to active players in the Downtown market as potential bidders, including Rudin Mangement, which owns 55 Broad Street, a large site adjacent to 45 Broad. The two sites could potentially be combined to build a 650,000-square-foot tower

Robert Gladstone’s Madison Equities, in partnership with the Italy-based Pizzarotti Group, is planning a 65-story condo tower on a vacant site at 45 Broad Street in the Financial District. On Friday, the buyers closed on the purchase of the land for $86 million and secured a $75 million acquisition loan, sources familiar with the transaction told The Real Deal. The site, located between Beaver Street and Exchange Place, could hold a residential tower spanning 290,000 square feet. Mack Real Estate Credit Strategies and others provided the loan, which was brokered by a JLL team led by Dustin Stolly and Jonathan Schwartz.

Midtown-based AMS Acquisitions is a minority investor in the project, while Pizzarotti is Madison’s development partner. Cetra/Ruddy is serving as the architect, and the building is slated for completion by 2019, a spokesperson for Madison said. It’s not yet clear what the project’s exact size and number of units will be. HFF’s Andrew Scandalos began marketing the site in November on behalf of then-owners, LCOR and the California pension fund CalSTRS. TRD reported that the site was in contract in August. AMS declined to comment, while Pizzarotti could not be reached. The parcel at 45 Broad was once slated for a hotel-condo project. Kent Swig’s Swig Equities bought the office building on the site in 2006 for $29 million, with plans to construct the Nobu Hotel and Residences. Following the downturn, lender Lehman Brothers Holdings took over the site and sold it to LCOR for $14 million in 2012. Madison, in partnership with Building & Land Technology (BLT) and Joseph Sitt’s Thor Equities, is behind the condo conversion at 212 Fifth Avenue in NoMad. 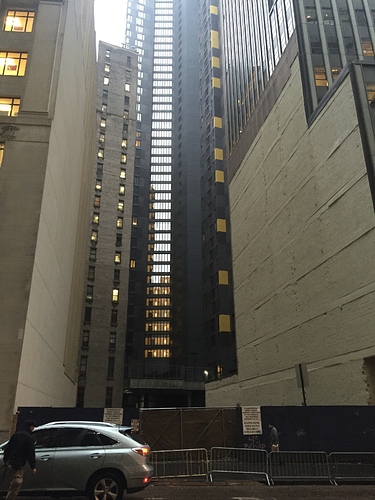 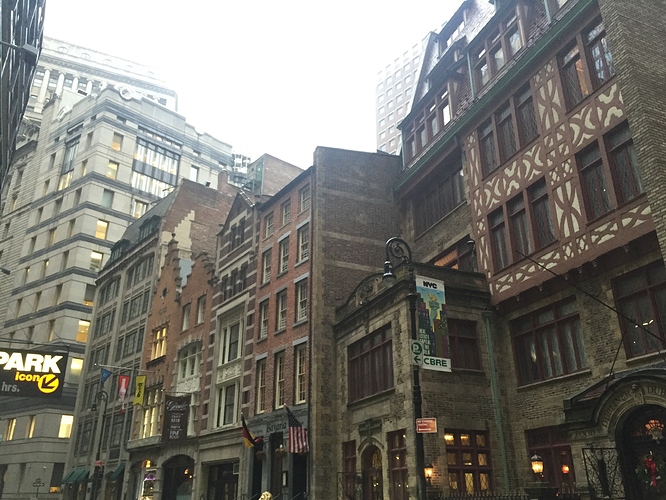 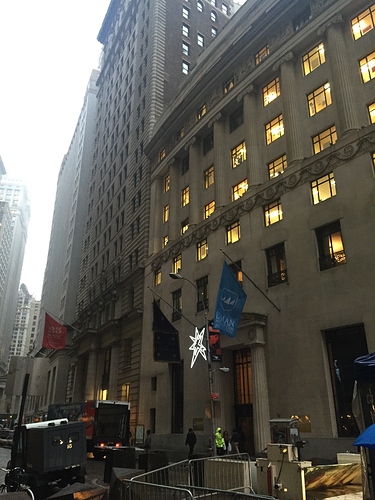 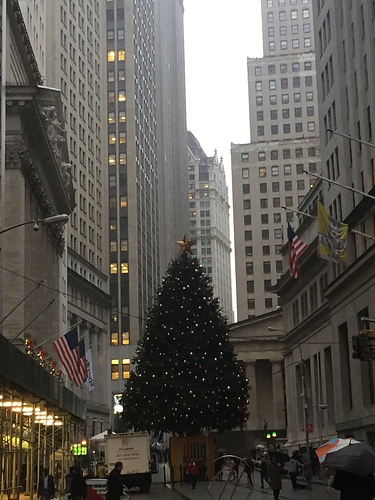 This will be in a nice spot though! 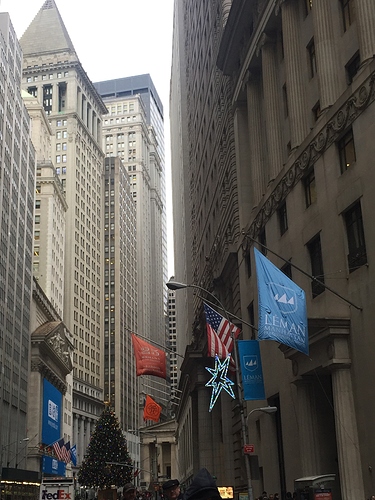 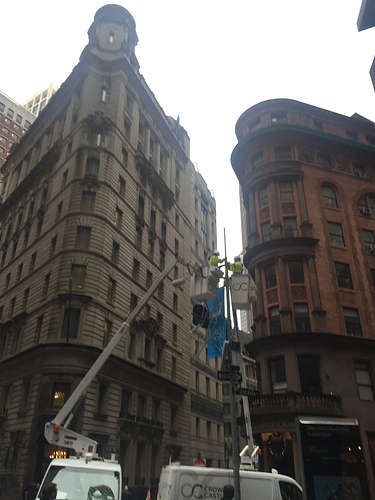 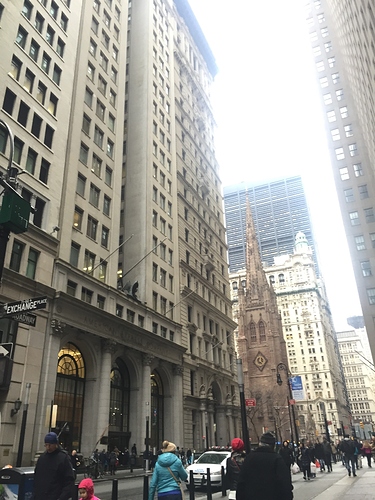 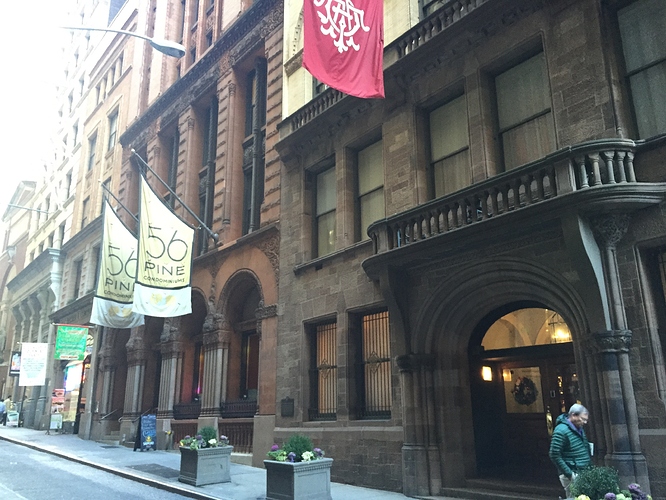 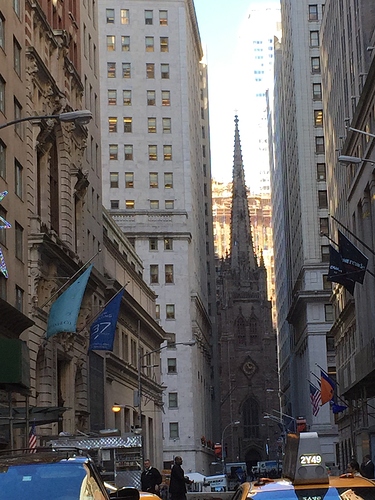 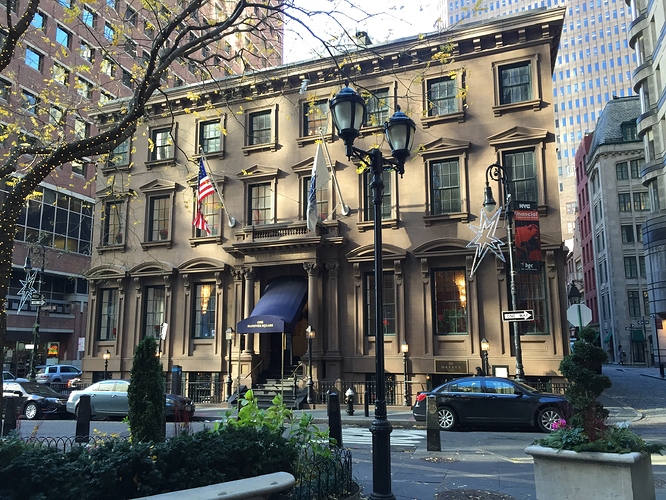 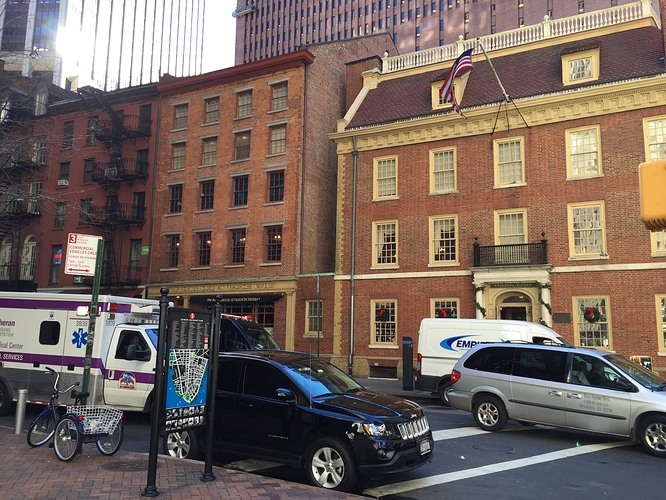 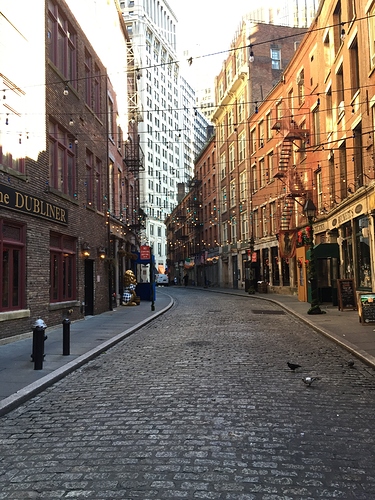 The first Citibank HQ from the 1840s. 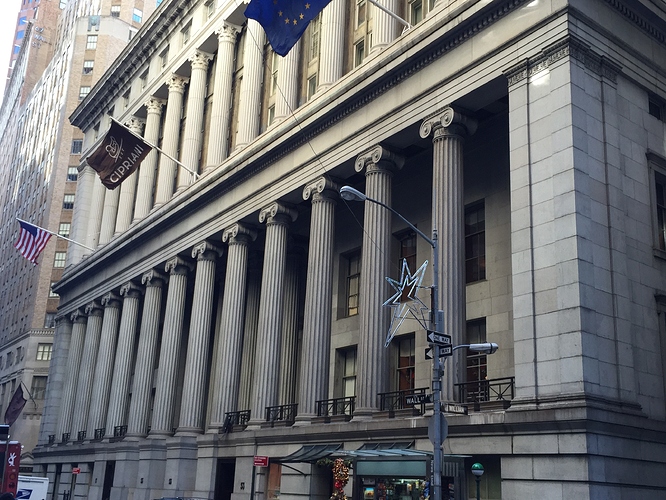 As per a reliable source, this Lame Tower is not the design! 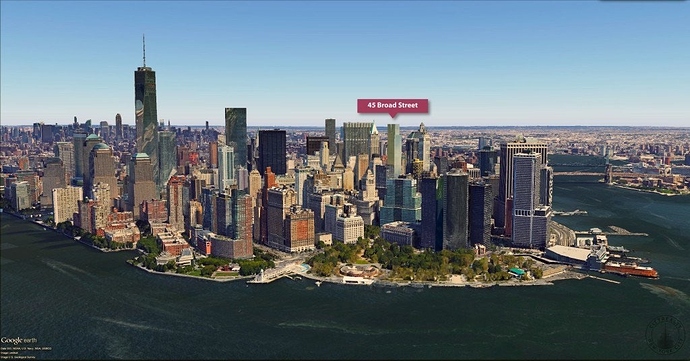 Very interesting! I don’t dislike the design, but it can obviously be better. Do like the height! Bring it on!

I feel like this should have a spire which would make it very much in the context of the surrounding area.

Fortunately, this is not the design.

The last time we checked in with the vacant lot at 45 Broad Street, it had been sold to Robert Gladstone’s Madison Equities and Italy-based Pizzarotti Group for a cool $86 million, with plans to develop a residential tower in place. 6sqft recently uncovered what appear to be preliminary renderings of the tower that will rise on the site, but Pizzarotti CEO Rance MacFarland recently confirmed more details about the building to Curbed—namely, that it will be a 1,100-foot-tall, 86-story tower, putting it among the ranks of New York City’s supertalls.

As previously reported, CetraRuddy (of One Madison and Walker Tower fame) is behind the building’s design, which is still being finalized. The firms expect to break ground on the project in late October or November of this year, with an anticipated completion date of 2018.

In terms of the building itself, it’s expected to have 245 residences that will cater to “entry- and mid-level buyers,” according to MacFarland. Amenities will include your standard luxury-building offerings: a swimming pool, a gym, and a lounge have been confirmed so far. In addition to the residential component, five floors will be devoted to commercial or retail ventures.

When completed, the building will tower over its neighbors at 40 Wall Street and One Wall Street, as you can see in the rough images found on Pizzarotti’s website. But it remains to be seen if it will rise higher than Michael Shvo’s 125 Greenwich Street, another downtown supertall. Another thing to keep in mind: MacFarland says that the developers are on track to file officially with the DOB by the summer, so there’s still a chance these plans could change.

I think where up to 21 super talls. This being in the pipeline, construction, and complete.

I’m glad its in that area too. Midtown has been getting all of the fun.

Wow!! Looking forward to the design.

So excited to see the new design!! Should be a pretty skinny building on such a narrow site!

This is the Age of Ramses, lads !

The Age of Ramses!

Wow this one snuck up on me. Looks like its well on its way though!

To much good news lately. Ramses would be proud. We must also pat tribute to one of the greats, Bloomberg, who set the stage for such a boom, and his legacy lives on.