On-site renderings have been posted for the SOM-designed 34 East 51st Street, which will stand 21 floors and 295 feet. The project’s developer is Sedesco, and the building will add nearly 60,000 square feet of office space to Midtown East.

Size limitations leave little room for creativity, as the lot is only 50 feet wide; given the small scope, the design is more than satisfactory. As the building tapers, part of the street-wall retreats, adding a sense of depth to the facade, and the contrast with the stark angles of neighboring boxy towers will be beneficial to the block’s aesthetics.

Since the last update from two weeks ago – when the only design documents available were drawings — the tower has progressed above ground level, and already stands two stories tall. A rapid pace of construction seems to be common amongst SOM’s projects, and the firm’s 250 West 55th Street — another office tower — was completed well ahead of schedule.

Whether construction is similarly quick at 34 East 51st Street remains to be seen, but the tentative completion date is January of 2015. 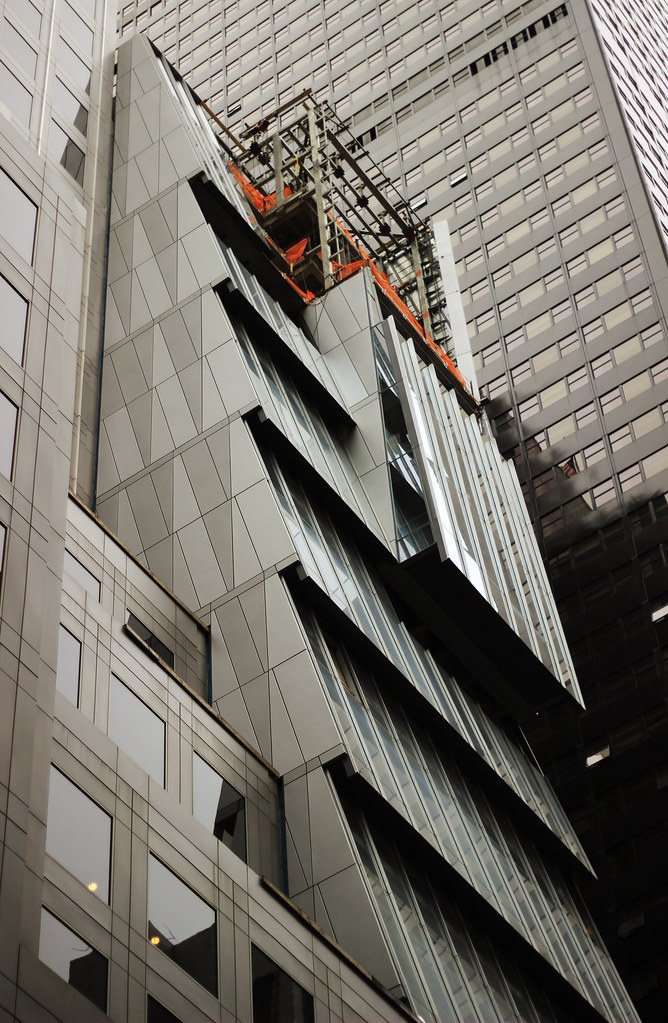 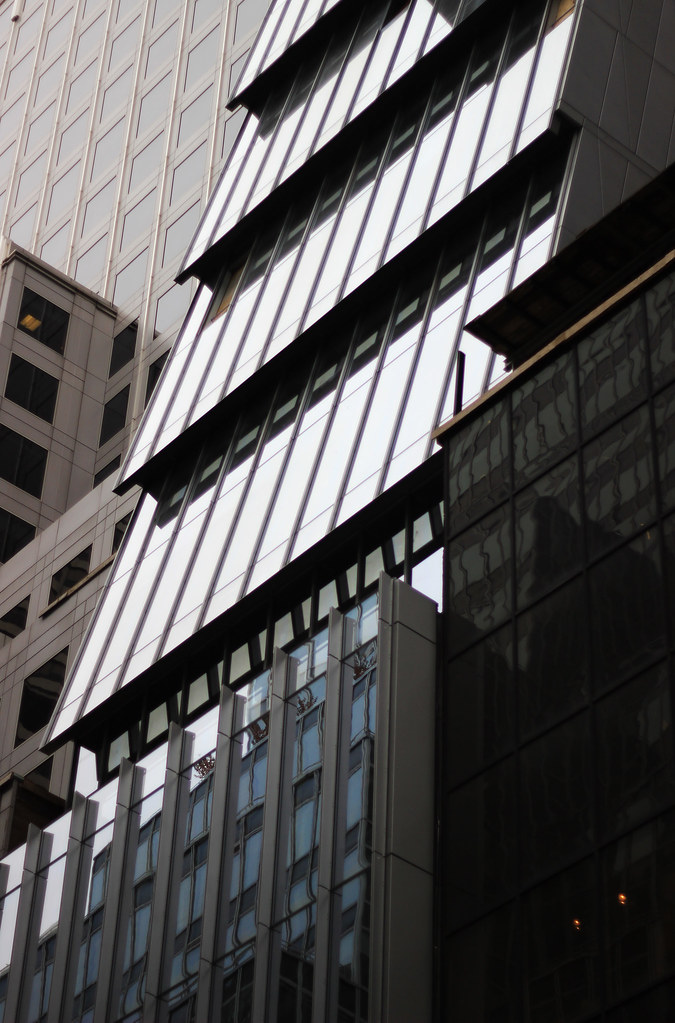 I haven’t walked by this in a while. It looks great.