The first renderings are up for a new residential tower at 501 East 74th Street, on the corner of York Avenue; the site’s developer is Benjamin Ohebshalom of Sky Management, and the architect of record is the Stephen B. Jacobs Group.

Permits reveal a total scope of 71,703 square feet, and the 205′ building will have 20 floors and 83 residences. The DOB filings were approved last week, and with fencing up, construction is just around the corner.

501 East 74th Street already has a live website, though it currently has no information. Still, the rendering gives a relatively comprehensive view of the building, which will fall into the ‘completely average and unremarkable’ category. Its form will enhance the street-wall, and while upper floors may have awkward massing, they will be invisible on the skyline.

Location-wise, 501 East 74th Street is in a somewhat inaccessible area, as York Avenue is several blocks removed from subway access. The transit situation will improve once the Second Avenue Subway opens, and the line’s 72nd Street stop will be a short walk away. Despite the lackluster design, the building will contribute to the neighborhood’s continued evolution, and the additional housing will be beneficial.

No completion date has been announced, but with permits now approved, verticality would appear imminent. 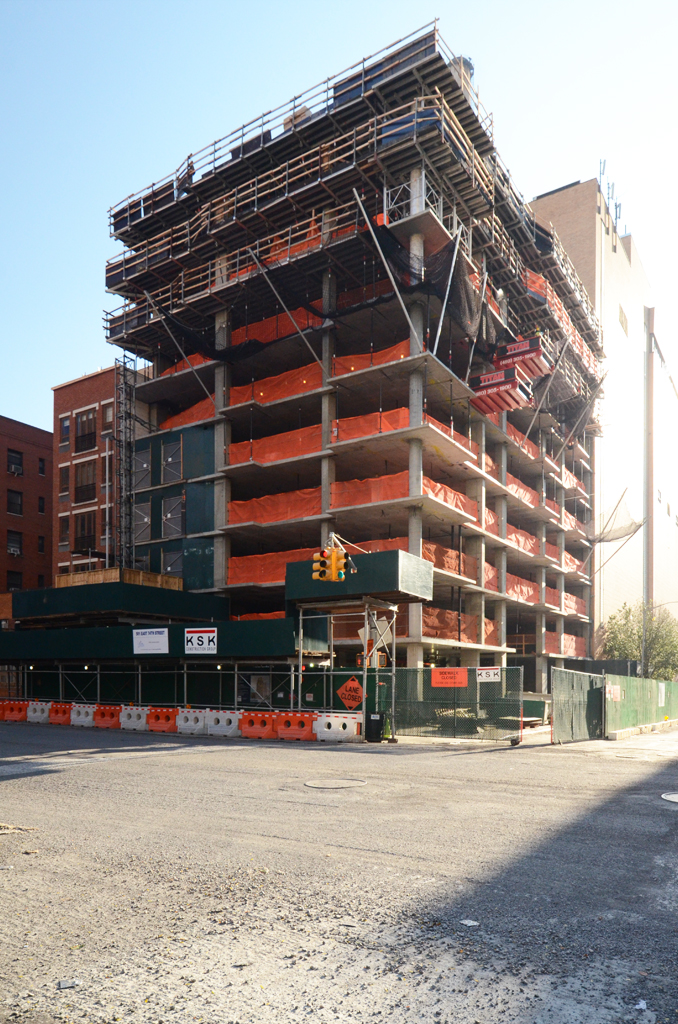