Fishman Holdings is developing a new 29-story tower at 303 East 50th Street, and excavation is well underway. Designed by COOKFOX, the high-rise will be a decidedly modern addition to the neighborhood.

Per construction permits, the building will contain 57 residences, and rise a total of 342 feet – a sign the developer hopes to attain ‘luxury’ prospects, as the floor-to-ceiling heights will be respectable, likely measuring over ten feet. Residences will also be large, with typical units averaging just under 2,000 square feet. The neighborhood is home to several new developments, but COOKFOX’s pedigree should give 303 East 50th Street an edge, as the firm has a portfolio of exceptional work, especially among their new projects in Manhattan.

The lone rendering of the building depicts a four-story podium, out of which the main tower rises; details are fuzzy, but the facade looks to be masonry, and a contemporary take on the white-brick craze that dominated Midtown East and the Upper East Side in the post-war period. While the bulk of those buildings have aged quite badly, 303 East 50th Street will – thankfully - not be brick, and should avoid the pitfalls of past new construction in the neighborhood.

Signage on-site indicates the development will be completed in 2015, though the building lacks any website or real public information at the moment. Ultimately, 301 East 50th Street should make for a more-than-adequate addition to the neighborhood.

301 East 50th Street is making major headway, and the COOKFOX-designed tower — located directly on Second Avenue — is already one-third of the way up; CBSK Ironstate is developing.

The Real Deal recently revealed the building and its interiors, and 301 East 50th Street will have 57 units starting at $1.7 million. The structure was designed with eco-friendliness in mind, and per TRD, “Green features include laminated glazing on the glass and high albedo pavers for efficient cooling.”

Permits indicate the building’s total scope will measure approximately 120,000 square feet, including a small retail component spanning 6,200 square feet. 301 East 50th Street will stand 29 stories and 342 feet to its roof; ceiling heights and floor plans will both be generous.

In terms of appearance, COOKFOX’ work will be significantly more attractive than surrounding structures that already exist, and 301 East 50th will be clad in Indiana Limestone. When considering construction at The Halcyon – just a block to the north — it would seem the neighborhood is seeing rapid improvements.

Besides vertical progress, the development’s website has also been updated, and a set of views from the tower’s penthouse levels are now available. The surrounds are a mix of low, mid, and high-rise structures, but the upper floors of 301 East 50th Street will be high enough to have comprehensive views over the Midtown skyline; the pictures are slightly outdated, and 432 Park Avenue already dominates the northern perspective.

The buildings to the north and south are dumps. 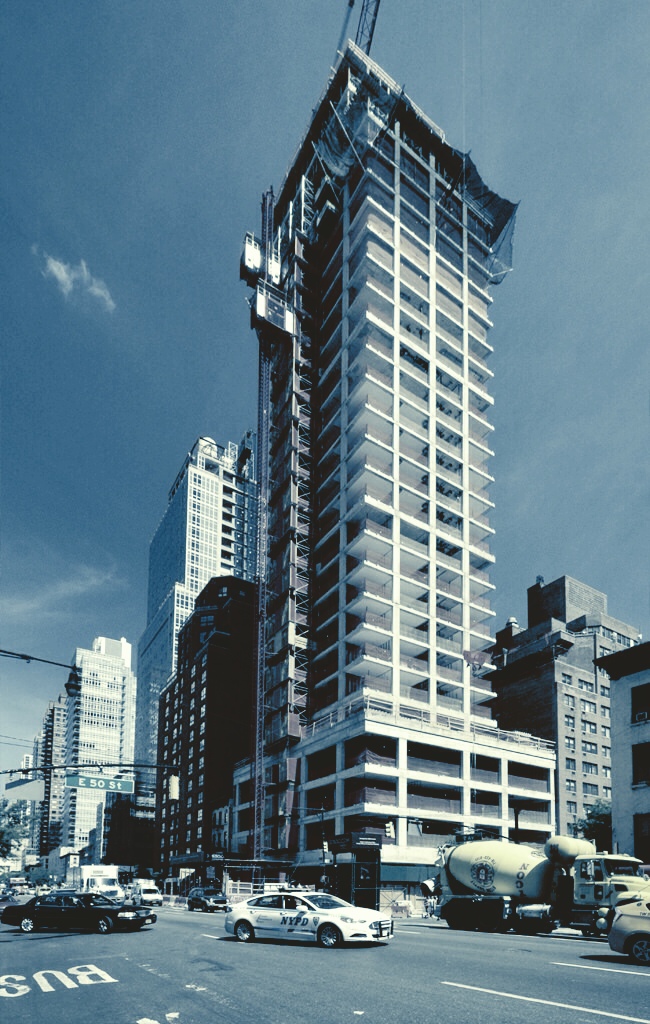 The COOKFOX-designed tower at 301 East 50th Street topped out today, just over two years after permits were filed for the 29-story building. 301 East 50th Street will join the growing arsenal of pricey residential towers with a limestone facade when it’s installed in the next few weeks. Word of the building’s rise to its superlative height comes from the site’s marketing team, who also sends news that the 57-apartment building is now over 30-percent sold following its May launch. Current listings in the Turtle Bay tower range from the $1.825 million 1BR/1.5BA 7B to the $4.9 million 3BR/3.5BA 23A. The building’s priciest pad, the $10.5 million 3,729-square-foot PH A, has already sold, but its last remaining penthouse, PHB, will come to market for around $10 million. 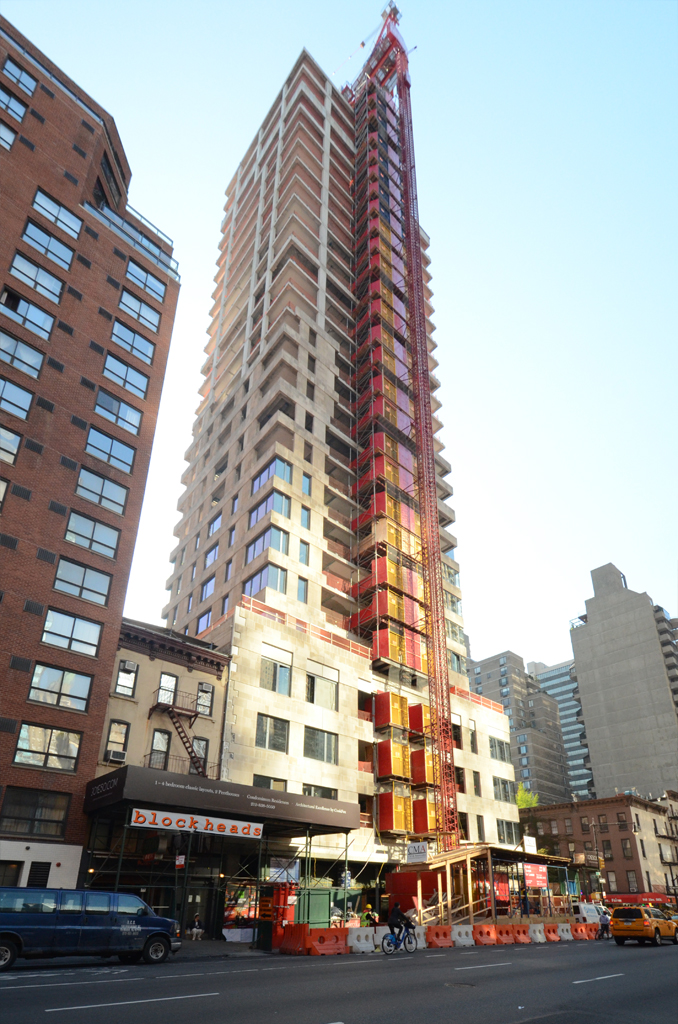 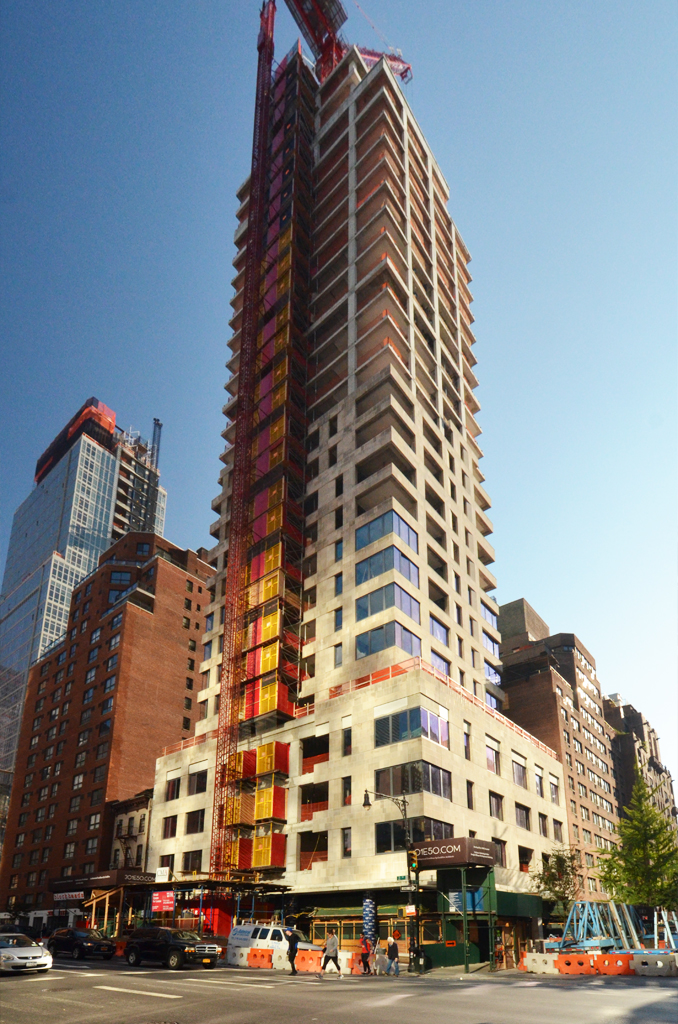 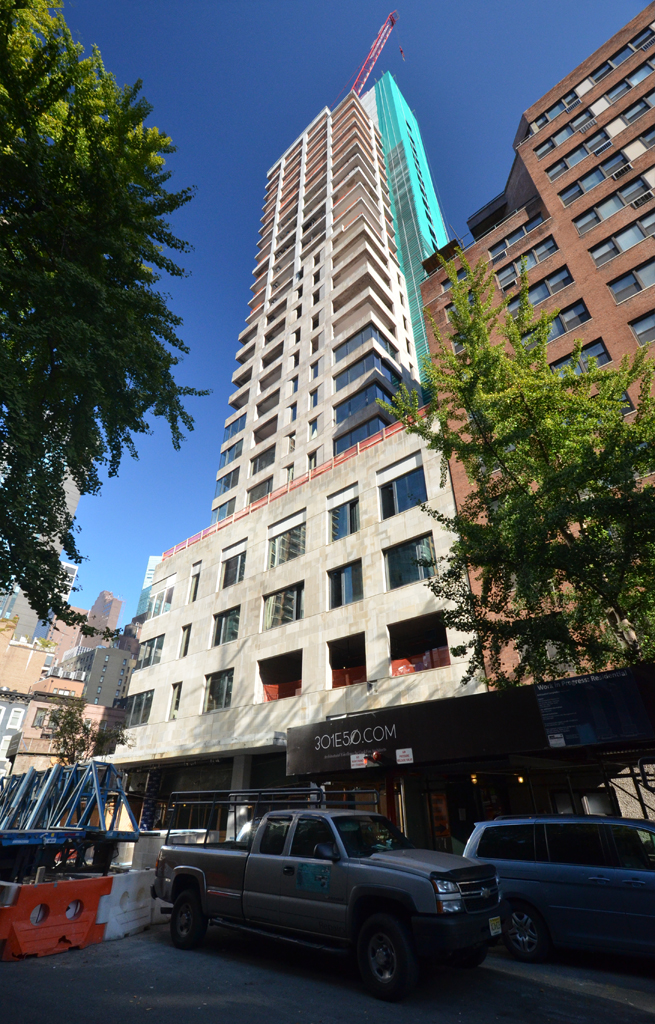 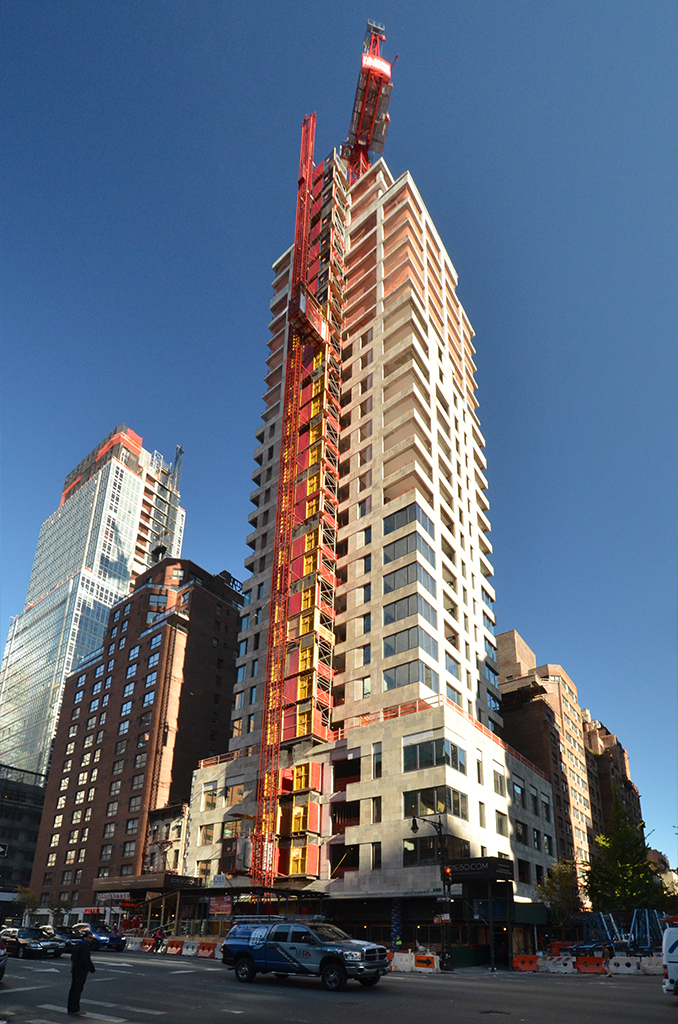 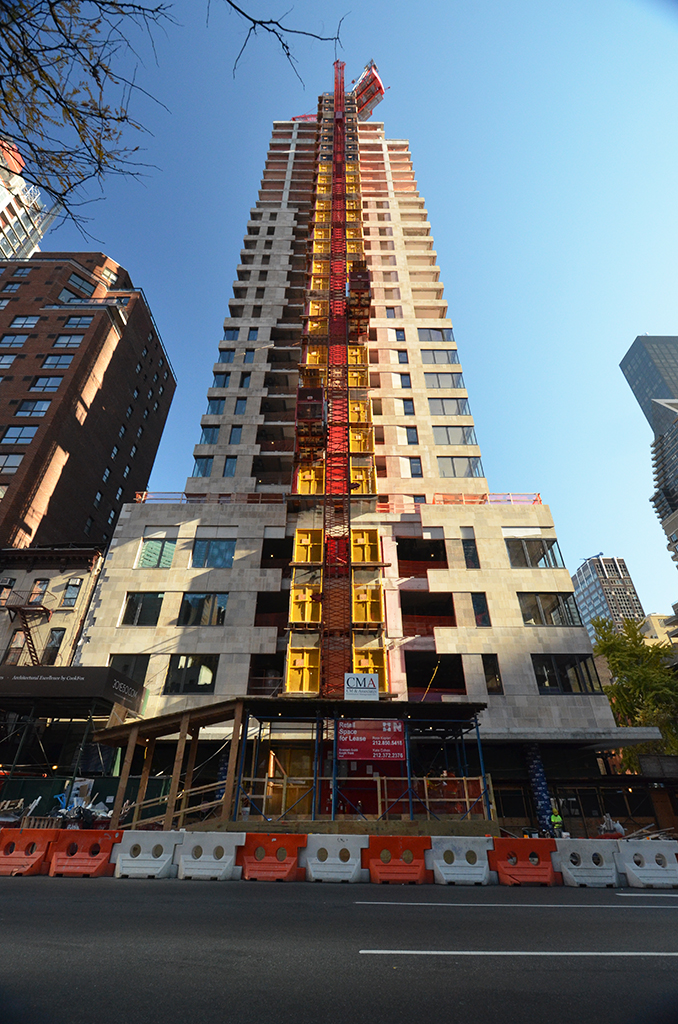 Nice to see you here, Tectonic.