[The complete signage with rendering.]

A tipster reported that the blue plywood is up and work has begun at 205 East 92nd Street, where developer Related Companies has cleared out the old Ruppert Playground to make way for a 36-story building. The fence surrounding the through-block lot between 92nd and 93rd streets holds an updated rendering of the building (at right), designed by Handel Architects, which looks more sleek and modern than the brick-accented earlier versions below.

There’s a seven-floor podium at the base that will house a school for kids with learning disabilities as well as, markings on DOB records show, an Equinox gym. Then the 388-foot-tall building tapers, with floors eight through 35 housing apartments—230 of them, to be precise, according to the new building permit approved in January. At one point, there was to be a combination of condos, market-rate rentals, and affordable rentals, but that mix is outdated, so stay tuned. Out of a total of 384,300 square feet, 303,933 will be residential, 33,935 will be commercial or retail, and 46,432 will be a community facility (that’s the school). Signage on the construction site shows an estimated completion date of 2016.

Planned amenities include bike storage, a kids’ room, and an undisclosed space on the 36th, or top, floor (perhaps a lounge of some sort). Despite opposition from community members upset about losing public space, the project won City Planning approval in August and moved on to pass the muster before the City Council in October.

A diagram of the roof, showing different levels of terraces as well as mechanicals.

The old Ruppert Playground was razed to make way for the 36-story high-rise. 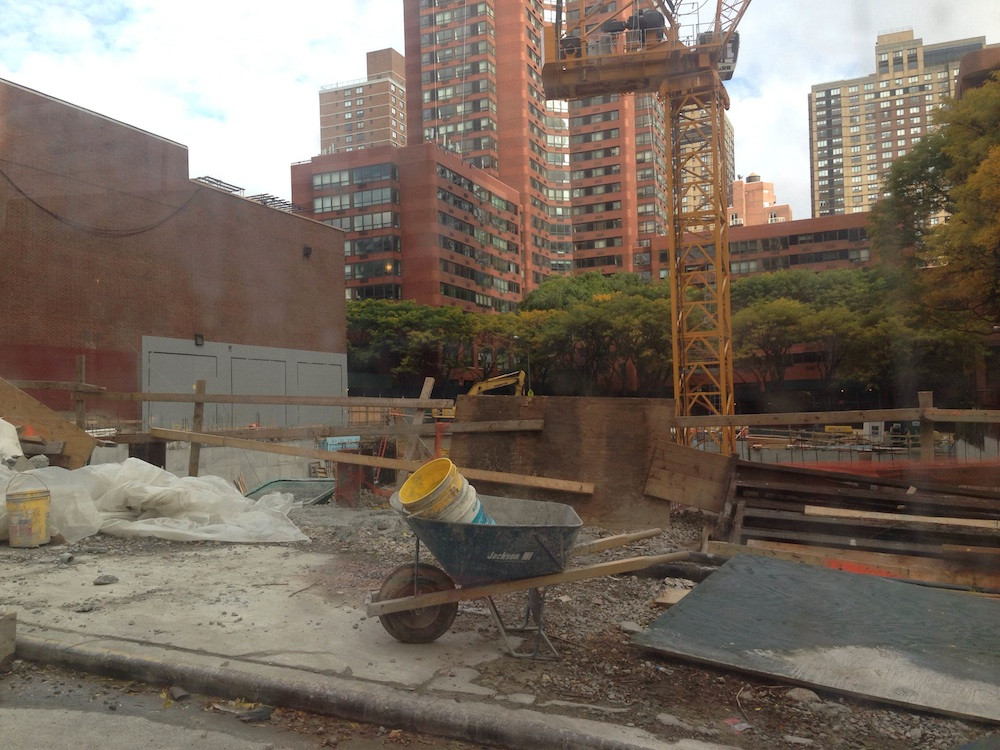 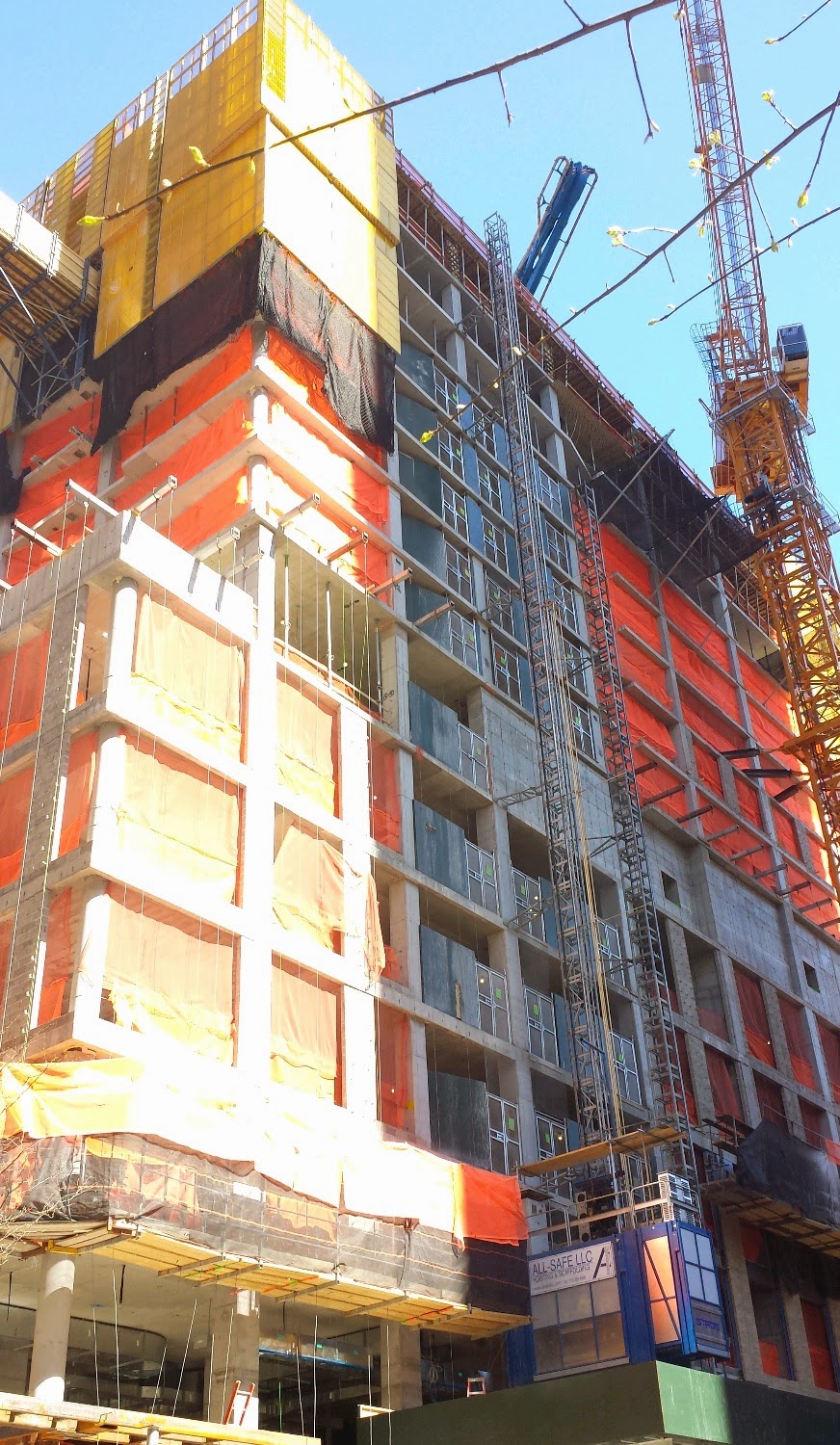 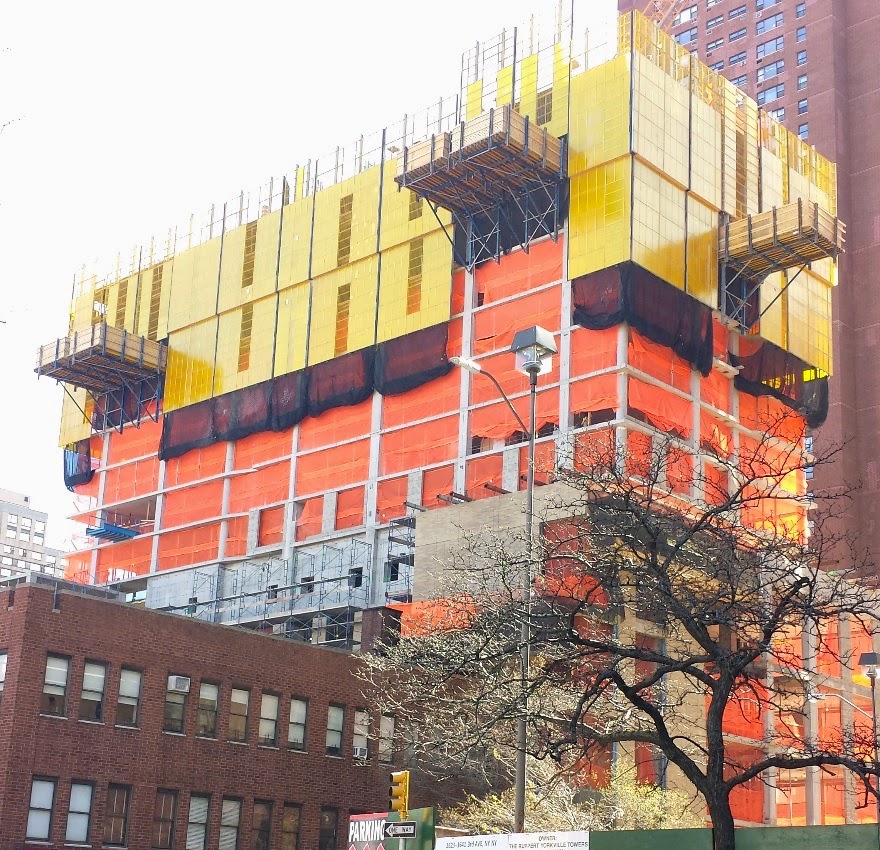