The first permits are up for a new residential building at 225 East 39th Street — which also has an address at 222 East 40th Street — in Midtown East; Fisher Brothers is developing the site, and the architect of record is Handel. Lois Weiss at the New York Post reported on the acquisition and potential development last July.

225 East 39th Street will measure 374,490 square feet, and the tower will stand 37 stories and 395 feet to its roof; the building will have 372 residences. The Post originally stated the high-rise would measure approximately 250,000 square feet; evidently there has been an increase in the development’s scope, and it will verge on the larger side for new residential construction in Manhattan, indicating apartments are more likely than condominiums.

The site is currently occupied by a 6-story Hertz parking garage, and the transformation to apartments will be beneficial to the neighborhood, which is close to several transit options, and within walking distance of the corridor that will be re-zoned as part of Midtown East’s redevelopment. Ensuring that the future office workers have living options within a short distance will help minimize the expanded business district’s strain on existing transportation options, while also enhancing the neighborhood’s pedestrian vibrancy — though no retail component is included in the permits.

No completion date for the site has been announced, though demolition permits for the existing garage were filed in January, indicating construction is imminent.

A tipster submitted the first renderings for a new residential building at 222 East 40th Street in Midtown East, which is being developed by Fisher Brothers; Handel is the architect of record.

As first reported in early May, DOB permits indicate 222 East 40th Street will measure 374,490 square feet, split between 372 apartments. The 37-story structure will stand 395 feet tall, and spans through the block, with another address at 235 East 39th Street.

The building’s design appears quite basic, though the current images may be subject to further change; 222 East 40th Street will have a standard glass facade divided between rectangles of various sizes, though the southwest corner will be almond-shaped, presenting a contrast to the otherwise boxy envelope. A parapet extends above the general squareness, covering the rooftop mechanicals.

Pending higher-quality renderings, 222 East 40th Street compares positively to its Murray Hill surrounds, which are in major need of revitalization. Given the eventuality of the Second Avenue Subway — which will hopefully cross the neighborhood by the 2020s — repealing state limits on residential FAR and transforming the vicinity into a truly high-density node would be prescient.

While discussion regarding such a move has been sporadic, it would present an opportunity to relax supply constraints, potentially aiding the residential market’s ongoing price shock — and benefitting neighborhoods with excellent transit that sorely need top-down transformations, like Murray Hill.

While piecemeal improvements like Fisher Brothers’ latest undertaking are beneficial, Murray Hill must be completely re-built if it is ever to live up to its potential; nevertheless, 222 East 40th Street’s 372 units will present a relatively large density boost, hopefully revitalizing a formerly forlorn corner of Midtown.

Completion is expected in 2017. Fisher Brothers began construction in March of 2015 for a 37-story, 372 unit rental building. Upon completion, 225 E. 39th Street will be a highly coveted luxury rental building without peer in the Murray Hill neighborhood. Handel Architects will serve as the project architect and the Rockwell Group will design the interiors. Completion for the project is scheduled for spring, 2017.

This looks great, but it’s a shame that it’s hidden in the bowels of the Midtown Tunnel exit ramps. 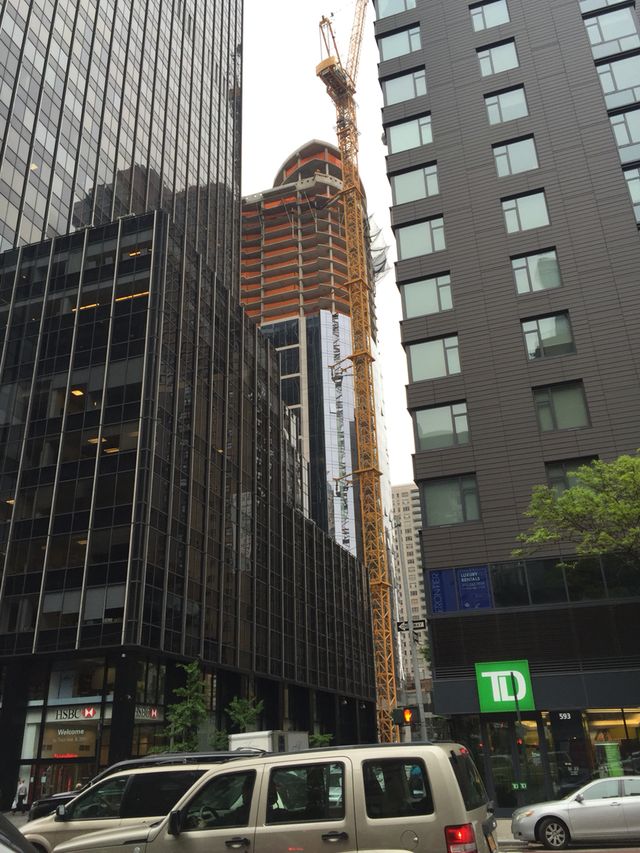 Nice shot of LIC there, too.

Here’s a similar shot, but in 2012. LIC has changed so much. Look how lonely One Court Square looked. This was just 3.7 years ago.

To get a good comparison, open a seperate window, and open 1 pic per window. One on left, one on right and compare. 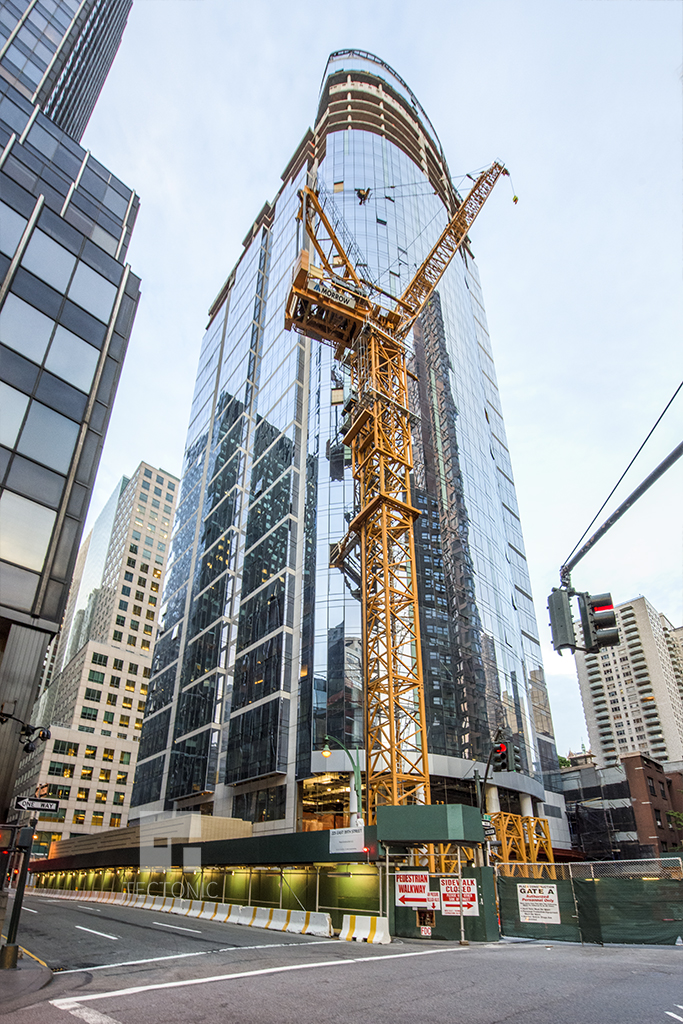 I think it looks great, especially considering the lousy location.

This part of Midtown is quite bland.

which avenue is this off of?

I ate a nice little Jewish restaurant (think it was called Bloom’s) off Lexington and 40th or 39th. The area is definitely bland. Curious what the reason for it is. Is it bad zoning? I know the 2nd Ave Subway will help.

The big issue is that the area is on top of the queens midtown tunnel entrances/exits and traffic is a disaster.

This building is on tunnel exit st between 2nd and 3rd. I bike by it on the way to work all the time. And its surprisingly nice for its location.

This one is almost complete.

It’s filthy and broken and needs a serious makeover. 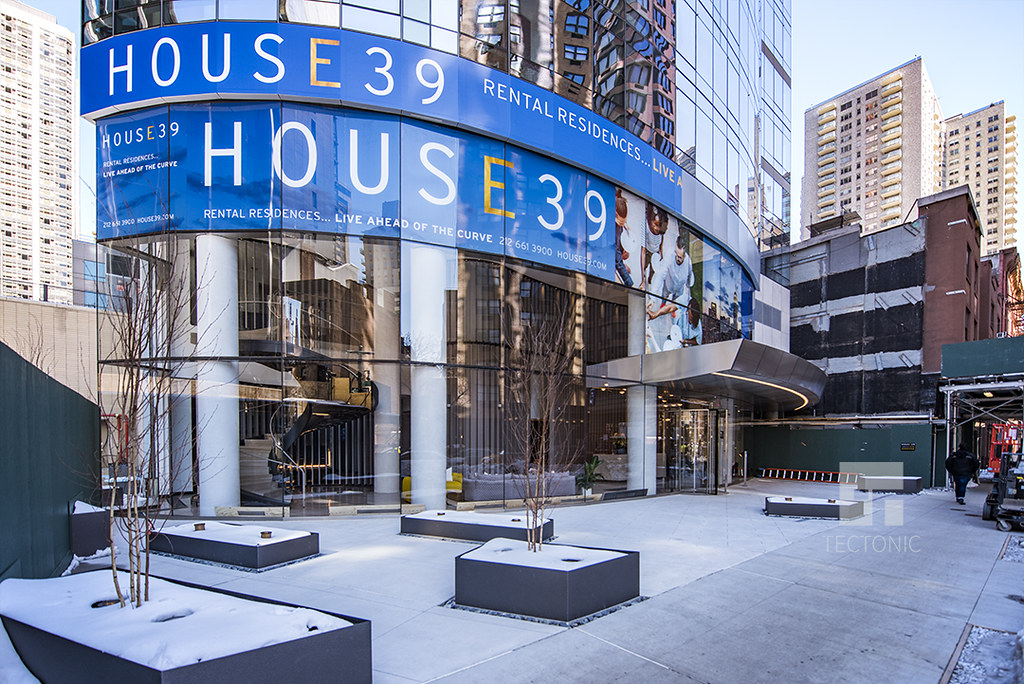