Meanwhile, JLL is also in the process of selling a development parcel zoned for 32,000 square feet in NoHo, at 363 Lafayette St. The site allows for commercial space, but JLL’s marketing materials suggest that a variance could be secured allowing for residential space to be built. The site is also a strong location for boutique office and retail space.

Lastly, the owner of a property on the Upper West Side at 200 Amsterdam Ave. has put it on the block with an asking price of more than $400 million. Zoning would allow for the tallest building in the neighborhood, a 388,000-square-foot, 600-foot residential tower. CBRE is marketing the property and notes that the tower enjoys protected views of Central Park.

Moving to visions for now simply because we don’t have a developer yet.

SJP Properties, in partnership with Mitsui Fudosan America, just closed on the purchase of a large development site at 200 Amsterdam Avenue, according to sources familiar with the transaction. Zoning allows for a 600-foot-high residential tower of nearly 400,000 square feet, and the partners intend to build luxury condominiums on the site.

When reached by phone late Thursday, SJP president Allen Goldman confirmed the purchase. He declined to comment on the purchase price, but sources familiar with the deal said it closed for close to $750 per buildable square foot, or nearly $300 million.

The condo project between West 69th and West 70th streets, Goldman said, will cater to New Yorkers and families from the suburbs looking to downsize and move into the city. The design, he added, would be “highly contextual with the architecture of the Upper West Side,” and the property boasts protected views of Central Park.

The seller, according to property records, was American Continental Properties. Founded by Daniele Bodini, the firm has substantial holdings in the neighborhood, and was represented in the deal by CBRE’s Darcy Stacom, Bill Shanahan and Paul Leibowitz. In January, CBRE began marketing the property, the former home of the Lincoln Square Synagogue, asking north of $400 million.

The 55-story project is slated to be the tallest building on the Upper West Side, a neighborhood where new condo product fetched an average price of $1,898 per square foot during the third quarter of the year, according to Halstead Property Development Marketing.

Manhattan–based SJP, led by Steven Pozycki, has developed over 25 million square feet of office and residential space since 1981. It recently sold a noncontrolling interest in 11 Times Square to Norges Bank.

Mitsui Fudosan America, the U.S. investment arm of Japanese development firm Mitsui Fudosan, paid more than $250 million in December for a large stake in Related Cos. 55 Hudson Yards. The firm’s other holdings in the city include 1251 Sixth Avenue at Rockefeller Center and 160 Madison Avenue. SJP Properties secured a $160 million mortgage for the site of a planned Upper West Side luxury condominium tower from Sumitomo Mitsui Trust Bank, a J

Another groundbreaking scoop by our man, Yimby!!

YIMBY has the reveal for 200 Amsterdam Avenue, a new condominium building on Manhattan's Upper West Side that will become the tallest above 59th Street

Nice acoop by Yimby indeed! I love this tower. 666 FEET!

Wow! Now that is a nice crown! Some architects should take example from all the amazing crowns going up in new york! Steinway, DeKalb in brooklyn etc.

It’s ironic that a house of worship will be replaced by a tower that rises 666’.

I would have loved the Manhattan West twins to be like this. Also, I would love Stern to grace NYC a setback all-limestone tower like this as well. As you can tell… I am digging this. 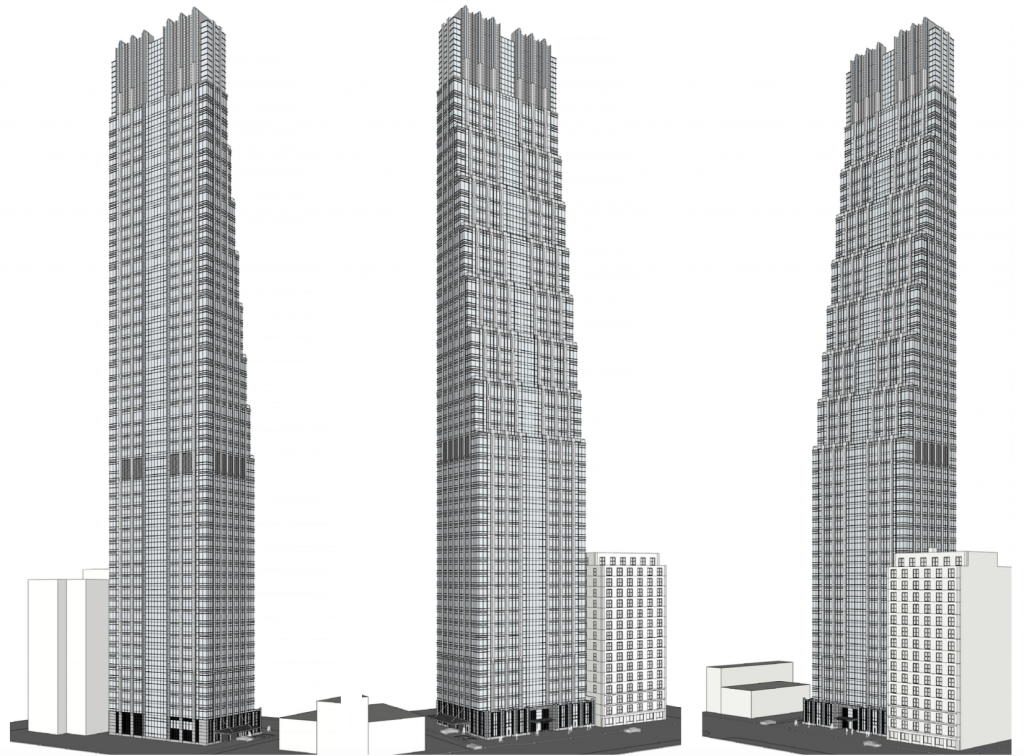 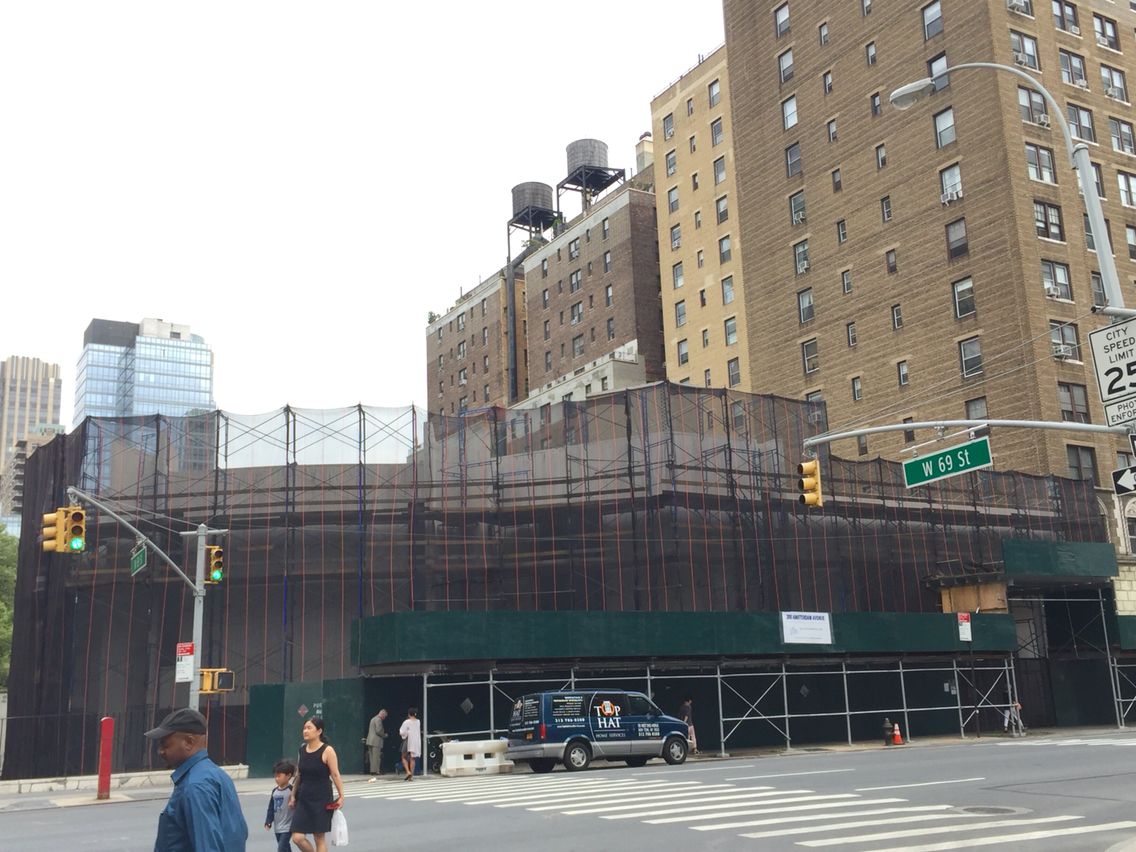 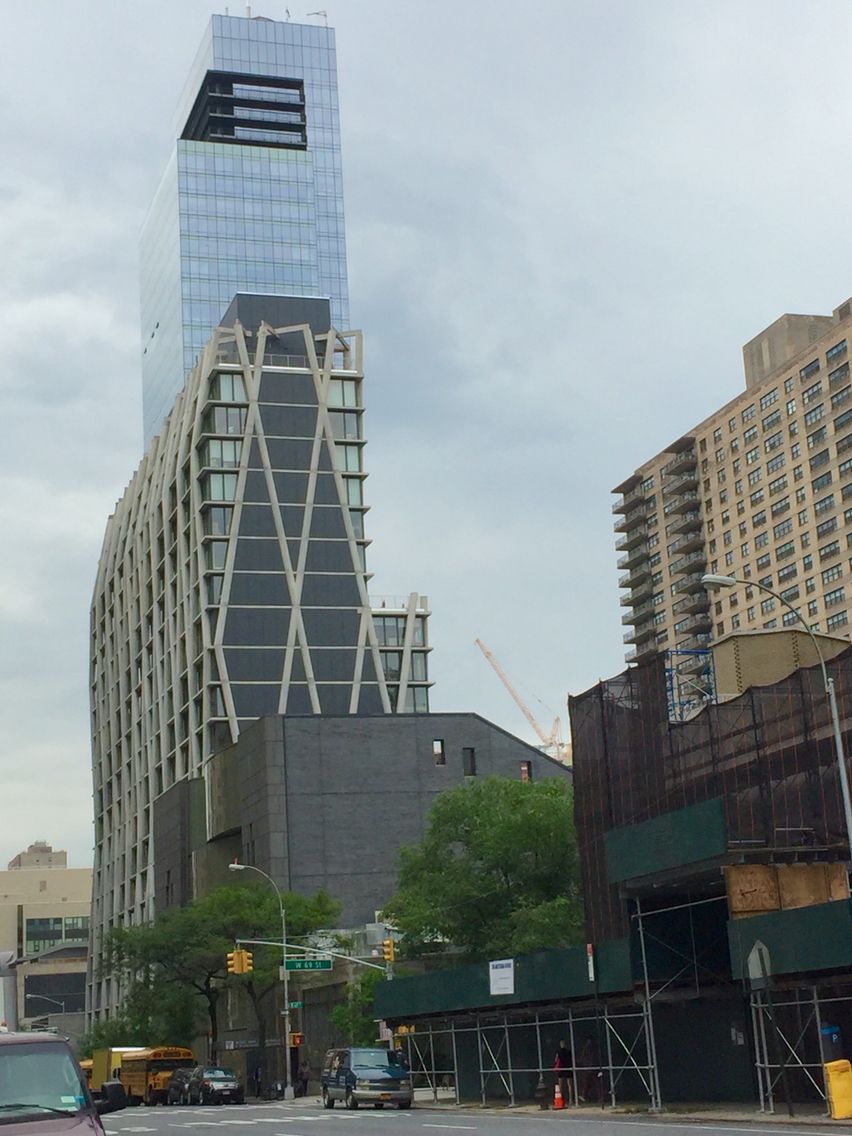 Can’t wait for this to start rising! A true beauty

Wow, the upper west side really has some amazing gems. I love the blending of many different architectural styles. The first one with its gothic bridges and gothic style, and the second one with a sort of haussmanian on steroids style. ONLY IN NEW YORK LADS!!!

The UWS is really beautiful. Have you ever been there, Robert?

Sure have, I stayed in flat by 95th and hudson boulevard for about a month. It’s a great place! Beautiful architecture, you really feel the golden age of the city when you go there.

I can’t wait for mini-Steinway to rise in this sight line.

Walked by the site this morning and chatted briefly with a worker at the fence gate. Since nothing has changed on the old building exterior in quite a while I asked if anything was going on. He said the building was being taken down. I asked how long it would take. The answer–one to two months. Why so long? “We have to follow the rules,” he said. I responded, “Kinda like one brick at a time?” He said, “Yes.” So I guess patience is a virtue here.