An entire block of garbage is coming down and will be replaced by this HdM tower.

Interestingly, this tower appears to be a 1/15th version (height wise) of Witkoff’s Park Lane.

The developer follows a long list of New York real estate hits with a new project in the West Village.

By TIM McKEOUGH
NOVEMBER 13, 2015
Ian Schrager has a long list of New York real estate hits, from Studio 54 to Morgans hotel to the 40 Bond condominium. Now he’s hoping to do it again, but this time in the West Village, with a new blocklong condominium at the edge of the Hudson River.

The building, 160 Leroy, will rise along the West Side Highway, between Clarkson and Leroy Streets, a once slightly grittier section of the sought-after neighborhood that was home to a carwash, auto repair shops and a strip club.

“It was three separate sites, and it was a nightmare putting it together,” said Mr. Schrager, who initially owned just one site with Ares Management. After a year and a half of negotiations, the owners of the other two parcels, Weinberg Properties and William Gottlieb Real Estate, joined the project as partners.

The combined site is now being cleared for a 15-story, 49-unit building designed by the Swiss architecture firm Herzog & de Meuron, with expected completion by the end of 2016. It’s the third time Mr. Schrager has chosen to work with the Pritzker Prize-winning firm, after 40 Bond and 215 Chrystie, which is also under construction.

“Every time I step up, I want to do something new and original, and they’re capable of doing that,” said Mr. Schrager, noting that the firm has no signature style. “There’s so much product coming out, the only way you can distinguish yourself is by doing something really unique, and providing a level of finishes and details that other developers wouldn’t do.”

For 160 Leroy, Herzog & de Meuron has designed a curvaceous structure of exposed light-colored concrete and floor-to-ceiling windows that ripples alongside the West Side Highway, and extends east into the neighborhood with two arms, along both Clarkson and Leroy Streets, that embrace an internal courtyard.

Not bad. What its replacing is worth it. Good to see many of these parcels are being upgraded to the 21st Century. Looking forward to when they clean that filth bordering MSG (Vornado).

This site and Related’s site nearby are replacing the last pieces of garbage on West Street. Also, besides these two great buildings, Jean Gang’s Solar Curve will also start to rise soon on West Street!

Schrager has been busy lately! This and 215 Chrystie are welcome additions.

The latest version of Park Lane (also by HdM). 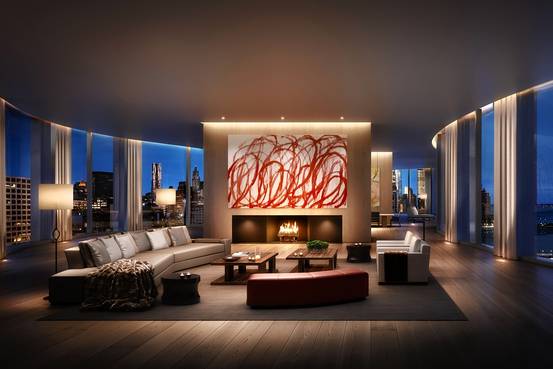 Ian Schrager Seeks About $80 Million for Penthouse With Three Kitchens

With views of the Hudson River and the city, the roughly 12,200-square-foot, five-bedroom penthouse now under construction encompasses the entire roof of the unusual, undulating building. The master suite will have an office and “private training studio” with a separate entrance. The unit will have three wood-burning fireplaces as well as three kitchens: a “social kitchen” to entertain, an adjacent “chef’s kitchen” for the cooking and a third on the private rooftop terrace.

A spiral staircase and an internal elevator will lead to the 7,369-square-foot roof terrace, which will have a 31-foot-long private pool and a powder room. The building is expected to be completed next year.

Designed by Herzog & de Meuron, 160 Leroy Street is nearly all curved walls. “We were warned against the curve,” as curved walls can make interior layouts challenging, said Mr. Schrager, known for hotel projects like the Gramercy Park Hotel and residential developments like 40 Bond. “But I think it kind of embraces you when you walk in, and makes it special.” He added that his team “labored over the layouts for a year.”

Building amenities include a landscaped courtyard, fitness center and a 70-foot-long pool, according to Madeline Hult Elghanayan of Douglas Elliman Real Estate, director of sales at the project. Residents of 160 Leroy will also receive hotel services from 215 Chrystie Street, a hotel and condo being developed by Mr. Schrager and slated for completion in fall 2016.

The Herzog & de Mueron-designed building is nearly ready to rise.

I drove by in a taxi on March 22nd. The site has been cleared and work was occurring.

I drove by in a taxi on April 5th. The site has been cleared and work was occurring. There was a lot of machinery on site!

I’ve always loved this little waterfall park around the corner on Washington.

This is the BBC!! 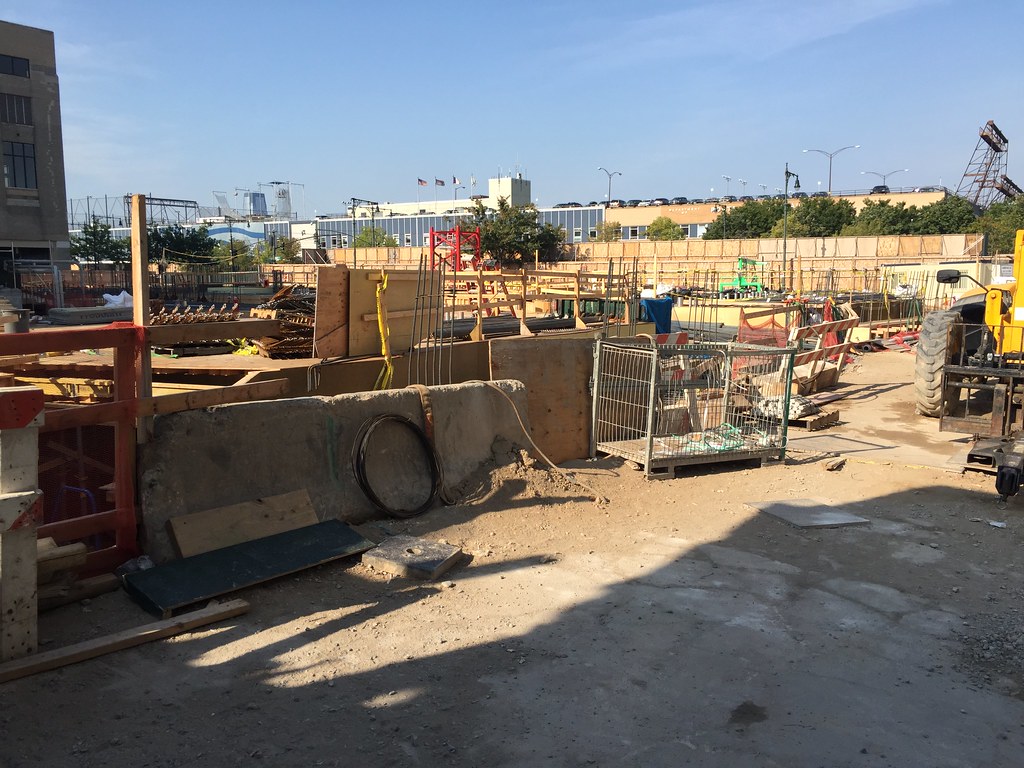