The first renderings are up for a new project in Jersey City dubbed ‘Hudson Exchange West,’ and the images come from the site’s architect, Perkins Eastman. Plans for the building are apparently the first aspect of a six-block development that will completely transform the surrounding neighborhood, though at this point, the developer is unknown.

Hudson Exchange West is located directly to the west of The Monaco; the third tower of that development, dubbed The San Remo, is also about to begin rising. While piecemeal action is beginning to make a real difference in the neighborhood’s urban transition, the conversion of a significant swath of parking lots will greatly accelerate the process.

With 625,000 square feet, Hudson Exchange West will be quite large, though the current boom in Jersey City is no stranger to bulk; several of the city’s newest projects will have over 1,000 units, including the greater plan for Hudson Exchange. Still, the aesthetics at the project are somewhat of a departure from typical glass towers rising nearby, and “the reflective glazed brick surface folded upon by layers of burgundy masonry explores a new sophisticated relationship between [the building] and its context.”

This is the first of 12 towers to rise in this area.

And here it is today. Looks like they are putting up 2 floors a week.

They have the foundation set for the garage next to it. Plus today it seemed like they might have cleared another section to the south for the next tower?

Great project, had no idea bout it just did some research, turns out this is the first tower to be built and it will be 35 floors tall so rather decent. They will then build the rest. Here are some renders, the last is for the tower being built. No idea how this flew under the radar. Crazy the amounts of development in the NYC area, thanks JC would have never seen this project without your precious update.

Thanks for the added info and renders! For some reason i thought this was going to be 25 floors. 35 is even better! I like the design too. Much better than the large box stores and massive parking lot that are currently there. This is kinda like our own mini hudson yards development here in JC for how massive the overall site is.

Why is it that every multi-tower development project in Jersey City only builds one tower at a time? It’s the same exact scenario with URL and Journal Square.

Maybe they can’t fund three at once? Good question lol

Probs to see how much it sells and to get an idea for future price ranges, a bit like a test run I guess. Once they get an idea how profitable it is they decide to build the rest at a certain speed or at a certain price. I mean I have no idea I am just hypothesizing.

Taken today. Another 6-7 floors have been added since 3.5weeks ago. They are moving fast!

This one is a bonus. I heard we are into cool cars and new construction/tall buildings now.

Damn JC Heights, ya gotta stop showing off your ride! Making us all thirsty for speed.

They have about 6-7 more floors until they top out. At the pace they are going, they may be able to do that by the end of the month. 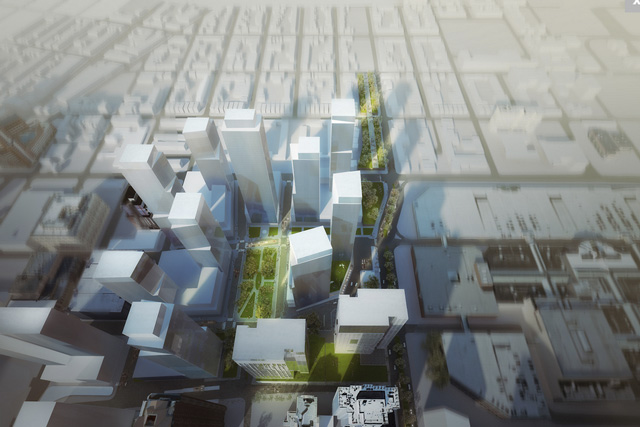 I think they may have topped out.

From yesterday. Tower crane is coming down and the garage seems to be at its final height next to the tower.

My friend just moved into the morgan on the 31st floor so the views were great.