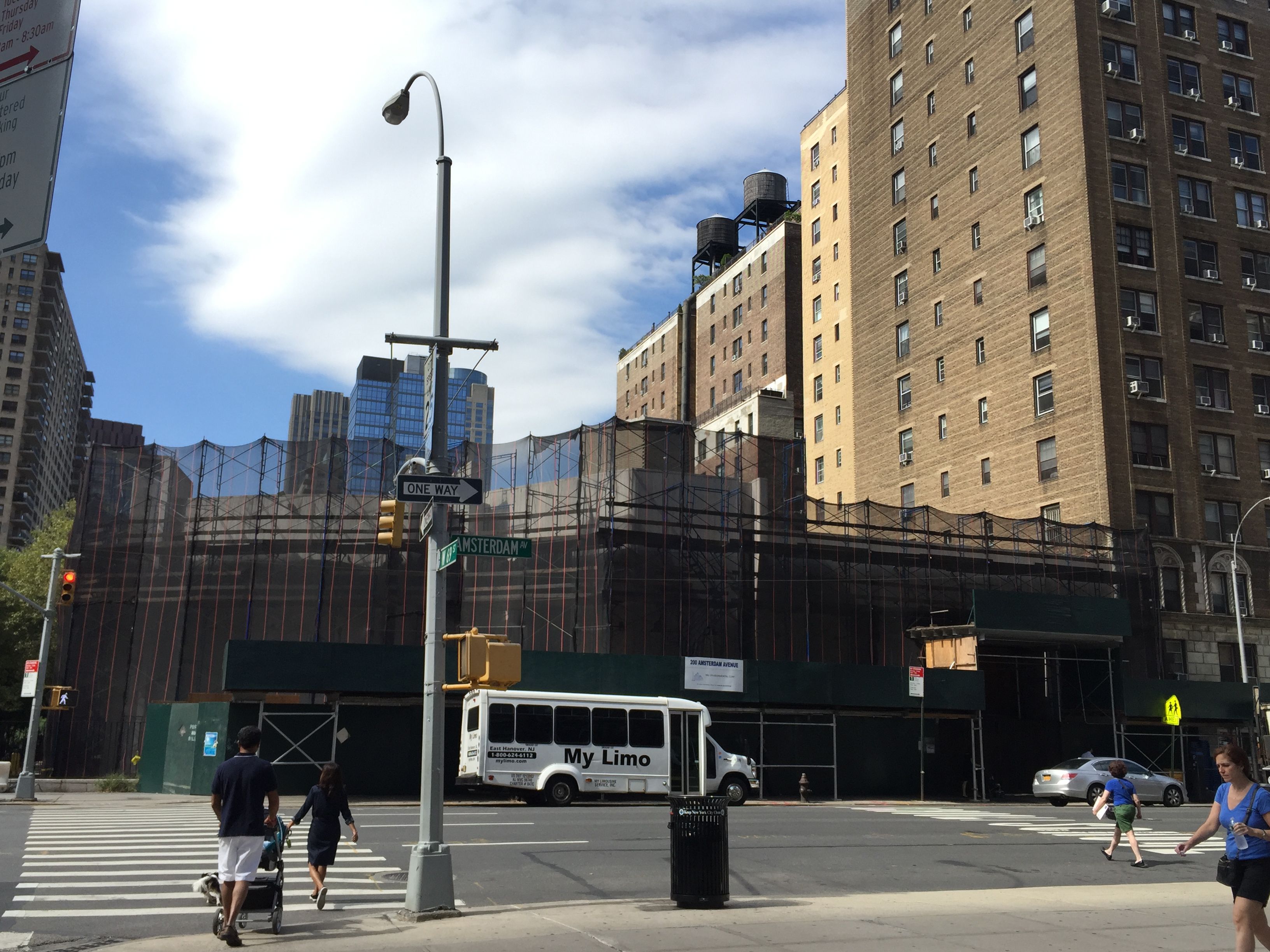 Plans have been filed for the 669-foot-tall condo tower at 200 Amsterdam Avenue, which will become the Upper West Side's tallest building.

Behind the black screening the old synagogue structure itself is finally beginning to be taken apart. The stone cladding has been removed from most of the building. At some point the structural elements will start to disappear. Picture taking through the screen is difficult; the above is the best I could do.

No real significant change in four months. Does that DOB report indicate there is an ongoing land use dispute that is holding things up?

Just walked by the site. Locked up tighter than a drum. No work going on. This project has to be on a hold for some reason.

Walked by 200 Amsterdam again today. Still no sign of any work having occurred since I last visited over three weeks ago. Even the trash behind the scaffold barrier fence hasn’t changed position. The project is a mystery to me. Anyone have any information about what is going on?

Walked by once more and surprise! There’s some activity. A lot of new equipment is on site, part of the perimeter fencing has been rebuilt, and as shown below a new demolition permit has just been issued to a different contractor. So I guess the old synagogue building will finally begin to come down.

I’ve always hated these two eyesores on B’Way and 91st. I’m glad to see these heaps come down. [image]

Someone said that the corner building with the BoA is a landmark that will be saved. The B’Way side looks like crap but the 91st St side looks great. I hope that it’s saved but that the rest of that crappy block comes down .

Don’t know exactly rogerwalpole though I vaguely recall a West Side Rag article a while back suggesting that the corner building would be saved as another new apartment building would be constructed next door.

Thanks, Chused. I assume that you live on the UWS. Could you snap a photo of the site the next time you’re up there?