Snohetta released new images of their new project. Quite beautiful. Is there a thread for this already under a different name? 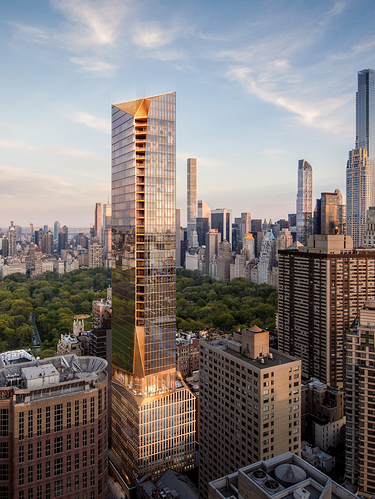 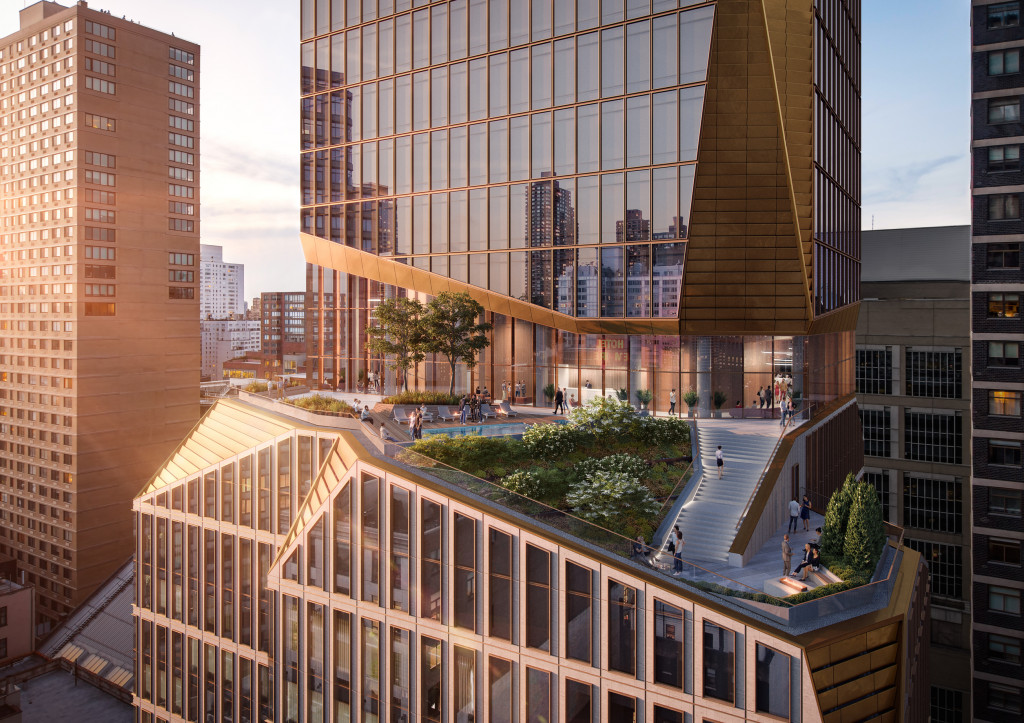 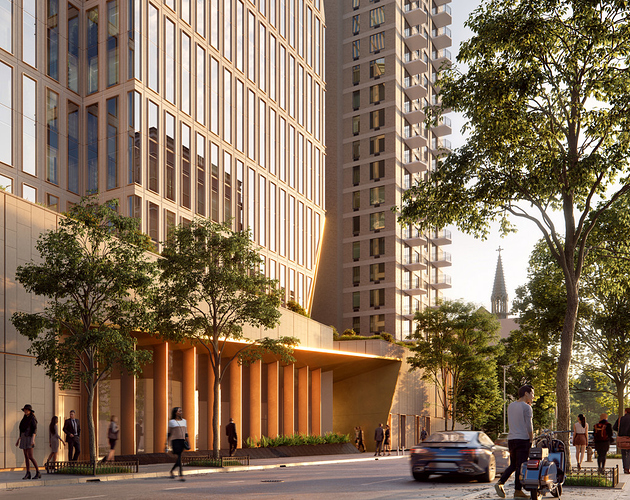 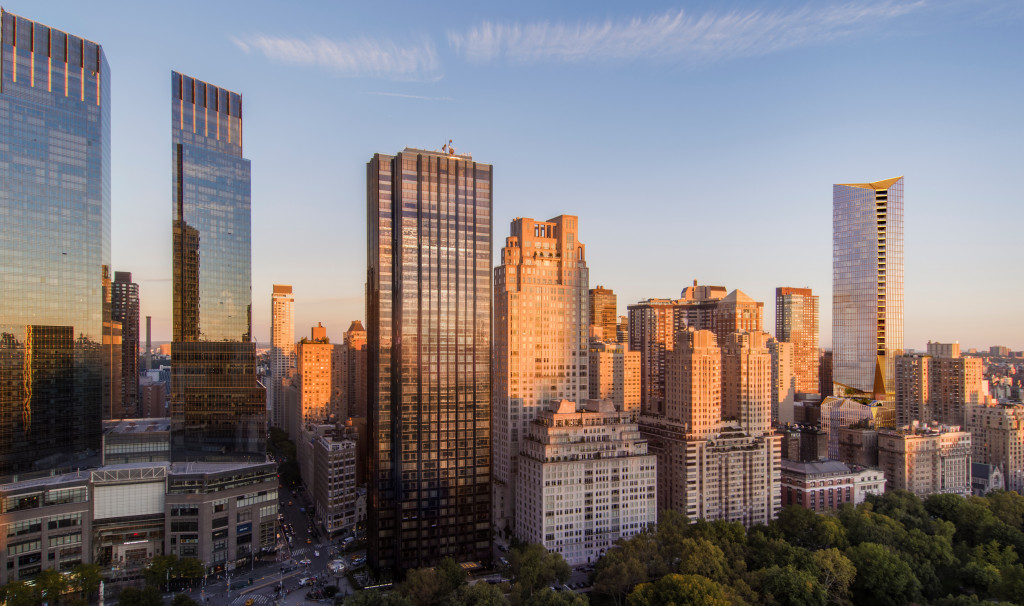 This is a beautiful building, but I would have preferred a Stern in that location.

You took the words right out of my mouth. It only looks great in the context of Lefrak and Milstein clunkers. But once 15CPW is in the picture, it’s obvious that a complementary Stern building would have taken the skyline to a much higher level.

Well don’t forget that there are already 3 Stern buildings facing the Park among the limestone facades also facing the Park. The context is the UWS and there’s plenty of glass and stone. It’s also nice to see a building that tapers to a point. Maybe not classically like Stern, but a modern interpretation. And the way the building setbacks is so great. It’s definitely a different and welcome addition! This is Snohetta after all!

Ooooooooh I like this. I would’ve loved a Stern but I almost actually prefer this. I like the mix in between modernity and classical/art deco.
Also there arent enough tastefully designed modern buildings in the upper west side.
I approve

Extell is the developer.

good!!
there’s so much trash on that side of the park on Broadway, and any development will stand out in a big way

Check it out full size (great render of CPT too): 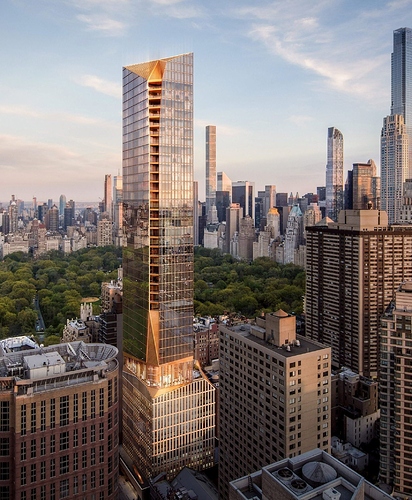 Extell closed on $202 million in air rights purchases on Monday, $147 million of which were bought from the Jewish Guild for the Blind at 15 West 65th Street.

Be advised- the real deal, as per usual, inaccurately reported without doing some very basic research. Above article mentions that the building’s height increase was due to an air rights transaction with the Jewish Guild for the Blind, directly behind the site on 65th Street. However, Extell actually bought that property (15 West 65th) outright and full demolition was filed in June. This will be a through-block building with the synagogue facing 65th.

the intial work done as of october 50 West 66th Street, Central Park West : As we had already assumed, Gary Barnett’s Extell Development Company has much larger plans for their prime Upper West Side site at 50 West 66th

They are starting to wrap the building on 65th to come down. 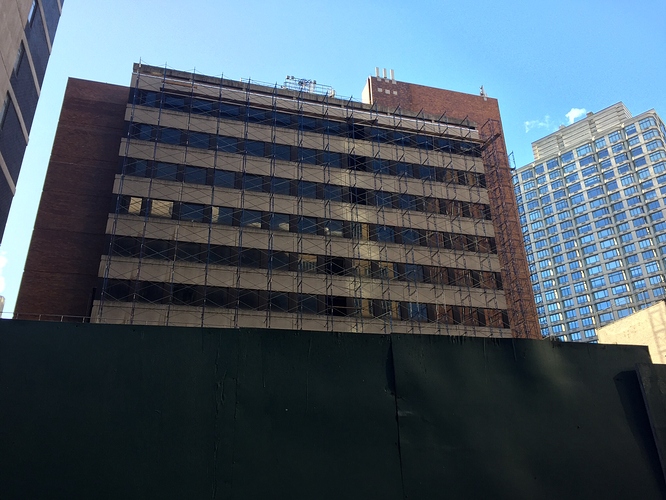 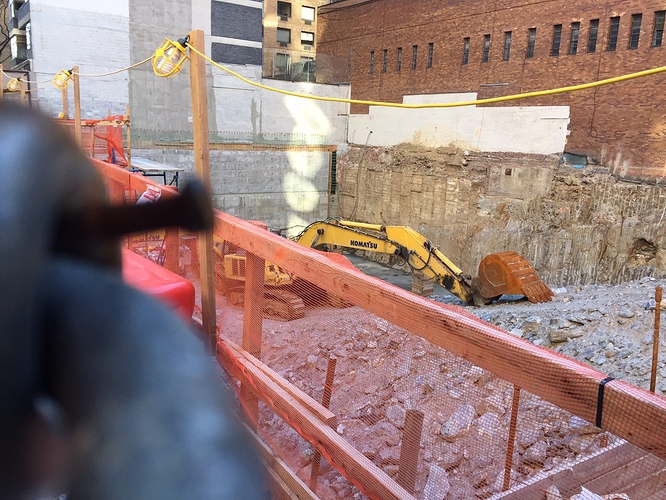 Did Extell acquire any other buildings on 65th? Those horrible tenements with the fire escapes (located next to the eyesore coming down) are heinous.

a rendering with some more context from extell’s website 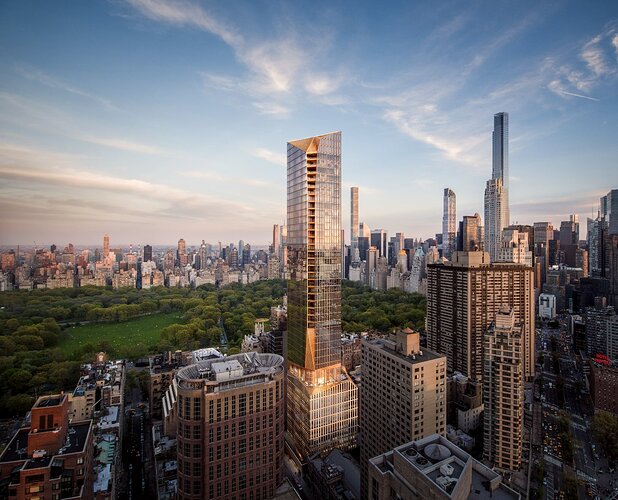 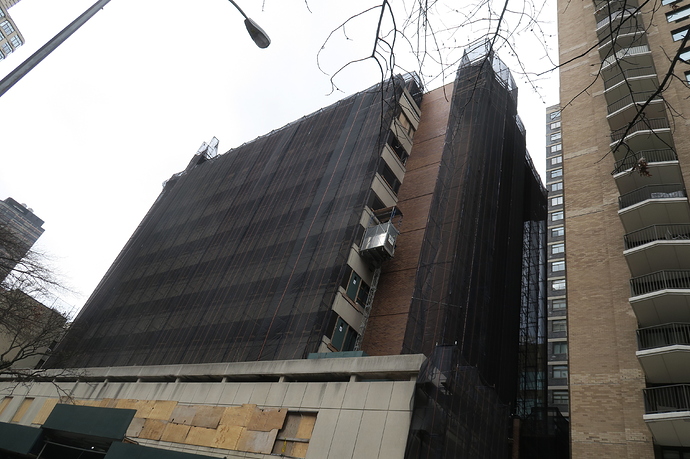 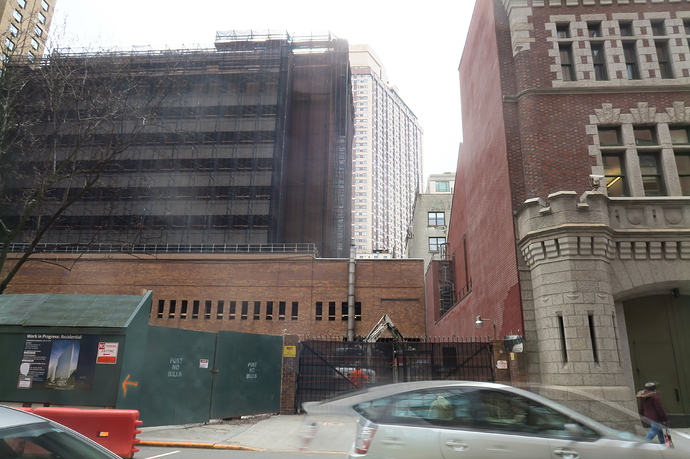 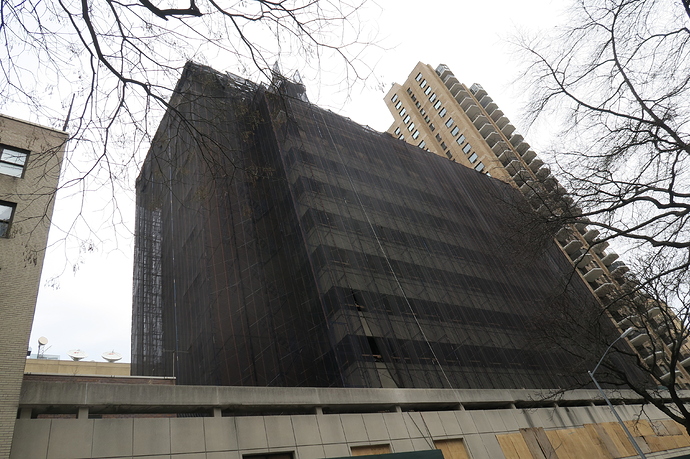 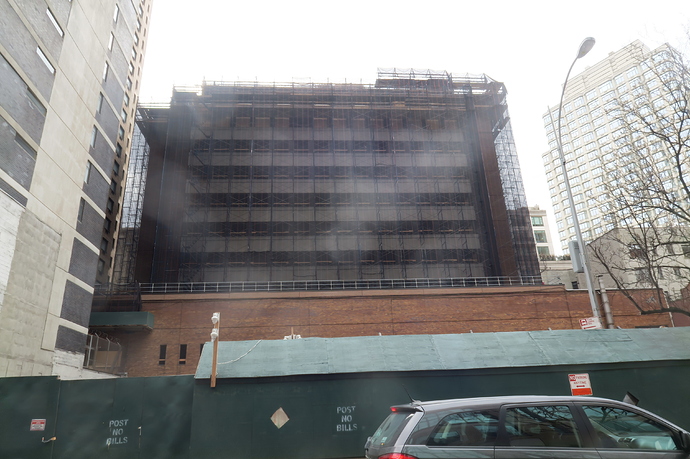 Looks like they didnt acquire the building you are asking about. I think it is just the old synagogue that will come down. 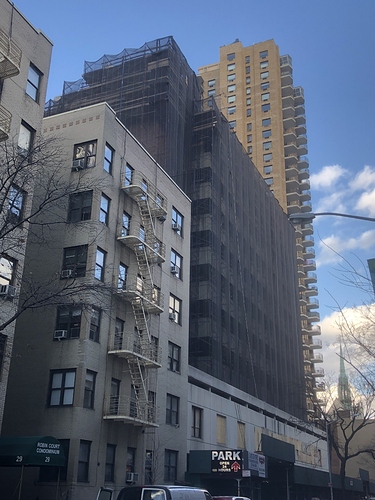 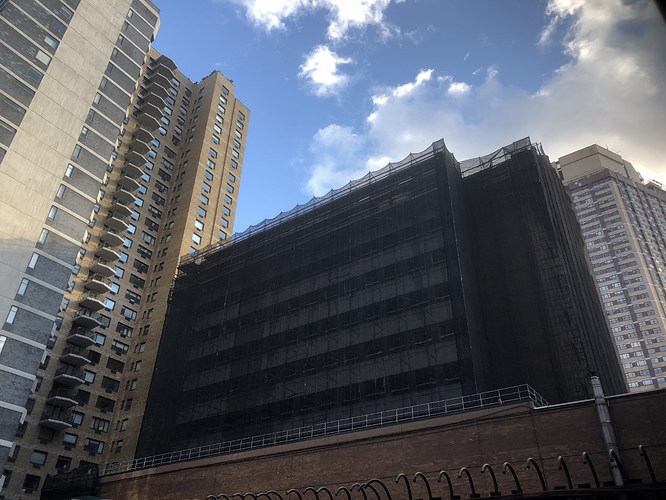 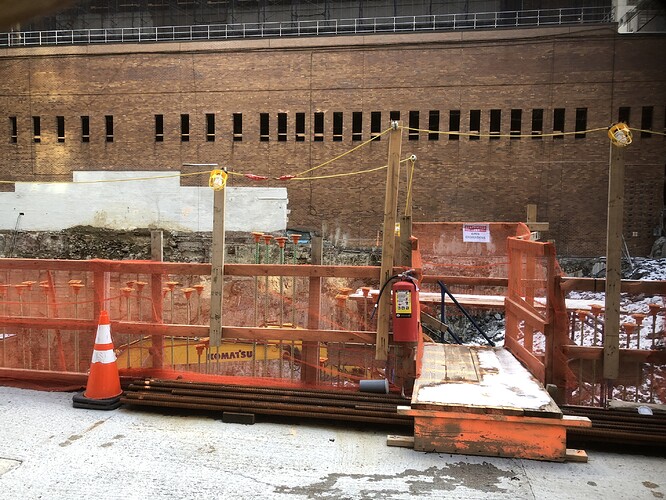 Only in NY: $50m condos next to a filthy tenement. 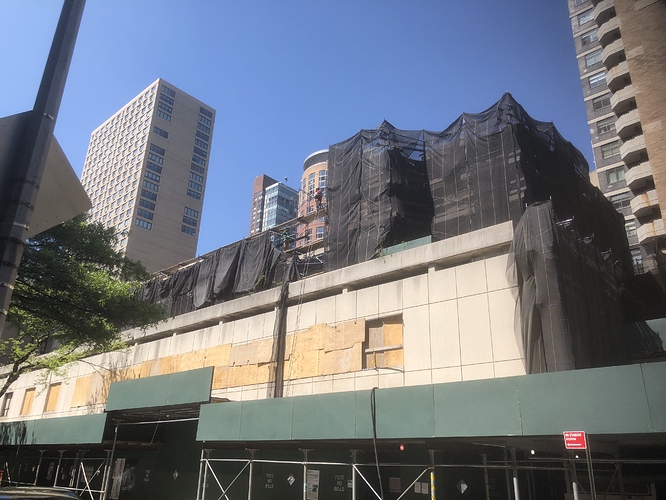 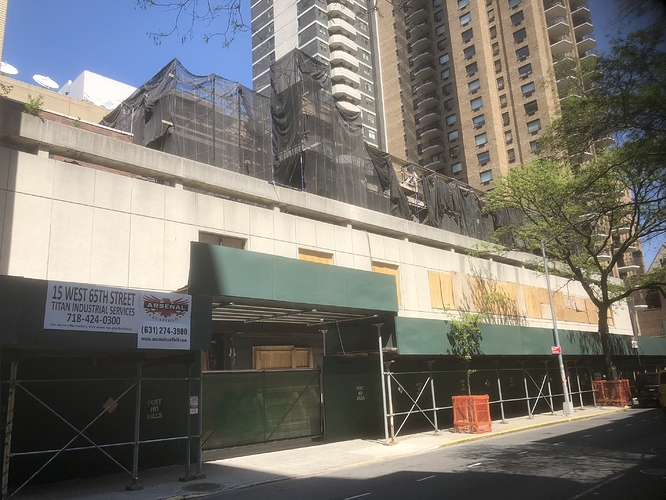 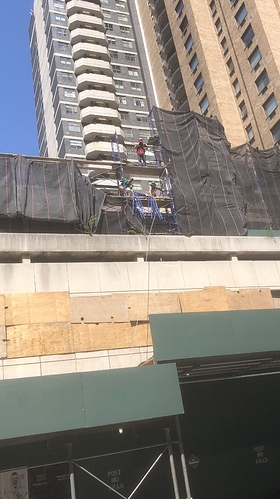