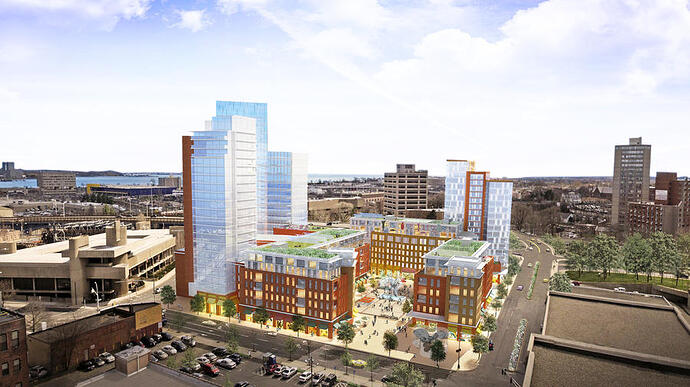 Construction at the site of the former New Haven Coliseum — envisioned since the venue was demolished in 2007 — could get underway next summer now that critical state funding has been earmarked for road and other improvements.

Gov. Dannel P. Malloy announced Thursday that the $400 million project is slated to receive $21.5 million in state bond money — a boost for a project that will complement other economic development in the city and create new jobs.

Plans for the Coliseum property are part of a larger vision to stitch back together New Haven’s downtown, divided in the 1960s by the Route 34 connector, which was never finished.

The Coliseum development — a piece of the larger Downtown Crossing — is expected to include hundreds of apartments, a hotel, shops, restaurants and office space.

“The Coliseum site redevelopment is a vital component of the Downtown Crossing project and is a once in a generation opportunity to rebuild 5.5 acres of prime land in the heart of New Haven,” Malloy said.

The state funding, which still needs State Bond Commission approval, would be used to reconnect South Orange Street across Route 34 toward Union Station, establishing a connection between downtown and the train station, the Hill neighborhood and the medical district.

The state’s investment is being matched by $12 million from the city.

The developer, Montreal-based LiveWorkLearnPlay, would begin with a public square flanked by 380 mixed-income apartments; 35,000 square feet of retail space, enough for two dozen shops and restaurants; and 5,000 square feet of space for seasonal incubator businesses.

In addition, plans call for a 190-room, 4 or 41/2 -star hotel with a conference center, a fitness and wellness center, and a spa. Between 100 and 200 upscale residential units — some of them condominiums — would be connected to the hotel to give tenants and owners access to the amenities of the hotel.

Initially, the mixed-income housing and retail components were expected to be ready in the summer of 2016 — with the hotel and upscale residences to be finished in 2017 or 2018.

But, as a condition of getting the state funding, Malloy pushed for the construction of the hotel earlier, arguing that the hotel would drive job creation. It also would provide much-needed lodging space for the city, particularly for visitors brought in by the new, $100 million headquarters of Alexion Pharmaceuticals now under construction nearby.

“It was very much part of the governor’s point of view that the benefit to the people of Connecticut was going to be on the economic development side,” Matthew Nemerson, New Haven’s economic development administrator, said. “Alexion changes our profile now. He wanted the focus on that now in return for this money.”

Moving up construction of the hotel meant dealing sooner with major utility lines — electricity, gas, water and sewer — that run through the area where the hotel and an underground parking garage would be constructed. Those lines must be relocated sooner than expected, meaning an earlier construction timetable starting this year had to be scrapped.

Max Reim, LWLP’s co-managing partner and founding principal, said he believes the housing and hotel can be ready late in 2016, even if construction doesn’t get underway until mid-2015, an admittedly aggressive timetable.

“There’s nothing that makes us think the timing won’t work,” Reim said.

Reim said construction had to be pushed back considering “the complex series of dynamics” involving the state, the city and the utility companies.

“Overall, the extra time that we took will only benefit the community and the project,” Reim said, praising LWLP’s partnering with the city and the state.

The majority of financing for the project will come from private investors and real estate trusts. Reim said that financing has been lined up but now must be finalized.

Reim said LWLP is close to deciding which name the hotel will carry.

Future phases of the Coliseum redevelopment are expected to include a residential tower of 500 or more units and office space encompassing 200,000 square feet, preferably with a single corporate tenant. 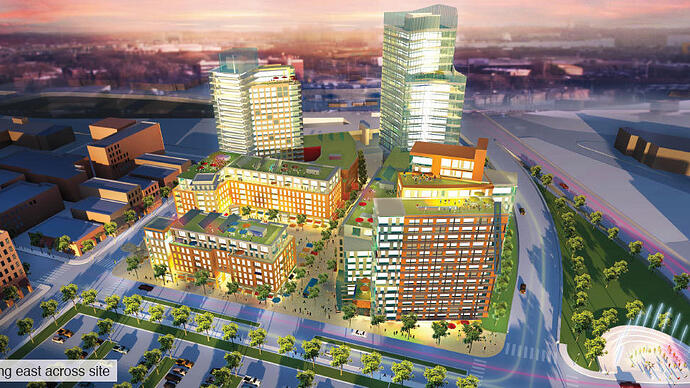 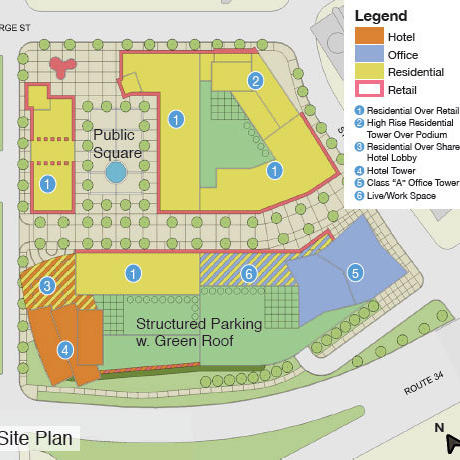 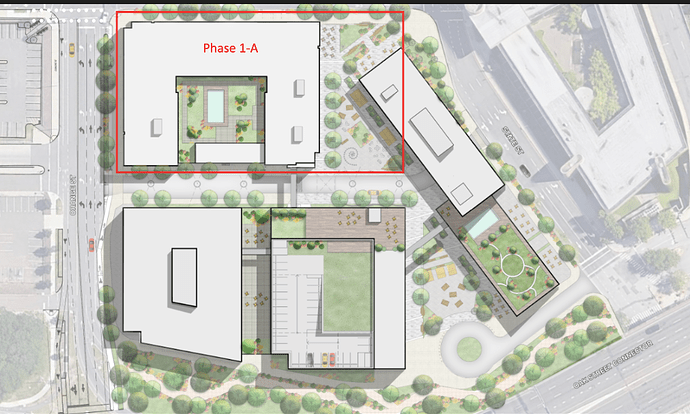 With the long-delayed redevelopment of the former Coliseum tentatively set to begin this coming spring, the developer clued local contractors about how to seek a piece of the work. …

The redevelopment of the coliseum site has been delayed. It’s still a parking lot for now. 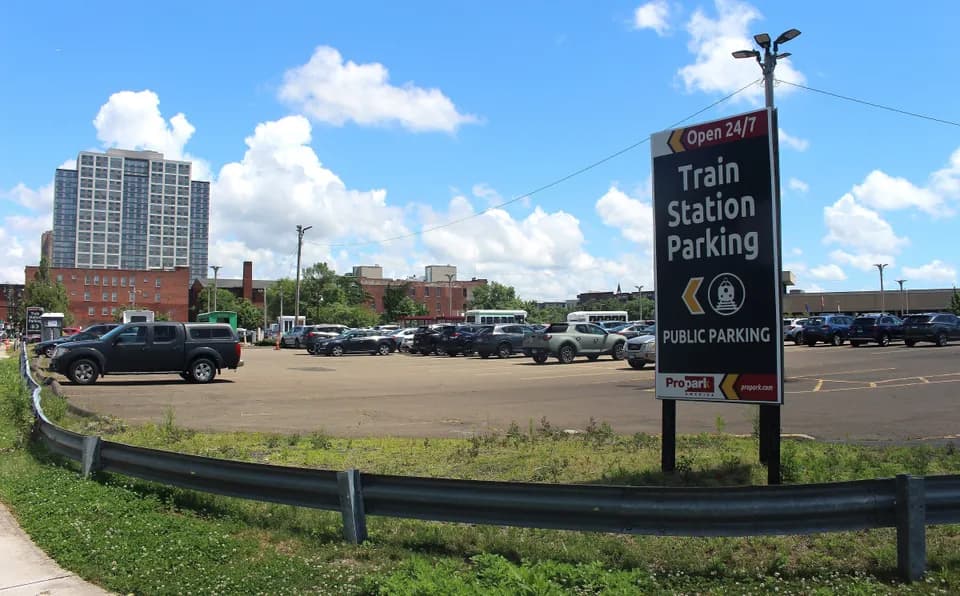 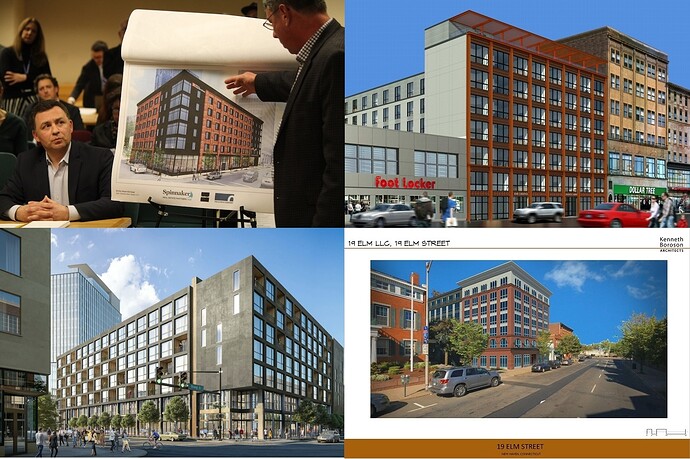 Three different developers promised to build over 460 apartments and 132 hotel rooms across four different city-approved projects downtown amid a building boom. Years later, those projects remain unbuilt -- and the lots they're slated… 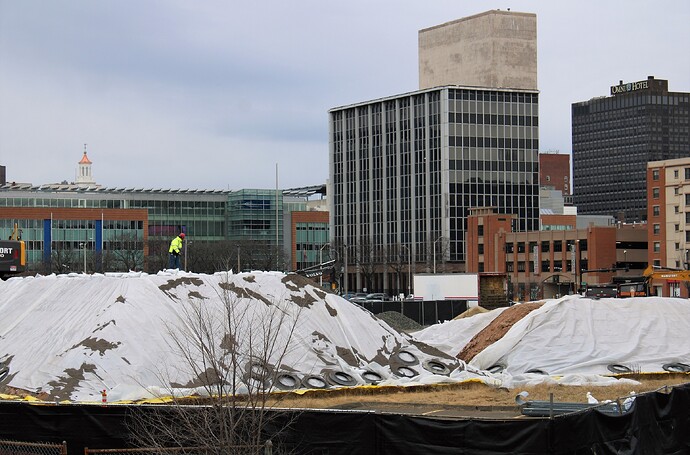 Dirt was on the move -- and not just in a ceremonial fashion -- at a now-bustling construction site that once housed the long-gone Coliseum. … 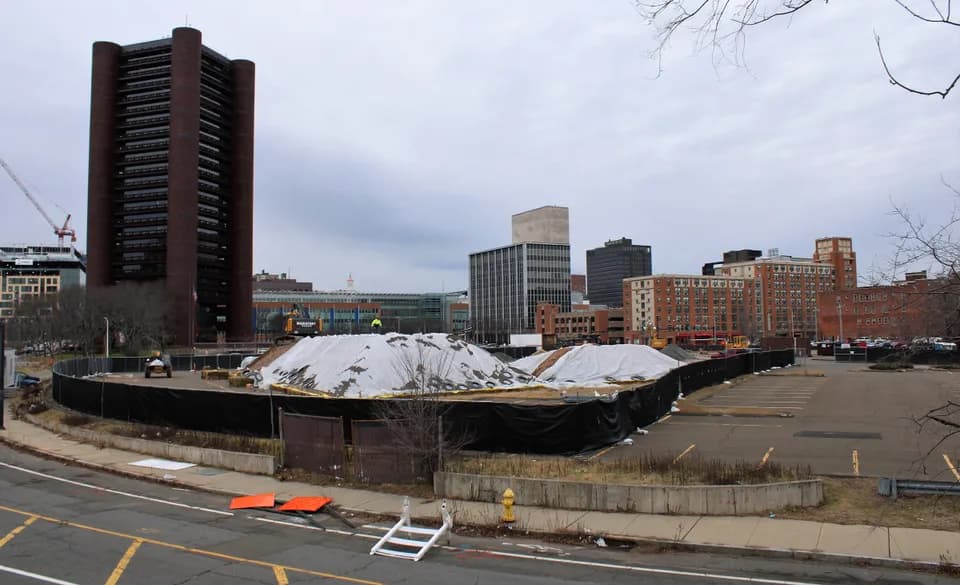 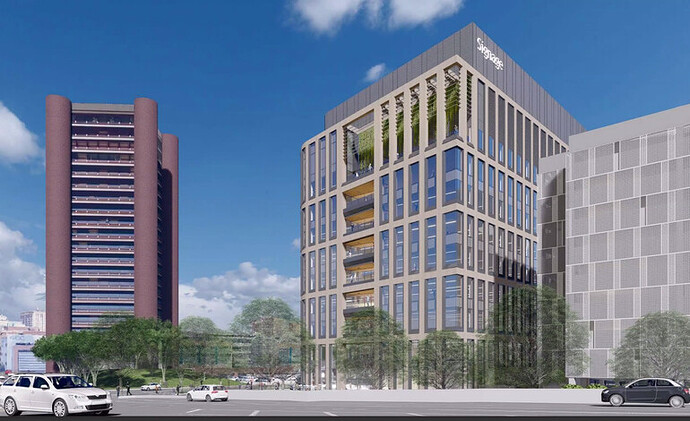 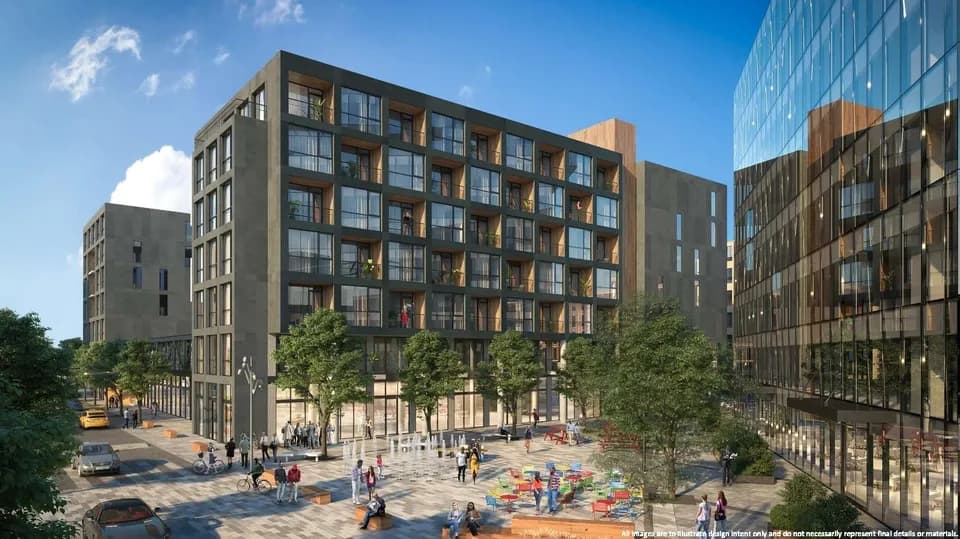 Something this area needs. Union station feels so separated from the rest of the city because of these lots, good to see them being filled