NEW HAVEN >> From the balcony vantage point of the Air Rights Garage Wednesday, city officials gave a quick visual update of the Downtown Crossing project as two construction companies worked to prepare its signature building’s base and access points.

Large U-shaped, concrete pieces of culverts that will allow vehicle access under the new 100 College Street building and parking garage were being set in place adjacent to the present College Street bridge. As the mayor talked to a reporter, another piece arrived by truck on South Frontage Road from Avon.

“They’re going to build the two culverts, cover them with dirt, pave them and then tear down the old bridge,” DeStefano said, “and today was the first day we started to (put in place) the culverts.”

The mayor, who decided not to run for another term after 20 years in office, said the culverts will allow traffic headed for the Air Rights Garage to go through the new structures and “all the way down to the hospital complex. Work is being finished on Martin Luther King Boulevard (the old North Frontage Road). The next thing drivers will see is the closing of Exit 2, which will occur in about November of this year.”

The work Wednesday involved dirt-moving, a crane at the ready for the culvert sections, with drainage pipes lined up for placement soon, as traffic moved steadily on the north and south sides of the work. C.J. Fucci Construction is doing road work to turn the Route 34 highway into urban boulevards that reconnect neighborhoods separated by what some have called the “highway to nowhere.”

At the Church Street exit from the curtailed highway, there will be five lanes, a right and left turn lane and three travel lanes heading north, the mayor said.

Payloaders from John Moriarty & Associates moved dirt in the area where the foundation will be poured for Alexion Pharmaceuticals’ research headquarters. DeStefano noted the Alexion building was recently increased in scope from 11 floors to 13 as the company added 75,000 square feet to plans. Its construction will begin later this year and last until 2015.

“That’ll be 1,000 permanent jobs,” he said. “Now, before that is done, all the road work around the project will be completed.” 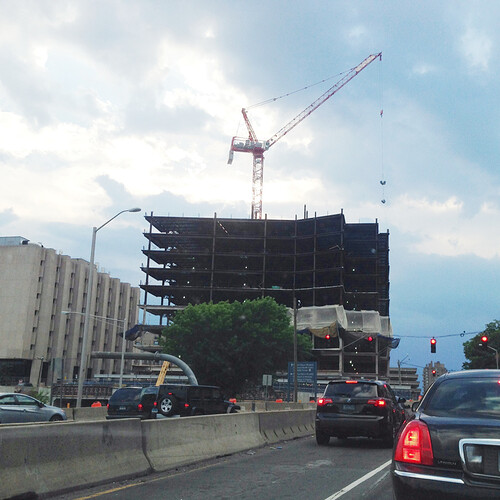 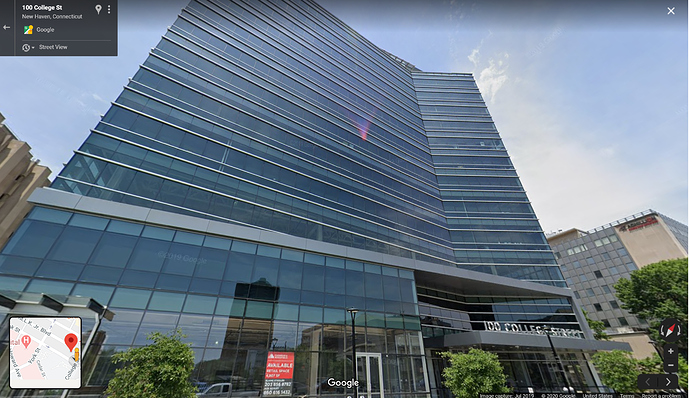 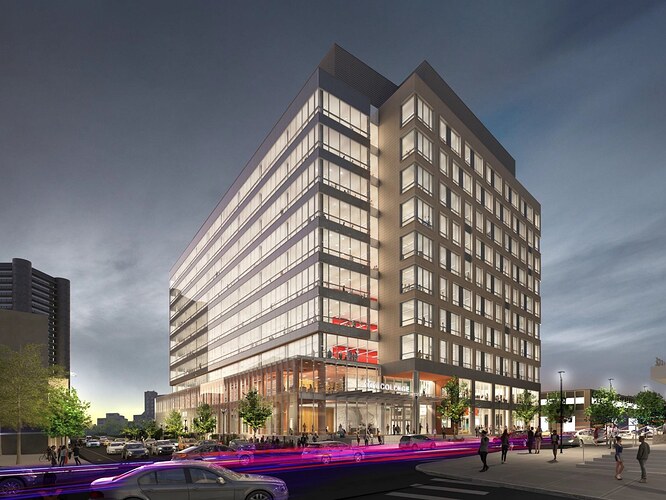 Harrison Street and Winstanley Enterprises are developing the property. 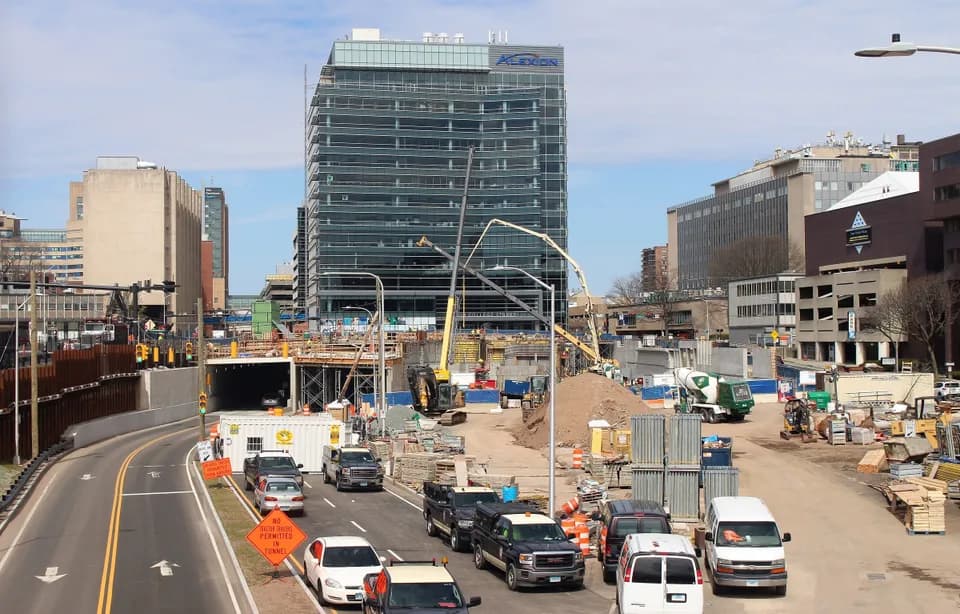 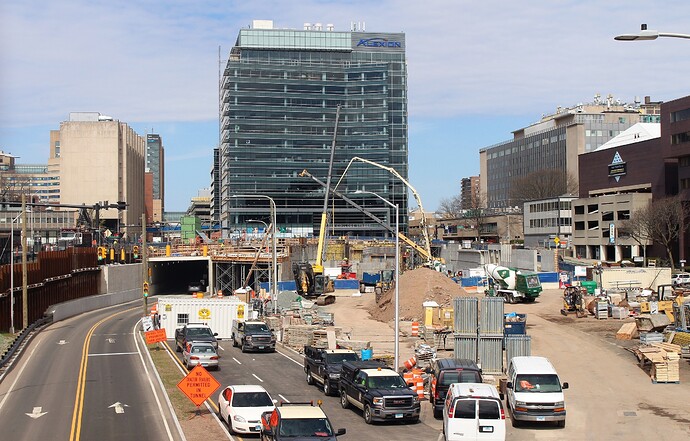 Building Permit Budget $ On The Rise

The Elicker Administration expects a $1.3 million bump in building permit revenue next fiscal year, as city inspectors take on complex -- and costly -- new buildings like the in-the-works 10-story bioscience tower at 101 College St. … 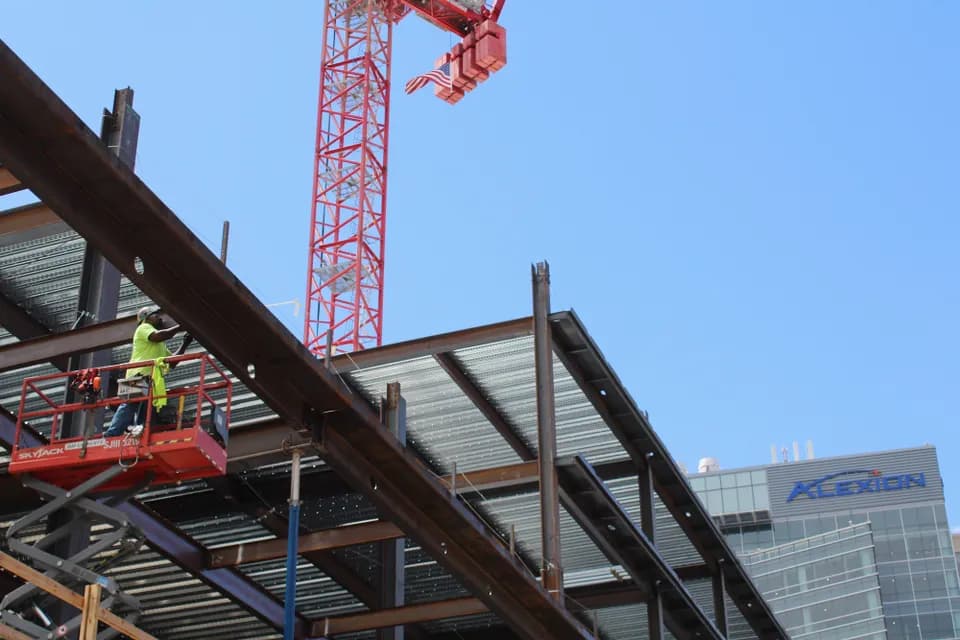 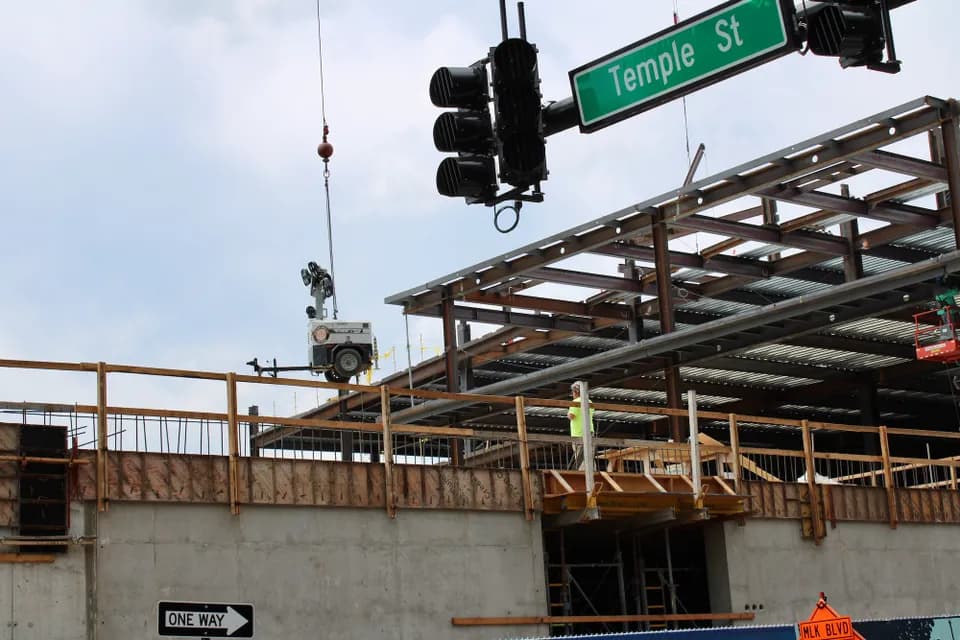 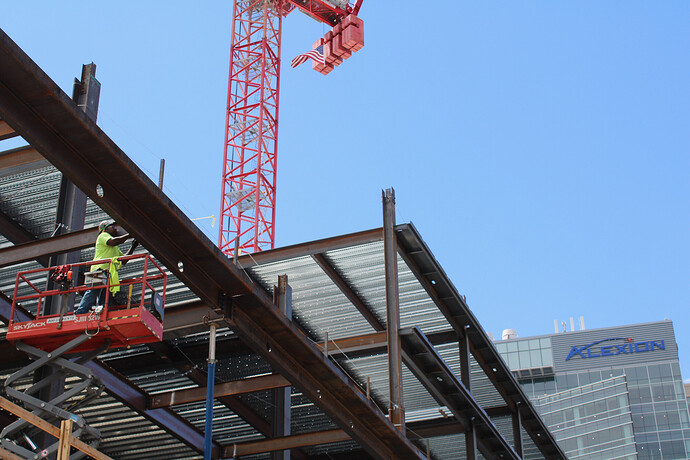 A new bioscience tower has begun taking shape, and a vision of New Haven’s jobs future along with it. …