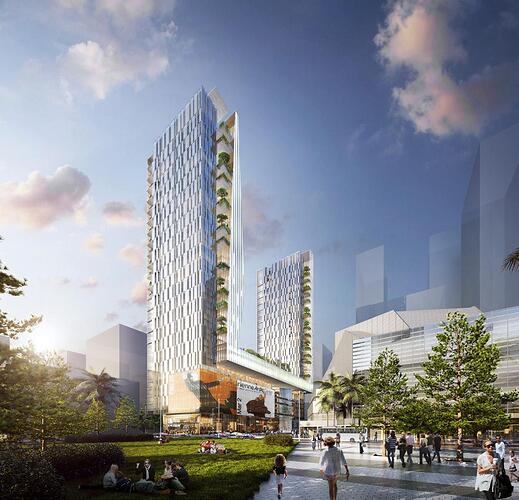 Crescent Heights is proposing a project that would be partially built on School Board land across from the Arsht Center, according to documents obtained by The Next Miami.

The developer wants to take control of about an acre of School Board land at 1370 Northeast 2nd Street, which will be combined with an adjacent lot Crescent Heights owns to form a two acre site.

Crescent Heights wouldn’t pay any cash upfront for the land. Instead, Crescent Heights will deed over 600 parking spaces to the board, which the developer says is worth $24 million in present value at $40,000 apiece (and which may later generate $40m in revenue over 25 years).

The developer intends to sign a deal for the spaces with the Arsht Center to provide parking for the performing arts hall, with revenue going to the school board.

Crescent Heights was the only company that responded to an RFP issued by the school board for the land. Bids were due on February 2. 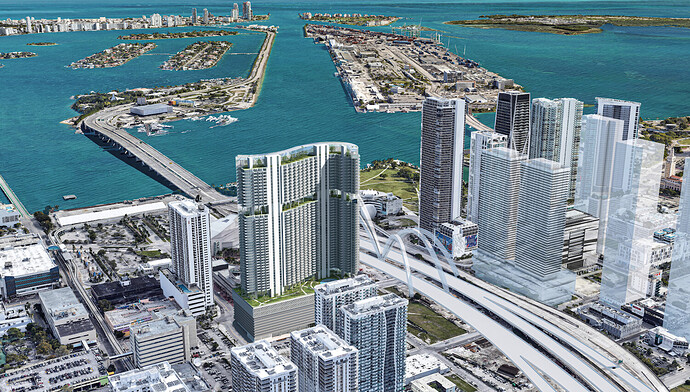 Renderings Revealed For S-Shaped 649-Foot-Tall Tower In Miami Designed By...

They could at least dress it up with murals or something.

I never understood why devs don’t do that. Is it far more expensive? It massively increases the appeal of your building even if it’s just a black concrete wall