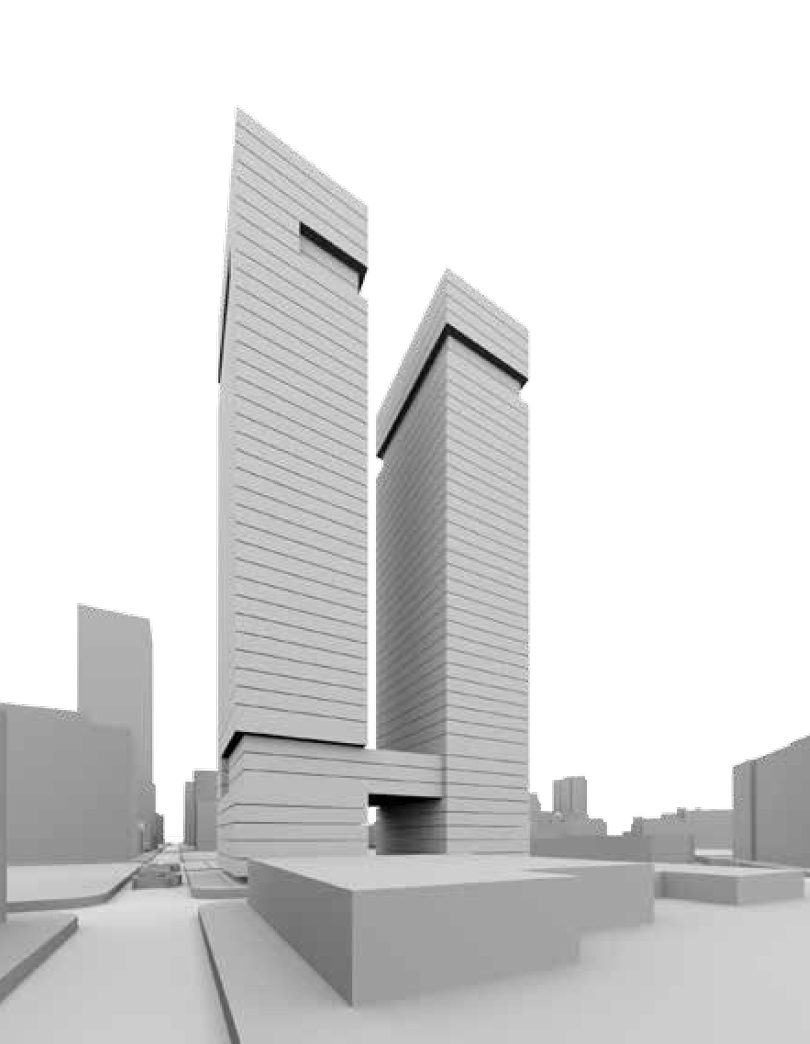 A Miami developer called Crescent Heights Inspirational Living has filed preliminary plans with the city of Seattle for a pair of 39-story apartment towers at 1901 Minor Ave. in the Denny Triangle.

The site is on the west side of Minor Avenue, between Virginia and Stewart streets.

Gensler is the architect.

The plans just filed show the smaller of two proposals the developer is considering. Crescent Heights is trying to acquire a 14,400-square-foot city-owned parcel at the north end of the block that is could use to build a larger complex.

The smaller proposal calls for two 39-story towers containing about 600 apartments. The towers would share a podium, including three levels of below-grade parking for 458 vehicles.

The image here is a massing study that shows the approximate size and volume of the project, but not the final design.

A city design-review board will have its first look at the plans during a meeting tentatively scheduled for 5:30 pm. June 2 in Seattle City Hall, Room L280.

Minutes from a meeting last week with the architect, developer and city planners note the design team was encouraged by planners to work with structural engineer Magnusson Klemencic Associates to add some pizazz to the design.

“Dramatic design is encouraged in Denny Triangle,” the minutes say. “Most projects proposed there tend to be very basic and boxlike, with little relief.”

A design guidance meeting for the larger proposal is likely to be scheduled for a later date.