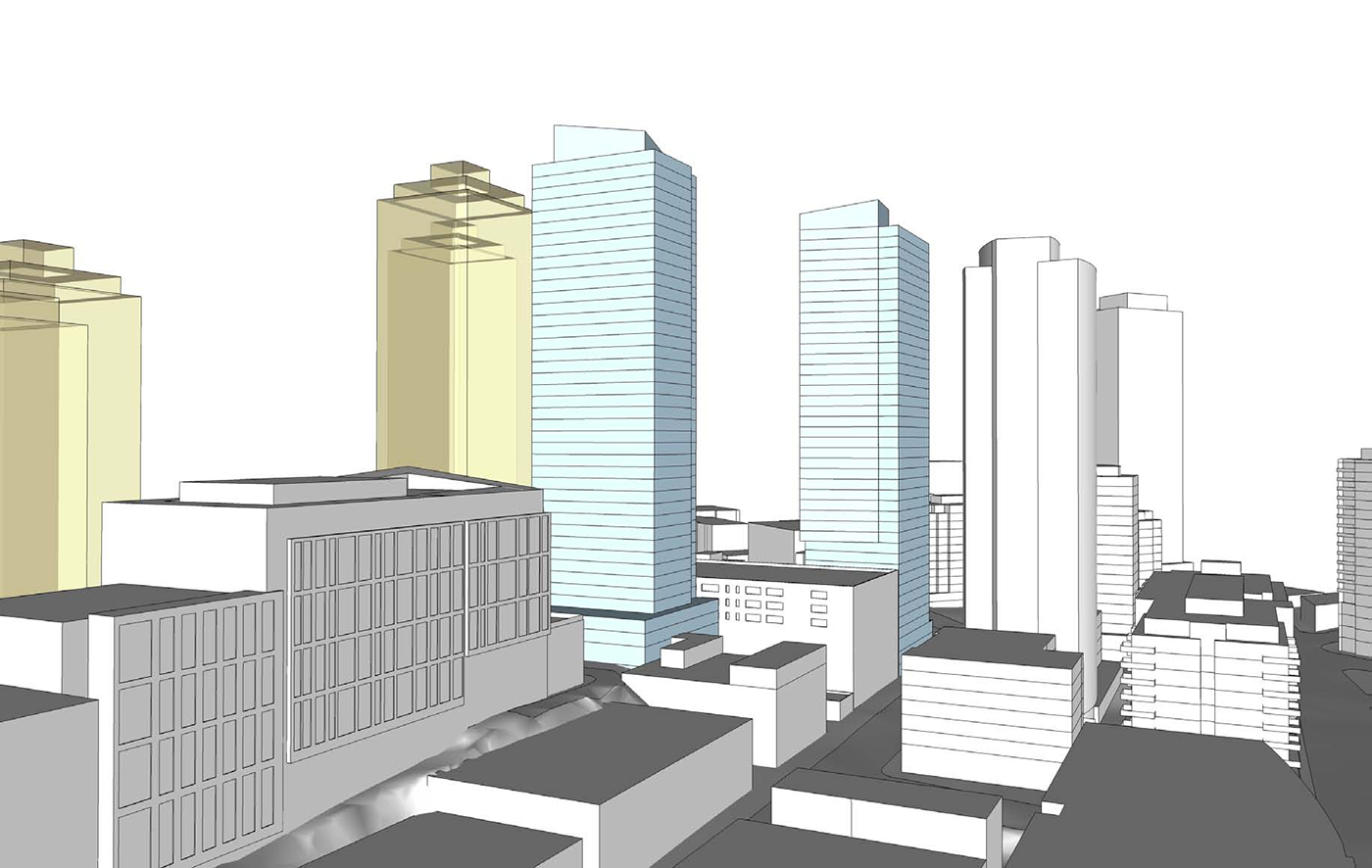 H5 Capital wants to build two 42-story residential towers with 420 units in each, for a total of 840 units. Each tower would have underground parking for 350 vehicles. One tower would have 3,500 square feet of street-level retail.

The site address is 121 Boren Ave. N., and the block is bounded by Boren, Denny Way, John Street and Terry Avenue North. John Street is at the north end of the site, but doesn’t cross all the way through the block.

The 86-year-old Seattle Times building would remain, along with a smaller 1960s addition on the southeast corner of the block. Both buildings received seismic retrofits and other substantial improvements in 2003.

A neighboring single-story structure to the north that houses 13 Coins Restaurant would be demolished.

VIA Architecture is the designer.

A city design-review board is tentatively scheduled to get its first look at the proposal at 8 p.m. Oct. 7 at Queen Anne Community Center.

Josh Simms, a partner at H5 Capital, wasn’t immediately available on Wednesday to comment on the project.

In a document filed with the city, VIA Architecture described The Seattle Times building as a character structure that would be retained for commercial use. The Times leases space in the building for its main office.

Early design plans show a pair of slender towers situated on opposite corners of the property, one at the southwest corner and the other at the northeast corner. Both towers would have a maximum floor plate of 10,500 square feet and would be set on 45- to 65-foot podiums.

The towers may have plenty of company. The site is in the middle of a four-block stretch on the north side of Denny Way where as many as 3,268 other apartment units are in the works.

H5 Capital’s towers should have lots of company. More than 3,200 new apartments already are in the works on this stretch of Denny.