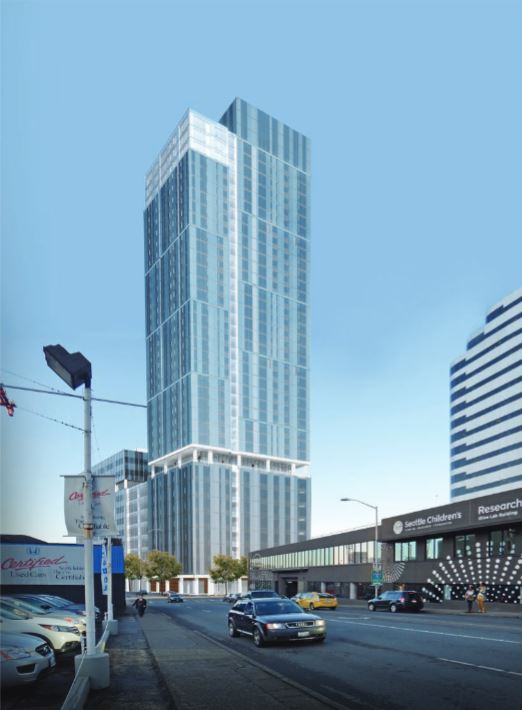 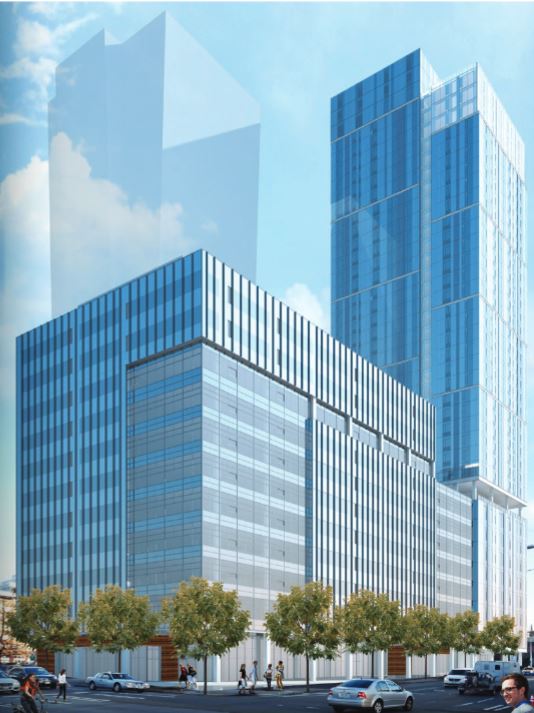 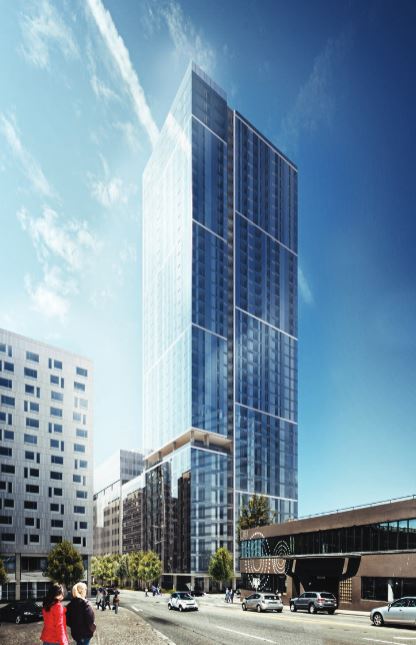 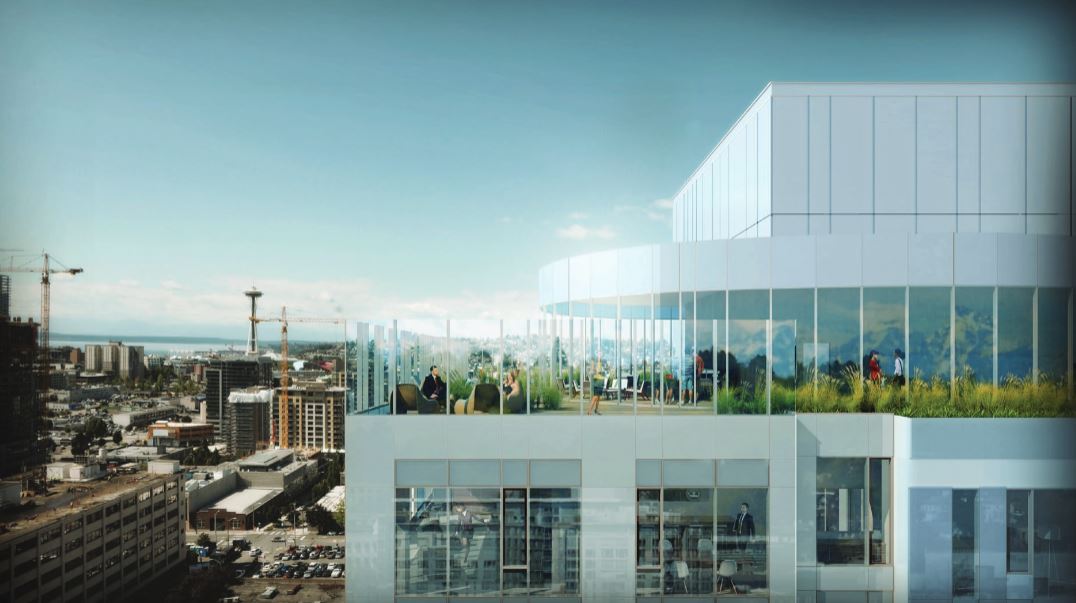 Touchstone Corp. wants to turn parts of Boren Avenue into a gateway between Capitol Hill and South Lake Union, and its latest project — an 11-story office building and 36-story residential tower called Tilt 49 — will be a big part of that change.

The site is at 1812 Boren Ave. between Stewart and Howell streets. Tilt 49 will have 307,000 square feet of office space and 368 residential units, with 532 parking spaces on five-and-a-half underground levels.

Project documents show retail along Stewart Street and three small “pop-up” spaces along Boren, one of which is depicted as a flower shop in architectural renderings.

ZGF Architects is designing Tilt 49 and Swift Co. is the landscape architect.

A design review board is set to make a recommendation at a meeting that starts at 7 p.m. Tuesday at City Hall, 600 Fifth Ave.

Touchstone’s A-P Hurd declined to comment on the project.

With Tilt 49, Touchstone is doubling down on its vision for Boren. The developer is building Hill7 across the street from the Tilt 49 site at 1821 Boren Ave. Hill7 is a 14-story hotel and 11-story office tower.