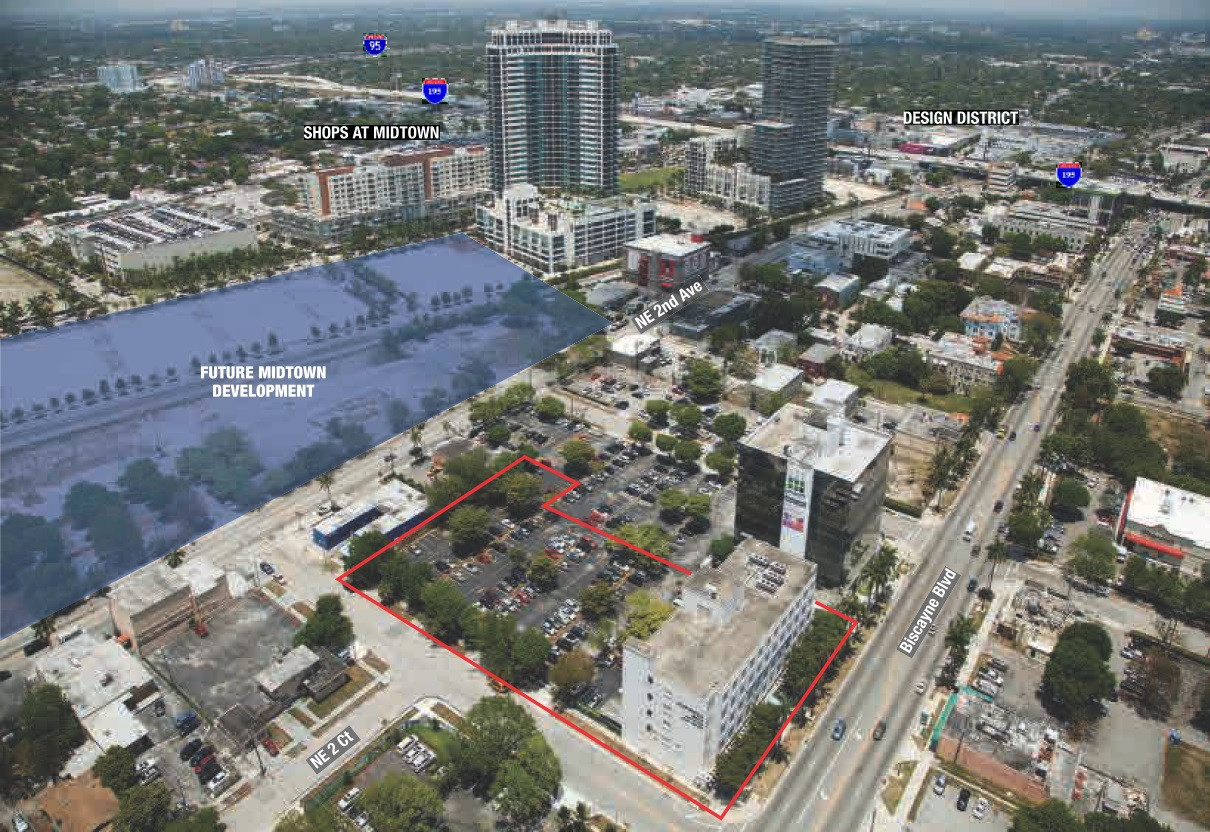 An office building at 3000 Biscayne Boulevard was sold to an affiliate of Crescent Heights for $19.2 million. The sale closed last week.

The developer now owns about 4.6 contiguous acres. The newly purchased property is about 1.5 acres, while the adjacent 3050 Biscayne property that the developer bought in 2010 from Leviev Boymelgreen is approximately 3 acres.

Crescent Heights is headquartered just down the block at 2200 Biscayne Boulevard.

PDF: ( Contains information on the site, and the zoning potential; up to 793k sq-ft)

Shopping Center & Office Tower in The Works At 3000 Biscayne 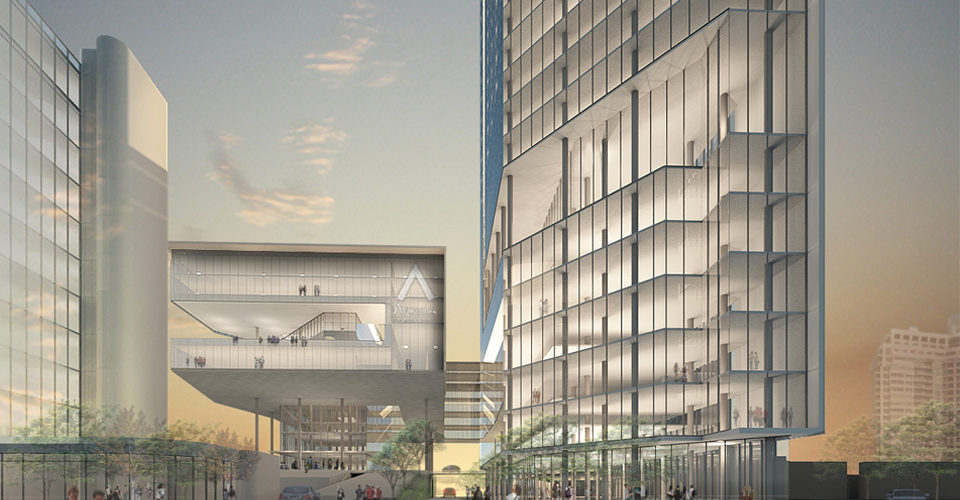 A mixed-use retail and office project could be in the planning stages at 3050 Biscayne Boulevard.

Crescent Heights, the company that owns the land, posted renderings of the new development on their website. A caption under the rendering cryptically refers to 343,000 square feet of retail, along with 180,000 square feet of new office space (an existing office building on the site is about 90,000-square-feet.)

The developer controls nearly the entire block, or about 4.6 acres of land. They bought a 1.5-acre site at 3000 Biscayne last October, and already owned the adjacent office building at 3050 Biscayne.

Although headquartered in Miami, Crescent Heights hasn’t been known to build large-scale projects here, even though they have done so in cities throughout the country. Instead, most local projects have been lower-risk conversions from rentals to condos, along with some small-scale development.