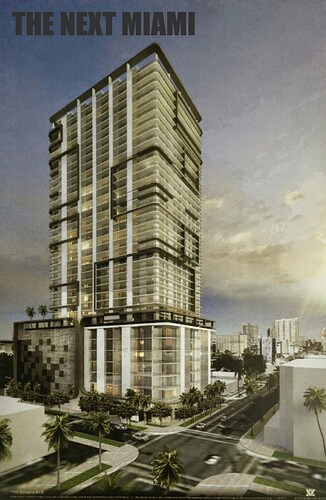 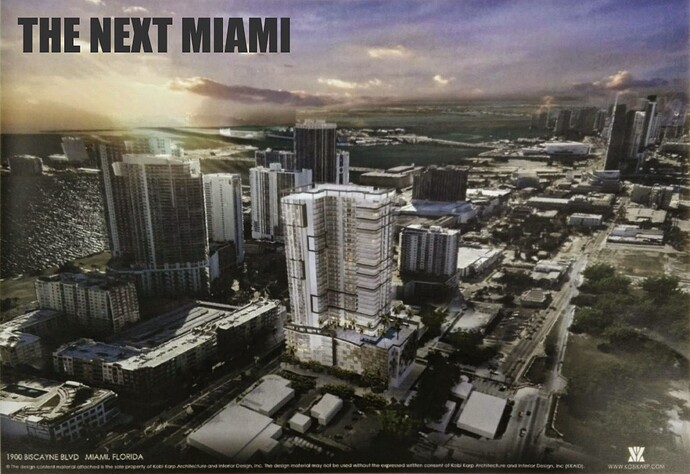 Atlas bought the property last year for $13.6 million, with a $7.6 million loan.

Atlas is building close to the maximum permitted on the site. Plans call for 429 units, which is less than the 502 units that the zoning code permits on the lot. Miami 21 allows 500 units per acre, and the property size is just above one acre.

Under Miami 21, 36-stories is the maximum base height permitted on the site.

At the ground level, there will be nearly 13,000 square feet of retail space. Parking spaces for 620 vehicles will be provided.

Kobi Karp, whose office is down the block at 29th and Biscayne, is the architect.

It looks like more great architecture is in the works for this location on Biscayne Bay! I enjoy the contrast of black on the white balconies and the play of square on its modern facade!

This was canceled when it was sold.

Now the parcel is back.

Kushner Companies, which was once run by President Trump’s son-in-law Jared Kushner, has big plans in Edgewater.

The company is now planning a twin-tower rental apartment project at 1900 Biscayne with around 700 units, the developer told The Real Deal.

Across the street, Kushner will soon break ground on a tower at 2000 Biscayne with 400 units, bringing the total on both sides of the street to 1,100 units. 1900 Biscayne will be built as a second phase to the project.

Both properties are in an opportunity zone.

2000 Biscayne is expected to cost $160 million to build. The developer expects to achieve over $3 per square foot in rent by providing amenities that are superior to competing apartment buildings.

At 1900 Biscayne, a 36-story tower designed by Kobi Karp was once planned. The single tower design is now being scrapped in favor of two towers.

Kushner is also planning an apartment project in Wynwood. The 2000 Biscayne and Wynwood projects could break ground around the same time in the first half of next year. 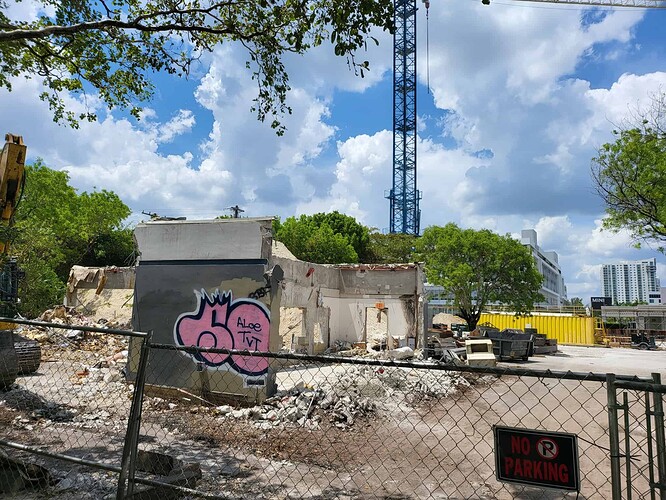 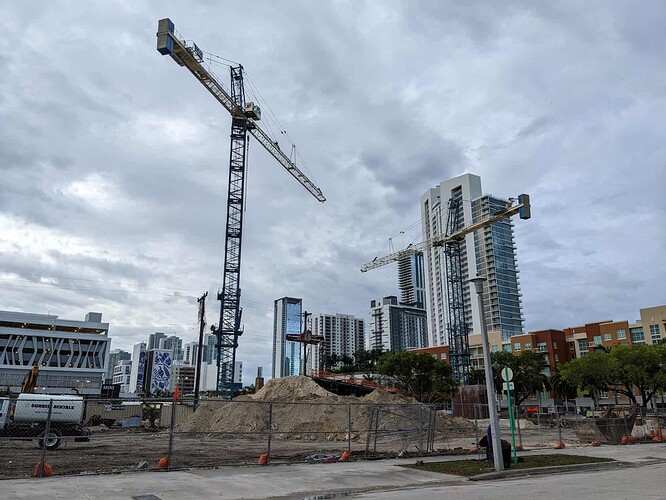