Here’s the thread for the other proposed tower in some of these renders:

Less than a month after announcing proposals for 1,400 apartments in Manchester’s Castlefield, Renaker Build has outlined plans for Exchange Court, a 44-storey building in Greengate, Salford.

Renaker, is due to submit a planning application at the end of February for 350 one-, two- and three-bedroom apartments on a 0.5-acre triangular plot between the River Irwell and Trinity Way, within the Greengate development area.

The scheme will be targeted at the private rented sector and will include amenities such as a gym and a rooftop garden.

Exchange Court will be built next to Norton Court, a 34 and 14 storey scheme which was approved at the end of last year. Proposed by developer Silverlane, and designed by Jeffrey Bell Architects, Norton Court will total 300 apartments.

As you can see in my render, the Greengate cluster is starting to make an impact, with this tower being the tallest in the said cluster Looks like it will be one of the tallest in Manchester once completed?!

If all the recently planned talls go ahead, it should lie between 6-8th tallest upon completion

At the moment however there is only one completed building taller than it; The Beetham tower at 169m

Looks like work has started on site! Renaker do not mess around: 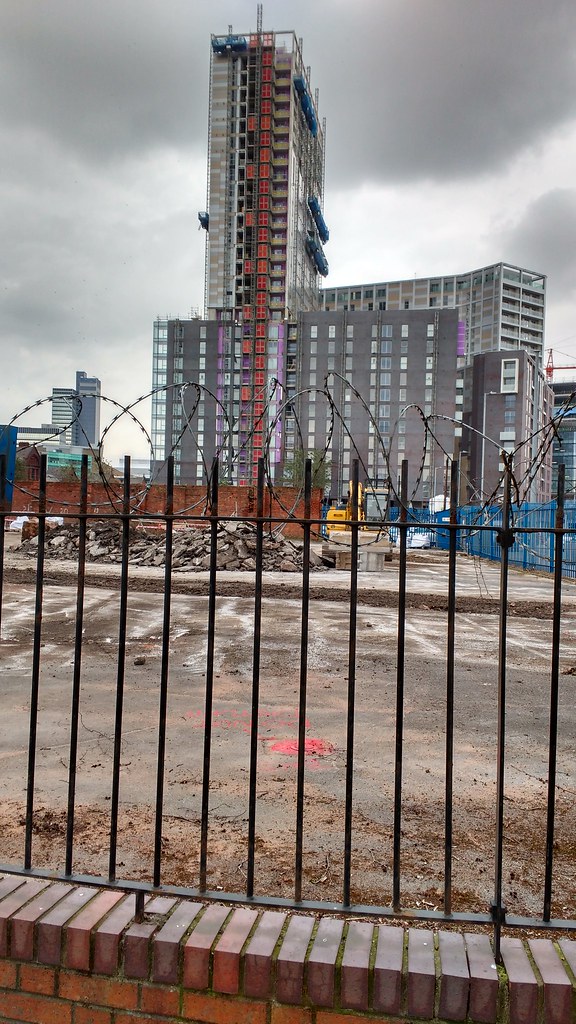 This is officially underway!

The race is on between this and Owen Street to have the title of the 2nd tallest building in the city. Owen Street will eventually become the tallest, with Exchange Court to sit in 3rd for a short while before further phases of OS and other projects lift off. Exciting times!

Photo taken by me:

A tower crane is being erected on site as we speak.

An article in Place North West has been released based on my photos of Manchesters construction progress.

More in the link below:

Ed Howe and Izaak Sabo endured the heatwave to hike around some of the most prominent developments in Manchester and Salford, producing a snapshot of the bulging cityscape as the prolific development cycle takes form.

Another one taken by me from the articme above: