Second Phase of The Oakman

Like the first phase, the design for the second comes from New York-based Fogarty Finger Architecture. It will rise 13 floors to 135 feet, using grey brick and large glass windows on its exterior. Renderings show a large, analog-style clock on an upper portion of the building, which will face the massive Metro Plaza redevelopment project.

175 2nd Street will also feature over 4,600 square feet of ground floor retail split between two storefronts, one facing 2nd Street and the other along Marin Boulevard. The 2014 version of the project called for 138 units, but the latest approvals upped that number to 150. There will be 91 one-bedrooms, along with 12 studios, 43 two-bedrooms, three three-bedrooms, and one four-bedroom penthouse. 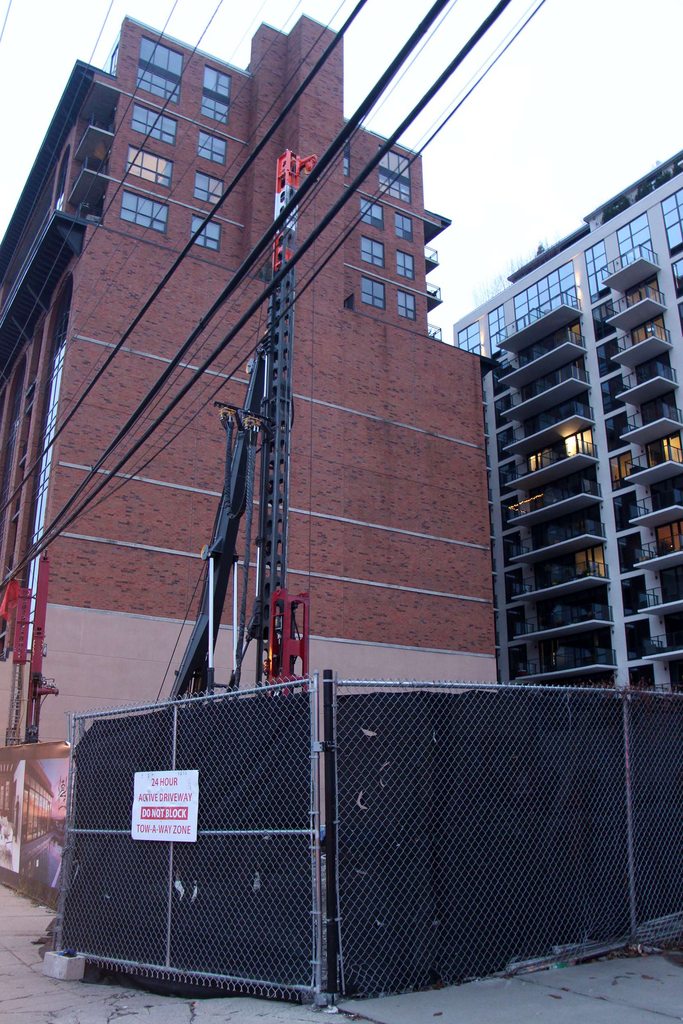 Piling has been ongoing

On the third floor: 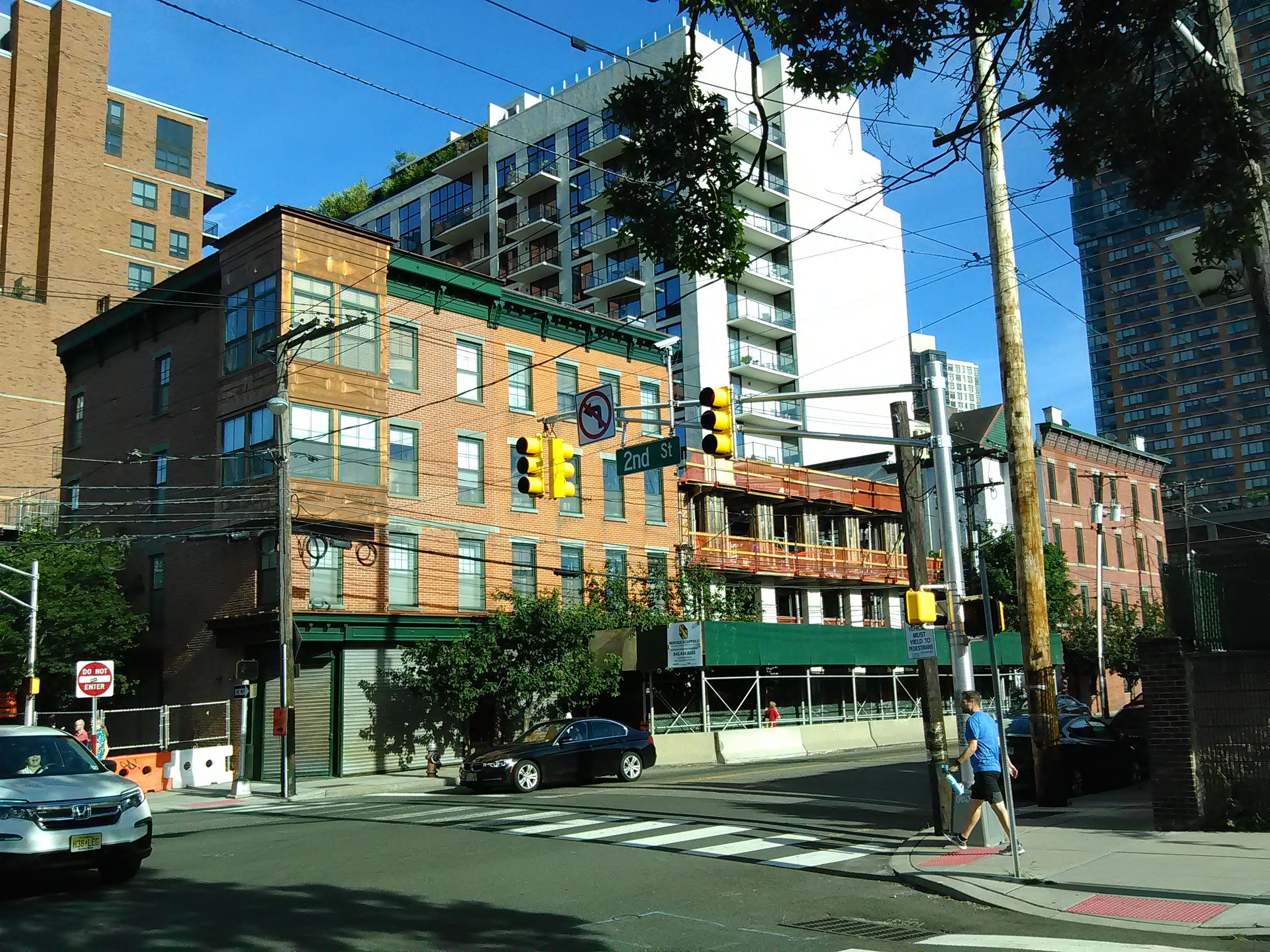 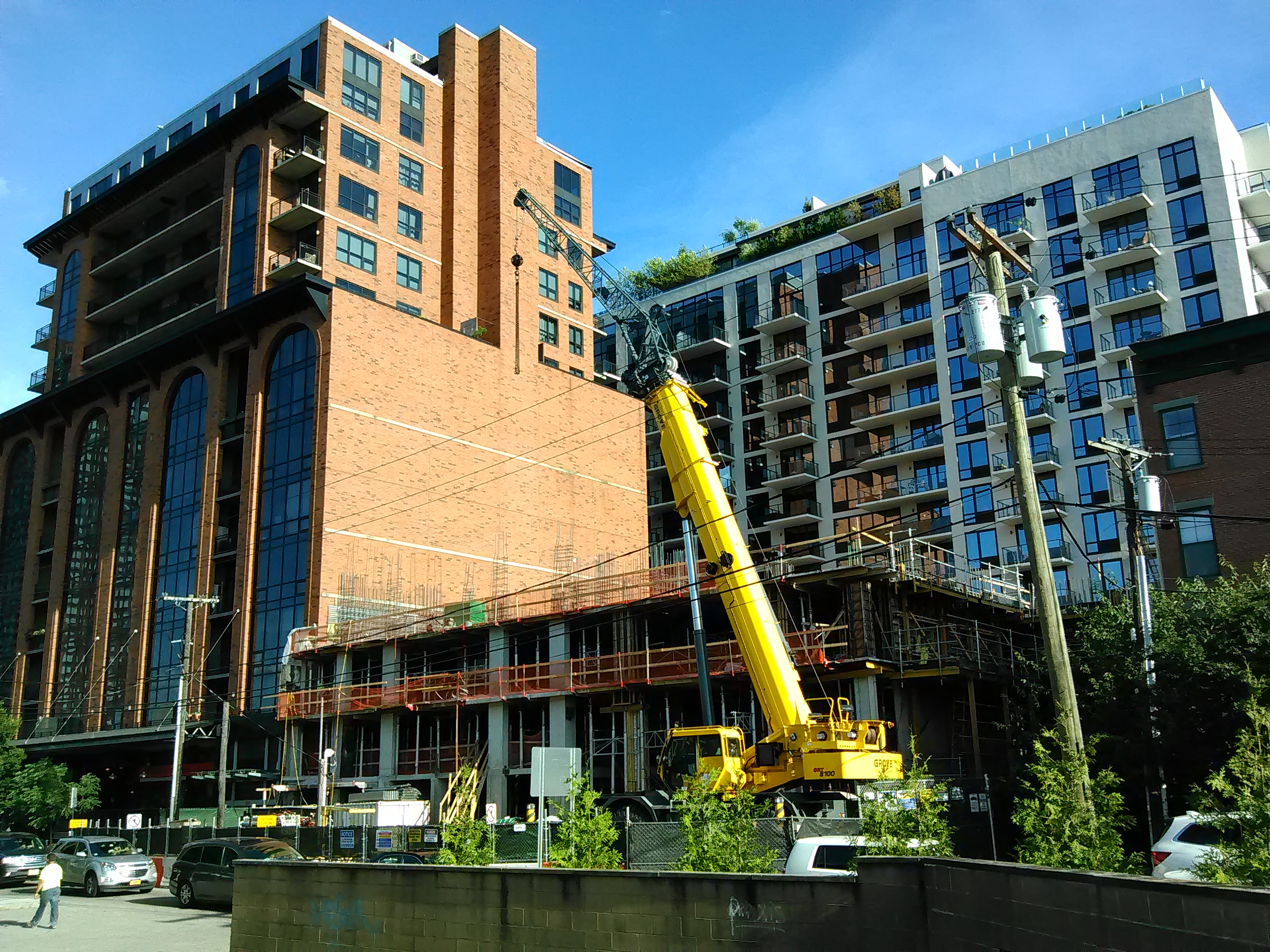 Not sure how long ago this was taken but the angles of the photos are great. Sprung up fast

In the background. The site of the future 50 story Laurel Saddlewood development is in the front.

Moving along. Most progress is probably on the interior right now, although they have been doing some work on the roof

Should be going up soon

Cladding is finishing up on the rightside portion. Looks good. The clock is also being worked on.

And with a few others

DVORA 175, a 14-story residential building at 175 Second Street in Jersey City, will begin leasing a collection of 148 rental properties this September.

You can see the outline of the clock

from a month ago - almost done