This could be a big one for Boston. Numerous bids. Here are some of the designs thus far. More bid renderings in the credit link. See below. 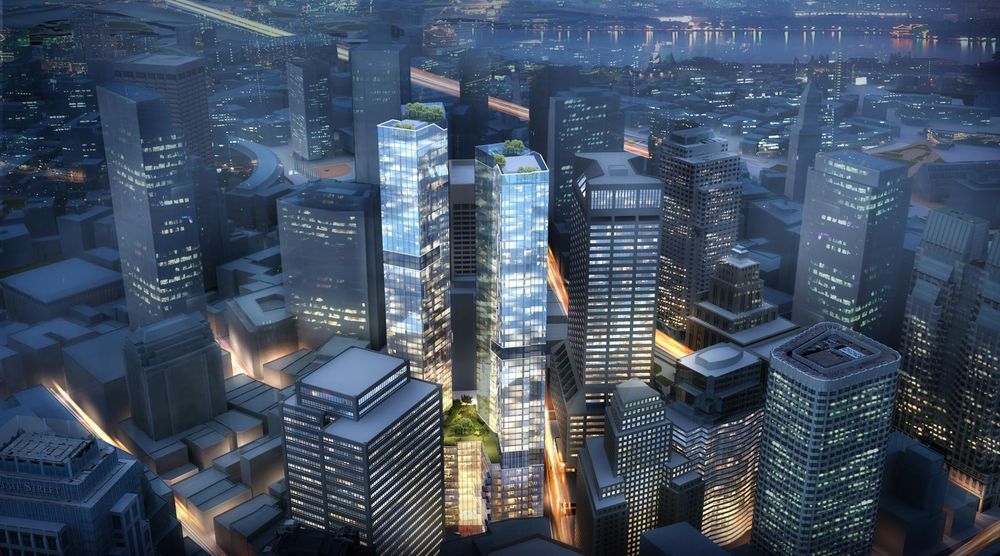 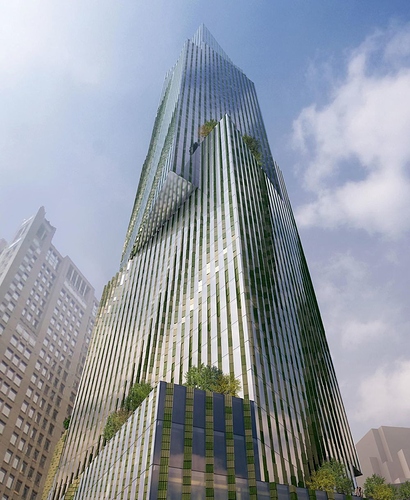 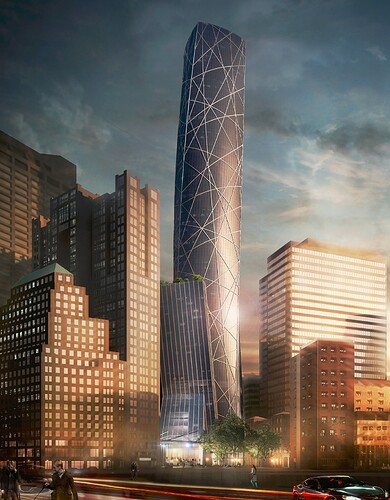 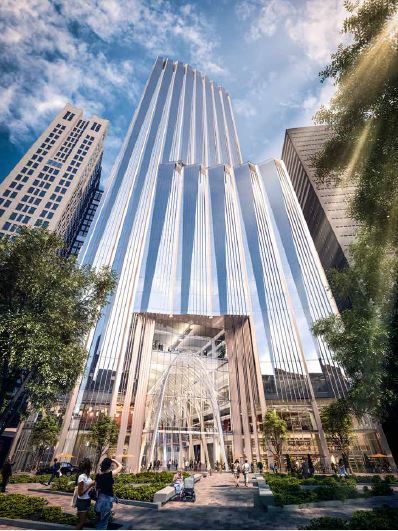 As previously reported, their proposal calls for a 65 story, 750-feet high building that’s largely the same as the other ones they’ve built over the years. It would have three levels of underground parking, for a total of 550 spaces. At the ground level would be the Great Hall, providing a pedestrian route from Federal Street to Devonshire Street with retail and performance space. There would be two more levels of retail spaces, 14 of office (including seven in a solarium), 14,620 square feet for a business accelerator and topped by 36 floors worth of residences, for around 300 apartments. 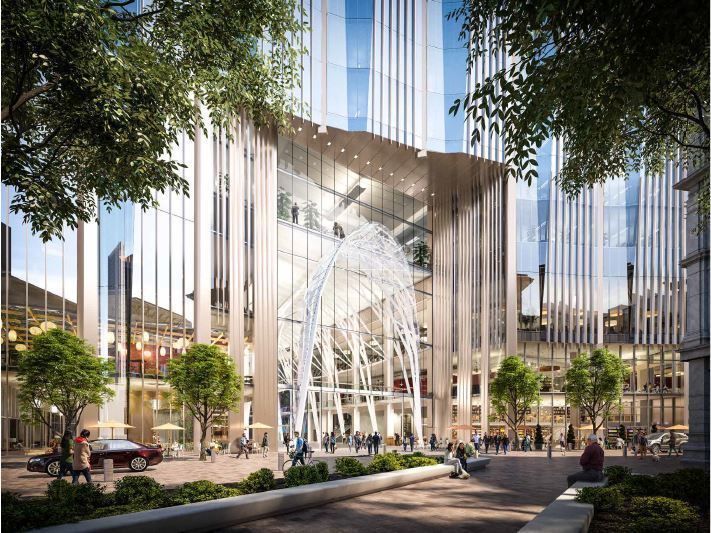 The Great Hall is the really interesting feature. Many of its details were inspired by Bates Hall at the Boston Public Library and it should do a decent job of activating the streets it fronts. How they program it and allow it to be used will be the key there.

Unfortunately, 550 parking spots is a black mark. The closed garage had 435 and Downtown hasn’t become a ghost town without them. There’s no reason to build more.

Moved to existing thread. Great news though on the bid that was accepted.

Is this likely to be built ?

Walked by yesterday. The parking garage is boarded up but no activity. 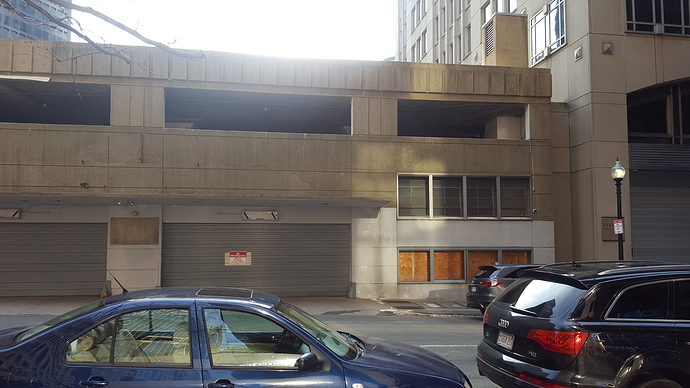 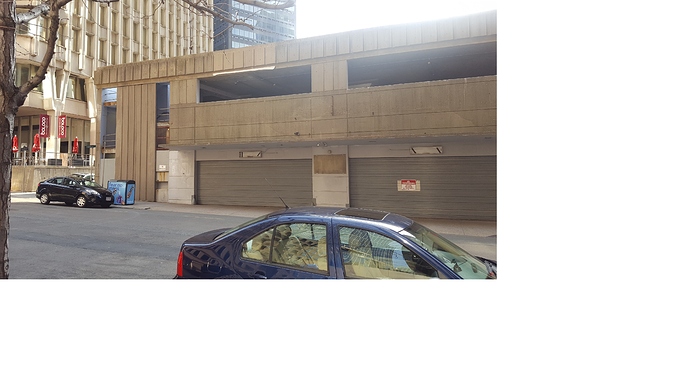 I’m calling this the Bernie Tower 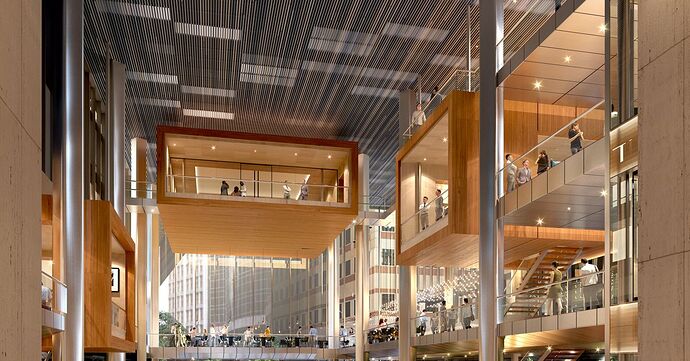 Winthrop Square tower renderings show a still-sizable spire, whatever the...

Recall that developer Millennium Partners recently shrank the height of the proposed spire to 691 feet from 702 feet because of concerns over shadows it might cast and its impact on flights in and out of Logan. 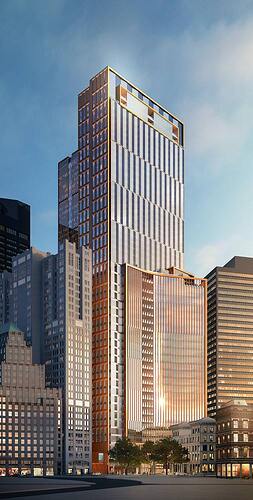 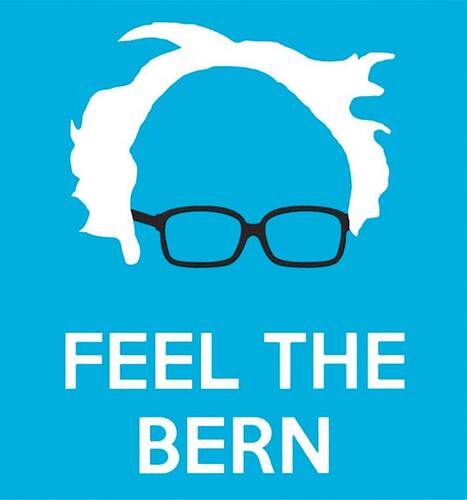 Does anyone else get claustrophobic just thinking about this area? Assuming you're focusing on the Winthrop Sq. side (with Federal St. being a very roomy boulevard), I actually find it to be incredibly charming--an urban oasis or sanctuary. The... 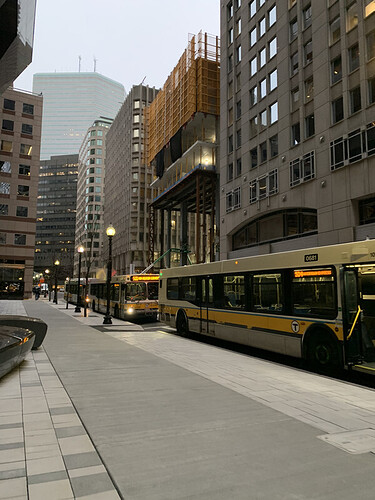 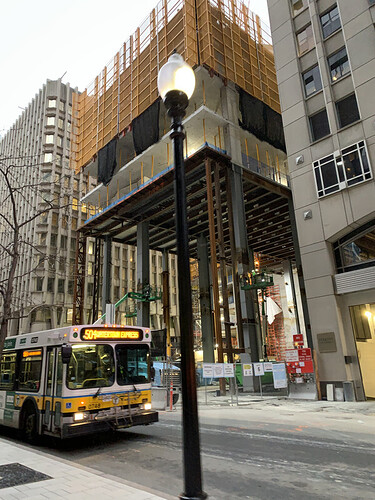 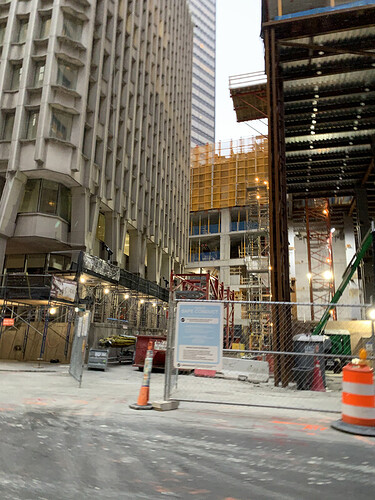 no more glasses up top 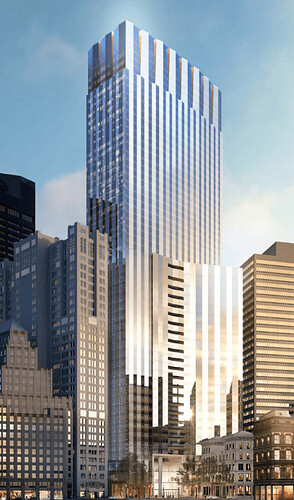 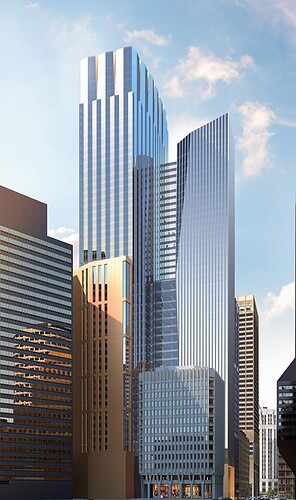 This will add bulk in a central portion in the city. It’s good because to me the Boston skyline has a gap tooth quality, like Los Angeles used to be. 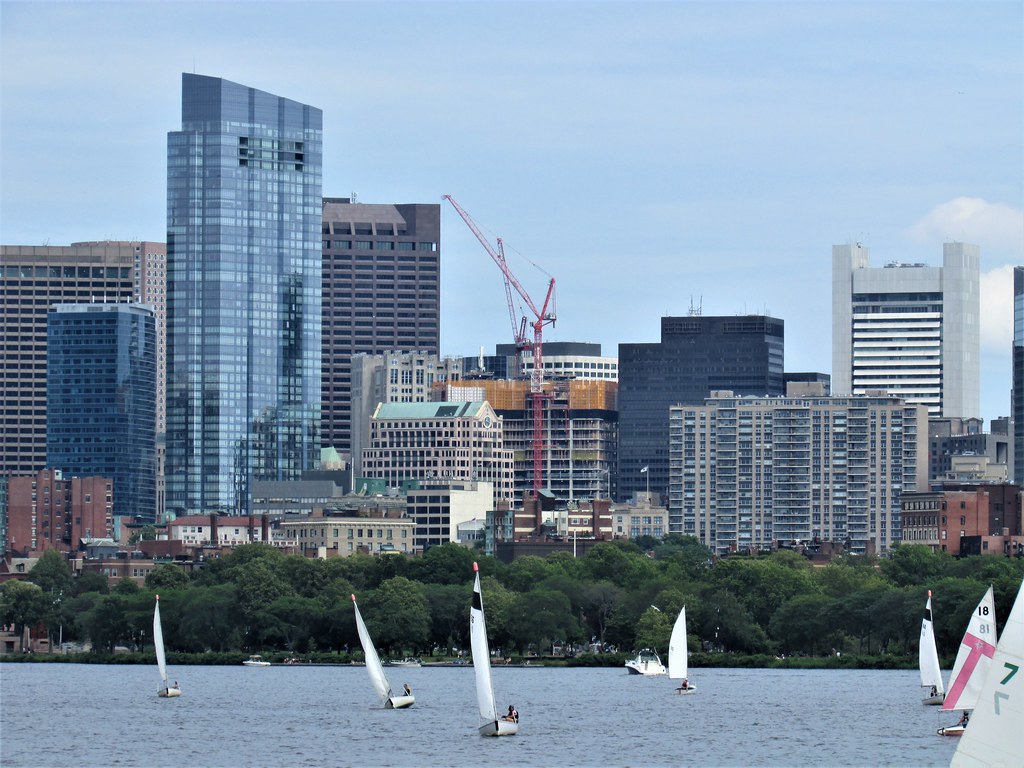 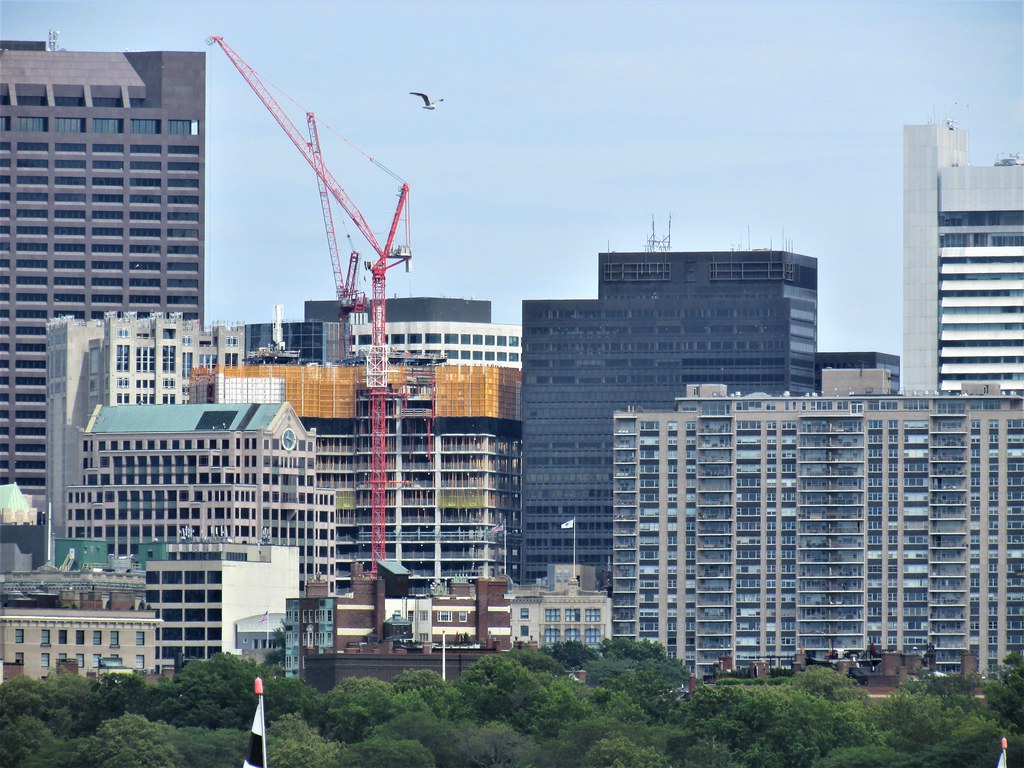 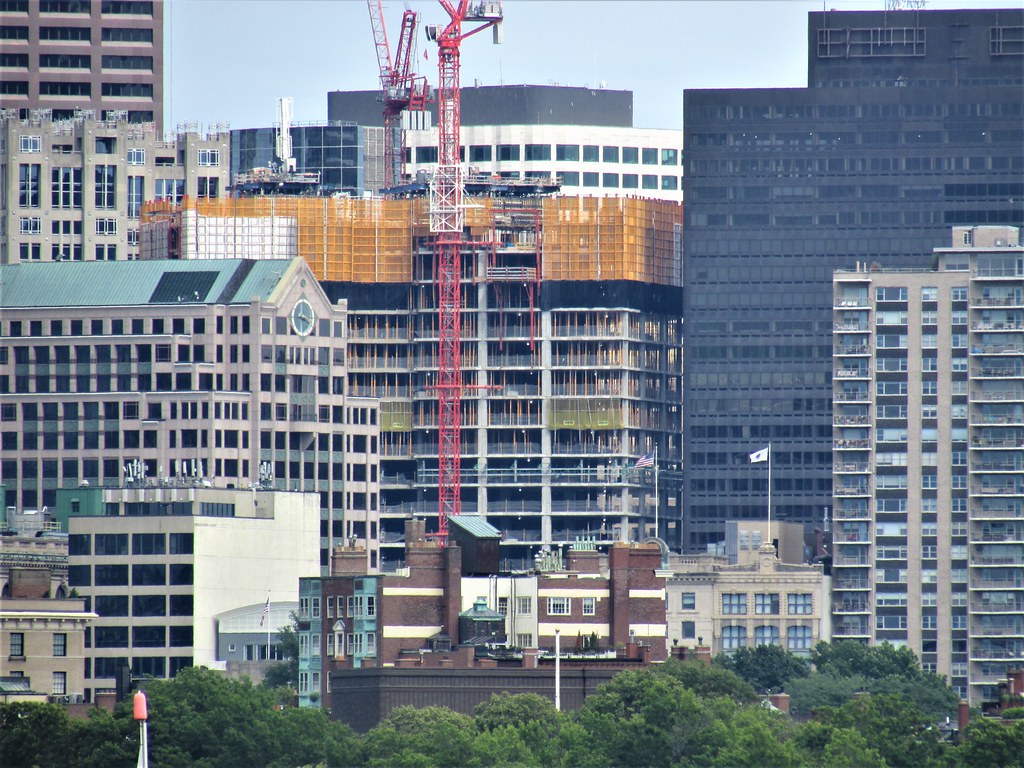 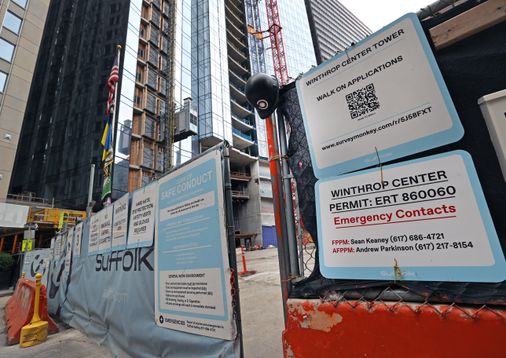 Another financial firm says it'll move into what will be the Financial District's tallest building.

there’s no way something with this much glass can be considered passivhaus. Laughable. If it is then the standards have slipped. 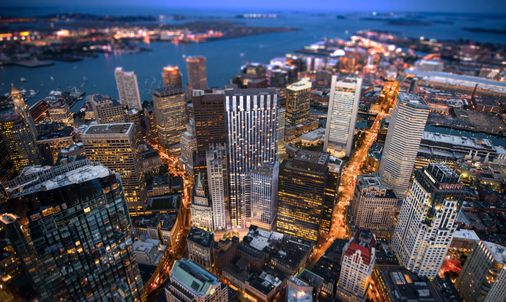 The global consulting firm will take 95,000 square feet — roughly two and a half floors — in the tower.