It has gotten to be a bit much on this site. this is “forum.newyorkyimby.com” yet in the past 3 hours there has been postings on 22 different threads of which only 7 have to do with New York.

Can we please return to the original topic? Thank you

This tower could make the Austin skyline a rival to most U.S. cities

That’s true, but two more Supertalls could be added in Austin.

?
What would those be?

1,240 ft for a city the size of Austin? That’s pretty insane.
Pretty sure if built that’s the tallest outside of NYC and Chicago

And also the tallest outside of Los Angeles and San Fransisco, as well as the tallest in Texas

“Houston, we have a problem. We are lacking in height here and we are losing”

Concrete is arriving on site while rebar continues to be formed into caissons.

The crane base for the first of three Luffing cranes is in place. Photo by corvairkeith in the main thread for this project in the Austin subforum. 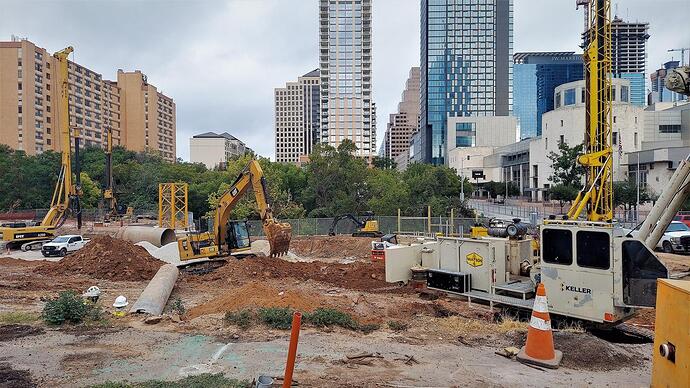 Crane #1 is going up today. 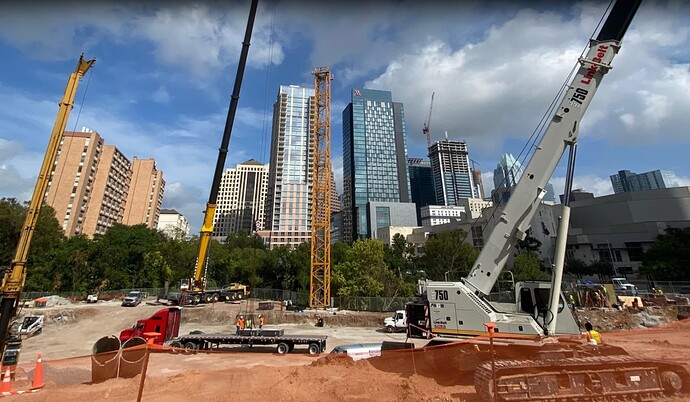 r/Austin - Several cranes going up today for 98 Red River. These will soon... 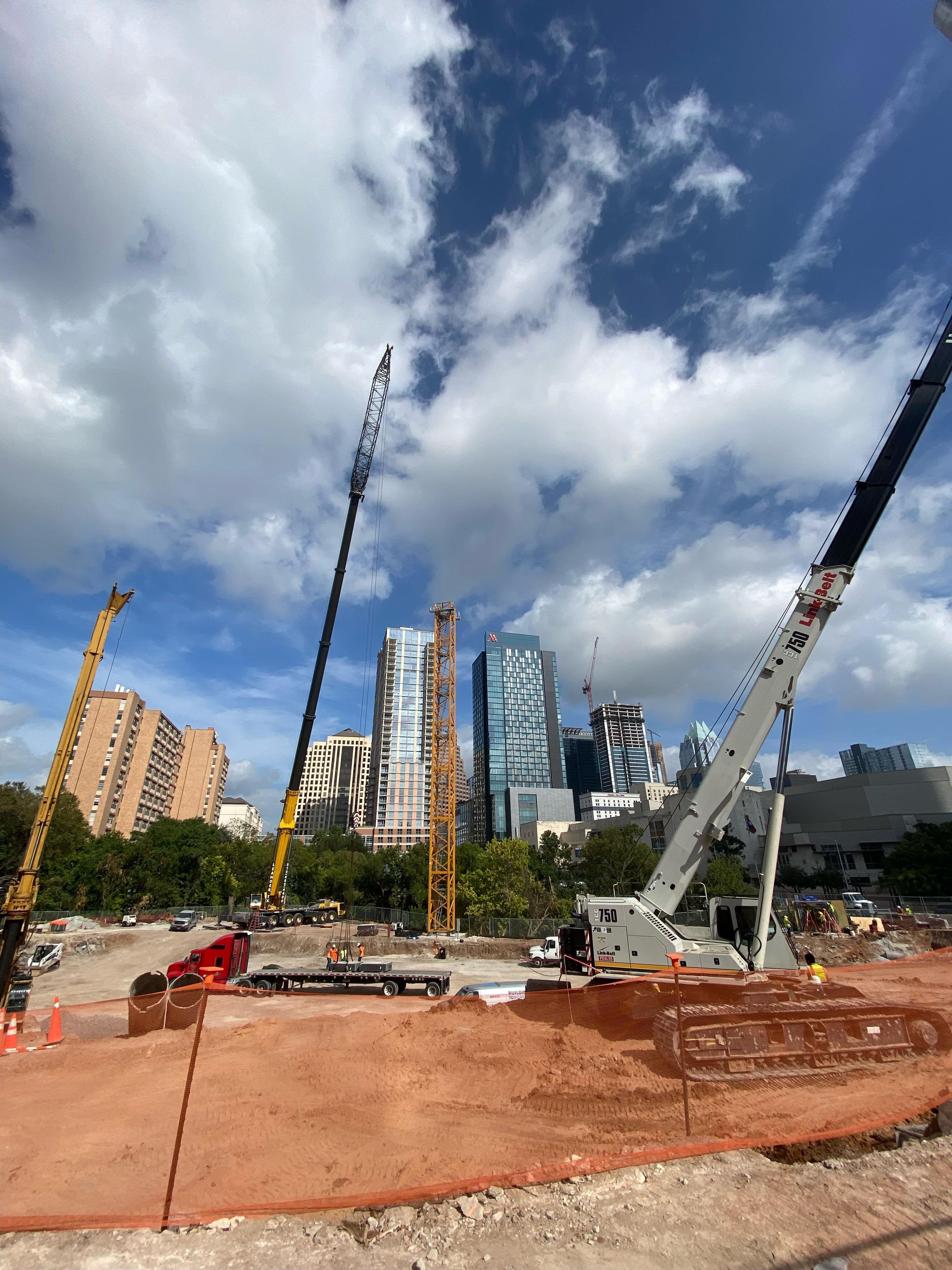 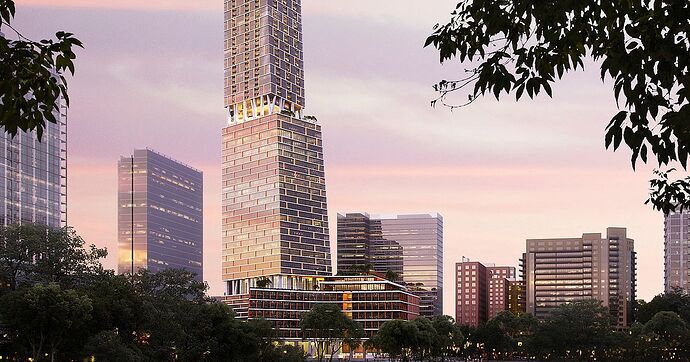 Overlooking Austin’s Lady Bird Lake, the Waller Creek Project embraces its natural surroundings through its form and expression, taking inspiration from its namesake. 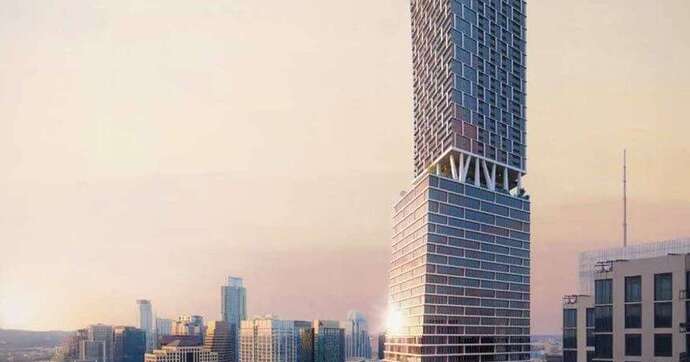 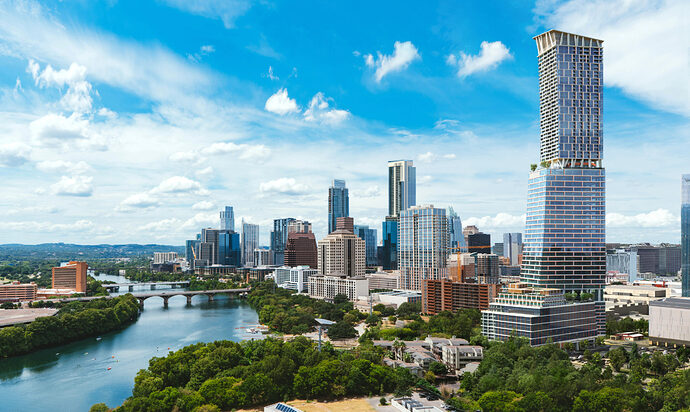 After nearly two years of leaked renderings, city permit filings, and other eyebrow-raising scraps of intel, the news is finally here in official form: the tower planned in downtown Austin at 98 Re…

The official building’s name is Waterline. It is scheduled to be completed sometime in late 2026. 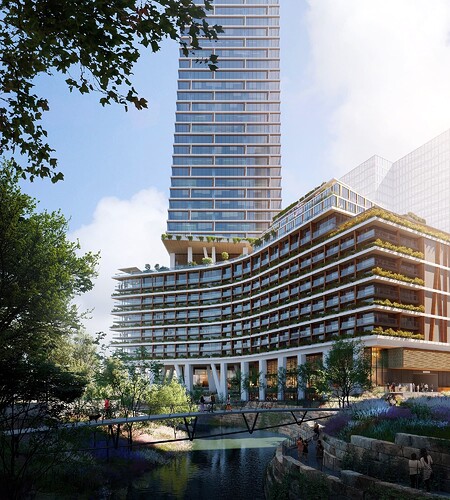 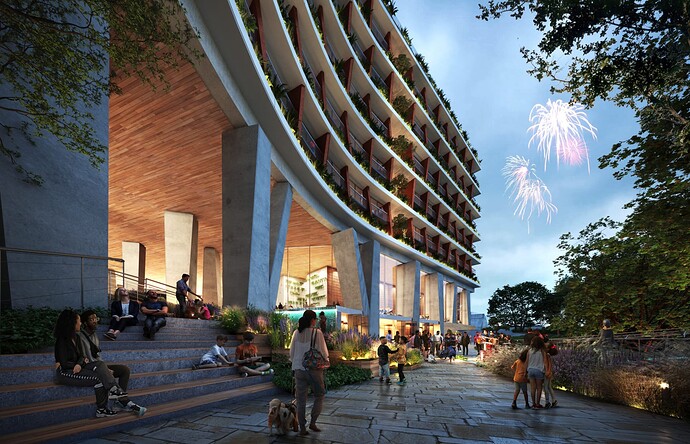 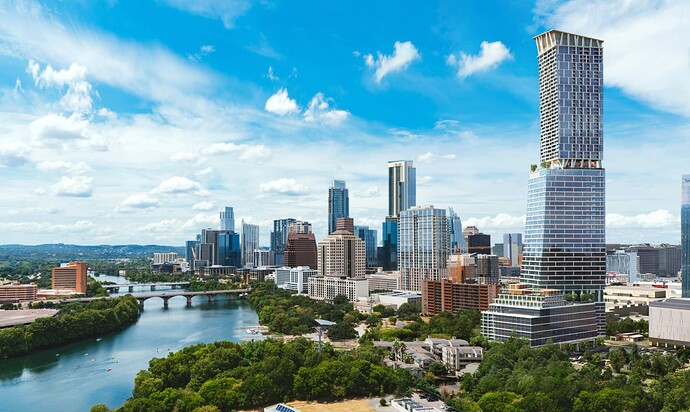 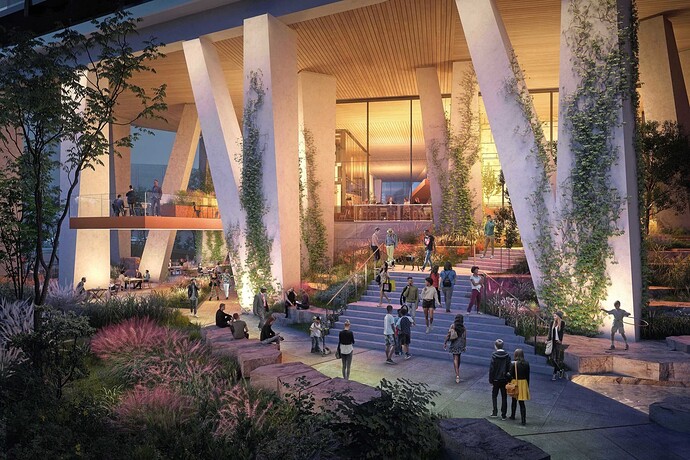 This building is very nice. Hopefully Austin gets those other 2 potential supertalls as well. 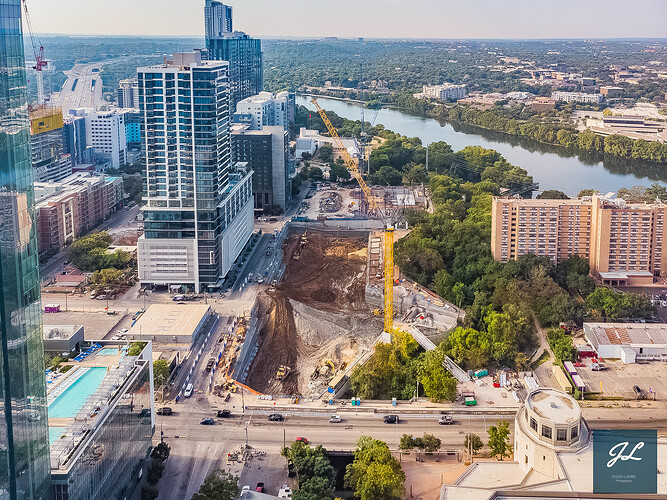 "Cross posting this amazing photo of the site. Also U/C in the photo: The Travis 594’ (directly behind Waterline) Vesper 452’ (yellow safety wall to the left) Modern 658’ (to the right of the brick low rise) Fairfield Inn 192’ (the white one behind Vesper) Cambria Hotel 175’ (blue densglass behind Fairfield) River Street Residences 500’ (directly behind Cambria)" [image] url]DJI_0219-HDR by Jason Luebbe, on Flickr[/IMG] Per IluvATX