time for this exciting redevelopment project to get its own thread. 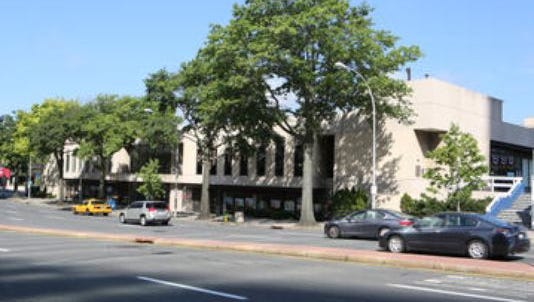 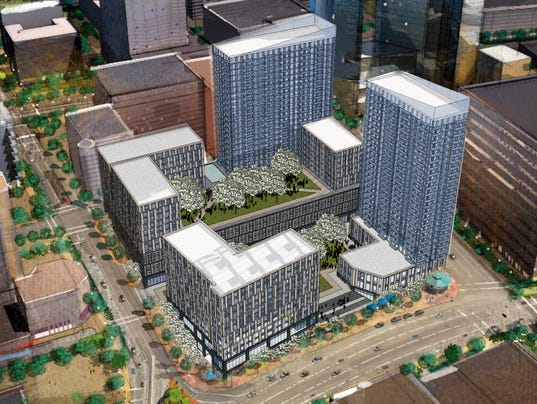 The redevelopment proposal, designed by Street-Works Development, calls for construction of four towers housing a total of 860 apartments. The craft food hall, restaurants and stores would occupy 85,000 square feet, with another 27,000 square feet dedicated to co-working and flexible office space. There will also be a four-story parking structure with 956 spaces.

The 40,000-square foot elevated “Hamilton Green” open space, the project’s namesake and a signature component, would be publicly accessible from all four sides of the property. The plan calls for it to be furnished with tables and chairs, and designed as a park where small public gatherings, concerts and other activities could take place.

The multi-family apartments would be divided among four new buildings: 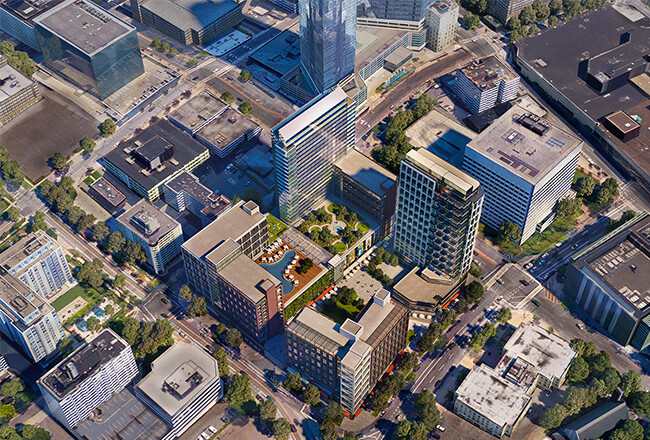 The Hamilton Green proposal that would demolish the White Plains Mall and replace it with apartments, a food hall and an open public area will also have some space for freelancers, small businesses and anyone else in need of a place to work. 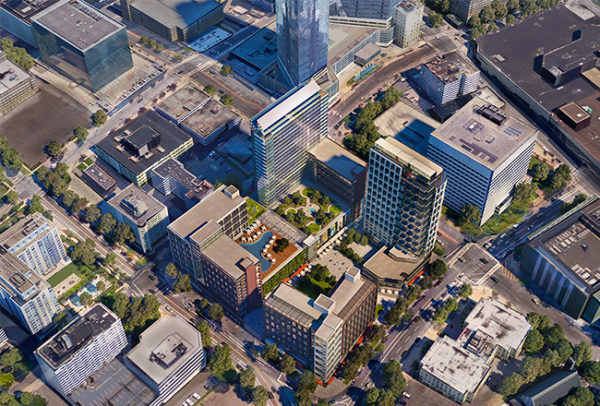 The project’s price tag has not been made public. There was also no word on when demolition of the White Plains Mall might begin. The mall still houses a state Department of Motor Vehicles office and a number of retail businesses.

the DMV, one of the last tenants of the decrepit mall, has announced their new location.

dailyvoiceplus.com is your first and best source for all of the information you’re looking for. From general topics to more of what you would expect to find here, dailyvoiceplus.com has it all. We hope you find what you are searching for!

Amen! Hopefully, the Galleria will come down next. 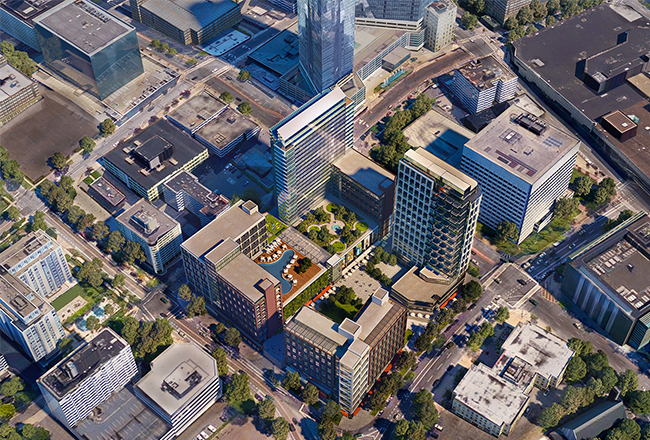 Hamilton Green in White Plains transit district back on track

The project to replace the White Plains Mall with a massive mixed-use project to be called Hamilton Green in White Plains' downtown transit district that had derailed when approvals expired last September was put back on track last night.

I really hope that the Galleria is redeveloped into housing with retail on the ground floor and green space. Downtown WP also needs a grocery store in that area.

If not more than one

sadly the galleria will remain the center of downtown, at least I think. The same is true with New Roc City in New Rochelle. Still, i’m glad lesser malls like this and the Pavilion are being redeveloped in favor of housing, ground level retail and public space.

The Galleria is probably what is next once the Transit district is finished.

The Galleria is a huge retail center, and brings a lot of activity to WP. Certainly a lot more than some random apartment buildings. I see no reason why it should be replaced, though it would be nice if the exterior were improved.

Its anchors, Sears and Macy’s, seem to be on the verge of collapse. Does it still have a JC Penny’s?

All of the stores inside too are crap. For the most part, the Galleria doesn’t even serve the local population. People frequently get on the Harlem Line in the Bronx and ask if the train stops at the Galleria.

With all of the apartment construction in the area, there’s a demand for a supermarket and restaurants. Most restaurants are located a ten minute walk away from here on Mamaroneck Avenue. I think that a development with apartments above a Whole Foods (this area could sustain another one) and maybe an arts cinema, restaurants, etc. would be much better than what’s currently there.

the White Plains JC Penney closed two decades ago. Where have you been?

If I shop, I go to the Westchester or the L&T shopping center on Rt. 22. I avoid the Galleria like the plague.

I think we can all agree that the White Plains Galleria sucks Weiner, Anthony.

The DMV might soon move out of the White Plains Mall, which sits on the site of the future Hamilton Green development. 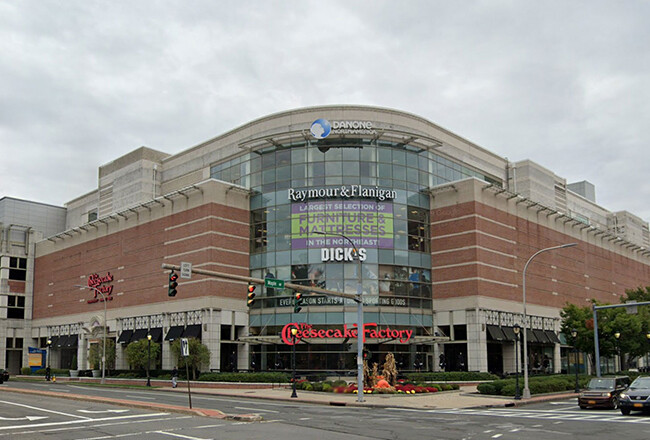 White Plains has given the New York State Department of Motor Vehicles (DMV) the green light to move its office from the White Plains Mall at 200 Hamilton Ave. to The Source at 1 Maple Ave. 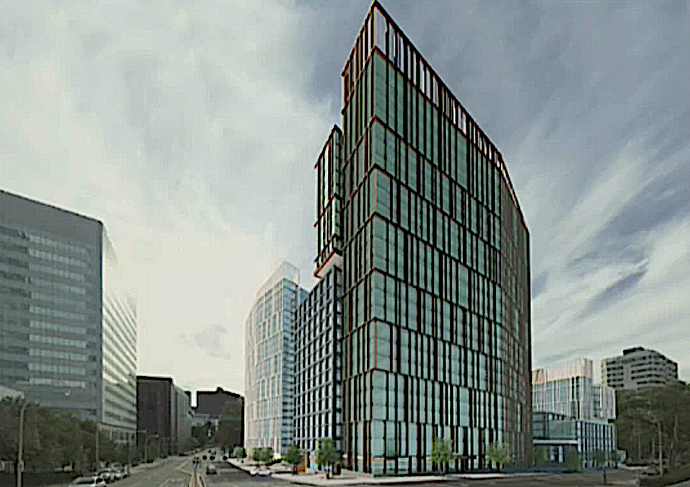 Developers are asking for amendments to the conceptual development plan and site plan for the transit-oriented development proposed for 200 Hamilton Ave., now the site of the White Plains Mall.

From day one this proposal has been such an excellent idea. WP needs this badly to get things on track, and nobody better than RXR to be behind the wheel. 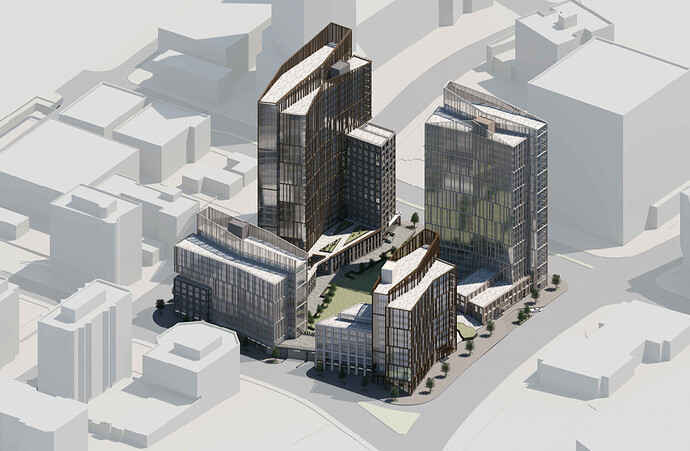 Construction on the long-awaited Hamilton Green mixed-use project on the site of the White Plains Mall at 200 Hamilton Ave. in downtown White Plains is expected to begin in June, according to Louis Cappelli, whose construction company is handling the... 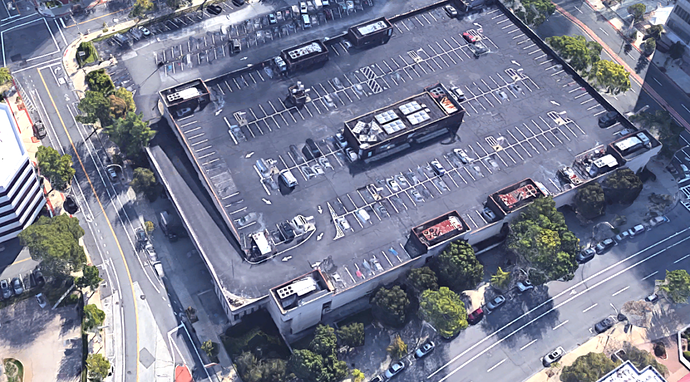 The New York State Department of Motor Vehicles (DMV) on March 30 announced that its office at the White Plains Mall on Hamilton Avenue will close for good at the end of business March 31. The DMV says that to fill the gap while a new White Plains...