While downtown Brooklyn has seen a number of towers rise over the years since its 2004 rezoning, the process has been slower on the eastern edge of Livingston Street, near Atlantic Terminal. The zoning is very liberal – the C6-4 district that covers Livingston allows the highest residential densities in the city – but first the small walk-ups on 20-foot-wide lots need to be assembled into larger parcels, which can be a slow process, especially when they have rent-stabilized tenants who need to be bought out.

But at 299 Livingston Street, on the north side of the street between Nevins and Hanover Place, one developer may have done so (or be on their way), as permits were filed this morning for a 17-story apartment building on a 43-foot-wide piece of land. 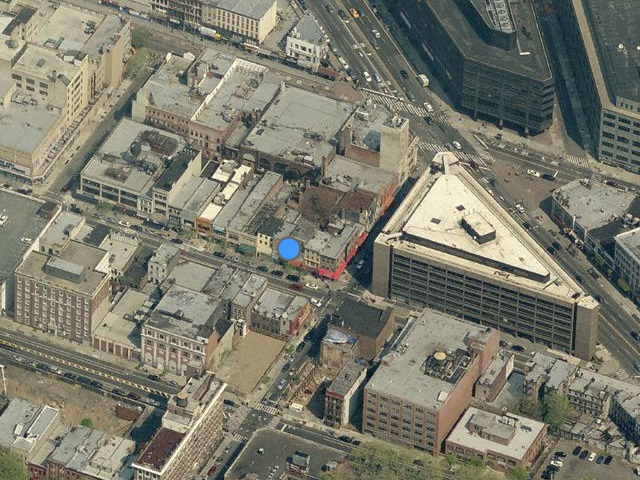 The application for a new building, filed by the architects at the Stephen B. Jacobs Group, calls for a 37-unit tower divided among 37,796 square feet of residential space. The building would rise 158 feet into the air (below the height limit for the Special Downtown Brooklyn District) and consist of 47,618 gross square feet of total construction area, including a 29-space garage, presumably in the two-level cellar space.

While the filing says nothing about affordable housing, the fact that the developers are planning to build to a floor area ratio of 12 – only possible with the inclusionary housing bonus – suggests that 20 percent of the units will be let at below-market rates.

The developer, however, remains a bit of a mystery. Listed on the permit as Izzy Neiman, the person who answers the business phone number says they’re not affiliated with the project, and the business address – on the 10th floor of a Garment District loft building – appears to be shared by a men’s accessory manufacturer.