The Wall Street Journal reports that a yet another new tower is coming to Downtown Brooklyn. Benenson Capital Partners and Rose Associates are partnering on a 300,000-square-foot mixed-use development that’ll house both rental apartments and retail space. The former 1920s office building at 210 Livingston Street pictured above, catty-corner to Macy’s, has already been demolished and is currently a pile of rubble, but a groundbreaking for the new building has yet to be scheduled. (No new building permit has been filed with the DOB yet.) The owners considered conversion to dorms or offices before settling on apartments, because come on, that’s where the action is.

210 Livingston will join tallboys 388 Bridge Street (complete!), Avalon Willoughby West (under construction), and oh-so-many more towers that are rising in the area. Not to mention the latest news that Junior’s will soon get topped with condos. The neighborhood that never sleeps, DoBro is. 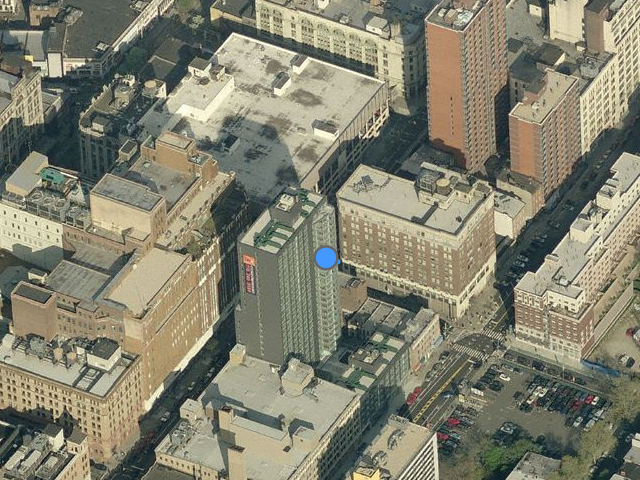 Back in February, the Wall Street Journal broke the news that Benenson Capital Partners and Rose Associates were joining forces to develop a rental tower in downtown Brooklyn, at 210 Livingston Street. Aside from the general bulk (they pegged it at 300,000 square feet), though, scant details were released

Now that a new building permit application has been filed, we can fill in some of the details.

Handel Architects filed for the permit.

[QUOTE]Benenson Capital Partners and Rose Associates are in line to receive a $158 million construction loan for their upcoming Downtown Brooklyn tower.

The state’s Housing Finance Agency plans to issue bonds for the construction of the 25-story, 368-unit apartment tower at 210 Livingston Street, which JPMorgan will purchase.

Benenson and Rose reckon the tower will cost roughly $236 million to develop. That figure includes hard and soft costs and a developer fee of $4 million. In exchange for the bond financing, the partners agreed to set aside 20 percent of the building’s apartments as affordable housing.[/QUOTE] 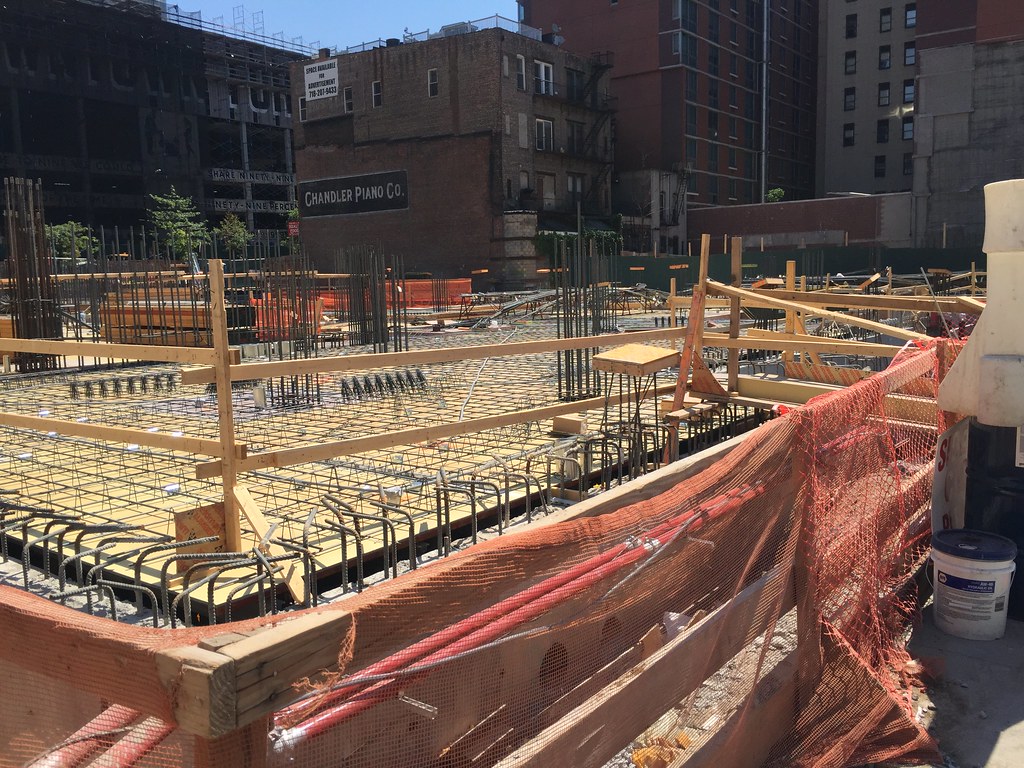 You can see the old macys parking lot in the background under netting to be taken down.

Also found a rendering on buzzbuzzhome 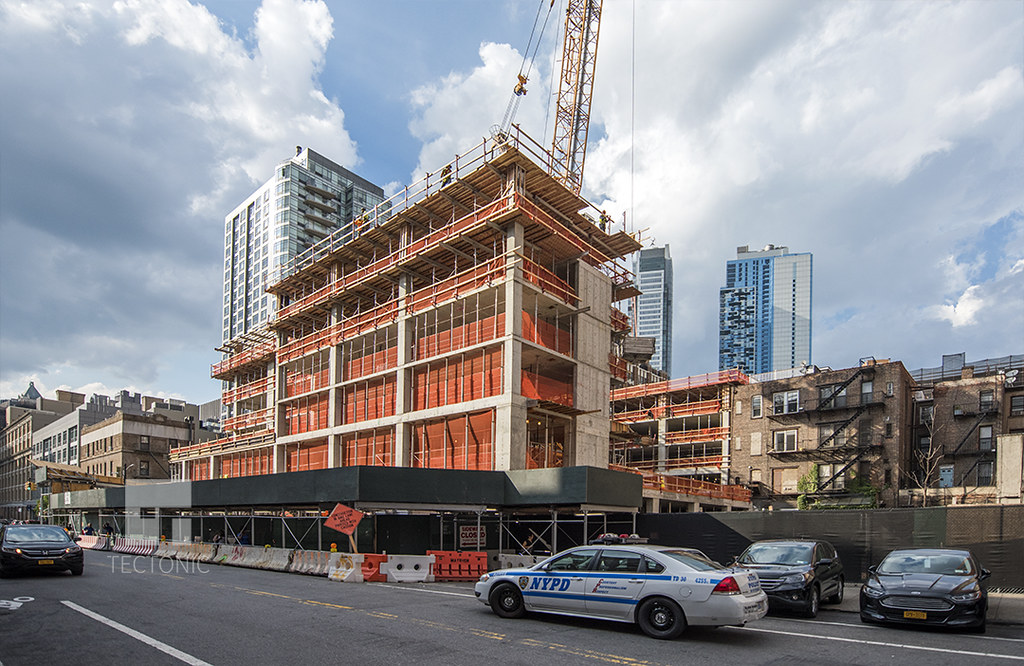 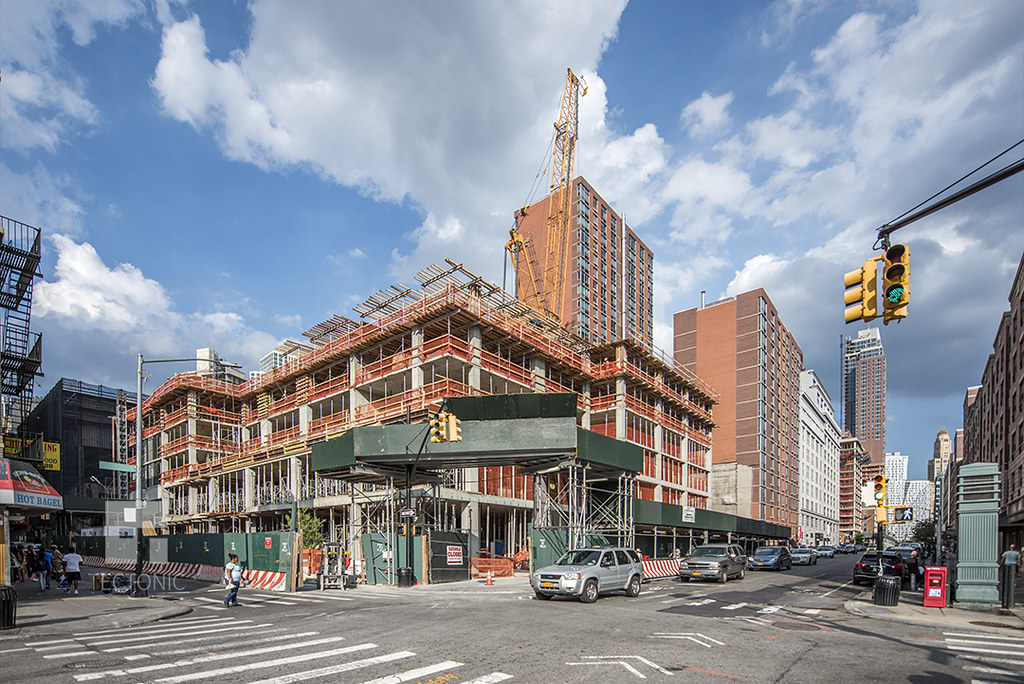 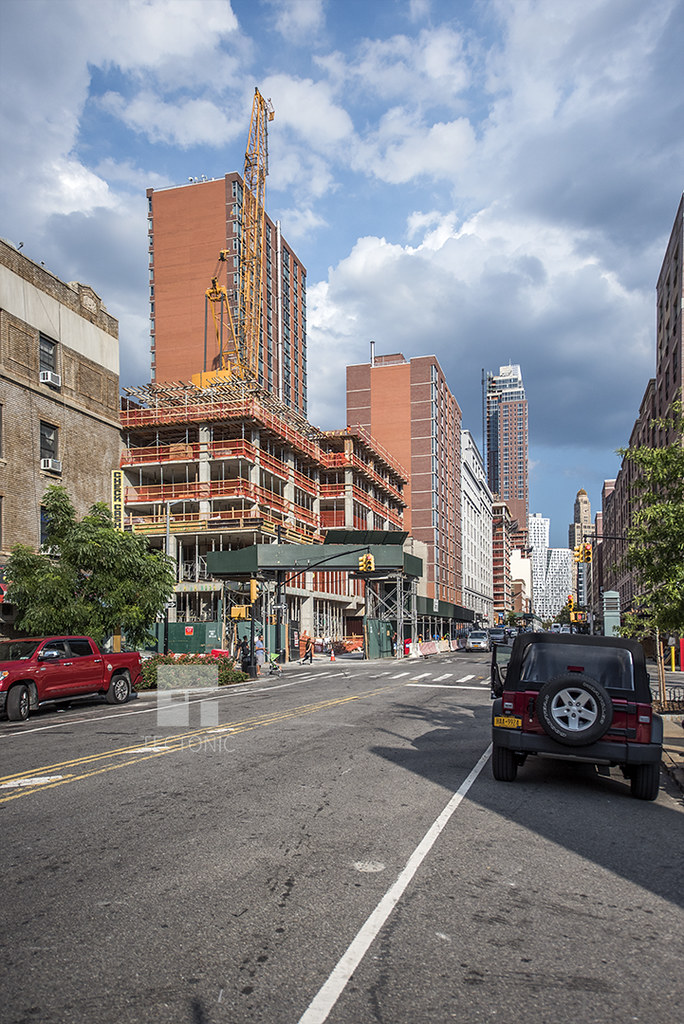 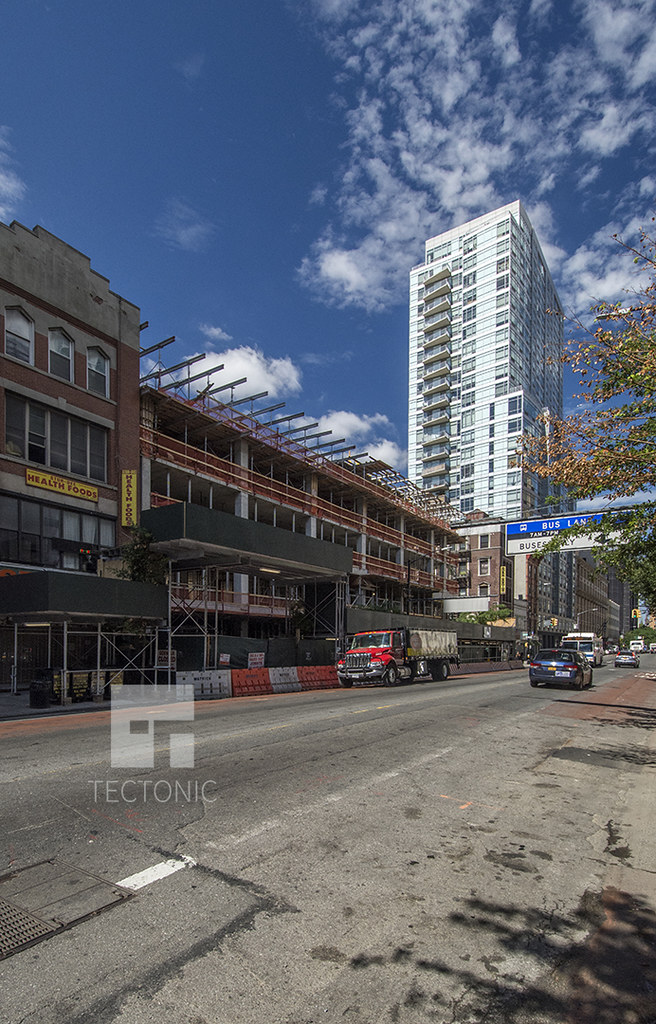 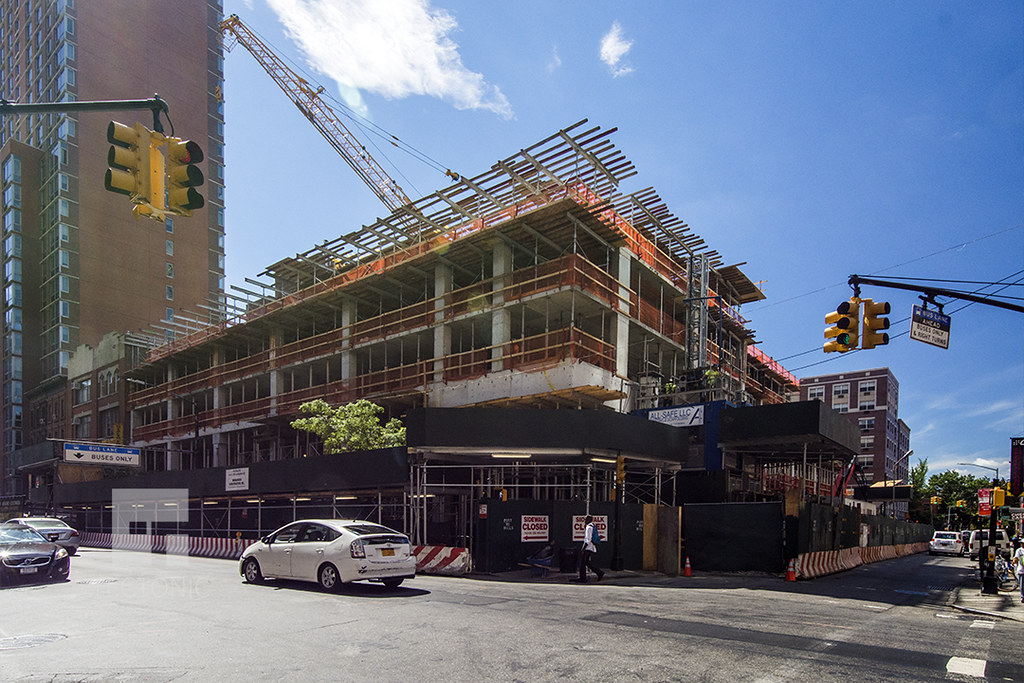 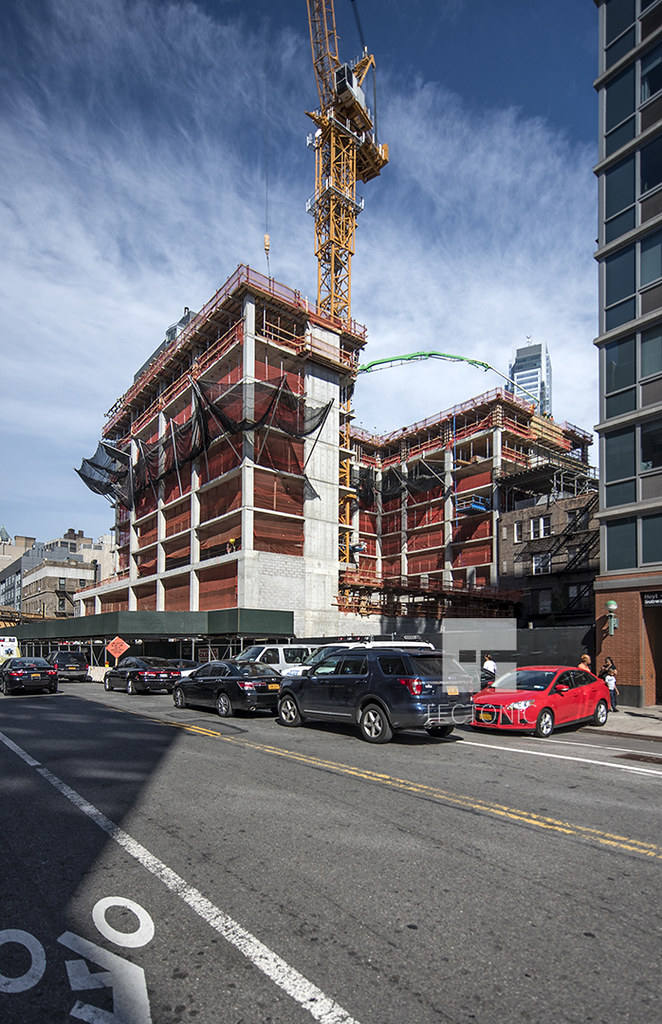 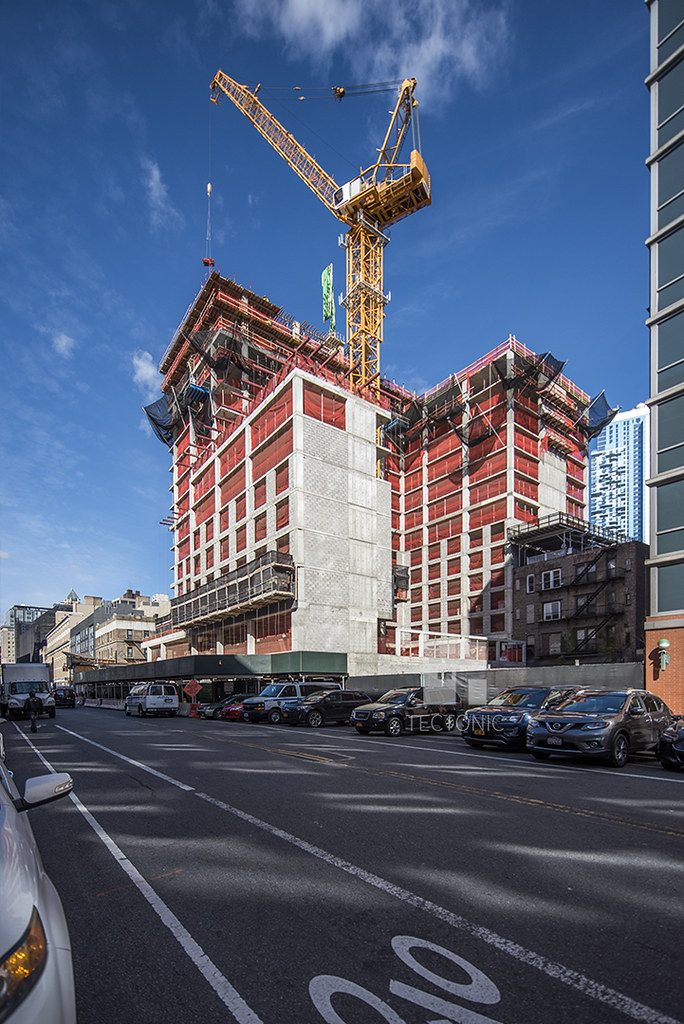 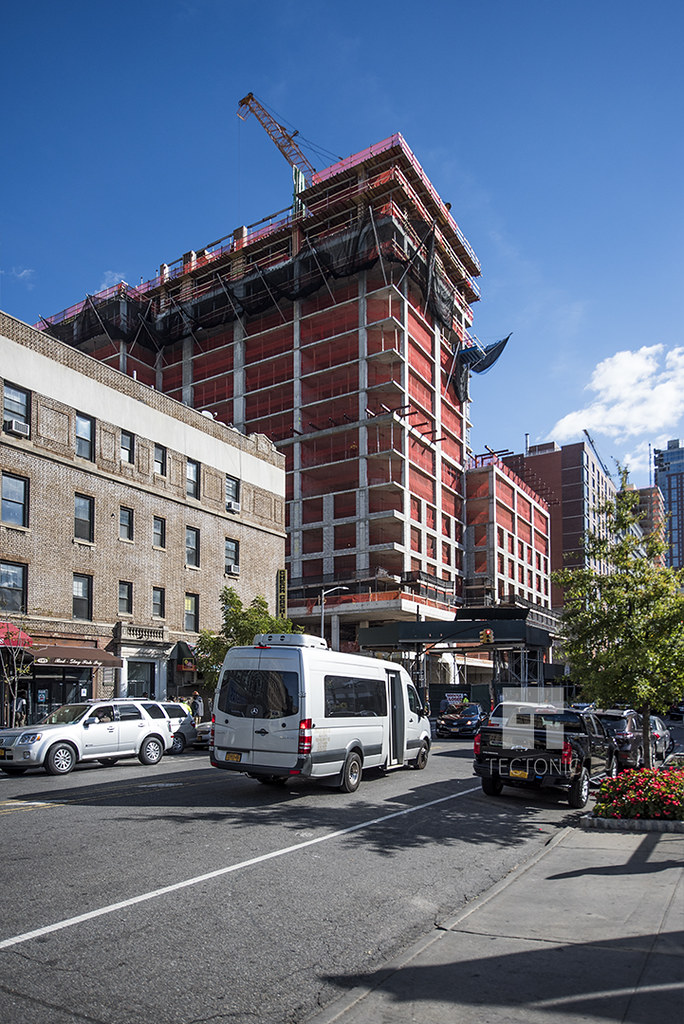 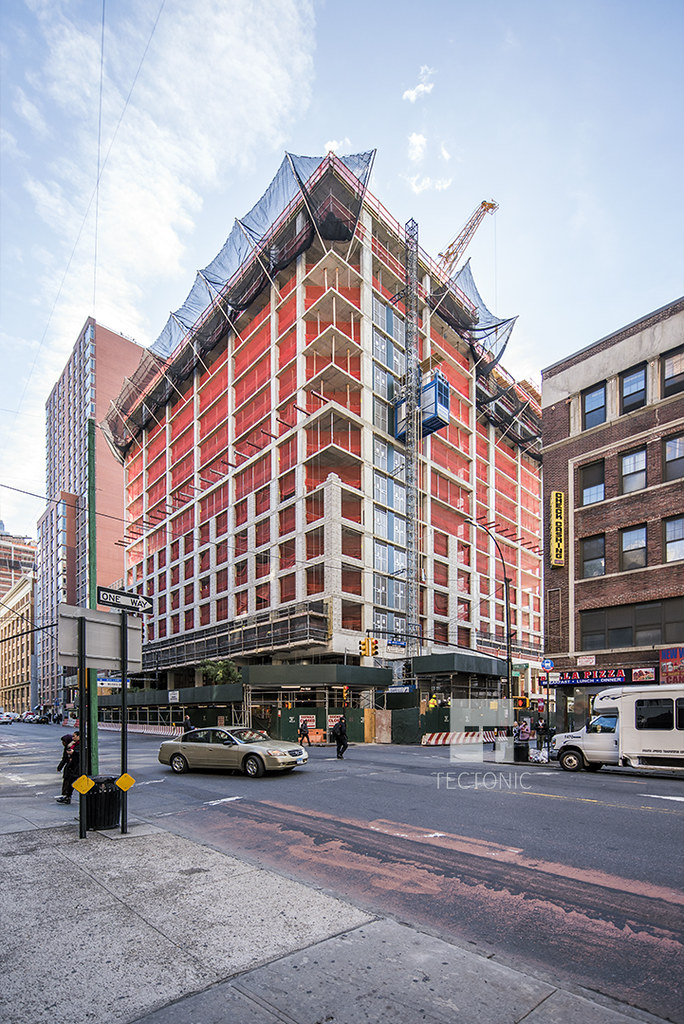 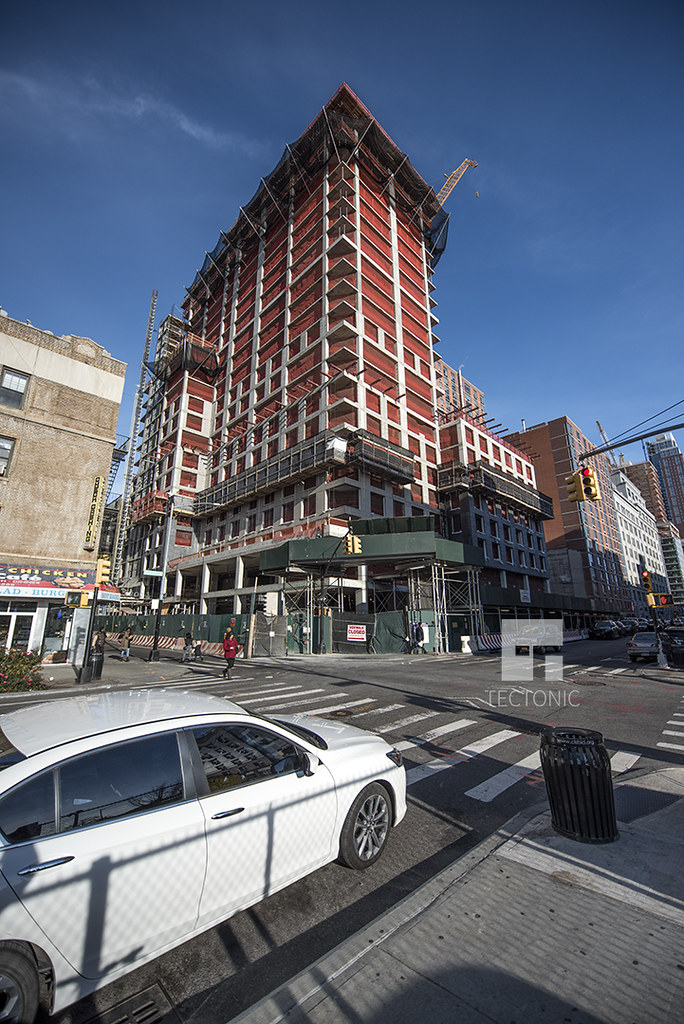 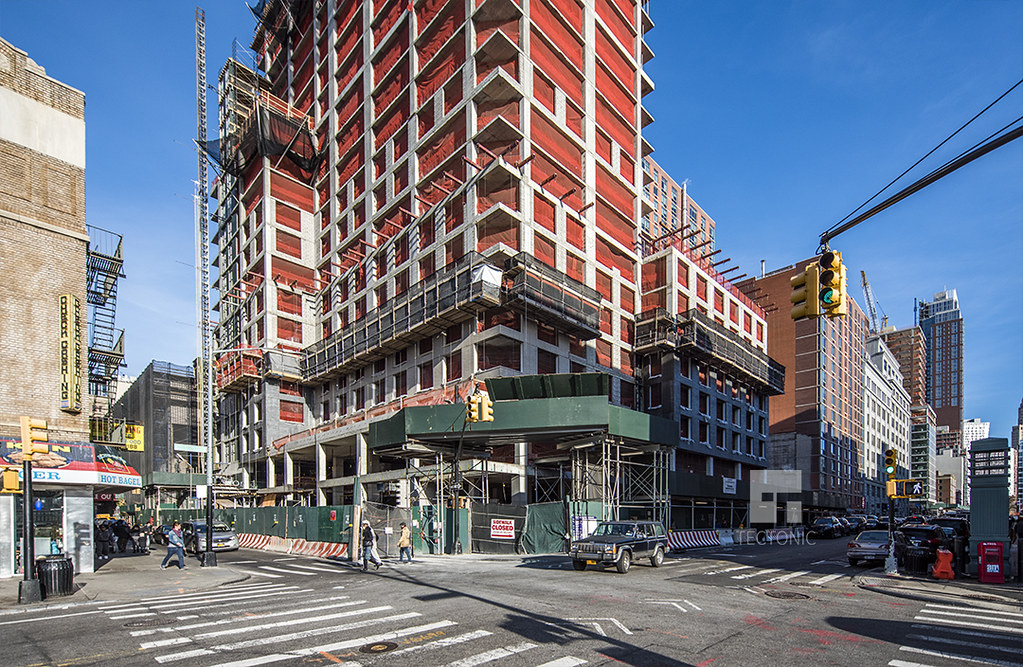 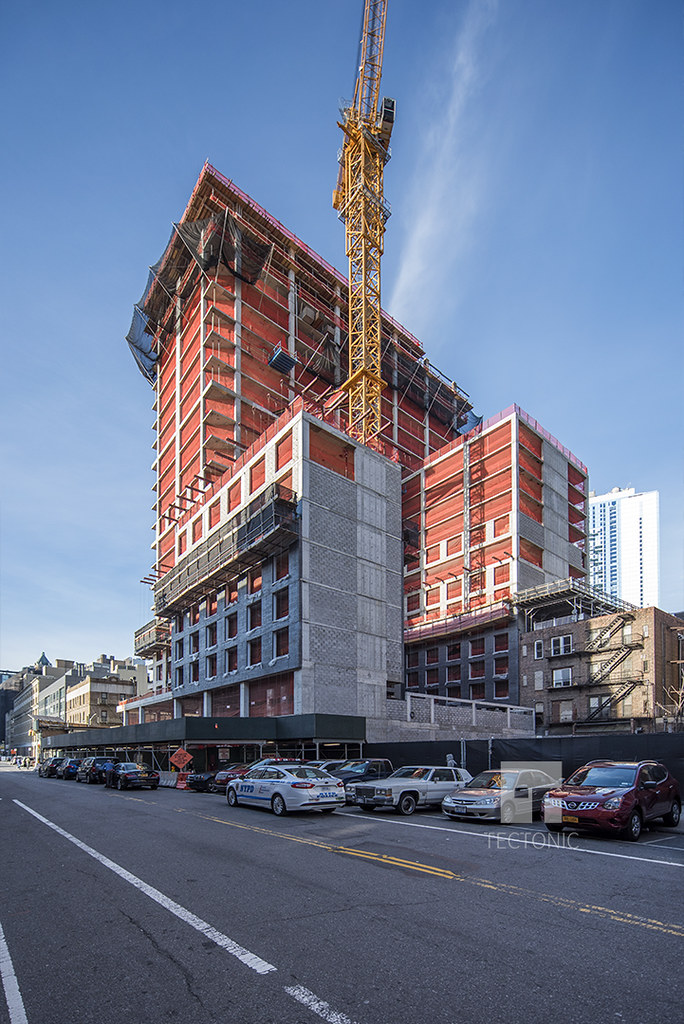 Any updates from the front and back of this project?? 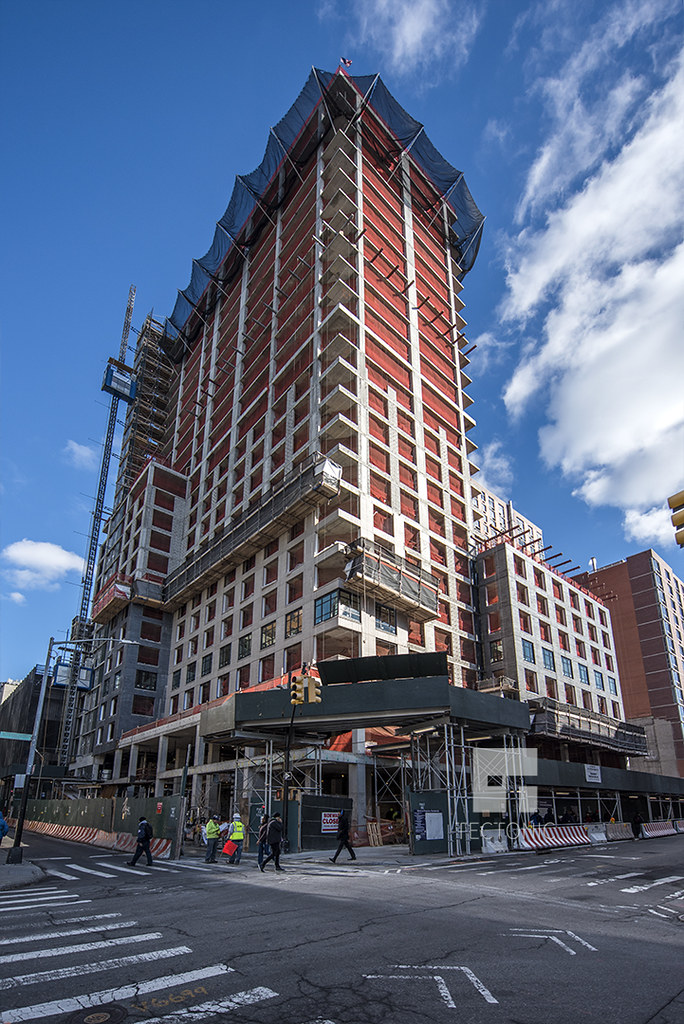 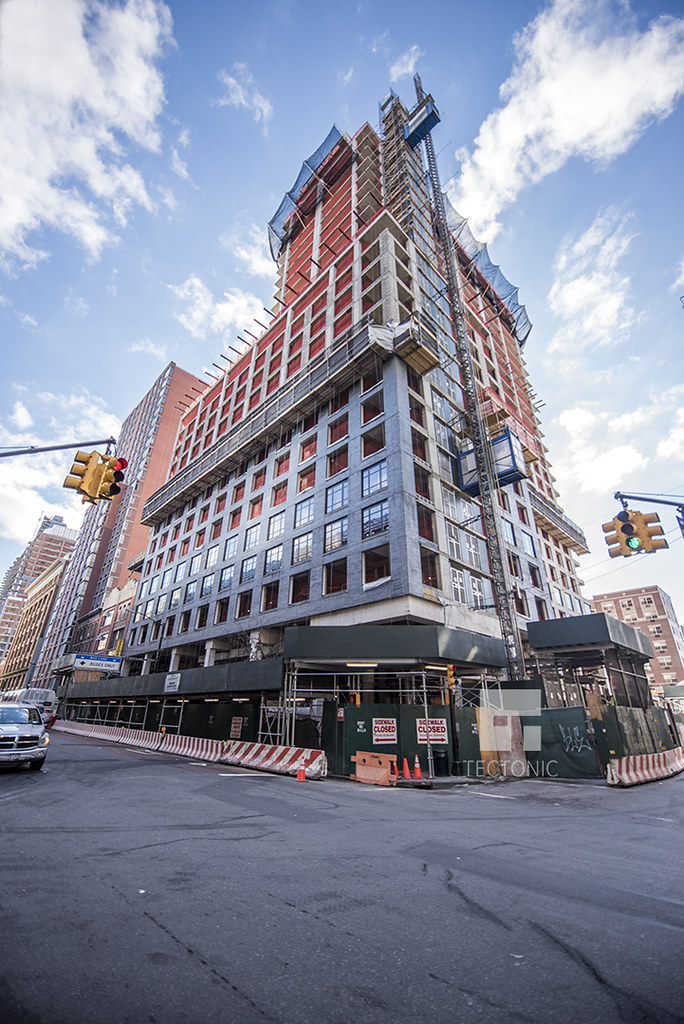 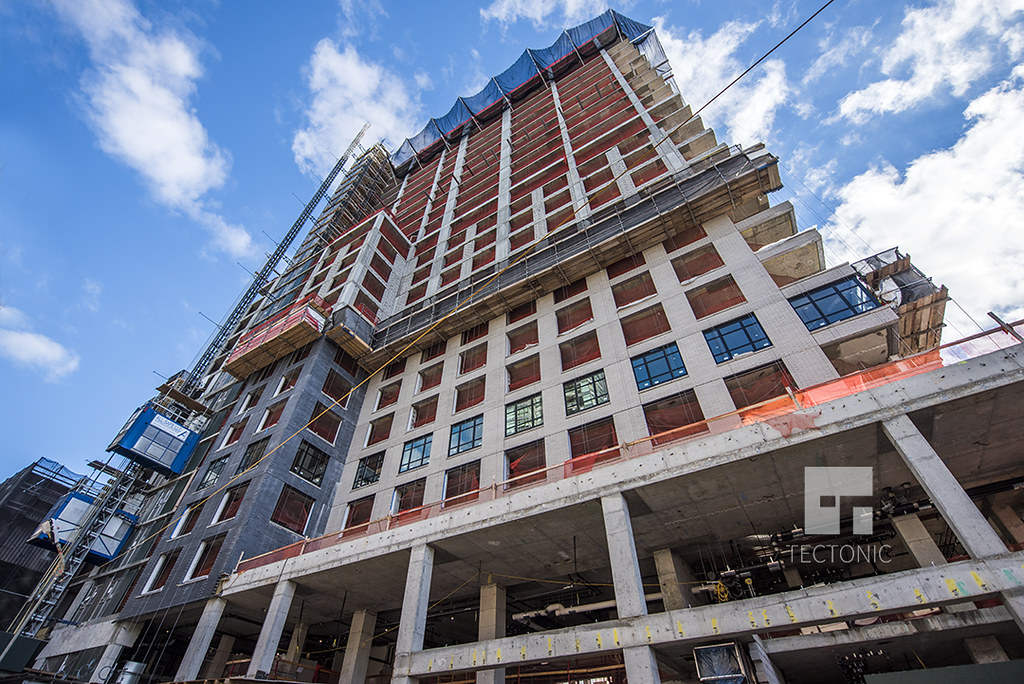 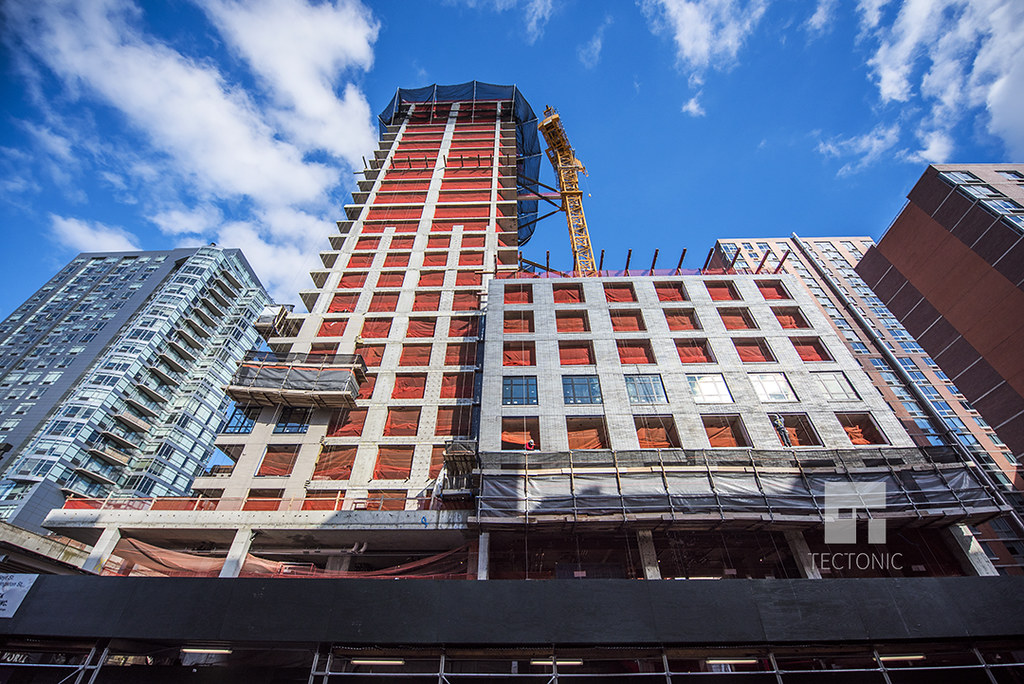 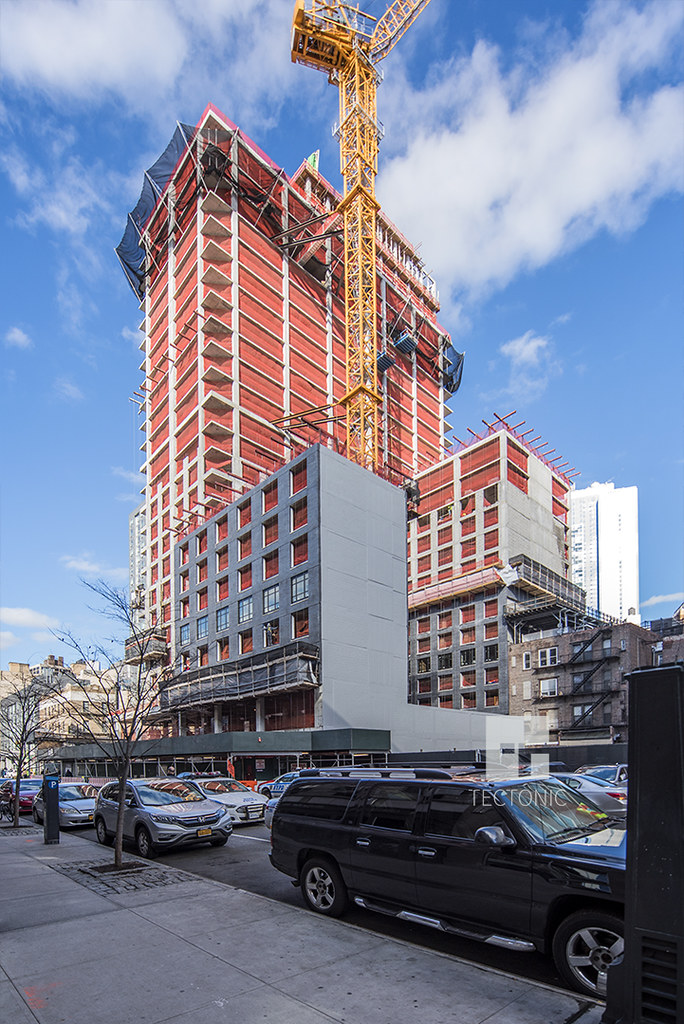 Thanks for responding tec, if you get a chance please get a more recent update. 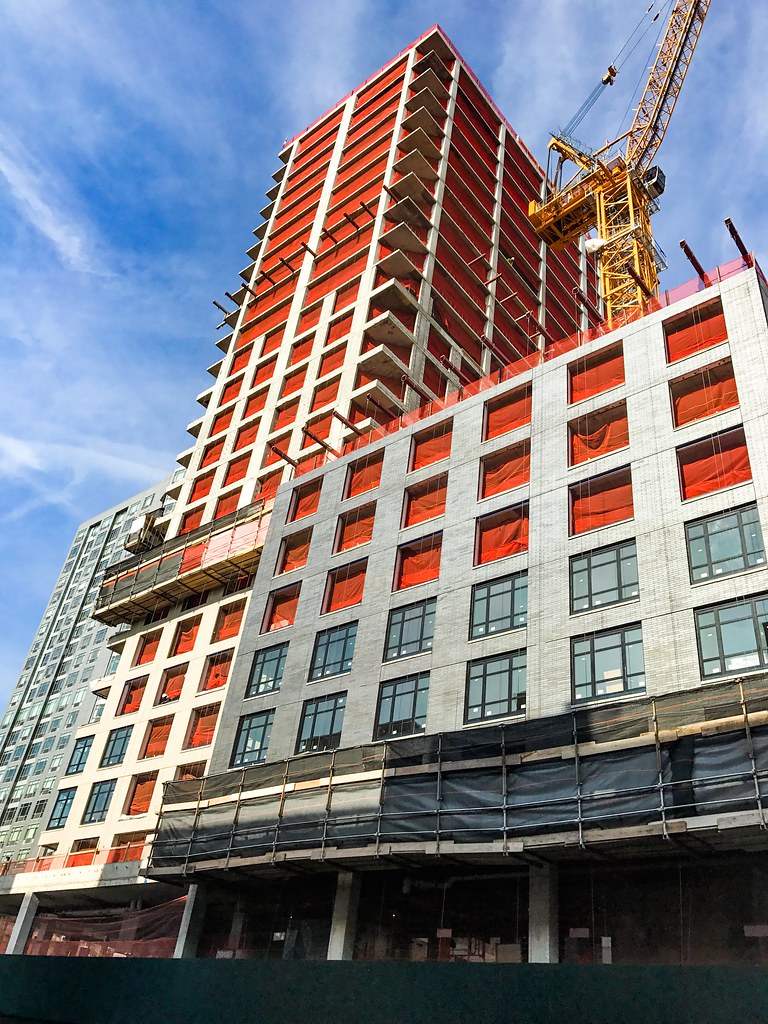 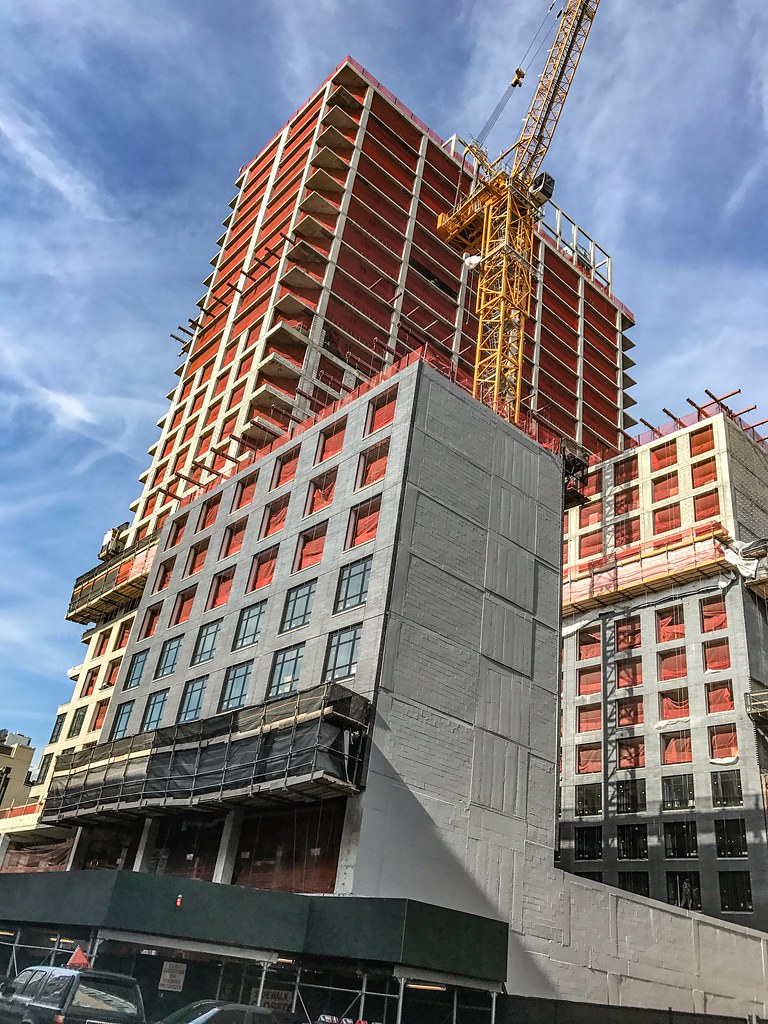 Nice pics! Are they from today?

Nice update JC!. Just in time for some crane action.