TF Cornerstone – a company created by two high-profile developers, brothers Tom and Fred Elghanayan – is building 600 apartments at 276-300 Livingston, according to a published report from CoStar Group. A parking garage and storefronts now occupy the site.

As the two projects move forward, retail rents on Livingston will rise 20% to 25%, Mograby predicted. “Livingston Street will undergo a rare transformation,” predicted another broker, CPEX Real Estate Managing Partner Timothy King. “You’ll see Reilly’s law of retail gravitation: Given a choice, people go to where the action is.”

At the parking garage where Cornerstone is constructing an apartment building, tenants have been told to vacate by Dec. 31. However glad they are that development will boost Livingston Street’s prosperity, it pains them to go.

“It’s a sad feeling to leave when you are established, you are recognized in the neighborhood,” said Victor Vora, who pays $35 per square foot rent for a storefront for his Greyhound bus station franchise. “We’re all scrambling to find the right locations.” His soon-to-be displaced neighbors at the garage building include an IHOP pancake house and Papa John’s pizzeria. Vora has brokers seeking sites on Livingston as possible places to relocate; he needs a 1,500-square-foot space on a street wide enough for buses to pull in for stops. It must be close to the Manhattan Bridge, which the buses cross to make pickups at the W. 42nd St. Port Authority Bus Terminal.

Cornerstone reps told tenants they hope to break ground next spring on the new apartment building, which will be more than 30 stories tall and will have space for shops, Vora’s son Alap said.

How tall will 33 Bond be, and how far along is planning?

J: 25 floors. It’s not so much a tower, but it’s very large, and really enhances the street-wall. We’re actually done with planning, and that site is now moving into demolition and construction. That building will have 714 units, and 20% will be affordable. 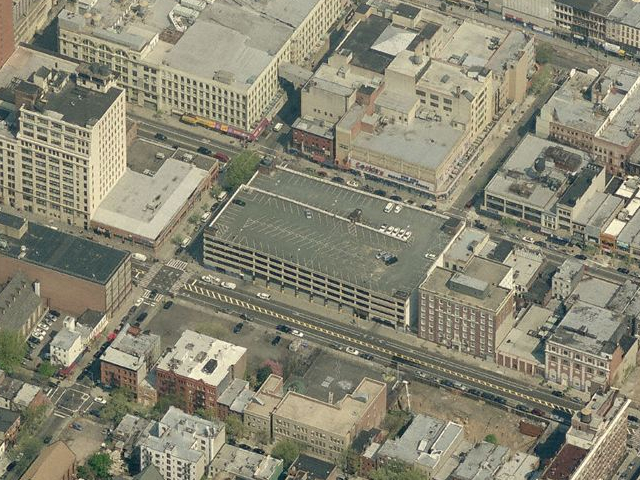 Last month, YIMBY brought you exclusive news of a TF Cornerstone building going up in Downtown Brooklyn, at 33 Bond Street.

After filing demolition permits last month for the five-story parking garage (which they bought from Thor Equities for $70 million earlier this year), the developer has filed for building permits for the project. Gary Handel, who also designed TF Cornerstone’s two buildings on West 37th Street, is the architect of record.

The building has the bulk of an old pre-war, only rising 25 stories despite its sizable 734,232-square foot construction floor area. Zoning limits the project’s height to 250 feet, which is ahistorical given the nearby 512-foot Williamsburgh Savings Bank Tower, and especially silly given the similarly-sized towers that will rise at Atlantic Yards. Net residential floorspace totals 564,480 square feet, which will be divided among 714 apartments, 20 percent of which will be let at below-market rates; 33 Bond will also include nearly 30,000 square feet of retail space.

Anything would be an improvement on the hulking garage that’s blighted the site since the ’70s, but Handel’s design contains one extremely welcome feature: the absence of unsightly PTAC units for heating and air conditioning, whose ubiquitous below-window grills have marred the façades of New York City rental buildings for decades. It’s unclear why TF Cornerstone chose to forgo them, but the decision is appreciated, as PTACs are often the difference between a building that’s simple filler and one that’s actively grating on the eyes.

TF Cornerstone could not be reached for comment on exact timing, but last month the developer told YIMBY that construction would begin soon, so it shouldn’t be long before groundbreaking.

Thomas and Fred Elghanayan’s TF Cornerstone secured a $250 million mortgage from the New York State Housing Finance Agency for its planned 714-unit residential building at 33 Bond Street, according to property records filed with the city today.

The developer purchased the site from Joseph Sitt’s Thor Equities last April for $70 million. It filed permits for the project in July, as The Real Deal reported.

Gary Handel is the architect of record. 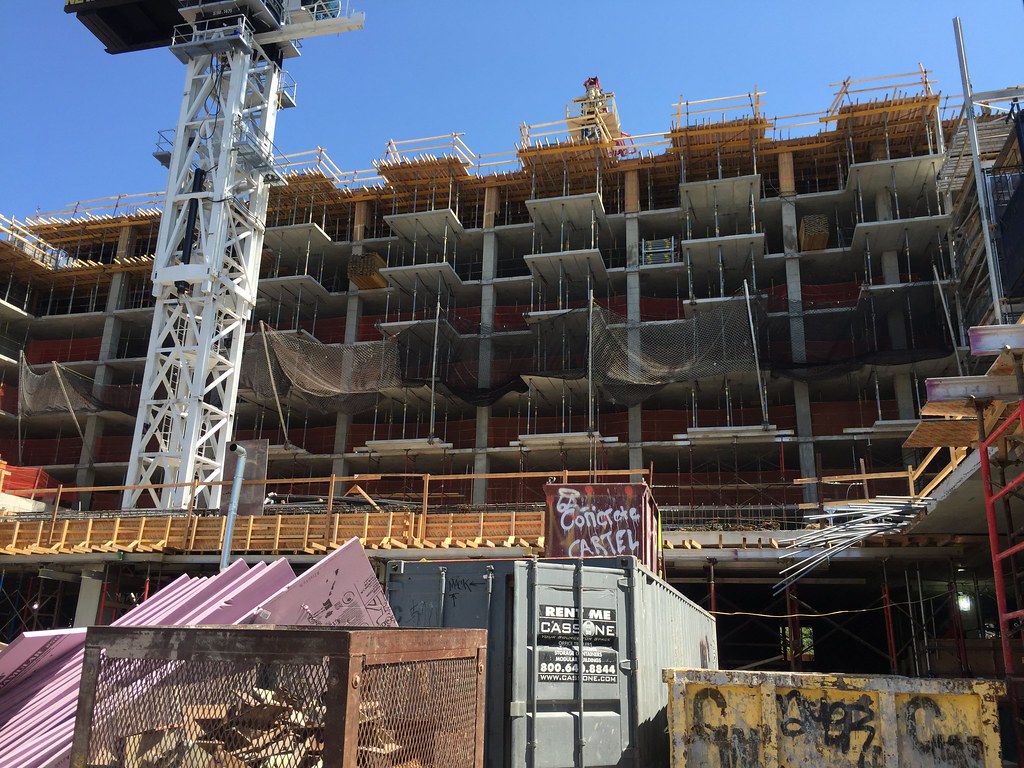 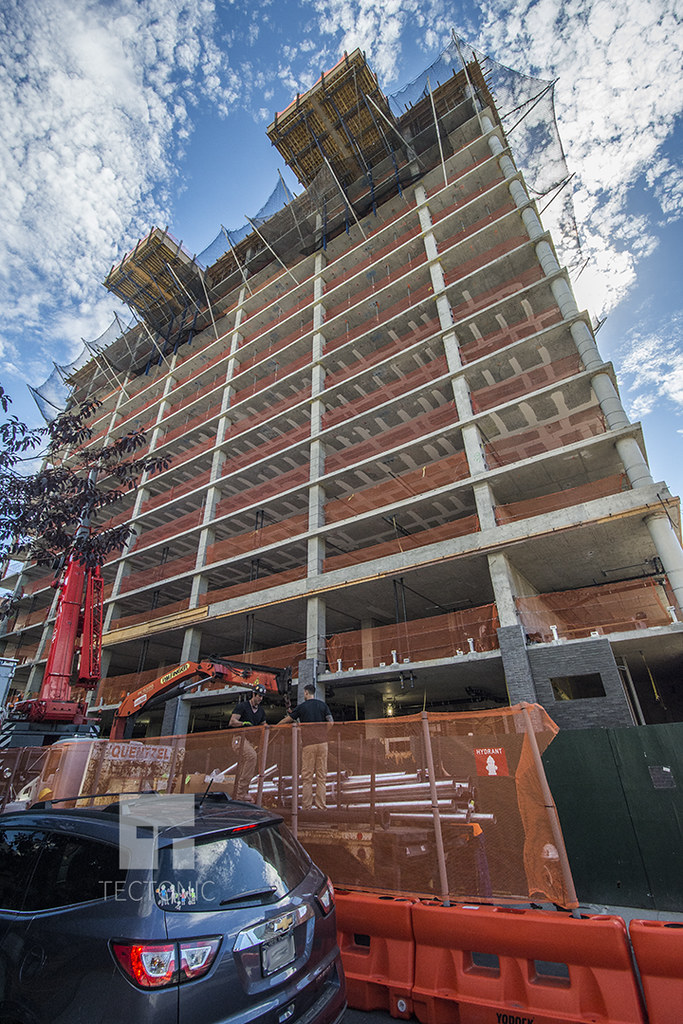 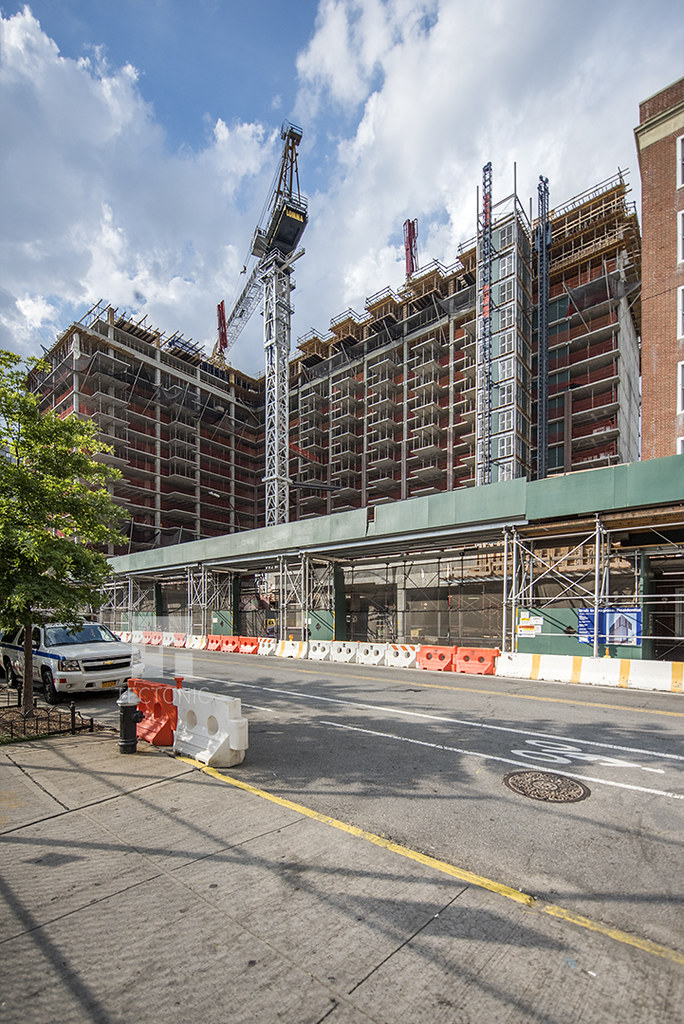 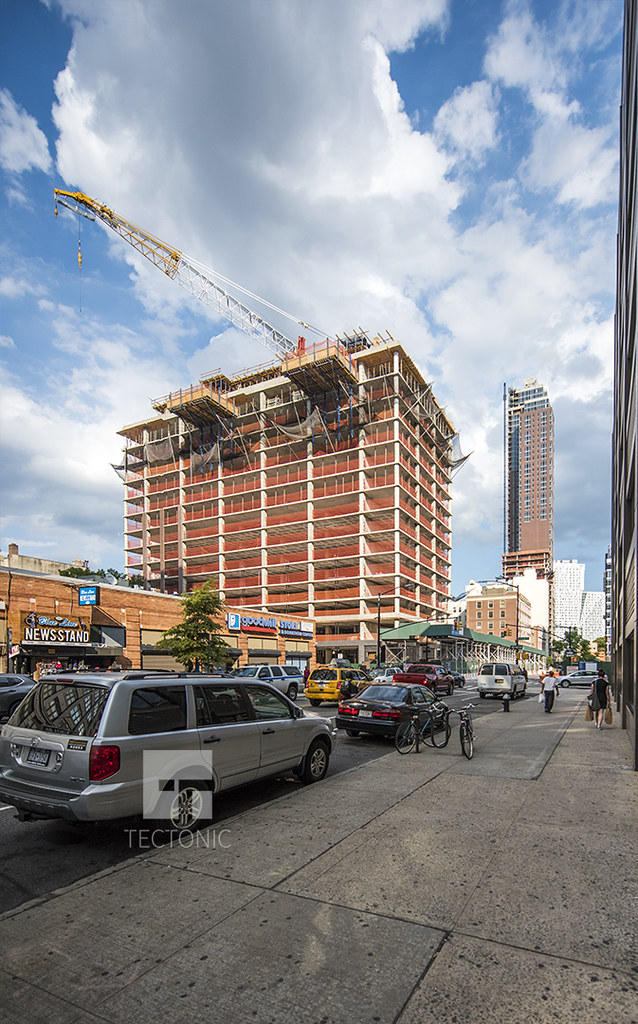 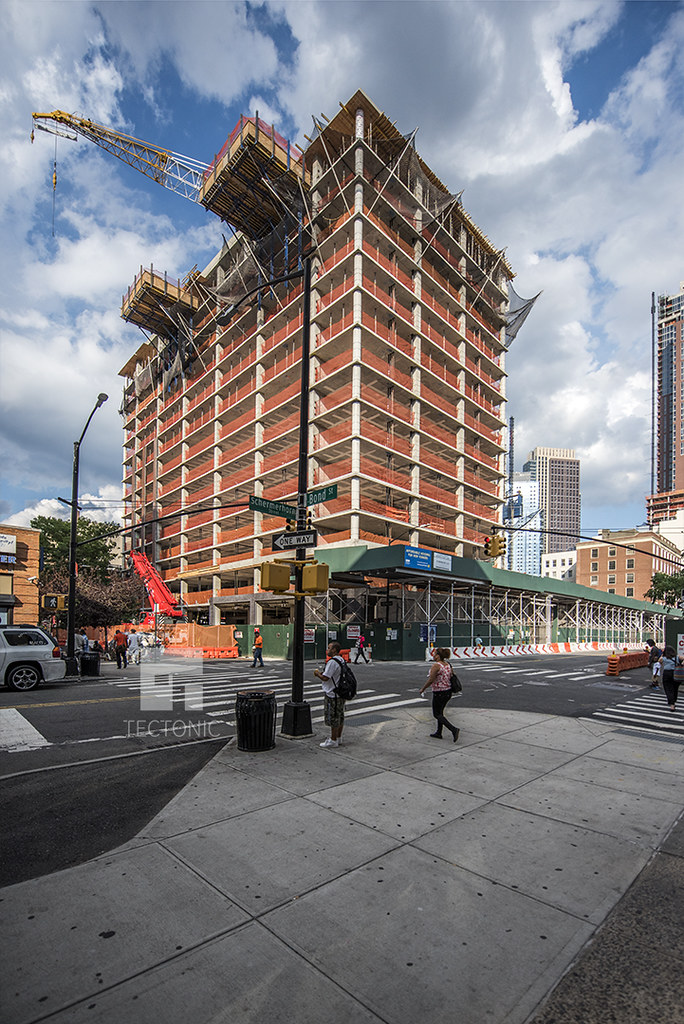 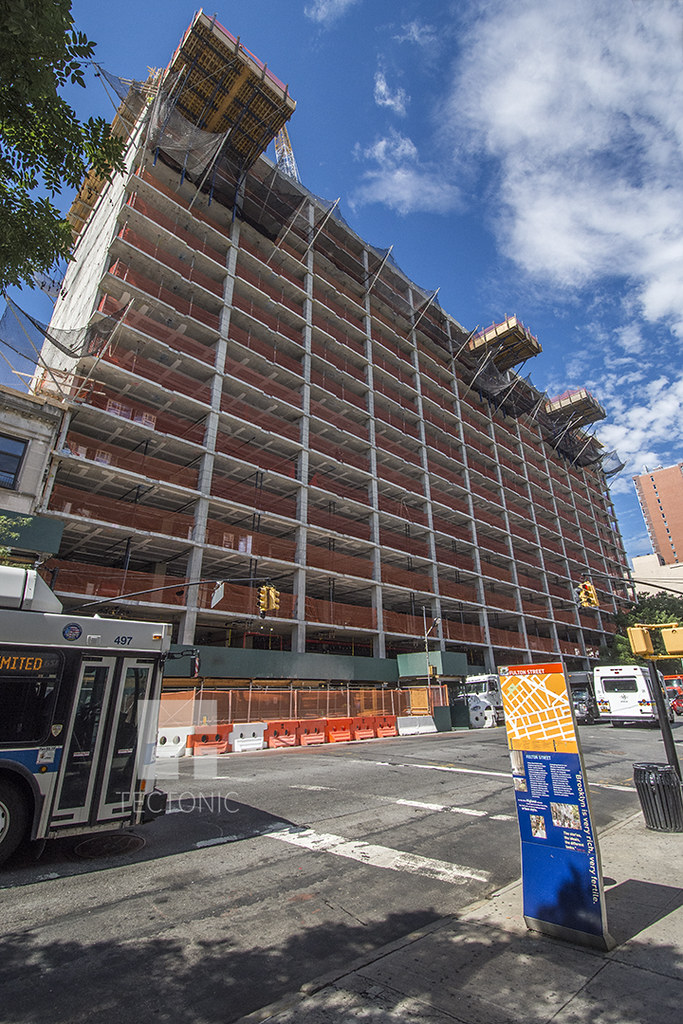 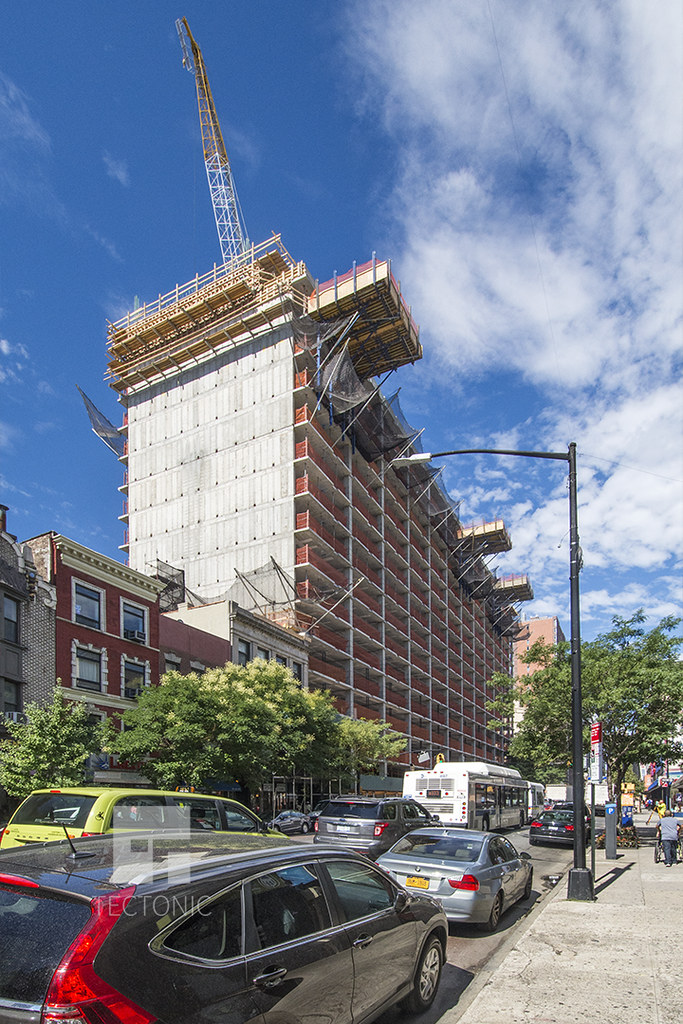 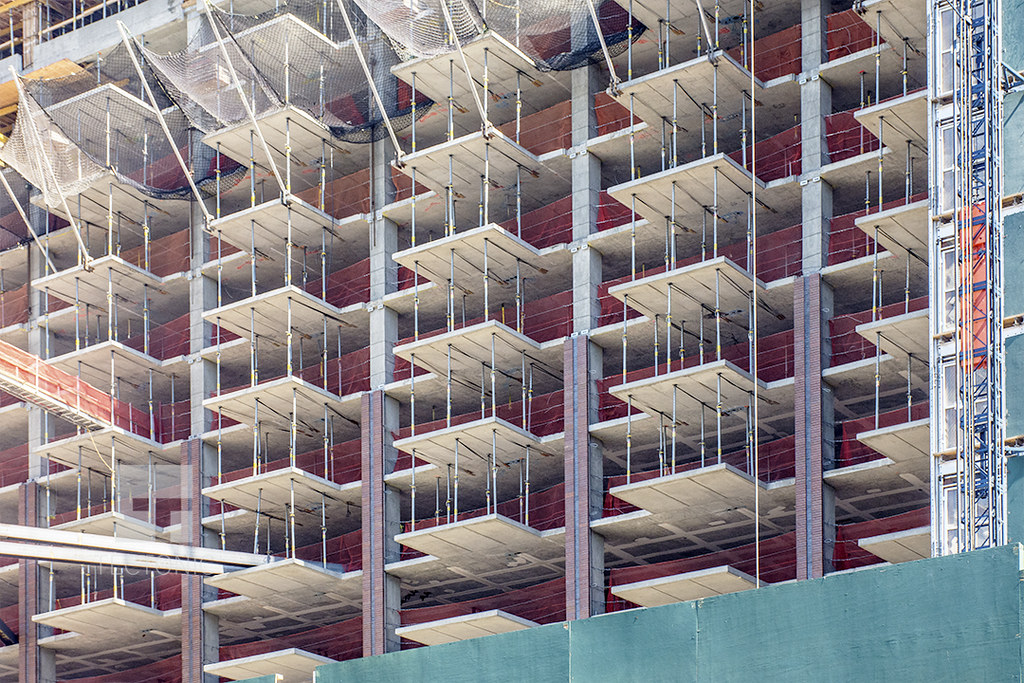 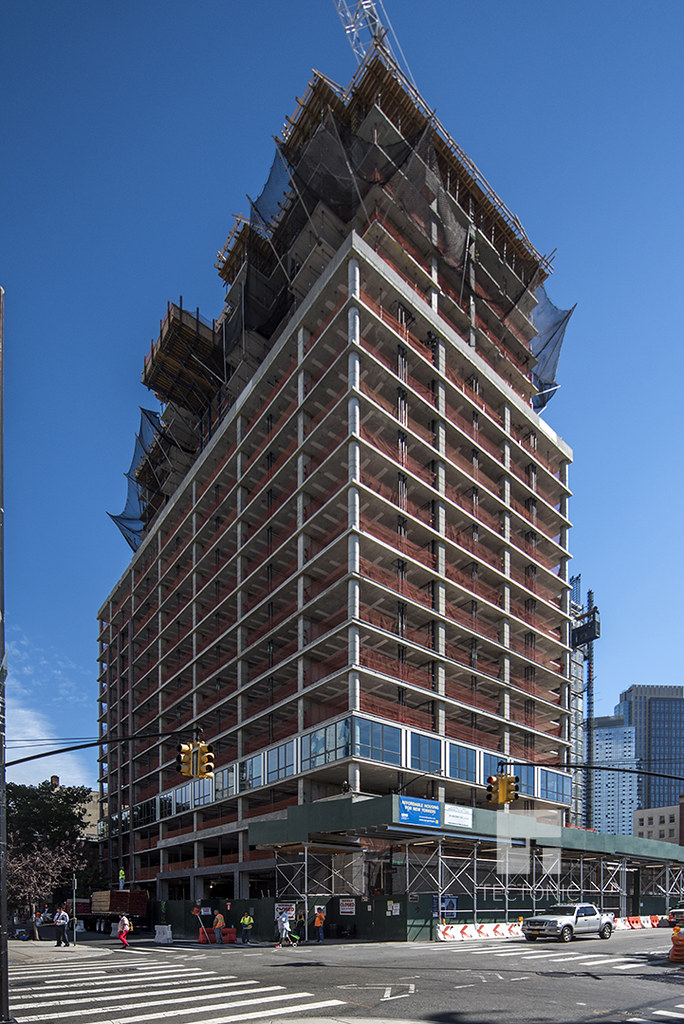 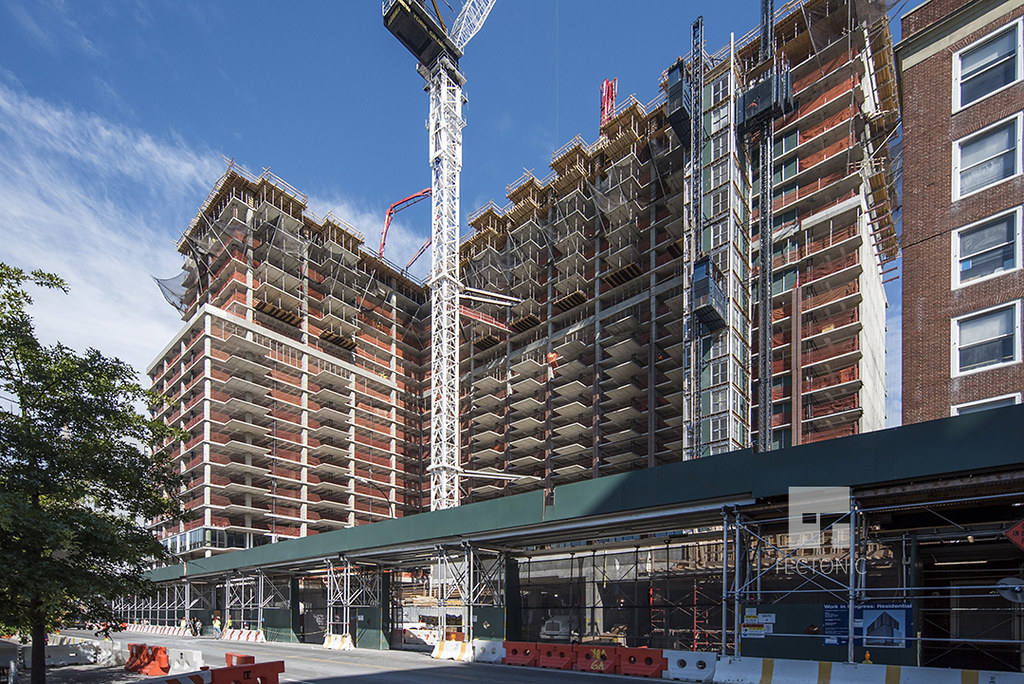 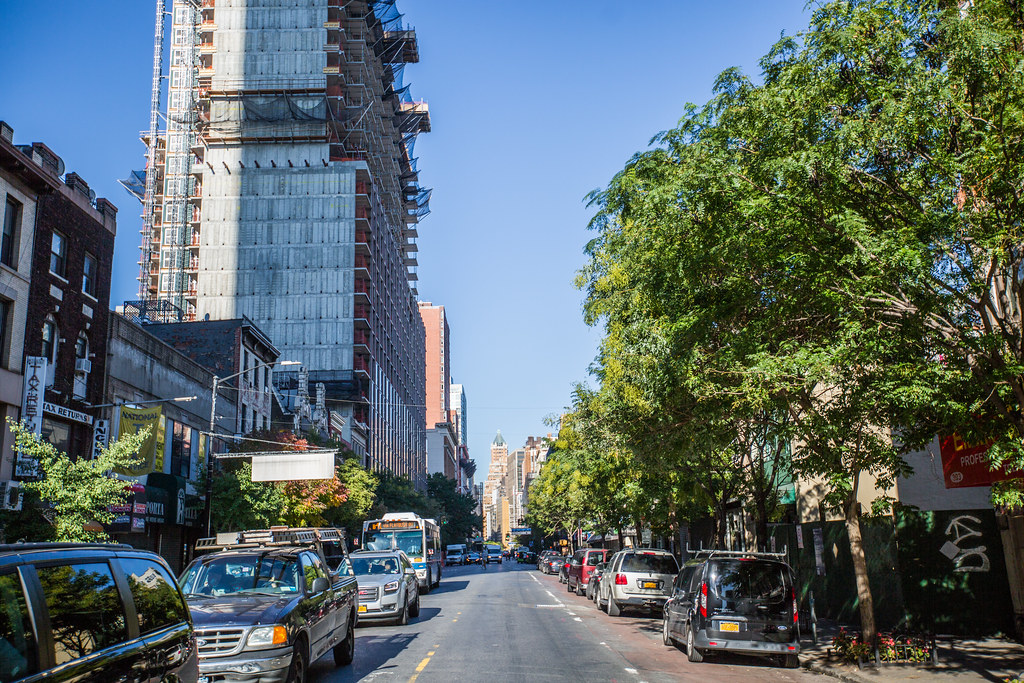 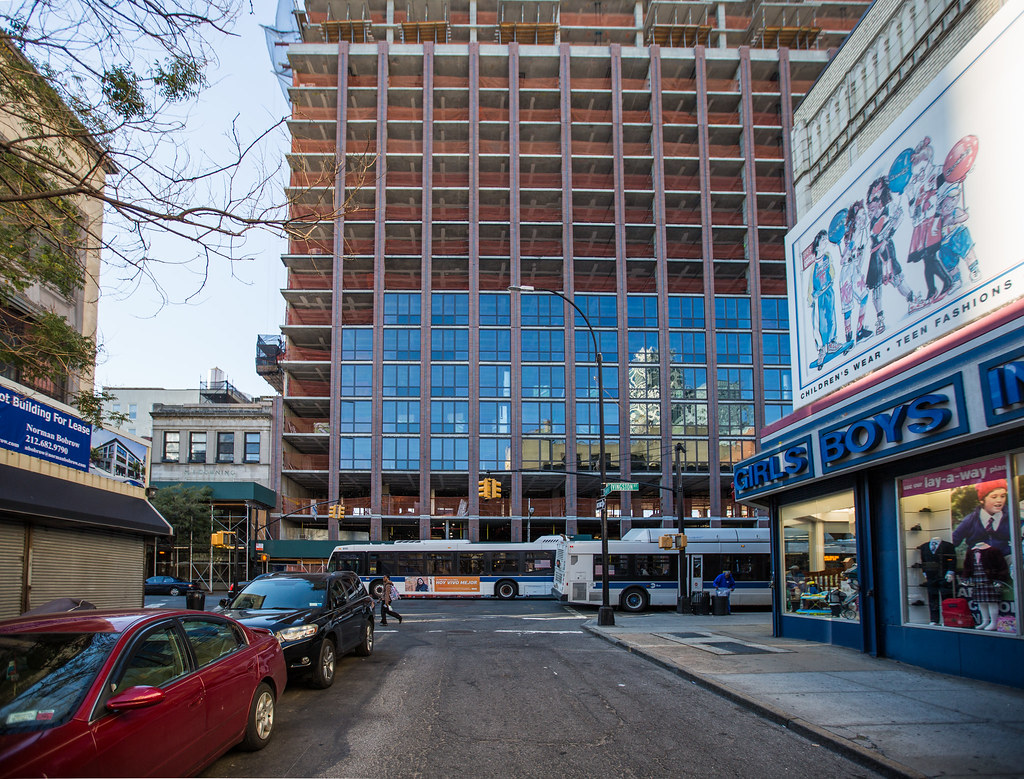 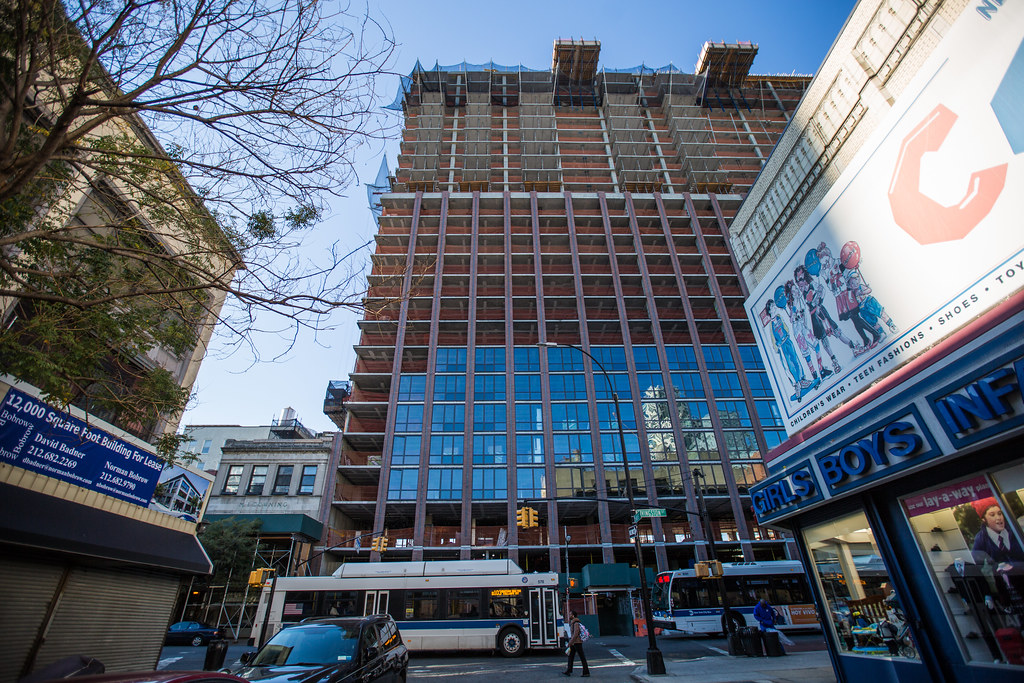 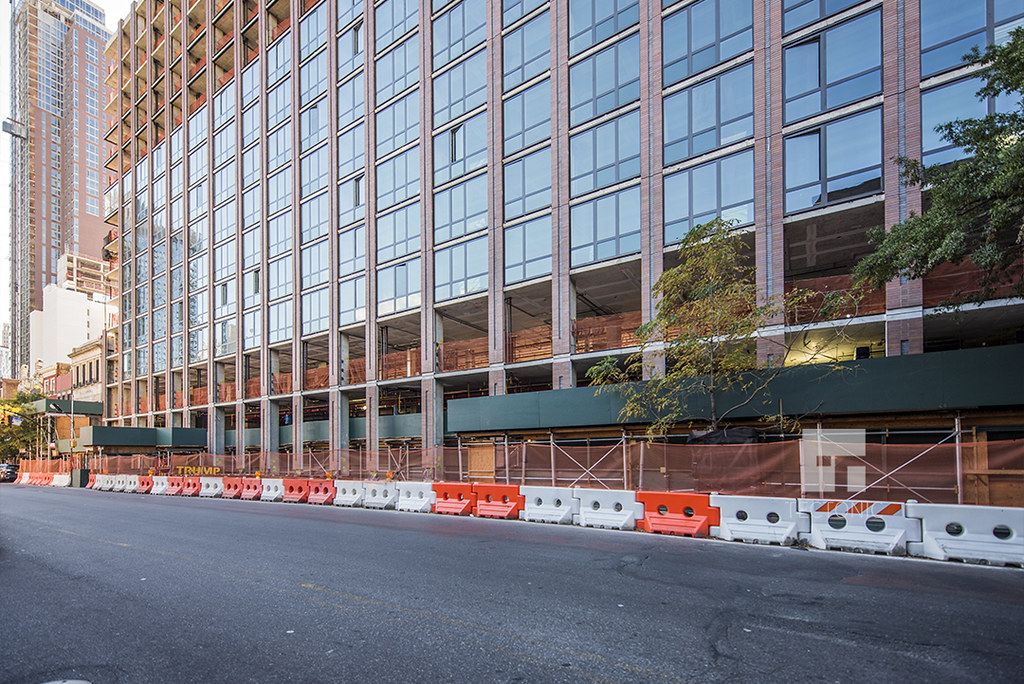 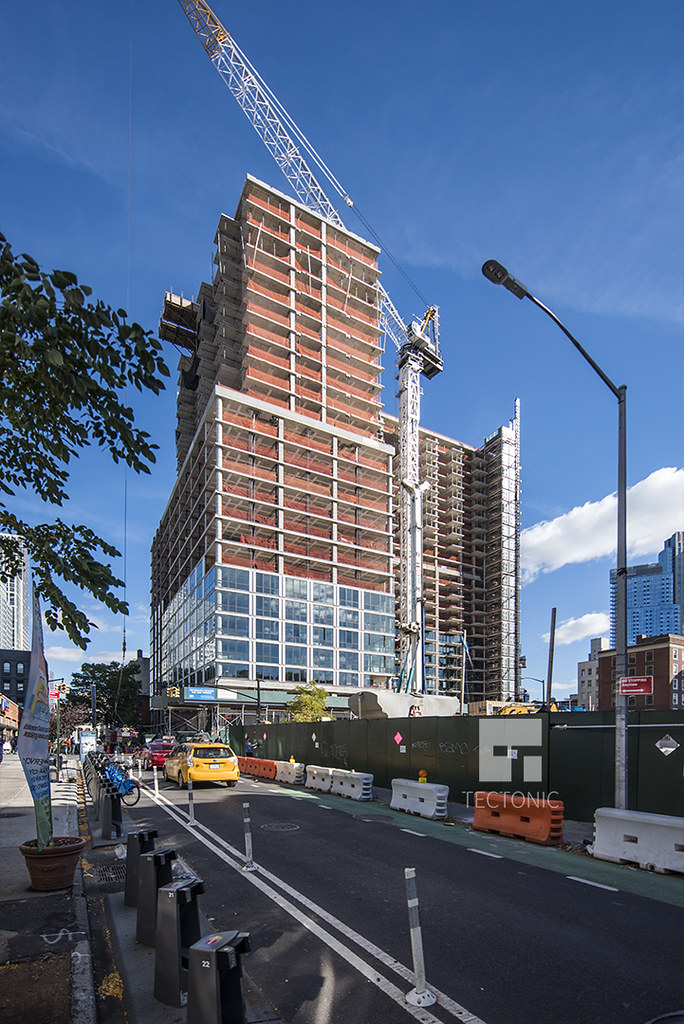 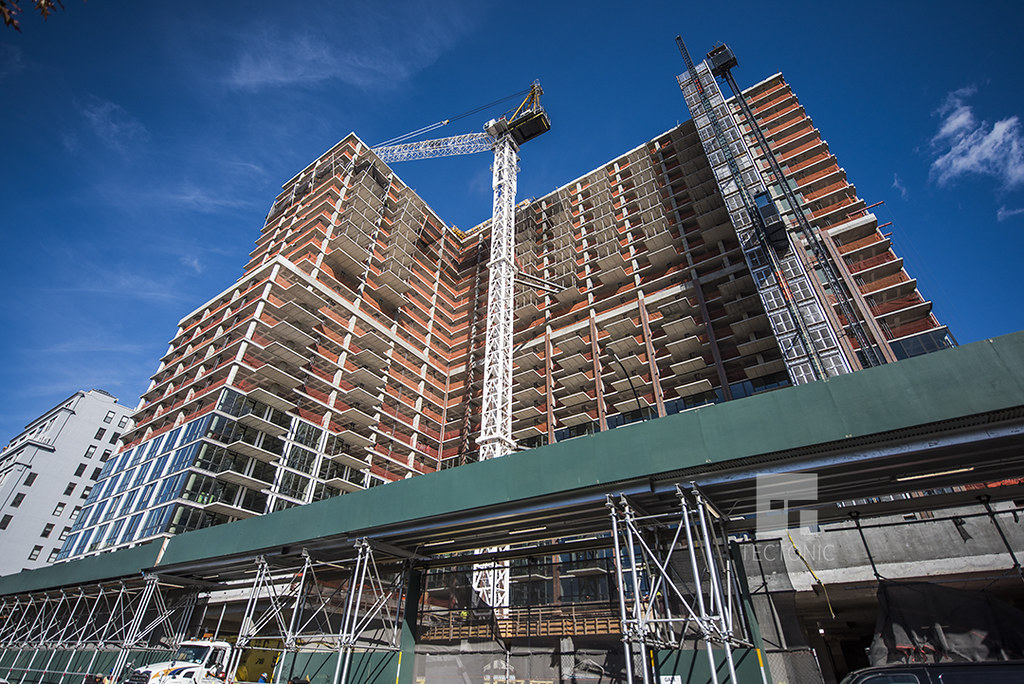 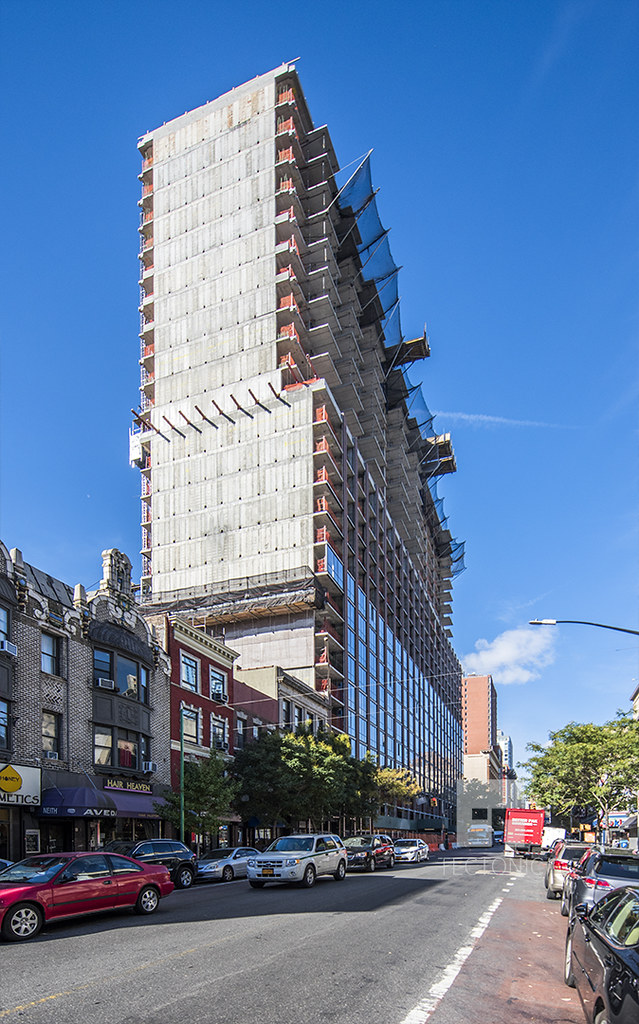 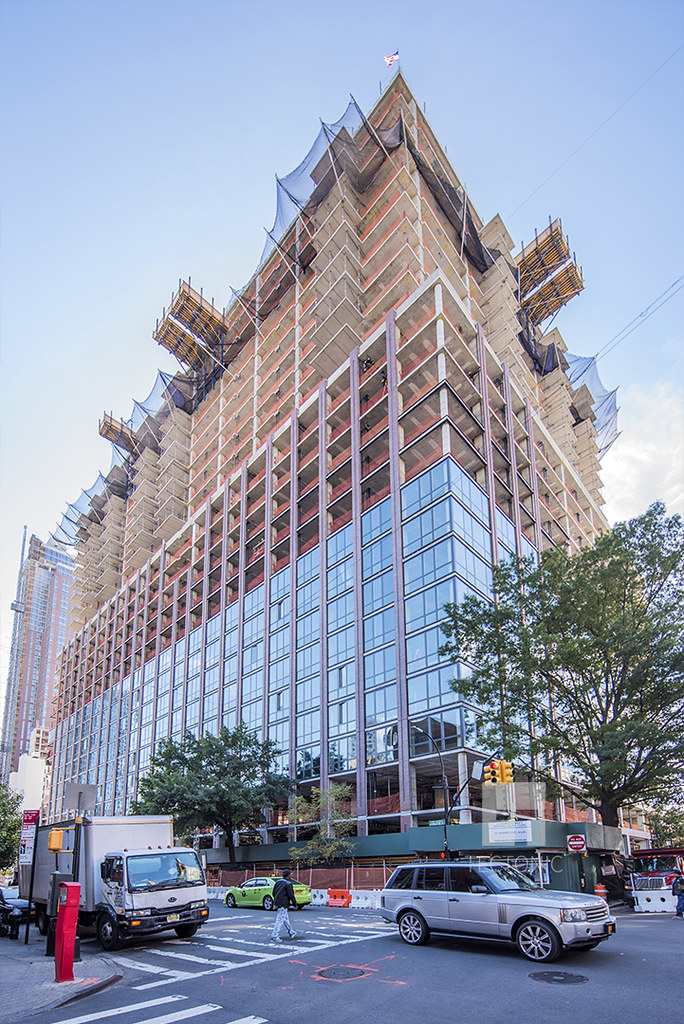 Any pics from the other side?

Does anyone have any updates from the front and back of this project?? 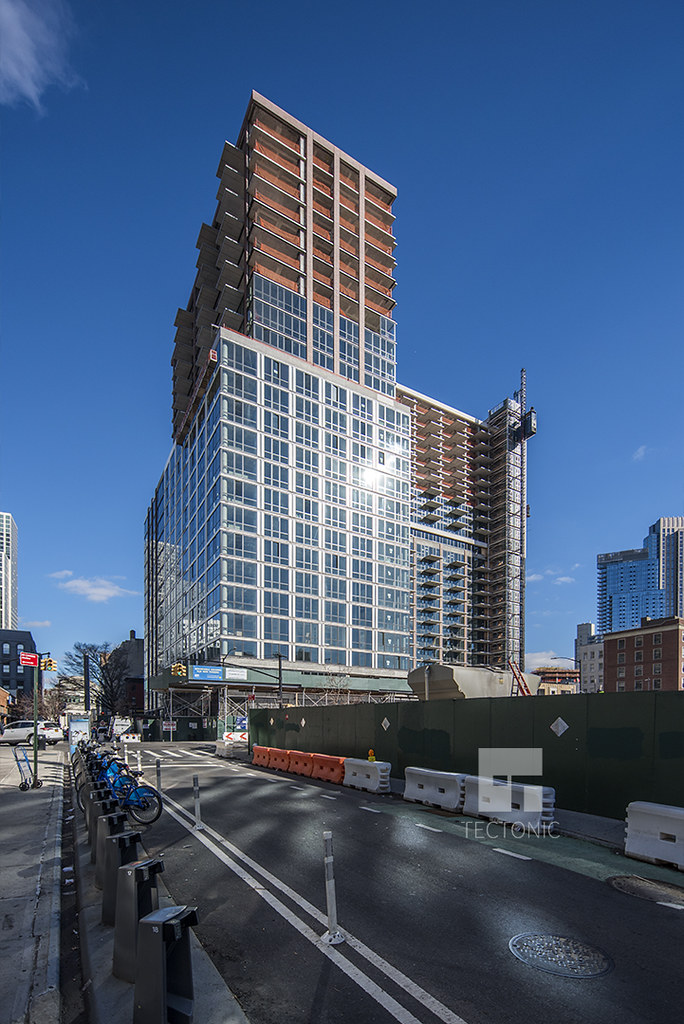 Thanks for the update tec, if you get a chance try to get some more recent ones.