This thread is dedicated to large and small construction projects located in White Plains, in Westchester County, N.Y.

Revealed: The Prelude, White Plains BY: STEPHEN SMITH ON AUGUST 8TH 2014 AT 6:00 AM [image] The Prelude, rendering by Dattner Architects In most of America’s largest cities, post-war public housing towers have been torn down and replaced with more urban designs. New York City is the exception – whether because of the relatively good condition of our projects during the dark days of urban decline, or the militantly hostile attitude towards redevelopment held by tenant groups today. To our …

Westchester Pavilion in White Plains will be torn down to make way for commercial and retail space, restaurants and apartments

“The Collection” on Westchester Avenue. 3 buildings. 1M sqft, mixed use. 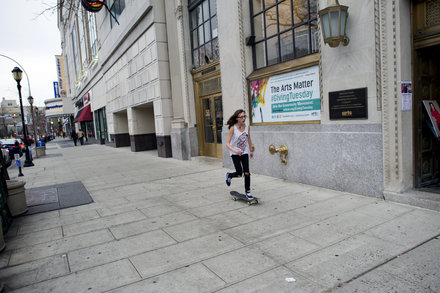 In White Plains, New Places to Live and Linger

The city hopes to attract millennials downtown with competitively priced housing, stores, restaurants and other amenities.

I spotted this rendering in a google search a few months back. I’ll try to dig up the source.

There is a study underway to improve the area around the Transit Center. Here’s the website which will provide progress updates.

I’ll be in white plains tomorrow. I’ll get some pics of 55 Bank Street and the surrounding area.

55 Bank Street is still a pit, with work ongoing. Steel is on site. It was cold and there wasn’t much to see so I didn’t spend the time to schlep around taking pics there.

I believe this is “The Prelude” 60 South Broadway - It looked like it hasn’t been fully cleared out yet. Not much left though. White Plains has OKed the rezoning of a previously light industrial area to one that allows for residential development. The city is attempting to increase the use of their Metro-north Transit Center by allowing for the construction of more housing within walking distance of the station as seen in previously posted projects. The light industrial area is pretty much an eyesore that virtually all residents will be more than happy to get rid of. An attractive development in the area will do a lot towards improving the appearance of the city, especially from the trains that pass close by.

The mixed-used development is located near the train station.

This is the first project under the rezoning. A welcomed improvement, if you ask me. I just hope the facade isn’t as cheap as that of The Prelude’s

a renovation/conversion. The renovation is welcomed - the building right now is an eye soar. I feel kind of bad for the seniors though. This is another example of the push by suburban cities to attract younger residents.

Westfair: The Esplanade readies for makeover

[QUOTE]After receiving the go-ahead from the White Plains Common Council, The Esplanade will be converted from a senior-citizen residence to apartments and studios as part of a $35 million mixed-use redevelopment.

The buildings at 95 S. Broadway and 4 Lyon Place will be changed over to 212 luxury studio, one- and two-bedroom apartments that are expected to draw 346 new residents. The aging exterior of the 15-story main building on South Broadway will be replaced. The project will also feature 9,000 square feet of street-level retail and restaurant space and 9,000 square feet of medical office space in the two buildings.

Construction is expected to begin in 2017 and will take about 15 to 18 months to complete, said Geoffrey Thompson, spokesman for the Esplanade’s owners.
[…][/QUOTE] The mall at 200 Hamilton Ave. would be replaced by a residential tower, green space, parking and retail.

With Sears on death’s door and Macy’s closing stores, I hope that the Galleria’s demise is forthcoming. An outdoor retail scheme with towers on either end would be much nicer there.

PS: Here’s A project on the Scarsdale Chateaux site

I missed this. The Esplanade is utterly horrible! I welcome its redevelopment.

The group of about ten, one-story buildings on East Post Rd and S B’Way (across from
the Westchester Pavillion) are empty. I hope they come down.

WP has a lot of potential.

several long term scenarios have been presented for future redevelopment of the transit district. I like scenario B. Scenario A gives lots of public space, B has less space but more density, and C has the most density.

Tthis project has topped out.

Nearby, Some nice new mansions (all over 10,000 sf) are under construction and/or recently completed.

I think they look nice, and they’re a lot more than you can get in Manhattan for $6m to $8m.