this could be something for YIMBY to watch… New Rochelle is a short trip from the city and a recently approved redevelopment plan will allow its burgeoning skyline to continue its rise. According to LoHud’s Journal News, the master developer is already planning a new high rise to begin this transformation of the city’s downtown area.

[QUOTE]RDRXR, the city’s master developer, is eyeing the defunct movie theater, at 587-599 Main St., as the site for a 24-to-28 story, mixed-use retail, office and residential development under a recently-approved zoning change.
That rezoning paves the way for developers to build new restaurants, retail and 5,500 residential units in downtown New Rochelle over a 10-year period.[/QUOTE]

The skyline of New Rochelle, photo by David Oppenheimer

Nice! The NYT recently had an article about several new towers poised to rise in WP too.

As a sign of its commitment to downtown New Rochelle and its belief in the transformative impact of the Revitalization Plan, RXR has entered into an agreement to joint venture with the existing owners of a site on the western side of downtown, called 587 Main Street.

Anup Misra, head of East & Hudson New Rochelle, LLC, is planning to develop a six-story, 71-unit mixed-use building at 165 Huguenot Street, in downtown New Rochelle, a few blocks from the town’s Metro North station. The building will measure 64,000 square feet, and will include 3,000 square feet of retail space on the ground floor. Units will be rentals, and will range from 500 to 975 square feet. A two-story warehouse must first be demolished, but construction is expected to begin next spring, with completion in 2017. Manhattan-based Magnusson Architecture & Planning is designing.

matches up with “The Print House”

I might check in with how things are going in White Plains after the Blizzard. I know there is at least one noteworthy project going on, a two-building development down the road from the transit center.

2 potential developments: a new hotel and a mixed use tower at the current site of New Rochelle’s downtown library.

LoHud: Another hotel could be coming to New Rochelle

[quote]NEW ROCHELLE - The city is exploring the idea of adding another hotel to its downtown redevelopment efforts.The
goal: attract a world-class hotel — with a meeting space or conference
center — near the train station, according to a request for proposals
for consultant work.
[…][/quote]

[QUOTE][…]
The property, at 1 Library Plaza, is in the center of an area labeled as the downtown core district by the city’s master developer, RDRXR.
[…]
But the library is a separate entity from the city, so RDRXR doesn’t have rights to the property, and it won’t unless library officials agree to a deal. The assessed value of the library is approximately $12 million.
[…]
New Rochelle Mayor Noam Bramson stressed the importance of having a library that is “as good or better” than what’s currently there.
“Any project would begin with that requirement,” Bramson said. "If that condition is met, then the library site has tremendous potential given its location in the heart of the downtown and proximity to the train station.
[…]
Merchant said RDRXR would like to relocate the library to another location in the area. In its place, he said they’d like to erect a mixed-use building with office space, retail and hotel rooms. There are no concrete plans yet.
[…][/QUOTE]

I’ll probably swing by 55 Bank Street in White Plains to check out the progress sometime this week or the next.

welp, we have a reveal - The first tower, 587 Main Street, was unveiled at the mayor’s State of the City on the 3rd. It doesn’t look nice at all. I welcome the height though, 28 floors is nothing to scoff at north of the Bronx.

a 48 story tower could be built where the public library is. That could potentially be the tallest tower between NYC and Albany, or even in all of New York State outside the city.

[QUOTE][…]
A developer is eyeing 1 Library Plaza as the possible anchor for a revitalized downtown. But the seven library trustees will ultimately decide what happens to the site.
[…]
Under RDRXR’s plan, which was approved in December, a developer could build up to 48 stories on that property. And the boundaries of a potential arts and cultural district were drawn around the library in the latest draft.

The site is currently home to the city’s public library and newly renamed Ruby Dee Park, which library patron Shelley Berlincourt said is being overlooked.
[…][/QUOTE]

RXR will get some equity from a few of Extell’s NYC projects, including 252 South Street. RXR will finance three Extell projects in exchange for equity, 50% of cash flow

UPDATED: March 15, 4:50 p.m.: Gary Barnett will get by with a little help from his friends at RXR Realty, for a price. Scott Rechler’s firm is set 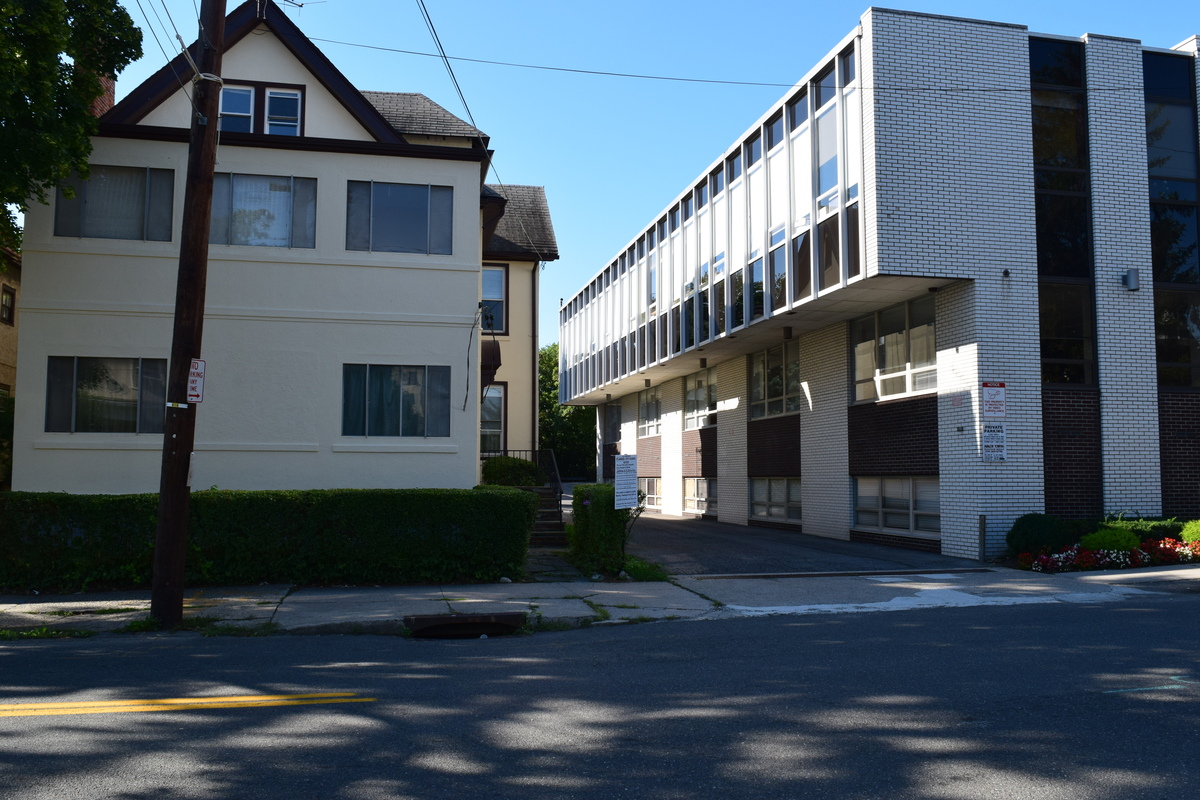 YIMBY has the latest news of the six-story, 110-unit residential project planned at 22 Burling Lane, in New Rochelle.

[quote]At the latest City Council Meeting, Twining Properties presented their
vision for Echo Bay that includes a mixed-use, multi-purpose development
where the current City Yard is located.
[…]
According to city officials, the “Pratt Landing” plan calls for a mix of
residences, stores, offices, open space and a hotel, surrounded by a
waterfront esplanade. When progress is made, the city plans to work with
Twining Properties and the community to determine the best use of the
adjoining Armory.
[…]
“An open, vibrant, clean, active waterfront would benefit our entire
city enormously, so I am very excited about the possibilities. But even
under the most ambitious timetable, infrastructure work could not
commence until late 2018, with above-ground construction beginning in
early 2020, so patience and careful deliberation are still required.”
[…]
[/quote]

this tower might be visible from the taller observation decks in the city, over co-op city 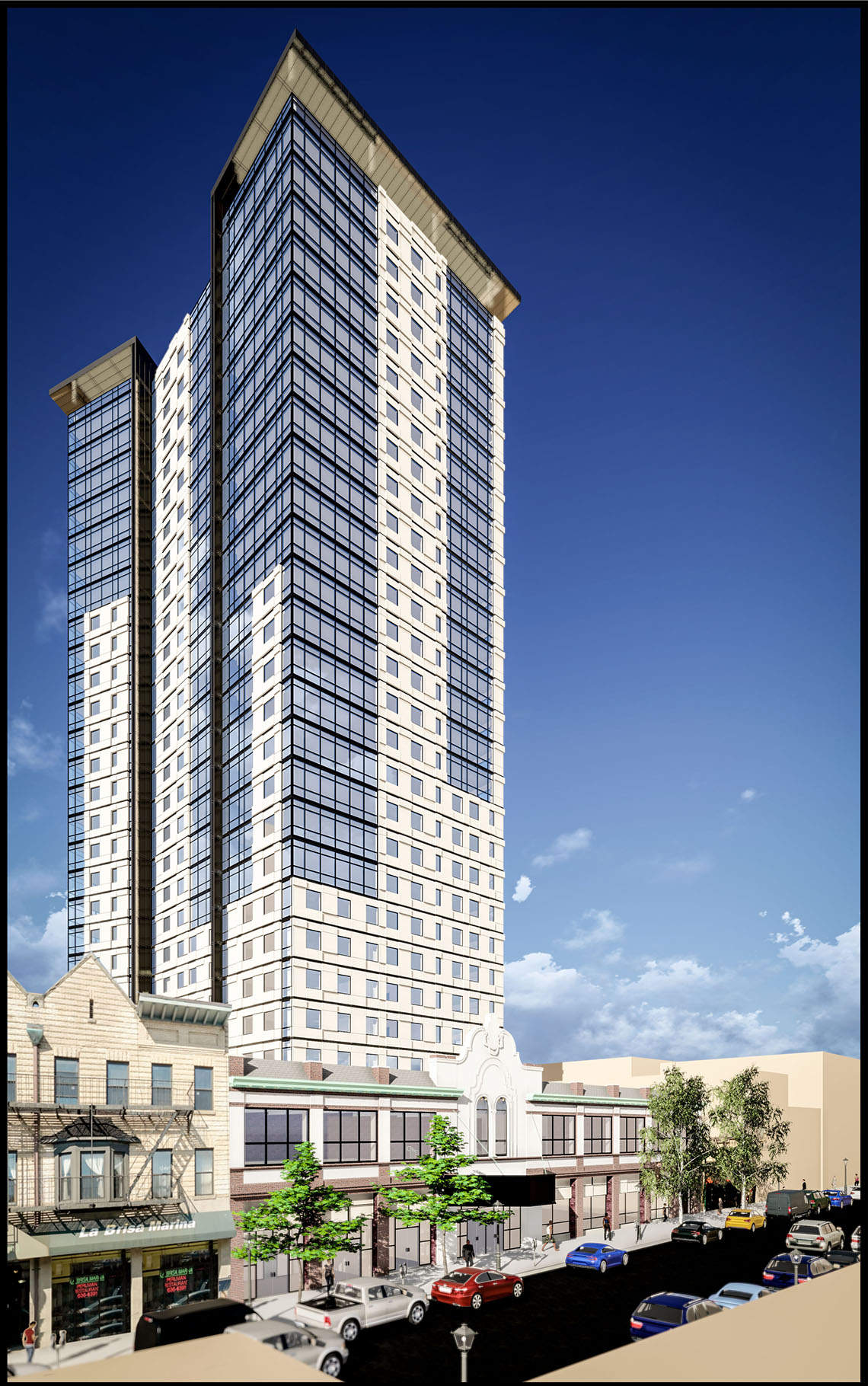 YIMBY has the latest news of the 28-story, 280-unit mixed-use tower planned at 587 Main Street, in New Rochelle.

Another new 28 Floor tower will be coming to downtown. The city has issued a RFP.

NEW ROCHELLE, N.Y. - As New Rochelle officials continue “one of the most ambitious downtown development initiatives in the history of the Hudson Valley,” they have opened up bidding for a valuable city-owned property on Harrison Street.O...

The Lombardi is a residential development which was recently completed.

Nice Would be better if there wasn’t a Giant Slab down the side of the building.

New Rochelle developer Robert C. Young sees North Avenue near Iona College as a prime place for development, and he is backing his belief with two projects budgeted at $90 million. The city’s Industrial Development Agency gave the Young ...

down the line is another phase.

[quote][…]
In a year or so, Young hopes to start construction on North Avenue West, a similar building on 0.86 acres across the street.

The six-story building, as currently designed, would have 75 apartments, including eight affordable units, 7,135 square feet of retail space, and parking.
[…][/quote]

I love this project will drastically Change the neighborhood!

The Cappelli Organization is planning to partially raze the nearly 100-year-old downtown building.