What are you Most Looking Forward to in 2018?

9 Dekalb finally getting off the ground
One Vanderbilt making initial impact on skyline
Start of replacing the NYC subway signal system
CPT reaching top out (Is that possible this year?)
Tower Verre top out and complete cladding
80 South moving from proposed to under construction
2 WTC rising (prefer Foster design though)
Permits for more super-tall (preferably office buildings) and NYC first mega-tall

Also 99 Hudson topping out (maybe at the end of 2018?) should be pretty cool - the facade is looking real nice so far… 900 feet doesn’t seem so mind-blowing these days, but 99 Hudson is taller than any building in Miami, Minneapolis, Pittsburgh, Denver, Boston, etc. It will help unify JC’s downtown and will be very prominent from many vantages.

To add with everyone, 125 Greenwich topping out, close to clad being done by the end of the year

I was just walking around jsq 2 days ago and realized that aside from a few very small projects, jsq is dead at this point. None of the large or medium sized projects have anything going on. So I too am really looking forward to some new progress there in 2018.

aside from all the other great projects already listed above, I am also looking forward to watching the spiral and 50 hy start to rise side by side this year. I dont love either design and both had more potential, but it will be cool to see 2 monstrous office towers rise across the st from each other.

Also looking forward to seeing the new group of 700+ ft towers to start rising in LIC.

For Philly, I’m looking forward to seeing the Comcast Technology Center completed, the Schuylkill Yards towers to start (they started working on the Bulletin Building in December) and the W Element Hotel to be finished maybe by the end of the year

Really looking forward to that Schuylkill Yards project. Will you be our photographer?

Well of course! I can’t wait to document Schuylkill Yards and Philly District 30…a 30 year documentary of construction! I’m sure more buildings will be proposed in Philly through time

We will likely all be dead before that happens.

Well 3 WTC opened up, cross it off your BINGO cards folks.

In case you missed it Domino Park opened up recently and they did a great job!

The park, designed by the same firm behind the High Line, is one of the first pieces of the larger Domino megaproject.

Well, so far the biggest disappointment in 2018 is not having a tenant lined up for 2WTC

shoutout to @oneWTClights who wanted to see Amazon select the WTC for HQ2, not quite, but can’t be too down in the big picture

For the most part, the other items discussed are coming along or completed.

I’m thankful and hopeful that, with the coming of Amazon, developers see the potential of all five boroughs. Once you go outside Manhattan, architects and engineers have more options than only building up. I think Apple Park by Norman Foster is a beautifully designed building. Something like that comes within the realm of possibility once you’re able to look past Manhattan’s skyscrapers. I hope that there is a visible shift away from just Manhattan when people think of the great buildings of New York.

Apple Park as more like the last gasp of the suburban 20th century. It treads the same ground as Saarinen’s office parks. It’s another example of Foster’s retreading of old ideas and designs. It also has more parking space than office space. 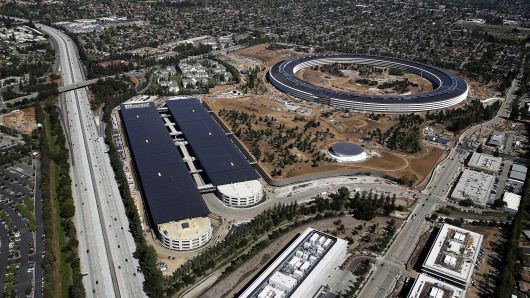 If anything Amazon coming to NYC is further proof that bean counters and decision makers are realizing that the suburban model is a dead end. Just look at Bell Labs in Holmdel where they’re spending tens of millions of dollars to try to build it up.

I hope Foster steps up his game for Park ave.

For a 2019 list, we should expect CPT, 111W57, 425 Park to top out. Hopefully One Vanderbilt follows that. Others to look forward to are the Amazon HQ2 design being released, HY phase 2 release and for the love of god 2 World Trade to finally rise. The shed, shops at HY and the Vessel should open right before summer, so that’ll be great to see when I come back for a 2 day trip in August

For 2 WTC, instead of being limited by only two designs (neither one of which seems to have generated huge support), why not open it up to everyone to submit designs? Since there’s no anchor tenant at present, what’s the harm in seeing if a lesser-known comes up with a design that ends up securing the right tenant for that design? At present, with only two options on the table, I can see why it’s hard finding someone.

That’s a well-argued critique even if I don’t agree with all of it! Well put